Attention presidential debate junkies. There have been three female moderators of four separate debates since these televised face-offs became part of the American political landscape in 1960.

Despite widespread media reports hailing Simpson — now a college journalism professor — as the first woman to referee a close encounter of the presidential kind, she was, in fact, the last. Later this month, she will become the penultimate female moderator when Candy Crowley of CNN does the honors for President Obama and former governor Mitt Romney in a town hall setting.

The confusion persists, no doubt, because of the changing sponsorship of these high-stakes events, which since 1987 have been controlled by the Commission on Presidential Debates. Simpson herself declared in a recent Atlantic.com post that “Way back in 1992 I became the first woman and first minority to moderate a presidential debate. This past summer I was constantly asked, ‘Why hasn’t another woman moderated a presidential debate?'” Perhaps what she meant was that she was the first person who was both a woman and a minority to moderate, and that’s accurate. 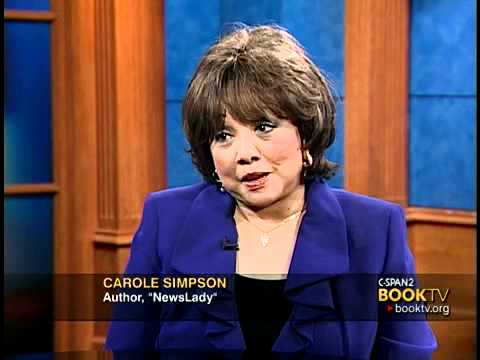 But she was neither the first woman nor the first African American. That would be CNN’s Bernard Shaw, who moderated the second 1988 George Bush-Michael Dukakis debate.

Frederick and Walters shattered this particular glass ceiling in 1976 — America’s Bicentennial, for what it’s worth — in the match-ups between President Gerald Ford and challenger Jimmy Carter. The first debate, on Oct. 6, was helmed by Frederick, then of National Public Radio, who was joined by three male colleagues. A journalistic trailblazer who died in 1990 at age 84, she began as a reporter at the old Washington Evening Star before launching a stellar broadcast career at NBC where she covered the United Nations for more than two decades, and then moved on to NPR. She is generally considered network television’s first full-time woman correspondent.

By the 1988 election cycle, the sole sponsor was the Debate Commission, which had replaced the League of Women Voters amid criticism that the new bipartisan, nonprofit group was little more than a tool of the Republican and Democratic parties. The commission — which continues to be criticized for a lack of diversity, having never picked a Latino or Asian moderator — turned to Simpson in 1992 to run the new town hall format. There were three principal candidates that year: President George H.W. Bush, former Arkansas governor Bill Clinton and independent H. Ross Perot.  Simpson has since likened her moderating gig to that a “traffic cop,” the journo-politico equivalent of Oprah Winfrey.

There is nothing moderate about the current debate over debate moderating. In recent days, Jim Lehrer — presiding over the first mash-up between President Obama and former governor Mitt Romney — was widely blasted for letting both men steamroll him during his 12th stint as candidate questioner.

And ABC’s Martha Raddatz, who will moderate the upcoming debate between Vice President Joe Biden and Rep. Paul Ryan (R-Wis.), was called out for potential bias by the Daily Caller because then-Harvard law school student Barack Obama, a classmate of her now ex-husband, Julius Genachowski, attended their 1991 wedding. They split six years later, and both have remarried

Make no mistake. Debates can be high-stakes political events. Just ask Obama, who has seen Romney surge in the polls after a strong showing in Denver earlier this month.

Annie Groer, a 1988 Bush-Dukakis debate panelist while at the Orlando Sentinel, is a former Washington Post and PoliticsDaily.com columnist and reporter whose work has also appeared in the New York Times, Town & Country and More. She is at work on a memoir. @anniegroer