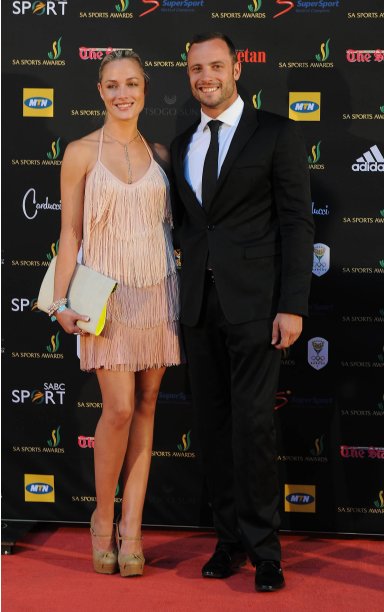 If, as I do, you love track and field, you know who Oscar Pistorius is.

If you are someone who is moved by stories of individuals who triumph over adversity, you no doubt know the story of Oscar Pistorius.

Until Thursday, his life has been one of those heart-wrenching, awe-inspiring stories that allow people — regardless of circumstances — to know that with the love of families, the support of a community and sheer determination, all can achieve their dreams. In April 2012, Time Magazine named Pistorius, one of six athletes, in its list of “The World’s 100 Most Influential People” and remarked that he is “the definition of global inspiration.”

Born without fibulas in his lower legs, both of Pistorius’s legs were amputated below the knee before he was one-year-old. He earned the nickname of “Blade Runner” because of his J-shaped prostheses, called “Flex-Foot Cheetah blades.” Each blade is a “custom-built, high-performance carbon fiber foot designed primarily for sporting activities.”

On its Web site, Össur, the manufacturer of the Flex-Foot Cheetah blade, claims its product is preferred by “amputee athletes around the world and used by champions such as Oscar Pistorius. Athletes Jerome Singleton, Jonnie Peacock, April Holmes and countless others also use the Flex-Foot Cheetah as their competitive foot of choice.”

Pistorius fought a four-year battle to compete against able-bodied athletes at the Olympics as the first double-amputee runner in Olympic history. He won that battle and, at the 2012 London Games, represented South Africa in the 400 meters and  4 x 400 relay. Pistorius did not advance to the finals in the 400 meters. However, he retained his Paralympic title in that event.

Pistorius forever changed the meaning of determination and our view of what it takes to be an athlete after he competed in the Olympics last summer. Thousands of people around the world cheered him on because, as Washington Post columnist Sally Jenkins observed, “There is no artificial enhancer that can give a man without legs the will to run in the Olympics. Oscar Pistorius’s prosthetic calves are hardly his greatest advantage. You can’t manufacture his brand of emotional gasoline, or build aspiration out of carbon fiber, or put it in his blood with EPO, either. The substance he runs on is called the athletic heart, and there is no external way of acquiring it and it’s why our fretting over so-called ‘enhancement’ is misguided.” 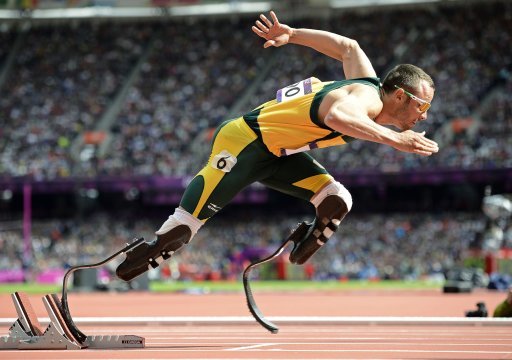 Thursday, Pistorius was charged with the murder of his girlfriend, Reeva Steenkamp, at his home in Pretoria, South Africa. According to The Guardian, Steenkamp was shot four times.

We do not yet know what  lead to the death of Steenkamp. Was the shooting an accident? Did Pistorius believe his girlfriend was an intruder? Or was this the final act of domestic violence in a troubled relationship?

A recent AP/Herald News story cited police as saying that “there was a recent history of problems involving him.” And the story also said that [South African] police spokeswoman Brigadier Denise Beukes referred to “allegations of a domestic nature,” as well as the fact that Pistorius was at his home when Steenkamp died and that “there is no other suspect involved.”

The sad irony in the death of Steenkamp is that not only did she lose her life on Valentine’s Day, but she died on the 15th anniversary of V-Day, a global movement to end violence against women and girls. On Thursday, Feb. 14, One Billion Rising invited women around the world to participate in events honoring the one in three women who will experience sexual abuse and violence in their lifetimes.

One Billion Rising is a “global strike; an invitation to dance; a call to men and women to refuse to participate in the status quo until rape and rape culture ends; an act of solidarity, demonstrating to women the commonality of their struggles and their power in numbers; a refusal to accept violence against women and girls as a given; and a new time and a new way of being,” according to its Web site.

On Thursday, from Turkey to New Delhi to the Democratic Republic of Congo to Taiwan to Brazil to cities across the United States, women and men protested violence against women and girls.

Steenkamp “spoke out on Twitter against the rape and abuse of women” the AP reported. I pray that Steenkamp was not a victim of abuse like millions of women around the world. But if the facts prove that she was, let us pray that her death will not be in vain.