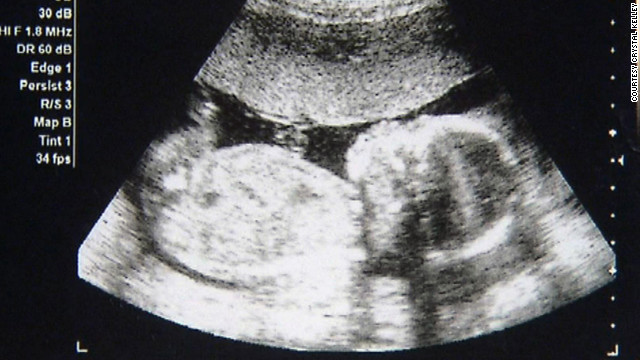 A surrogate mother and the couple that hired her make a painful discovery after an ultrasound: Their unborn child will have serious health problems and will possibly never have a “normal” life.

The biological parents, who say they cannot bring a child into the world to endure so much suffering, offer the surrogate, who is struggling to make ends meet, $10,000 to abort the baby. The surrogate, who feels she has to fight for the life of the child inside her, refuses and flees to a state that does not recognize surrogacy laws. She finds adoptive parents. One month before the due date, the genetic parents (who, it turns out, actually used an anonymous egg donor) file in the original state to be the legal parents.

No, this is not some hypothetical case study in a college ethics class. This is the true story of a woman named Crystal Kelley, who moved from Connecticut to Michigan to give birth to a child, a decision that was not legally hers to make. At one point — in a weak moment, she has said — she said it would take $15,000 to make her do something that was against her religious beliefs.

The two sides eventually did come to an agreement: The father would relinquish his parental rights on the condition that he and his wife could stay in contact with the adoptive family about the baby’s medical condition (which doctors realized was even more critical once she was born).

The story of Baby S., as she has been called, is about who has the right to choose whether someone lives or dies and what “quality of life” really means — the heart of the matter of the abortion issue. It’s the newest thorn in a national debate that seems to become more divisive with every passing week. (This week, for example, the focus is on a bill in Arkansas that would implement the most stringent limits on abortion in the country.) Baby S.’s story has gone viral on and offline, with people praising and vilifying both sides and debating the legal, moral, monetary and philosophical parameters of the case. One reader on CNN even questioned whether surrogacy should be legal.

My immediate reaction to the story: Yikes.

As a born-and-raised Louisianan who was brought up Catholic, I identified as “pro-life” for years. (I was president of my all-girl Catholic high school’s Abstinence Club, and even went to Washington, D.C., once for a national abstinence conference.) Now, as a feminist and lapsed Catholic living in Istanbul, I struggle with this issue that seems to so vehemently pit us against one another and, therefore, I simply try to find common ground with people on both sides … or not touch the hot-iron issue at all.

Kelley realizes how many people not only disagree with her actions but think she “was bad, that I was wrong, that I would be damned to hell.” Really? Damned to hell?

“No one else was feeling this pregnancy the way that I was. No one else could feel her kicking and moving around inside,” Kelley told CNN.

Was she right? Was she wrong? Regardless, should this very specific, Lifetime-eqsue story inform our opinion on abortion policy?

Perhaps this is ambitious or downright naive, but could this story not serve as a reminder that few issues — in particular abortion — are black or white and deserve open-mindedness and understanding? Or is someone always going to be damned to hell?

Aly Neel is a journalist based in Istanbul. Follower her on Twitter at @AlysonNeel.