With disposable cameras, the hardest part is the waiting.

In the past year, we sent the cheap, plastic cameras to 25 women across the country, along with a simple task. We asked them to photograph their lives over the course of a few weeks: their loved ones, their Friday nights, their quiet moments alone. They sent the cameras back to us, and we took them to one of the last remaining film shops in Washington, D.C., a block from our office, to get them developed.

These women are mothers, Hollywood actresses, retirees. They are cookbook authors and NASCAR drivers and college students. They span four generations, live in the Midwest and the Northeast and the South.

In the age of Instagram and the Internet, it’s too easy to snap, edit and curate our lives. Instead, these women captured their lives on film, with no real idea of which photos would turn out, no ability to edit away the imperfections. Then, they waited. Maybe you know the feeling — that fluttery anticipation when a boxy camera is magically transformed into photographs.

In the end, the Disposables is an exercise in patience. In taking the time to see the world through women’s eyes. We wondered, what do those moments look like — the ones worth waiting for?

You’re about to find out.

Kristen Bell is an actress and singer, best known for her starring roles in NBC’s “The Good Place” and Disney’s “Frozen.”

She is 39 and lives in Los Angeles.

“I entered into this project for the fun factor, but ultimately it had an unexpected impact. I use social media often and have become accustomed to this newfangled way of capturing our lives — one steeped in perfection and extrinsic validation. This transported me to a time before instant gratification. To a time when we didn’t take 30 pictures in anticipation of picking just one. To a time that is much more present. It made me reflect on the imperative we place on immediacy in today’s culture and the habitual desire to capture our ‘best’ selves. This project reminded me that it’s actually the small, non-filtered moments that make up our ‘best’ self.”

Princess Nokia, whose birth name is Destiny Frasqueri, is a musical artist and actress. Her most recent singles include “Sugar Honey Iced Tea (S.H.I.T)” and “Balenciaga.”

She is 27 and lives in New York City.

“I look forward to this next chapter in my life. I’m both nervous and excited. I’m happy to have been a part of this project and share snapshots of my world the last couple of months.”

Katie Couric is an award-winning journalist.

She is 63 and lives in New York City.

“Most of these pictures were taken in my happy place, East Hampton. Summer is my favorite season and the rare times I can have my girls together is such a treat. We have a routine in the Hamptons. We often go to Goldberg’s to pick up iced coffee before we go spinning and grab bagels afterwards. The white table with the shells on it used to be on my parents’ porch in Virginia, so I always think of them when I look at it. I love dining al fresco (as they say), so I wanted to get a shot of my table prepped for a delicious summer meal. I think Wiborg is one of the most beautiful beaches in the world, so of course I had to capture that too. Especially late in the afternoon with cheese and wine at the ready.”

Cynthia Gutierrez is a program manager at the University of California at San Francisco’s medical center.

She is 29 and lives in Oakland, Calif.

“As a first-generation Central American who grew up in San Francisco, the city is no longer my home. My family and I were pushed out before the tech boom came to the Bay Area. I currently live in the Fruitvale district of Oakland — one of the few diverse neighborhoods in the city. I wanted my pictures to show Oakland construction that continues to contribute to the gentrification of the town in juxtaposition with pictures that show communities that continue to exist and resist being pushed out.”

She is 28 and lives in Charlotte.

“I travel a lot, but the week that I documented was by far the busiest, with six states and two countries being covered in one week. I found that I wanted to capture the ‘seemingly mundane’ things that are different from place to place. I found I asked people to take photos of me ‘in action,’ because so much of my life is centered around the physical and the moving.”

Lynn Fowler is retired. She was previously a ranch and rural land appraiser.

She is 74 and splits her time between Silver City, N.M., and Tucson.

“Most of my photos were in New Mexico, some in Arizona, but in both locations I was drawn to photograph my animals and the outdoors — the beings and places that I treasure and give solace.”

Alison Roman is a cook and writer. She’s the author of “Dining In” and “Nothing Fancy.”

She is 34 and lives in New York City.

“Some of these photos are from shooting the New York Times’ ‘Small Kitchen, Big Thanksgiving’ video, hence all the equipment. There were so many people in my apartment that night, we drank so much wine, we had the best time. You can watch it all on YouTube.

And here was the turkey, pre-roast. I roast mine on a sheet pan instead of a roasting pan because honestly I do not own a roasting pan and don’t think you need to, either. Maybe the best turkey I’ve ever had (the recipe lives on the NYT Cooking site).”

She is 32 and lives in Harrington, Del.

“As a first-time, stay-at-home mom who left a rewarding job, my days now consist of changing diapers and keeping my 17-month-old from eating cat food off the floor. While not terribly exciting, these photos are a good reflection of my daily life. Staying at home with my son has taught me to see things from a child’s perspective again and enjoy the little things.”

Eva Gutowski is a social media influencer with more than 10 million subscribers on YouTube.

She is 25 and lives in Los Angeles.

Clarice Metzger is a creative strategist.

Grace Potter is a Grammy-nominated singer and songwriter. Potter released her most recent album, “Daylight,” in October.

She is 36 and lives in Topanga, Calif.

“There’s something incredibly gratifying about not getting that ‘instant’ gratification. When I think about the days I had the disposable camera, I’m not as interested in the photos that were taken as I am in the way it made me reconsider the way I see the world. The point and shoot captured a window of time that was really exciting for me and I’m glad I had a different perspective on it. I actually went out and bought myself a point and shoot that’s on tour with me now. I think that’s how I’m going to document things from now on.”

Katie Carter is a pilot.

She is 26 and splits her time between Bethel, Alaska, and Puyallup, Wash.

Mary H.K. Choi is the best-selling author of “Emergency Contact” and “Permanent Record.”

“I love the mystery and intentionality of this project. Taking photos without the satisfaction of instant gratification or filters is sort of freeing. Do-overs should have a cost, physically and energetically.”

Mary Farmer is a visual artist.

“On this camera are mostly photographs of my adventures working on a snorkel crew for Idaho Fish and Game. I was the only woman on my crew. As a woman who works a traditionally male job, I have a lot of thoughts about traditional gender roles and women’s roles in conversation, and doing things that are out of your comfort zone.”

Aisha Dee is an Australian actress who has most recently starred in “The Bold Type.”

She is 26 and lives in Los Angeles.

“I love the way film captures life, the beauty in the imperfection. Honestly I don’t even remember what I took photos of, and that’s the best part. The anticipation of waiting for a roll of film to be processed reminds me of growing up; there’s something kind of romantic about it.”

Saher Jilani is a manager of training.

She is 40 and lives in Annapolis, Md.

“This was fun, and I’m excited to see what comes from the whole project.”

Ally Maki is an actress known for her role in “Wrecked” and her voice role in “Toy Story 4.”

She is 33 and lives in Los Angeles.

Alexandra Adcock is a college student living in Ohio.

She is 20 and originally from San Fernando Valley, Calif., where these photos were taken.

She is 50 and sails between locations.

“The project was interesting. After a winter in the Bahamas, we were in the United States with a plan to sail the East Coast. Family issues and boat projects kept us tied to a dock for most of the summer. I remember trying to look at the world through a different lens (literally). We are so used to instant share with all the filters and editing. My world is both very small, living in about 300 square feet, and immense, with the world outside my door when we move. I tried to share a bit of both of these views.”

They are 40 and live in Vancouver, Canada, and Los Angeles.

“Fresh out of high school in the late ’90s, we started touring the world. We had no smartphones or fancy digital cameras to document our first adventures as a band. Instead, we’d bring disposable cameras with us, painstakingly deciding when and what to shoot as we slowly used up the available shots throughout the tour. Touring mainly consists of traveling, sleeping, eating and waiting around. Often at the end of the tour, we’d have three or four cameras to get developed. Dropping them off, we’d feel anxious to see what would be contained.

Looking at the developed photos a week later, we always felt a little disappointed. It was usually just photos of us in vans, in airports or sitting backstage eating, sleeping or waiting. Over the last two decades, we’ve come to appreciate those many moments of eating, sleeping and traveling, though. The fans document so much of the public, front-facing, onstage moments. But those countless hours spent waiting backstage, or traveling to the next city, are still ours to capture.”

Kimrie Lewis is an actress known for her role on “Single Parents.”

She is 37 and lives in Los Angeles.

“I never respond to anything like this — I already have enough on my plate and am scrimping for time to sleep let alone sign up for another thing that takes time. But this project excited me because I could once again be an artist/photographer and get a chance to use my skills and my chosen career path.”

Jaye McAfee is a flight attendant.

She is 52 and lives in Houston.

Charissa Lucille is a multimedia artist.

She is 28 and lives in Phoenix.

“You can call this series ‘A Millennial Buys a Home.’ I’ve worked years toward this accomplishment and even while I was in escrow, I read articles about how millennials can’t buy homes. This was an extremely challenging process and I’m still a bit shocked my fiance and I pulled it off. Now, I’m waking up with my family in a home I purchased, and it feels magical, like a feat that was unattainable.”

Editing by Lena Felton. Art direction by Amy King. Illustration by Mora Vieytes for The Lily. Animation by Chloe Meister. Design and development by Christine Ashack.

From a modern-day circus to California’s female firefighters, here are The Lily’s best photos of the year Turning 30, according to The Jessicas

In 1989, the most popular name for girls was Jessica. We found 10 people who were named Jessica that year to see what life is like for them in 2019 as they turn 30. 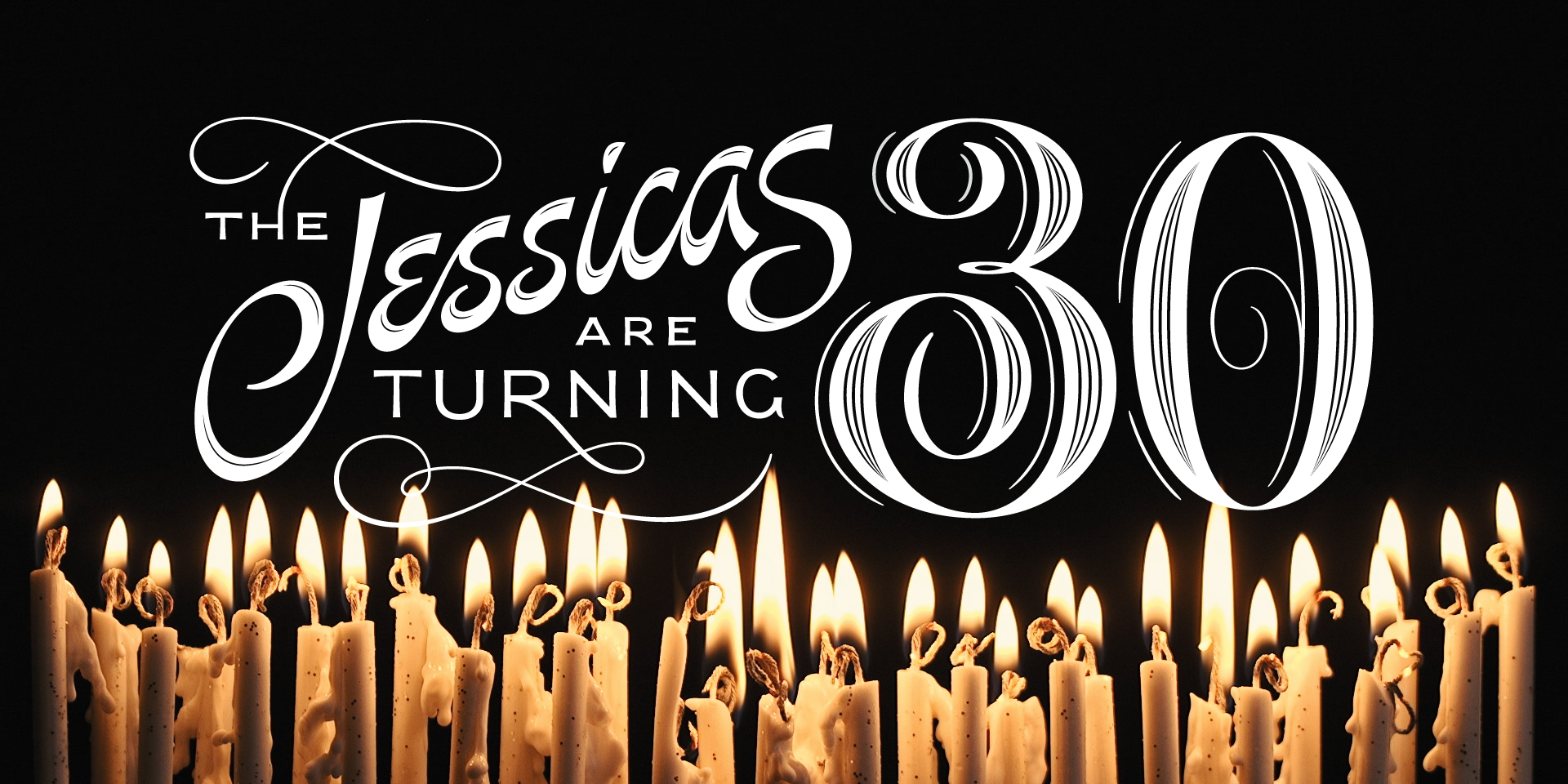