Exit poll results from four states are shown below. Stay tuned for updates as additional interviews are completed and votes are tallied. 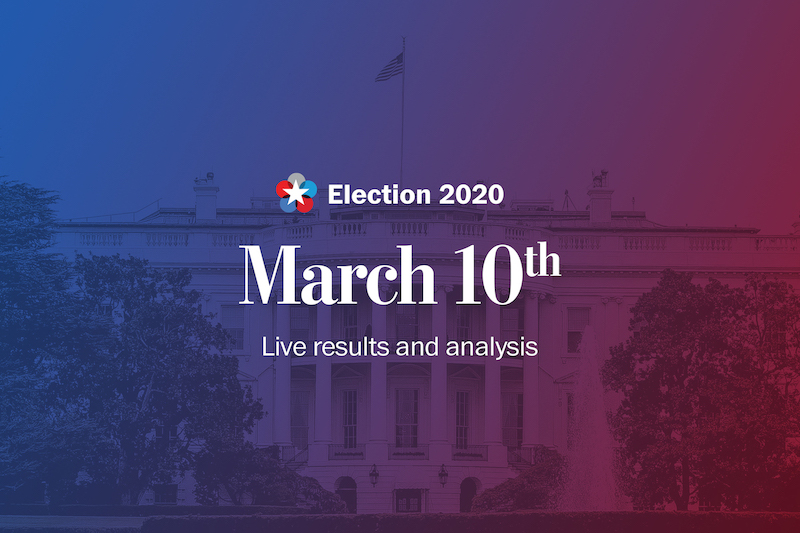 Six states cast their votes in the Democratic presidential primary on Tuesday. Michigan, one of the industrial Midwestern states key to Trump’s 2016 victory, offers the largest delegate haul. Sen. Bernie Sanders (I-Vt.) mounted a surprised victory over Hillary Clinton in Michigan’s presidential primary four years ago, and it will be critical again if he wants to halt former vice president Joe Biden’s momentum following Super Tuesday.

Michigan exit poll results did not include interviews with early voters, who were a significant share of the state’s Democratic primary voters, but the results give a snapshot of which day-of voting blocs backed each candidate.

Biden was fueled by a strong lead among black voters in Michigan, winning about 2 in 3, a familiar pattern for those watching the vote among this key Democratic constituency in earlier primary states.

According to exit polls, Sanders fell short of his 2016 performance among independents voting in Tuesday’s Michigan Democratic primary. Sanders led Biden by less than 10 percentage points among the roughly 3 in 10 voters that self-identified as independents. Four years ago he beat Clinton by upwards of 40 percentage points in this key group.

Moderate voters shifted toward Biden after his South Carolina victory and after several endorsements from candidates that staked out relatively moderate positions, but he solidified his claim to this group Tuesday. In Michigan, Biden won over 6 in 10 moderate voters, up from 52 percent who backed Clinton four years ago. Missouri told a similar story, with Biden winning 70 percent of voters who identify as moderate or conservative, up from 55 percent who supported Clinton in the state’s 2016 primary.

Results show the strengths and weaknesses of Biden and Sanders, according to a survey of voters as they exited randomly selected voting sites.

Each candidate’s seven most and least supportive groups

Based on support of in-person voters in Michigan exit polling

Exit polling from March 10 contests is below. Candidates who won a demographic group by eight or more percentage points are highlighted.

Related stories
Who has the most delegates after Super Tuesday? Exit polls from Super Tuesday, New Hampshire and South Carolina Entrance polls from Nevada The Trailer: Will the state that made Bernie Sanders's 2016 campaign break his 2020 campaign?

A previous version of the graphics at the top of this page showed median support across exit polls in three states, rather than just Michigan. They have been corrected.

Exit polls are results from a survey of voters as they entered randomly selected voting sites in Michigan, Mississippi and Missouri on primary day, March 10. Michigan exit poll results did not include interviews with early voters, who were a significant share of the state’s Democratic primary voters. Washington results are based on a phone survey of voters, because the state conducts its election by mail. The poll was conducted by Edison Media Research for the National Election Pool, The Washington Post and other media organizations. Results for typical characteristics have a margin of sampling error of plus or minus four percentage points.

Exit polling was not conducted in Idaho and North Dakota. Explore full results from: Mississippi, Missouri, Michigan and Washington.

See the strengths and weaknesses of each Democratic candidate, according to a survey of voters as they exited randomly selected voting sites across 12 states. See the strengths and weaknesses of each Democratic candidate, according to a survey of voters as they exited randomly selected voting sites across the state. Just tuning in to the 2020 Democratic primary? Start here.

Catch up on what’s happening with campaigns, candidates, polls and early states.