All hail Queen C: Female cicadas are choosy and in charge Yes, billions of male bugs are loudly and desperately searching for sex.

But: The lady bugs have all the power in cicada relationships, as they do in so much of the living universe.

She waits for Mr. Right

More males than females are usually ready to mate at any given time, said evolutionary biologist John R. Cooley, an expert on the complicated courting rituals of periodical cicadas.

That’s in part because males tend to emerge a little earlier, but mostly because each female usually mates only once, so she’s going to do a lot of swiping left before settling on a partner.

“If a male detects anything that even might remotely be kind of like a female, he’ll try to mate with it,” Cooley said. “The female’s going to be pretty choosy about it.”

And she makes him come to her place

During the height of cicadapalooza, legions of males belt out a near-deafening chorus of unrequited cicada lust. It basically means, “Does anybody, anywhere want to party???”

A female cicada won’t call back — she doesn’t have acoustic organs, and subtlety is more her style anyway. If someone sounds interesting, she responds with a coy wing flick that tells him, “Okay, you might do.”

Immediately, he will fly toward her.

She’s a sucker for a love song …

As he approaches, his call will become more intricate and intimate, probably introducing himself and trying to keep her attention without tipping off every other male in the area.

She listens for acoustic cues, such as notes in his song, to determine whether he has the right DNA. (Three kinds of cicadas make up Brood X, and males have no qualms about attempting interspecies hanky-panky.)

What else is she listening for? Only she knows. 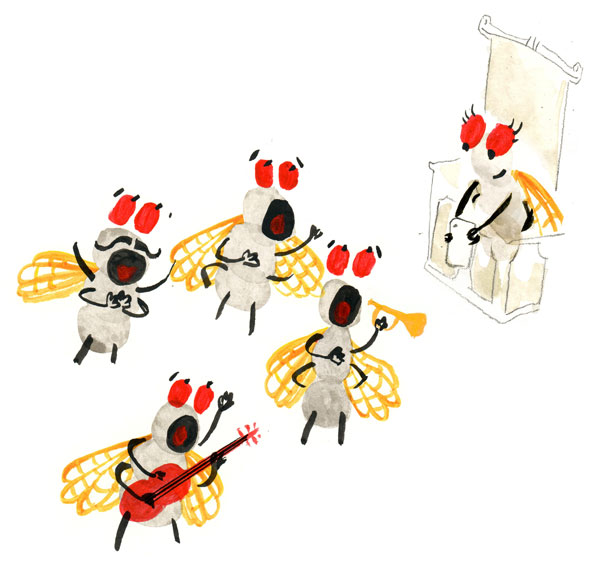 A rival may swoop in and try to drown out his call, the equivalent of blasting Metallica as he croons his finest “Love Me Tender.”

But he fights back with a sonic buzz of his own, bleeping out key phrases in the new guy’s lyrics.

He will call. She will flick. He will fly closer. Call. Flick. Fly.

If he is lucky, she will keep flicking, only for him.

… but no means no

Once they are next to each other, he will begin to touch her with his forelegs, hoping she’ll let him climb on top. It’s cicada foreplay. 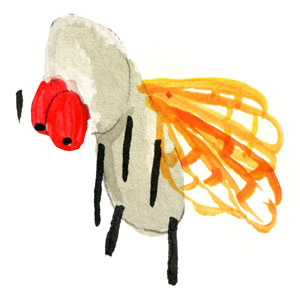 It’s also a bit dicey for him, because at any point, she may decide he is actually not Mr. Right — and wing-flick him right off. 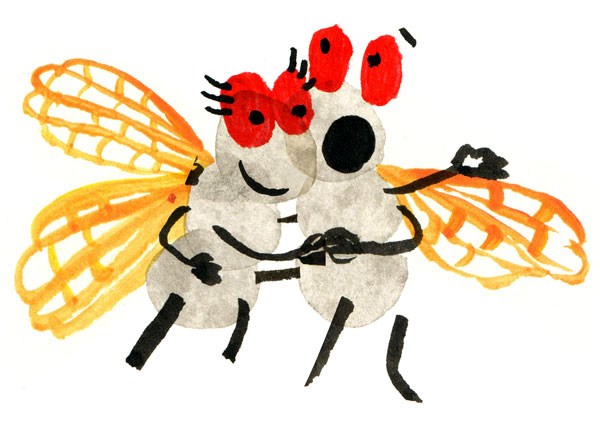 She is okay with taking her time

If she decides he is The One, they “engage genitalia,” as the scientists say.

Brood X copulation often lasts an hour or more. They have been waiting for 17 years, after all. (The longest observed was 96 hours, Cooley said, but it was cold and rainy, so things were moving exceptionally slowly.) 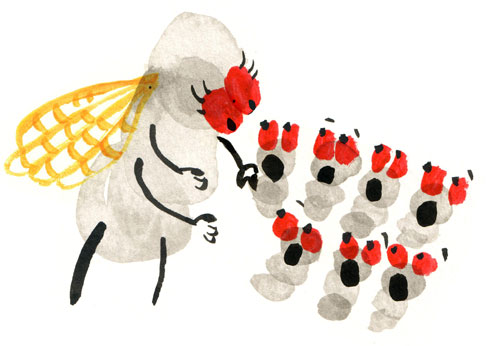 Finally, she does right by the kids

Afterward, he will flit off to seek another mate before he drops dead; she will focus on the children.

Within an hour, she will slice open a small tree branch and lay her eggs securely in the opening. Soon, she will die also.

About six weeks later, the eggs will hatch. Tiny nymphs will drop from the tree and burrow underground, where some of them will spend the next 17 years growing into the 2038 version of empowered cicada women.

Cicada reproductive information came from John R. Cooley, teaching faculty at the University of Connecticut at Hartford, and his Cicada Project; “Sexual Signaling in Periodical Cicadas, Magicicada spp. (Hemiptera: Cicadidae)” by John R. Cooley and David C. Marshall; “The Ecology, Behavior and Evolution of Periodical Cidadas,” by Kathy S. Williams and Chris Simon; entomologist Michael Raupp of the University of Maryland and its Cicada Crew.

[Interactive: Explore the cicada lifecycle (with sound but no smell)]

What is Brood X? When do cicadas come out in 2021? Answering your buggiest questions.

Opinions: After 17 years, cicadas catch up with the news

Dear Brood X cicadas: Welcome back to our messed-up world. Here’s what you missed.