300,000 children are used as soldiers worldwide

— tweeted around the world as a UNICEF fact

In early January, an affiliate of UNICEF USA called End Trafficking tweeted that 300,000 children are used as soldiers worldwide. A reader wondered how UNICEF knew this figure, and so we decided to investigate.

Shortly after we launched our query, the tweets in question were deleted by UNICEF. “We followed up with the U.S. Fund for UNICEF’s End Trafficking team on the two tweets and checked the data they cited,” said Melanie Sharpe, a UNICEF spokeswoman. “The 300,000 figure is the only estimate of child soldiers globally, but it is indeed a very old stat, and we encourage colleagues and partners not to use it.”

She added: “We appreciate you bringing this to our attention — data are incredibly important in putting the challenges facing children into context, and we always want to be accurate.”

The Fact Checker always appreciates responses to our queries that results in quick action. But this is another example of how a very stale factoid gets in circulation and then never quite disappears. In the past year, for instance, other tweets have cited UNICEF as well as news articles.

UNICEF estimates that 300,000 children younger than 18 are currently trafficked to serve in armed conflicts worldwide. #HumanTrafficking

300,000 children (under-18s) are actively involved in conflicts all around the world. SOURCE - @UNICEF pic.twitter.com/HTK379tuhz

That’s in part because UNICEF itself until recently circulated a “fact sheet” on child soldiers that states: “It is estimated that some 300,000 children — boys and girls under the age of 18 — are today involved in more than 30 conflicts worldwide.” The fact sheet appears to date from 2002 or 2003.

Sharpe said the agency removed the fact sheet as soon as The Fact Checker pointed it out. “We are actually in the middle of a global digital transformation — which will include a total revamp of our website, including removing outdated content,” she said.

So where exactly does this figure come from?

Sharp reported that the 300,000-figure first appeared in “The Impact of War on Children” by Graca Machel, published in 2001. Machel is a respected advocate for women’s and children’s rights who is the widow of former South African president Nelson Mandel and of former Mozambican president Samora Machel. The book was an update and expansion of a well-regarded 1996 U.N. report on children in armed conflict that did not mention the 300,000 figure.

The book states that “current estimates put the number of child soldiers at about 300,000 at any one time.” But when we examined Machel’s footnotes, it turned out that she had relied on another source — the second (1998) edition of a 1996 book titled “Children: The Invisible Soldiers,” by Rachel Brett and Margaret McCallin.

So already, one can see that the 300,000-number circulating in 2016 as a current fact was based on an estimate first published almost 20 years ago. The authors even conceded that “it is impossible to give an exact figure as most of them are the ‘invisible soldiers’ of our title.” They described the figure as a “best guess” as of May 1998, but added: “There is a wide variation in the estimates of the number of child soldiers involved. The total number of child soldiers in each country, let alone the global figure, is not only unknown but unknowable.”

But the 300,000-figure becomes suspect when the specific numbers that make up Brett’s estimate are examined. (“The work on this was a long time ago and I do not remember the details,” Brett said in an email, saying an appendix in her book is the best source for her methodology. That appendix lays out country by country estimates.)

For instance, more than half of the 300,000-figure stems from just two countries — 108,000 children in Afghanistan and 50,000 in Burma. The Afghanistan figure is based on an estimate that 45 percent of the fighters in various factions were children, though the book also acknowledges a nationwide survey indicated the figure was under 30 percent. The Burma figure of 50,000 is also an estimate based on a survey that indicated between 10 and 66 percent of fighters are children, but total number of child soldiers estimated for various factions only adds up to 6,450.

So once again, we have an estimate based upon estimates, making 300,000 a very shaky figure to begin with.

By 2003, researchers began to question the accuracy of Brett’s estimate. When UNICEF published a report on the 10th anniversary of Machel’s landmark study, it cited the Coalition to Stop the Use of Child Soldiers as saying the number of armed conflicts involving children had declined — and any estimates should be viewed with caution. (The group was founded with the help of the Quaker United Nations Office in Geneva, where Brett was a key figure.)

“While it is possible to determine where children are associated with armed forces or armed groups, it is much more difficult to determine how many children have been involved,” the 2007 report noted. “In fact, the Coalition to Stop the Use of Child Soldiers no longer provides estimated figures. However, there is a sense that the numbers have fallen over the past decade, as conflicts in some countries have ended and demobilization agreements have been reached.”

The difficulty of obtaining hard numbers is illustrated by the situation in Afghanistan, which constituted more than a third of Brett’s estimate. The recruitment of child soldiers in Afghanistan is an ongoing concern, but there is little evidence that the 108,000 figure was correct.

Child Soldiers International, a successor organization to Coalition to Stop the Use of Child Soldiers, lists Afghanistan as a “priority country” but offers no estimates about the number of child soldiers. Some 7,500 child soldiers were demobilized between 2003 and 2006 after the Taliban fell, the United Nations says.

An annual report on children and armed conflict issued by the U.N. Secretary General said that the United Nations in 2014 documented the recruitment and use of 68 children by the Afghan National Police and armed groups, a decline from 97 in 2013. (The report said the numbers are almost certainly underreported.) Nearly 260 boys were held in juvenile rehabilitation centers for association with armed groups.

“It is nearly impossible to provide authoritative figures for the number of child soldiers worldwide today — all numbers we quote are estimates, and even estimates are not available for all situations of conflict,” said Nick Scarborough, administrative officer of Child Soldiers International. “However, the fact that seven national armies and 50 armed groups are listed by the U.N. Secretary General as parties that recruit and use children points to the persistence and severity of the violation.”

This is yet another example of a “zombie statistic” that detracts from the cause it is supposed to assist. With good intentions, an estimate was produced to help explain the scope of the problem — and to rally public awareness. Yet very quickly the figure was abandoned by experts in the field. And yet it continues to be cited as if it were an actual fact, in part because of outdated material circulating on the Internet. Even though the UNICEF report in 2007 noted the figure was no longer valid, a UNICEF fact sheet with the 300,000-number remained on the Internet until 2016, when it was discovered by The Fact Checker.

UNICEF’s quick response to our concerns is to be applauded. But anyone who keeps using “300,000 child soldiers” deserves Four Pinocchios. Advocates who call attention to this serious problem should not have their efforts undercut by fishy data. 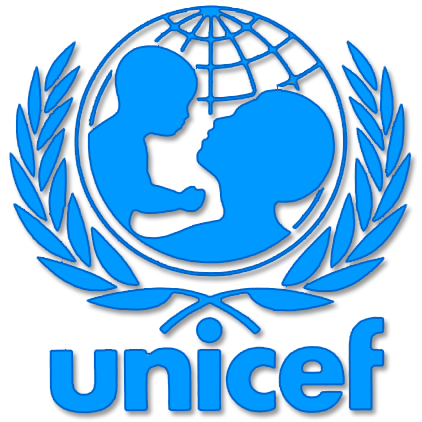 Noted: A Trump ‘tour’ where attendees pay to hear him speak

1:14 PMThe latest: Arizona Gov. Ducey bucks Trump in race to be his successor
1:03 PMNoted: Mulvaney says West Wing was ‘clown show’ by time of Capitol attack
12:49 PMNoted: $1 billion of infrastructure spending to improve 85 airports
12:12 PMThe latest: Democrats race to clinch deal on climate, energy with Manchin
TOP STORIES
Voices Across America
Writers across the United States providing their point of view on issues in the national news.
Democratic alarms sound over DeSantis’s new elections overseer
Why this farmer is wary but optimistic about the global food crisis easing
Out West, we know the right-wing extremist threat just keeps rising
Try a different topic
Sign in or create a free account to save your preferences