President Trump’s speech at a campaign-style rally in Melbourne, Fla., was filled with a number of dubious claims. Here’s a quick round-up of his rhetoric — and the facts. We will examine these statements in the order in which he made them.

“The dishonest media, which has published one false story after another, with no sources, even though they pretend they have them. They make them up in many cases.”

It is unclear what stories Trump is referring to here, but mainstream news organizations do not publish articles with “no sources” and certainly do not “make them up in most cases.” That is grounds for firing. Certainly, sources can be misinformed, and respected news organizations strive to correct or update stories if a mistake has been made. It is worth noting that the Trump White House is often very slow to respond to requests for comment.

“When Thomas Jefferson said ‘nothing can be believed which is seen in a newspaper. Truth itself,’ he said, ‘becomes suspicious by being put into that polluted vehicle.’ That was June 14 — my birthday — 1807.”

Trump selectively quotes from Jefferson here, who, for most of his life, was a fierce defender of the need for a free press. When Jefferson wrote to 17-year-old John Norvell, urging him to avoid a career in journalism, he was embittered by reports spread by his political opponents that he had slept with Sally Hemings, one of his slaves. Today, most historians believe she was the mother of six of his children.

“For those people, the people that are put into rooms where Republicans are talking about the plan and it wouldn’t matter what they say. For those people, just so you understand, our plan will be much better health care at a much lower cost.”

Trump appears to be referring to a tape obtained by The Washington Post and other news organizations of GOP lawmakers expressing fears about how they would accomplish the goal of both repealing the Affordable Care Act and covering the estimated 20 million people who have gained heath insurance under the law. The president sets himself a very high bar of “better health care at a much lower cost.” Most health-care experts believe that will be very difficult to accomplish.

“Jobs are already starting to pour back in. They’re coming back in like you haven’t seen in a long time. Ford, General Motors, Fiat Chrysler are bringing in and bringing back thousands of jobs, investing billions of dollars because of the new business climate that we are creating in our country.”

As we have repeatedly noted, Trump keeps giving himself credit for business decisions made before he became president. For instance, Ford’s decision has more to do with the company’s long-term goal — particularly its plans to invest in electric vehicles — than with the administration. Here’s what Ford chief executive Mark Fields said about the company’s decision to abandon plans to open a factory in Mexico: “The reason that we are not building the new plant, the primary reason, is just demand has gone down for small cars.”

Meanwhile, the January jobs report, showing 230,000 jobs were created, reflects the last month of the Obama administration. The data was collected in early January, when Obama was still president.

“Within a few days of taking the oath of office, I’ve taken steps to begin the construction of Keystone and the Dakota Access pipeline. Anywhere from 30,000 to 40,000 jobs.”

Trump appears to be combining two disputed figures — 28,000 jobs for Keystone XL and 12,000 for the Dakota Access pipeline. We have looked closely at the Keystone numbers, and the same methodological issues appear to apply to the Dakota estimates. The actual number of Keystone construction jobs, for instance, is 3,900 on an annualized basis — and other jobs have already been created (such as for building high-strength line pipe.) In the context of the U.S. economy, which just in January added 230,000 jobs, these are not many jobs.

“They were close to signing a $4.2 billion deal to have a new Air Force One. Can you believe this? I said no way. I said I refuse to fly in a $4.2 billion airplane. I refuse.”

Trump is exaggerating here. Boeing had only a $170 million contract to begin designing a replacement for Air Force One, and the cost of the project had not been set. The Defense Department’s five-year plan indicated a cost of $2.9 billion over the next five years for design and development. It’s logical to assume at least $1 billion more in additional expenses to complete and procure the aircraft.

An estimate of $4 billion — for design, testing and manufacture of at least two jets — was not completely out of line. But the budget was subject to approval by Congress and the actual design of the aircraft. So Trump is taking credit for cutting a price that had not been negotiated yet.

“We’ve gotten hundreds of millions of dollars off the price of a plane that was going to be ordered.”

Trump is referring to the Lockheed F-35 program. Again, he is taking credit for something that had already been negotiated, a claim that had previously earned him Four Pinocchios. The Pentagon had already announced cost reductions of about $600 million before Trump met with Lockheed’s chief executive.

“We’ve directed the creation of a task force for reducing violent crime in America, including our inner cities. We’re going to make our inner cities safe again. Look at what’s going on. Look at what’s happening in Chicago. Hundreds of shootings. Hundreds of deaths. I’ll tell you what’s happening in Chicago and many other places.”

“Inner cities” is not a category by which crime is measured, and Trump often uses this term to refer to large, urban cities. In 2016, there was an uptick in the homicide rate in the 30 largest cities in the country. One outlier city — Chicago — was responsible for 43.7 percent of the total increase in homicide rates in 2016. Overall, violent crime is on a decades-long decline, since the height of the crack cocaine epidemic in the early 1990s.

The homicide rate in the 30 largest cities also increased in 2015, but the two-year trend does not indicate the return of a crime wave in “inner cities.” Crime trends can randomly fluctuate year to year, and criminologists consider the data over much longer periods — at least 10 to 15 years — to draw conclusions about trends.

“Now you know the countries we’re talking about. And these were countries picked by Obama.”

Trump is referring to Syria, Iraq, Iran, Sudan, Libya, Yemen and Somalia, all of which were subject to the executive order that ordered a travel ban on residents of those countries.

Four of the countries were identified by Congress, in a bill signed by Obama, and then the Obama administration included three more. But Obama — and Democrats in Congress — wanted greater visa scrutiny of people who had traveled to those countries. When given a chance, the Obama administration specifically rejected the citizenship-based restrictions of the kind that Trump ordered. So there were significant differences in the approach.

“You look at what’s happening last night in Sweden. Sweden. Who would believe this? Sweden. They took in large numbers. They’re having problems like they never thought possible.”

This was a very strange comment. Nothing had happened the night before in Sweden, as Swedes (including former prime minister Carl Bildt) quickly noted.

Sweden? Terror attack? What has he been smoking? Questions abound. https://t.co/XWgw8Fz7tj

Update: Trump tweeted that he made this statement because of a report he saw on Fox News. White House spokeswoman Sarah Huckabee Sanders told reporters that Trump “was talking about rising crime and recent incidents in general and not referring to a specific incident.”

This is false. The vetting of refugees is careful and takes about two years, including FBI screening, Department of Homeland Security interviews and extensive security and background checks.

“You look at some states, [health insurance premiums in] Arizona up 116 percent.”

Trump cherry-picks data from Arizona, the state hit the hardest by 2017 premium increases under the Affordable Care Act, or Obamacare. The average increase for the second-lowest-cost silver plan (which is used as the benchmark to calculate government subsidies) is 25 percent. A few states, such as Indiana, will actually see a decrease.

Trump is exploiting general public confusion about the Affordable Care Act. The law mandated some broad changes to the health-care market, including cost savings in Medicare. But, according to the Congressional Budget Office, most Americans (155 million) get their insurance through their employer and would have noticed little, if any, change, except that their benefit package may have gotten better. Premiums in those plans have increased year after year, as they always have, but at a slower rate than in the 10-year period before 2010.

The premium increases cited by Trump relate to the 22 million individual and small-business policies sold on the exchanges or directly to consumers. That’s significantly smaller than the employment-based market — one-seventh the size. As noted before, about half receive tax subsidies, which help make the premium affordable. To put it in context, the number of people affected by premium increases is just one-fourteenth the size of the employment-based health-insurance market.

Still, the individual marketplace exchanges have been under pressure because the mix of people signing up for health care under plans offered on the exchanges has been unhealthier than expected. The feared individual mandate has not had the expected result of persuading people to buy insurance, with younger and healthier Americans apparently more willing to pay a $695-per-person fine than sign up for health care that they think is too costly. So the mix of people in the insurance pools have tended to be people who have chronic illnesses and thus require more care and frequent doctor or hospital visits. The risk pools are also why insurance companies have sought higher premiums and the bigger deductibles.

Some of the initial steps taken by the Trump administration have helped worsen the problems in the individual insurance market — allowing Trump to create a self-fulfilling prophecy. 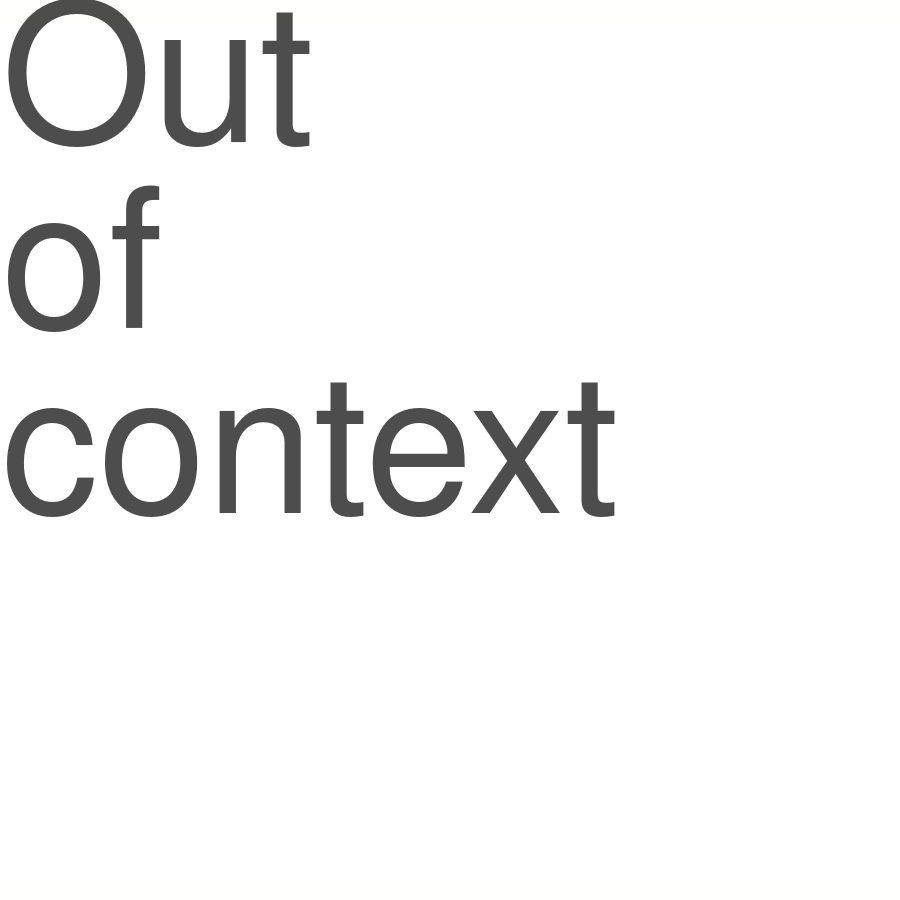 Washington Post Rating:
"Thomas Jefferson said ‘nothing can be believed which is seen in a newspaper. Truth itself becomes suspicious by being put into that polluted vehicle.’"
Donald Trump
President

Washington Post Rating:
“We’ve gotten hundreds of millions of dollars off the price of a plane that was going to be ordered.”
Donald Trump
President

Washington Post Rating:
“Now you know the countries we’re talking about. And these were countries picked by Obama.”
Donald Trump
President

8:01 PMThe latest: Biden outlines steps to limit future storm damage
7:44 PMThe latest: Biden promises Puerto Rico a better response than before
7:10 PMThe latest: Supreme Court considers narrowing Clean Water Act
6:31 PMAnalysis: CPAC accidentally hyped the wrong autocracy
TOP STORIES
The Briefing
Don’t miss reporting and analysis from the Hill and the White House.
Biden heading to Puerto Rico, Florida to tour hurricane damage
The agenda of the Supreme Court’s conservatives
What happens if Republicans take the House, Senate (or both) in 2023?
Try a different topic
Sign in or create a free account to save your preferences