In his speech on the Iran nuclear agreement, known formally as the Joint Comprehensive Plan of Action (JCPOA), President Trump made a number of factual assertions. The deal was negotiated by Iran, the five permanent members of the U.N. Security Council (United States, Russia, United Kingdom, France and China), Germany and the European Union.

Here’s a guide to some of his rhetoric, in the order in which he made these statements.

“The regime harbored high-level terrorists in the wake of the 9/11 attacks, including Osama bin Laden’s son.”

The president recounted a long list of aggressive acts by the Iranian government toward the United States since the shah was overthrown in 1979, many of which would be familiar to Americans. This claim — that Iran harbored al-Qaeda terror suspects — might be less well-known, but it was recently documented in a 2017 book, “The Exile,” by investigative reporters Cathy Scott-Clark and Adrian Levy.

The book noted that the steady flow of senior al-Qaeda figures into Iran after the Sept. 11, 2001, attacks was controversial among various factions. The government actually made some arrests and sent some al-Qaeda figures back to countries of origin. But the Revolutionary Guard was more supportive. Trump, in using the phrase “regime,” glosses over the debate within the country.

“The regime remains the world’s leading state sponsor of terrorism, and provides assistance to al-Qaeda, the Taliban, Hezbollah, Hamas and other terrorist networks.”

Trump suggests the assistance to al-Qaeda continues to the present day. This is in line with the latest State Department Country Reports on terrorism, released in July, which said: “Since at least 2009, Iran has allowed AQ facilitators to operate a core facilitation pipeline through the country, enabling AQ to move funds and fighters to South Asia and Syria.” This phrasing marked a shift from previous reports, which indicated the support was in the past.

“The previous administration lifted these sanctions, just before what would have been the total collapse of the Iranian regime, through the deeply controversial 2015 nuclear deal with Iran.”

There is little evidence that the Iranian government was on the verge of “total collapse,” though it was certainly struggling because of international sanctions. The Obama administration had been able to win broad international support for crippling sanctions precisely because it convinced Russia and China, two major Iranian partners, that the pressure was designed to curb Iran’s nuclear ambitions and force the government into negotiations. If the government had started to teeter because of the sanctions, especially if it was perceived as part of an American campaign of regime change, that support probably would have been withdrawn.

JCPOA “also gave the regime an immediate financial boost and over $100 billion its government could use to fund terrorism. The regime also received a massive cash settlement of $1.7 billion from the United States, a large portion of which was physically loaded onto an airplane and flown into Iran.”

Trump often suggests the United States gave a $100 billion to Iran, but these were Iranian assets that had been frozen. The Treasury Department has estimated that once Iran fulfills other obligations, it would have about $55 billion left. (Much of the funds were tied up in illiquid projects in China.) For its part, the Central Bank of Iran said the number was actually $32 billion, not $55 billion. Iran has also complained that it cannot actually move the money back to Iran because foreign banks won’t touch it for fear of U.S. sanctions and their U.S. exposure.

As for the $1.7 billion in cash, this was related to the settlement of a decades-old claim between the two countries. An initial payment of $400 million was handed over on Jan. 17, 2016, the same day Iran’s government agreed to release four American detainees, including The Washington Post’s Jason Rezaian. The timing — which U.S. officials insisted was a coincidence — suggested the cash could be viewed as a ransom payment.

But the initial cash payment was Iran’s money. In the 1970s, the then-pro-Western Iranian government under the shah paid $400 million for U.S. military equipment. But the equipment was never delivered because the two countries broke off relations after the seizure of American hostages at the U.S. Embassy in Iran.

Two other payments totaling $1.3 billion — a negotiated agreement on the interest owed on the $400 million — came some weeks later.

“The deal allows Iran to continue developing certain elements of its nuclear program and, importantly, in just a few years, as key restrictions disappear, Iran can sprint towards a rapid nuclear weapons breakout.”

JCPOA has been in place for two years. Certain provisions of the nuclear aspects of the deal do not last indefinitely, but virtually all phase out between years 10 and 25. It’s doubtful Iran would have agreed to an indefinite ban on nuclear activities, given that it has a right to have a nonnuclear program under the Nuclear Non-Proliferation Treaty. Critics of the agreement argue that Iran’s past behavior suggests it will cheat in any case and thus has forfeited its rights.

Trump does not mention that under the agreement, Iran is permanently prohibited from acquiring nuclear weapons, and will be subject to certain restrictions and additional monitoring indefinitely. (Readers may also be interested in a previous fact check we did on whether Iran’s supreme leader, Ayatollah Ali Khamenei, has issued a fatwa against the development of nuclear weapons; we found the claim dubious.)

It’s unclear why Trump refers to a “few years” before a potential nuclear breakout. Nonnuclear provisions having to do with arms-related transfers to and from Iran will expire in three years, or possibly sooner. In six years, U.N. Security Council restrictions end on any activity related to ballistic missiles designed to be capable of delivering nuclear weapons.

“Those who argue that somehow the JCPOA deals only with nuclear matters and should be judged separate from the restrictions in [U.N.] Resolution 2231 fail to explain that a nuclear weapon is a warhead and a delivery system,” noted David Albright, president of the Institute for Science and International Security, in testimony before Congress. “Today, the delivery vehicle of choice is a ballistic missile.”

“The Iranian regime has committed multiple violations of the agreement. For example, on two separate occasions, they have exceeded the limit of 130 metric tons of heavy water. Until recently, the Iranian regime has also failed to meet our expectations in its operation of advanced centrifuges.”

Trump is right that Iran twice exceeded the deal’s limit on heavy water, though the amount was by less than one percent. But supporters of the deal say it shows JCPOA is working. Iran tried to take advantage of fuzzy language in the agreement but was immediately caught by international inspectors; the other partners objected and forced Iran to come back into compliance.

As for the centrifuges, the deal limits both the number and type of centrifuges Iran is permitted to use. Again Iran tried to take advantage of ambiguous limits — “roughly 10” advanced centrifuges — by operating slightly more than that number.

The dispute for the moment also appears to have been resolved, though Albright in his testimony noted that “Iran has also built and operated more advanced centrifuges than it is allowed, and it has misused quality assurance limitations to conduct banned mechanical testing of advanced centrifuges.”

“There are also many people who believe that Iran is dealing with North Korea. I am going to instruct our intelligence agencies to do a thorough analysis and report back their findings beyond what they have already reviewed.”

This was a puzzling statement. The phrasing suggests there is not enough evidence to claim that Iran has dealings with North Korea, but the intelligence agencies will keep looking. But it raises the question about why the president made the assertion in the first place.

“It is under continuous review, and our participation can be canceled by me, as president, at any time.”

The other partners to the agreement dispute that Trump has the authority to end the deal. In an unusual joint statement, British Prime Minister Theresa May, German Chancellor Angela Merkel and French President Emmanuel Macron noted: “JCPOA was unanimously endorsed by the U.N. Security Council in Resolution 2231. The International Atomic Energy Agency has repeatedly confirmed Iran’s compliance with the JCPOA through its long-term verification and monitoring program.”

Similarly, Federica Mogherini, the E.U. foreign policy chief, said no one country could terminate the deal. “This deal is not a bilateral agreement,” she said. “The international community, and the European Union with it, has clearly indicated that the deal is, and will, continue to be in place.” 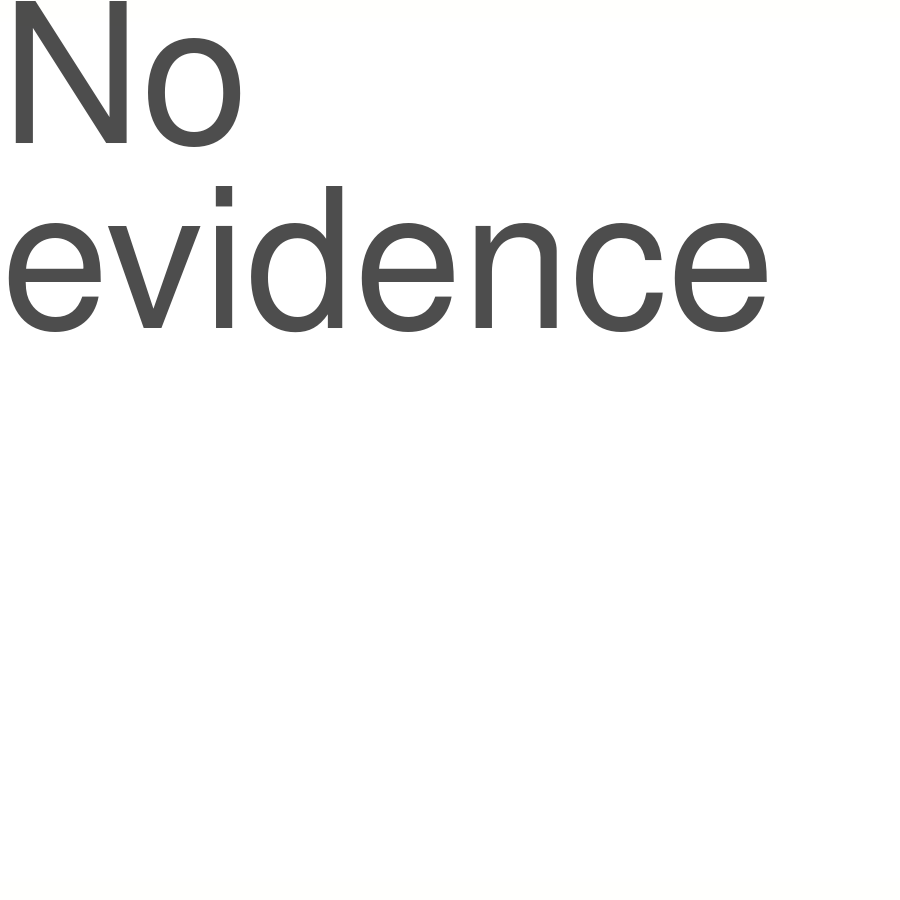 Washington Post Rating:
No evidence
“The previous administration lifted these sanctions, just before what would have been the total collapse of the Iranian regime, through the deeply controversial 2015 nuclear deal with Iran.”
Donald Trump
President
www.whitehouse.gov 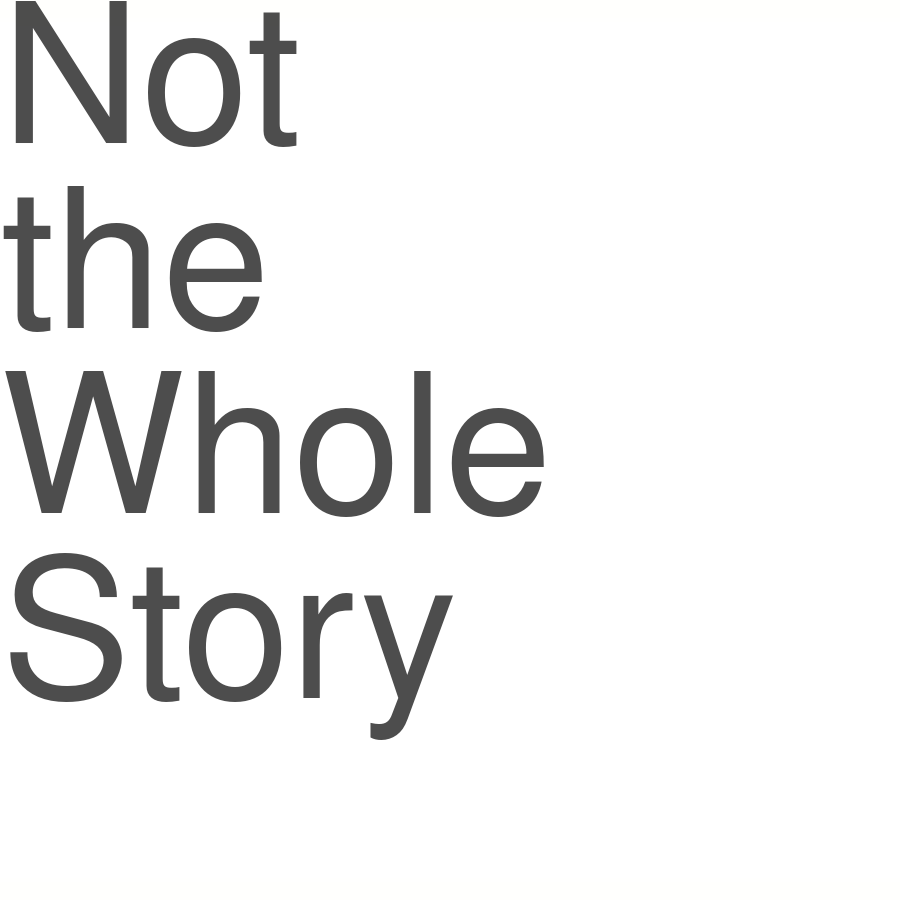 Washington Post Rating:
Not the Whole Story
JCPOA “also gave the regime an immediate financial boost and over $100 billion its government could use to fund terrorism."
Donald Trump
President
www.whitehouse.gov

in a speech on Iran strategy, Washington, DC
Friday, October 13, 2017
2017-10-13
Read More
info
TOP STORIES
The Briefing
Don’t miss reporting and analysis from the Hill and the White House.
West Virginia coal country will test power of Democrats’ climate bill
Fetterman returns to the campaign trail three months after stroke
Liz Cheney’s demise was set in motion by her father
Try a different topic
Sign in or create a free account to save your preferences