“We spend less than any country in the developed world on children between the ages of zero and 5. It’s just a fact, we don’t invest enough resources.”

— Ivanka Trump, assistant to the president, remarks during an interview with Tucker Carlson, Nov. 6

Ivanka Trump has vowed to champion working women and families in her role as an adviser to her father, President Trump. She has advocated for paid parental leave and to make child care more affordable; over the past few weeks, she has touted the GOP tax plan as a benefit to middle-income families.

During an interview with Fox News Channel’s Tucker Carlson, Trump said the tax plan would provide relief, in the form of tax credits and deductions, to families struggling to pay for child care. Then she said something that stopped us in our tracks. She added that “we” spend less on young children than any other developed nation. “It’s just a fact,” she said.

The claim seemed like a non sequitur. One minute Trump is explaining how the GOP tax cuts would help middle-income families pay for child care, and the next she is comparing the United States to other high-income countries, many of which offer a broader array of social programs and levy high taxes to pay for them. It’s a talking point we don’t expect to hear from prominent Republicans.

Trump’s statement left us wondering: Is it true that the United States spends the least in the developed world on young children, and if so, what effect would a tax cut have on boosting that investment?

Part of what makes Trump’s statement perplexing is that she didn’t initially specify who, exactly, spends so little on preschool-aged children. In terms of the context of the conversation, it seemed she was referring to the U.S. government. Without government investment in families, the cost of raising kids is a burden for many families, Trump argues, positioning the tax plan, which would expand the child tax credit and maintain the dependent-care credit, as a means to manage the cost.

When Carlson tried to clarify, asking Trump whether she indeed meant that the “government spent less,” she initially said, “society,” then she said, “families,” laughed, changed course, and said “government.”

We don’t try to play “gotcha” with political figures, so we reached out to the White House for clarity on Trump’s spending claim. A White House official said Trump was referencing a Council of Economic Advisers report that found that the United States spends less on child care and early-childhood education as a percentage of gross domestic product than almost every country in the developed world. The CEA provides the president with research and advice to support the formulation of economic policy.

But the official did not send over the report initially, which raised some questions about its origins. We wondered: Could it be possible that the report was from the Obama era?

We reached out to a CEA staff member from the previous administration, and he pointed us to a 2016 white paper on the economic benefits of public investment in young children. The report details at length how public investments in children ramp up once kids enter school, leaving families with younger children without much-needed support. The argument is similar to the one Trump makes on the Carlson show, except for one key thing: The report calls for greater spending on pre-kindergarten programs, not tax cuts.

One of the report’s key findings is that the United States lags behind other developed countries in its public spending on young children. In 2011, based on data from the Organization for Economic Cooperation and Development, the United States ranked 33 out of 36 with respect to total investment in early-childhood education relative to country wealth.

Let’s set aside the fact that Trump takes this government-spending factoid out of context to advocate for tax cuts, and take a deeper dive into the data.

The OECD report on which the CEA white paper is based notes that “local governments often play a key role in financing, and sometimes provide childcare services.” But in countries such as the United States, spending at the state and local level is “not properly captured in the data and it is much more difficult to get a good view of public support for childcare across such countries.”

To move the needle on public spending, however, the United States would need to invest much more than $7.6 billion, as it is such a small fraction of the U.S. gross domestic product, which hovers around $18.7 trillion.

We reached back out to the White House to confirm the 2016 white paper was in fact Trump’s source. The official confirmed. And based on this report, Trump’s claim is in the ballpark. The United States clearly lags behind most developed countries in spending on kids 5 and younger. But that doesn’t answer the question of how tax cuts would help boost public investment.

There are a few problems with this premise. For one, the tax cut for families Trump touts isn’t really a tax cut for many families, as we’ve pointed out in a previous column. More than 40 percent of families with children would see a tax increase under the House GOP plan. And even if the tax cuts would keep money in families’ pocketbooks, the increased cash wouldn’t translate into increased public spending on child care.

So, how did Trump wind up mashing these concepts together?

It turns out that Aaron Sojourner, the author of the 2016 white paper, served as a senior economist for labor under the Obama administration and during the first five months of the Trump administration. Sojourner worked closely with Trump, providing research in support of her advocacy for women and children.

In his white paper, Sojourner lays out the benefits of expanding access to high-quality pre-kindergarten programs, calling it “a win-win opportunity for participating children, their parents, and society as a whole.”

Somewhere along the line, Trump decided tax cuts could be that win-win. Her political views might help to explain how Sojourner’s ideas got co-opted to suit an alternative political agenda. During the Republican National Convention in July 2016, Trump laid out her party affiliation: “Like many of my fellow millennials, I do not consider myself categorically Republican or Democrat,” she said. “More than party affiliation, I vote based on what I believe is right, for my family and for my country. Sometimes it’s a tough choice.”

Trump claims that the United States spends less than other developed nations on children ages 5 and younger. We are generally skeptical of sweeping statements like this, but Trump’s claim caught our eye because it seemed better suited for an argument in favor of increased government spending on social programs. Yet Trump uses the factoid to advocate for the GOP tax plan, which she says would help middle-income families pay the high cost of child care.

Turns out, the confusion stems from the fact that Trump pulled her talking point from an Obama-era CEA white paper advocating for expanding pre-kindergarten programs. And even though the white paper found that the United States spends less than almost every OECD country on early-childhood education, the proposed tax cuts wouldn’t boost the United States’ rank. And more important, the tax cuts Trump cites could increase taxes on 40 percent of families with children.

For her mental gymnastics, we award Trump One Pinocchio. The missing context helps to explain why she stumbled through the talking point in her interview. 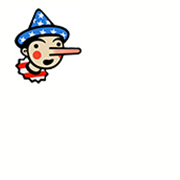 Washington Post Rating:
One Pinocchio
“We spend less than any country in the developed world on children between the ages of zero and 5. It’s just a fact, we don’t invest enough resources.”
Ivanka Trump
Assistant to President
www.whitehouse.gov