We spend a fair amount of time fact-checking statements, most of them from President Trump, linking immigrants to higher crime rates in the United States.

Researchers on all sides of this debate generally agree that such claims are impossible to verify when it comes to undocumented immigrants, since there are no nationwide data that track offenders by their immigration status.

Meanwhile, most of the research that does exist on this subject says something different: Crime tends to decrease in areas where immigrants settle, whether they’re in the country legally or illegally.

We first fact-checked Trump on this question when he was a candidate in 2015, and we revisited our fact-check in January 2018, a year into his presidency, to see whether any new research might change our Four Pinocchio ruling.

Almost all the research on this subject continued to contradict Trump’s claims.

But there was one study that went against the grain.

John R. Lott of the Crime Prevention Research Center analyzed 32½ years of prisoner data from the Arizona Department of Corrections and came to a revolutionary conclusion. He found that undocumented immigrants in the Arizona data, which covers 1985 to 2017, had the highest incarceration rate compared with legal immigrants and the U.S.-born population.

“What we’re finding is that people who are legal immigrants tend to be extremely law-abiding,” Lott told The Fact Checker in January. “But illegal immigrants commit crimes at extremely high rates. And when you lump them together you get something in the middle.”

The Arizona information is “great data in the sense that it doesn’t lump the two together,” Lott said.

Lott’s methodology has since been called into question by Alex Nowrasteh, a researcher at the pro-immigration Cato Institute who says Lott ended up conflating legal and unauthorized immigrants anyway.

We investigated Nowrasteh’s claims. We consulted all the relevant groups, agencies and officials in Arizona, as well as the Department of Justice. And we ran all our findings by Lott. This debate does not lend itself easily to a Pinocchio rating, but we’re going to lay out all the arguments we found, and readers can make their own judgments.

A comparison of census and FBI data shows the U.S. rate of violent crime was cut by nearly half from 1990 to 2013, while the number of undocumented immigrants in the country tripled.

Fact-checkers usually have a hard time refereeing broad claims about undocumented-immigrant crimes, for the simple reason that no group or government agency tracks U.S. prisoners by their immigration status. In short, there’s no way to prove these claims. The task is especially daunting because nearly 90 percent of prisoners are in state or local prisons, not housed by the federal government, according to the Justice Department.

This is partly why Lott’s study gained so much attention. It appeared to be the first to fill in the massive gaps in U.S. data about undocumented immigrants and crime.

“The murder and manslaughter rate for illegal immigrants is 2.7 times higher than the average for U.S. citizens,” Lott previously told The Fact Checker, relaying one finding from the Arizona study.

Lott’s work quickly gained traction, with write-ups not only in The Fact Checker but in Breitbart News, the Washington Examiner and other outlets. Attorney General Jeff Sessions referred to Lott’s study in a Jan. 26 speech.

Nowrasteh, the Cato Institute researcher, reviewed the same Arizona data and found what he called a “fatal flaw” in Lott’s study.

“It includes people who have green cards, temporary work permits, a tourist visa, and it also includes illegal immigrants,” Nowrasteh said. “We just don’t know how many and John wrote in his paper numerous times that the advantage of his study is that he can identify illegal immigrants, but he can’t.”

In an online post responding to Nowrasteh, Lott maintained that he read the Arizona data correctly. Lott wrote that he “followed the guidance” of the Arizona County Attorneys’ Association and District Attorney Bill Montgomery of Maricopa County.

“He [Montgomery] told us that a pre-sentencing report is used to determine citizenship,” Lott wrote. “This is key because documented immigrants don’t risk being labeled as ‘non-U.S. citizen, deportable’ until after they have been convicted.”

Did Montgomery give these pointers to Lott?

“No and Mr. Montgomery has not read the study,” said Amanda Jacinto, a spokeswoman for the district attorney. “Mr. Montgomery has no knowledge of this category or the distinctions made between legal/illegal immigrants in how the Arizona Department of Corrections classifies inmates on this basis.”

This still leaves the possibility that someone else at the Arizona prosecutors’ association, which is actually called the Arizona Prosecuting Attorneys’ Advisory Council (APAAC), gave Lott a hand with his study.

Elizabeth Ortiz, the executive director of APAAC, said her group hired Lott to update a different study about Arizona’s prisoner population. It is called the “Fischer report,” after Daryl Fischer, the researcher who authored the previous three versions of this report for APAAC.

While Lott was working on the updated Fischer report, he used the same Arizona prisoner data for his own, separate study about undocumented immigrants and crime.

“APAAC has nothing to do with that other report,” Ortiz said. “I was not aware that that report was even being created before it was released. It’s in my opinion sole and separate from what Dr. Lott did in the Fischer report.”

In the Fischer report, Lott and a co-author do not reach any conclusions about undocumented immigrants and crime. But they found “non-U.S. citizens” accounted for 28.8 percent of drug sales and trafficking offenses (much higher than their share of the population) and 2.2 percent of drug possession offenses (lower than their share). However, these numbers do not distinguish between legal and undocumented immigrants.

Lastly, we reached out directly to the Arizona Department of Corrections with the simple question at the heart of this debate: Does your data set distinguish between legal and illegal immigrants, as Lott says?

“The department tracks inmates who are ‘criminal aliens,’” said Andrew Wilder, the department’s communications director. “That is, a non-U.S. citizen or national of the United States that was sentenced to prison for a felony conviction. ADC doesn’t determine or track immigration status as to whether an inmate is ‘legal’ or ‘illegal.’”

We asked again. Does this mean the Arizona data do not distinguish between legal and undocumented residents? “That is correct,” Wilder said.

He added that the corrections department releases data upon request and “does NOT make endorsements or claims regarding the research, methodologies, or conclusions by parties that utilize our data.”

In an interview with The Fact Checker, Lott maintained that he was following guidance from APAAC. Even if Nowrasteh is right, Lott said, the error would not change his conclusions because he estimated it would subtract only 10 percent of the undocumented immigrants in his study. This is based on calculations using data on detainer requests filed by U.S. Immigration and Customs Enforcement, as detailed in a series of posts by Lott and Nowrasteh.

“One, I was relying on what I was told by APAAC,” Lott said. “Two, even if you take these claims as given, we’re talking about 10 percent of the total, and it doesn’t come anywhere near to changing the overall results.”

Asked about the response from the Arizona Department of Corrections, Lott said “the same answers apply.”

“Even if they want to go and make that argument, it’s a small portion of the number there and it’s not going to change the overall result,” he said.

For his part, Nowrasteh says there is no way to know how much of an impact Lott’s error had on his study. “The Arizona data does not tell us,” he said. It would be possible to find out by using statistical modeling, Nowrasteh said, but Lott has dismissed such estimates when other groups used statistical models in studies that found no relationship between immigration and higher crime.

One more thing: What about the Justice Department? Sessions made reference to Lott’s study in a speech in January. Does he think it holds up now?

“In defending himself from an attack by a group that supports open borders policies, Lott provided additional data points supporting his findings, and his study continues to be an important part of the debate about illegal immigration and sanctuary city policies,” a DOJ official said.

The back-and-forth over Lott’s study is somewhat academic and does not lend itself easily to a Pinocchio rating, but it’s clear that politicians, government officials and advocacy groups must be careful in describing Lott’s findings.

Nowrasteh identified a significant flaw in Lott’s study that undercuts his conclusion. Lott says the overall thrust of his study still holds, but the issue muddles his research and invites guesswork as to the actual crime rate for the undocumented immigrant population in Arizona.

The people Lott says he consulted for guidance on this said they had no hand in his work and did not give him advice. The Arizona Department of Corrections says its data set does not distinguish between legal and undocumented immigrants.

Readers can make their own judgments and offer their own Pinocchio ratings below. For now, we will continue to monitor how this study is used and whether it is being described accurately by public officials and advocacy groups. 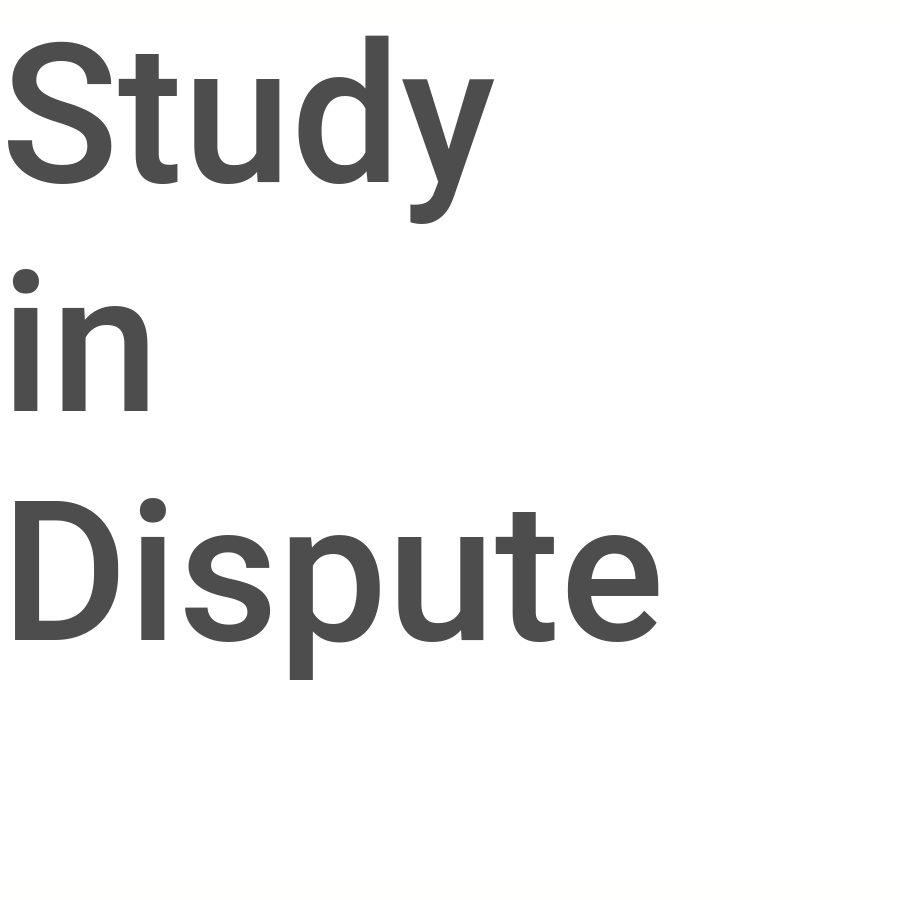 12:15 PMNoted: Asa Hutchinson moves closer to 2024 campaign
11:52 AMOn our radar: Biden to meet with William and Catherine in Boston
11:36 AMThe latest: Trump expresses solidarity with Capitol rioters
11:26 AMThe latest: At state dinner, Biden and Macron stand ‘shoulder to shoulder’
TOP STORIES
The Briefing
Don’t miss reporting and analysis from the Hill and the White House.
Republicans in Congress are more likely to go sideways on their caucus
Trumpists are vowing to sabotage Biden. Act on this now, Democrats.
How to tell if Republicans mean what they say about working people
Try a different topic
Sign in or create a free account to save your preferences