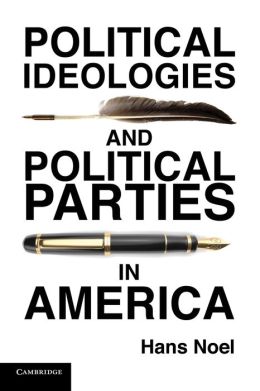 The mental model you have of “polarization” is wrong.

When you think of polarization, I suspect you think that the parties have moved apart on some fixed liberal-to-conservative dimension. At best, that’s a simplification. What has really happened is that the party system finally catching up with the development of ideology.

That makes it look like we have extreme parties, but what we really have is distinct parties.

For one thing, the liberal-conservative conflict, in its modern form, is relatively new. A hundred years ago, party competition was intense, but it wasn’t over the same issues. Those who were against, say, teaching evolution in schools were as often for redistributive policies as against them. Most strikingly, the progressives of the Progressive Era, who were concerned about inequality and wanted the government to intervene in the market, were generally fairly racist. Government should help out struggling white workers, progressives thought, but perhaps blacks were destined to be poor and uneducated.

This changed over the course of the first half of the twentieth century. Anti-black progressives faded, and modern liberals replaced them.  They were people who were liberal on economics, liberal on race, and liberal on a lot of other things. In my new book, I look at the positions taken by political intellectuals in magazines and newspapers. Among those thinkers, modern liberalism began to emerge in the early 20th century, and modern conservatism followed in the middle of the century.

But the parties took a while to catch up to these developments in ideology. Parties are coalitions of people trying to get elected. They had built constituencies based on idiosyncratic platforms, which evolved locally in different ways. They were not ideologically distinct from one another. Northern Democrats began to represent liberal voters (and, perhaps more importantly, liberal activists). But Southern Democrats, meanwhile, had constituencies based on opposition to civil rights, but also on a commitment to the Cold War and opposition to labor unions. Southern Democrats weren’t just more conservative than other Democrats — they were more conservative than most Republicans.

Much has been made of the fact that many early social programs, like Medicare and Social Security, were enacted by bipartisan coalitions, while the Affordable Care Act was passed on party-line votes. This is true. But this not because there was a great consensus on Medicare. It’s that the liberals who were for it were in both parties, and the conservatives who opposed it were also in both parties.

Ideological activists had to force the parties to change, on race, on women’s rights, on defense spending, etc. And they continue to do so. Now, there are few conservative Democrats, and even fewer liberal Republicans.

Those who study voters like to call this “sorting” and that’s not bad. I think polarization is a fine term, but it’s polarization because the parties have aligned themselves to new poles.

Further Reading
This is the latest post in our ongoing series on political polarization.  The previous posts include: