And now: the finale. Tonight is "Making America One Again" night in Cleveland, featuring speeches by Reince Priebus, Ivanka Trump, and of course, the nominee himself. You can catch the action live here, at this link. Scroll down for tonight's full lineup, which of course includes another Trump.

You can catch all The Washington Post's live team coverage of the final day of the convention here, here and here.

Here was the biggest news off-stage heading into the main event:

...[Cruz] also stood by his decision not to honor a pledge he made last year to support the eventual GOP nominee, saying that the pledge was rendered moot because Trump attacked his family.

The Texas delegation is going nuts right now - people yelling at one another over supporting Cruz or not, shouts of "coward"

The aim of Cruz's speech Wednesday was clear as day. He didn't stray from his prepared remarks. Had he not uttered the "conscience" comment, things might have blown over, but he put that in there for a reason. He was telling people whom to vote for in November while conspicuously excluding even a brief allusion to voting for Trump or voting against Clinton. And in fact, Cruz's comments Thursday strongly suggest he thinks voting "your conscience" means not backing someone who attacked his family repeatedly.

Some will read the backlash as the party turning on Cruz — something that might not help him politically going forward. But this was Cruz getting his long-delayed revenge. And at least he's got that.

There's been so much invective flying over Ted Cruz's convention speech last night that you really need some sort of chart to track it. In the spirit of public service, we have assembled just such a chart; it is by no means complete, but it does give a taste of the mood today. #PartyUnityNow 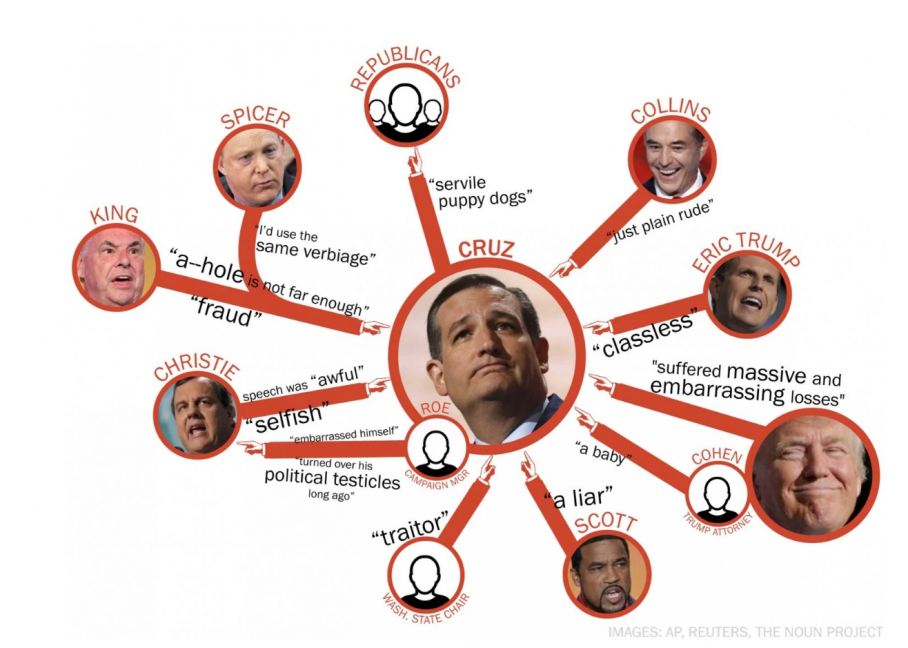 Bernie Sanders looked to reassure nervous Democrats, who may have looked at Cruz and seen the Ghost of Convention Future:

A spokesman said Thursday that when the liberal senator from Vermont addresses the Democratic convention, he plans to echo many of the themes he touched upon last week during a rally in New Hampshire at which he formally endorsed Hillary Clinton.

“He’s not Ted Cruz, in so many ways,” said Sanders spokesman Michael Briggs, referring to the conservative Republican senator from Texas whose address Wednesday night is now the talk of the GOP convention. ... 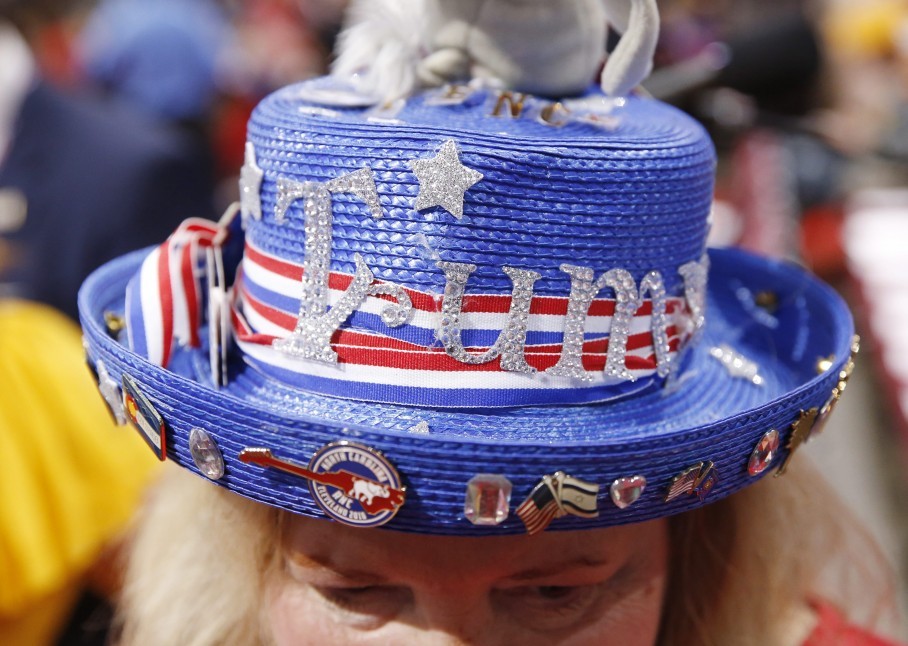 Trump and running mate Mike Pence have indicated that they are open to appearing at events for a super PAC seeking to raise at least $100 million, a reversal of Trump's staunch opposition to big-money groups throughout the GOP primaries.

Both men have both expressed willingness to headline fundraisers for Rebuilding America Now, according to Ken McKay, the group's chief strategist. Such appearances are permitted by the Federal Election Commission, as long as the candidates do not solicit more than $5,000.

The commitment by the Republican ticket comes amid a flurry of signals to supporters that the campaign has blessed the super PAC, one of a half-dozen entities that have been jockeying to be recognized as the main pro-Trump vehicle. That dynamic has confused donors, who have held back from writing large checks because they were uncertain which group could be trusted — and whether Trump even wanted them to support such organizations.

But this week, it became clear that Rebuilding America Now, which was founded by Trump friend Tom Barrack, is the vehicle of choice in the view of the Trump campaign. [Barrack is addressing the convention Thursday night, just ahead of Ivanka Trump]

Meanwhile, the Trump campaign said it had raised $3.5 million in one 24-hour period this week that included Mike Pence's acceptance speech — a healthy sum, though far from record-breaking (for perspective: it's a little less than half of what Bernie Sanders raised in the 24 hours after winning).

As the convention's final night gets underway, there are signs Cleveland may be hitting convention threshold.

In other words: protests seemed to be losing some steam....

There are more police officers in Freedom Square than protesters #RNCinCLE pic.twitter.com/rcNR5Bk9al

...leaving some cops with a little spare time on their hands.

Police in Cleveland getting lots of praise for friendly atmosphere. Some officers even joined in morning yoga pic.twitter.com/gJarPXHcC6 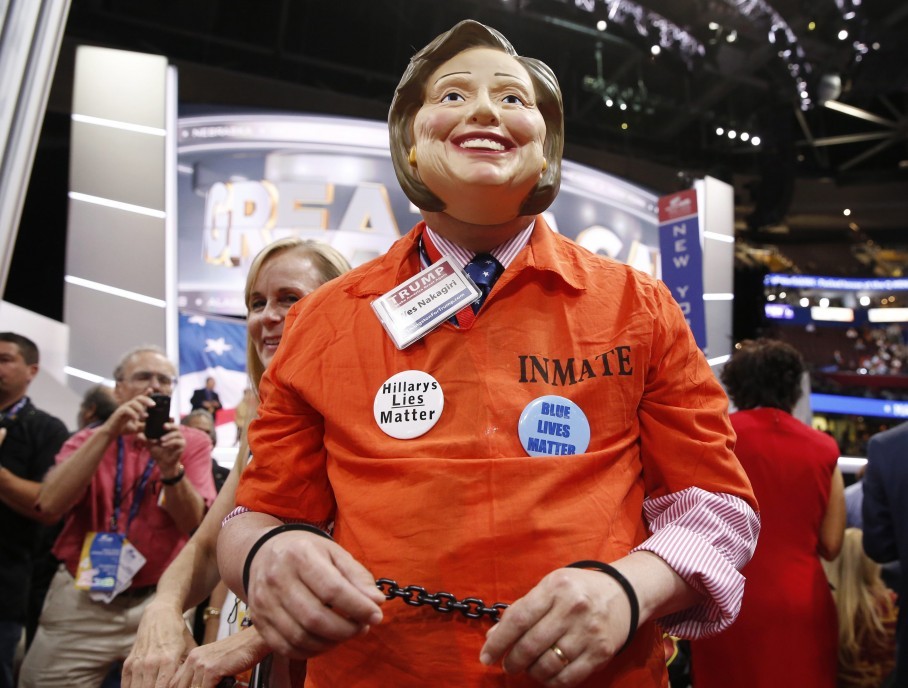 Michigan delegate Wes Nakagiri wears a Hillary Clinton mask on the floor on the final day in Cleveland. EPA/MICHAEL REYNOLDS 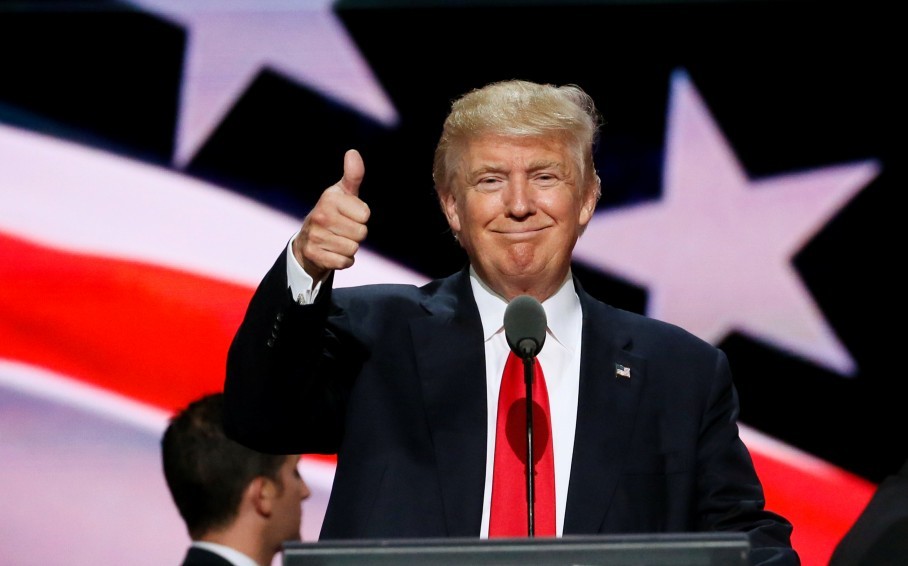 Taking the stage in Cleveland tonight:

You can see them all speak live here:

YOUR DAILY TRAIL PIT STOP: We saw last night that Donald Trump and his running mate like each other. Additional research reveals they seem to really, really like each other. Click through for gif magic. 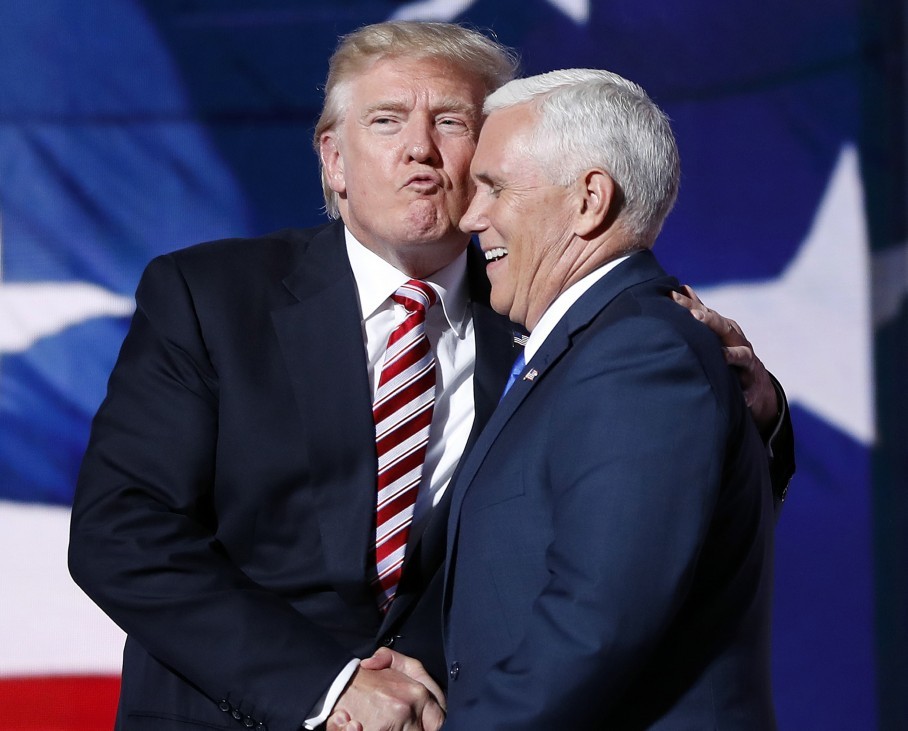