The Cybersecurity 202: Huawei is suing the U.S. to win -- in the court of public opinion Huawei is nearly guaranteed to lose a lawsuit it filed this month claiming the U.S. government acted unfairly by banning it from federal computer networks. But Huawei's main goal isn't to win in a court of law, experts say -- it's seeking a victory in the court of public opinion.

The Chinese telecommunications giant is seizing an opportunity to push back against the United States in a high-profile and public forum -- as Washington tries to convince allies Huawei can't be trusted to build next-generation 5G wireless networks in their countries without passing along secrets to the Chinese government.

If Huawei can make a strong argument that the United States is unfairly biased against it, that may make other governments think twice about imposing 5G bans, Eric Crusius, an attorney at the Holland & Knight law firm who focuses on government contract disputes, told me.

“They had to file this lawsuit,” Crusius told me. “If not, Western governments and Western commercial entities would run away from them. They had to show they were fighting back.”

The fight over 5G will have a profound impact on technological development for the next decade or longer. That’s far more important for the company than winning in court, Crusius said. Huawei’s major argument — essentially that Congress unfairly singled it out for punishment — was shot down by other U.S. courts in a highly similar case brought by Russian company Kaspersky just last year.

The Huawei tactic underscores how the public battle to control the future of the global Internet and communications technology is being fought largely with innuendo and aspersion rather than cold hard evidence.

The United States, for instance, has provided no public evidence that Huawei is spying for the Chinese — though it’s possible intelligence agencies have that evidence and are unwilling to reveal it for fear of undermining their own spying capabilities.

NSA Senior Advisor for Cybersecurity Rob Joyce has said the government is unlikely to produce a “smoking gun” in the matter. Meanwhile, the official U.S. government position is that the close ties between Huawei and the Chinese Communist system make that cooperation far too possible.

The lack of public evidence is a point Huawei is likely to hammer again and again during its legal case, Adam Segal, a China expert who directs the Digital and Cyberspace Policy Program at the Council on Foreign Relations, told me.

Huawei, meanwhile, wants to prove the U.S. government is using security as an excuse to beat up on a geopolitical adversary, but it doesn't have a smoking gun either.

The lawsuit will give Huawei a platform to “attack … the idea that the U.S. is a rule-of-law country,” Noah Feldman, a Harvard University law professor, wrote in a Bloomberg Opinion column.

“When Huawei loses the suit, as it certainly will, the company — and the Chinese government — can say that the courts were in the pocket of the rest of the U.S. government,” Feldman wrote. “Huawei can then say U.S. interests are arrayed against a company that has the capacity to consolidate China’s position as a global leader in building 5G wireless communications infrastructure.”

And President Trump hasn’t helped matters by suggesting in a tweet in February that he may reconsider the Huawei ban as part of a larger trade negotiation between the two nations — undermining the government’s official position that this is about security, not trade.

That could all be fodder for Huawei in the courtroom, Crusius told me.

“If I were them, I’d be trying to lash myself to that trade dispute and just hope that the president says something about it that will bolster my case,” Crusius said. “If he tweets about it, that will put the Justice Department in a bind and make the national security argument less plausible.”

Huawei has consistently denied spying for the Chinese government and, since filing the lawsuit, it’s making that point more publicly than ever.

Huawei founder Ren Zhengfei told CNN Thursday that the U.S. government was treating his company differently from U.S. and European firms. “They have to have evidence. Everybody in the world is talking about cybersecurity and they are singling out Huawei,” he said.

Ren also warned that the push against Huawei could make other countries and companies wary of investing in the United States.

Huawei and its attorneys did not respond to a request for comment.

Huawei is also getting support for its suit from the Chinse government. Foreign Minister Wang Yi pledged Beijing’s support to the company after the suit was filed, telling reporters that United States' actions against Huawei were “by no means a pure judicial case, but a deliberate political move to bring [Huawei] down.”

The Huawei lawsuit may seem like deja vu. A federal-district court judge dismissed a lawsuit by the Russian anti-virus company Kaspersky last year, which also argued that the government mistreated the company by singling it out for a ban. While it’s highly unlikely Huawei will win its case, the broader trade dispute between the U.S. and China will give the company a better argument than Kaspersky ever had that the U.S. concerns aren't wholly about security, Crusius said.

That may allow Huawei to overcome some early procedural hurdles that will allow its lawyers to depose U.S. government witnesses and demand government documents about the ban — all of which could potentially be difficult or embarrassing for the government, he said.

Correction: A previous version of this story incorrectly identified the official who said it was unlikely the Trump administration would produce a "smoking gun" proving Huawei spies for the Chinese government. It was NSA senior cybersecurity adviser Rob Joyce.

The group coined the term “hacktivist” and released tools in the year 2000 that allowed ordinary people to hack Microsoft Windows — a stunt aimed at forcing Microsoft to take security more seriously. O’Rourke was one of only about 50 members during the group’s lifetime, Menn reported.

O'Rourke's actual hacking seems to have been limited — mostly stealing long-distance phone service to run his dial-up Internet connection and "cracking" into computer games so he could play them for free. The Cult of the Dead Cow bulletin board was also a writer’s community, however, and the site contains several of O’Rourke’s teenage writings, which he posted under the pseudonymous handle "Psychedelic Warlord" — including a fictional murder fantasy and a treatise about a world without money.

O’Rourke spoke positively about the hacking group and his peers, telling Menn: “I understand the democratizing power of the internet, and how transformative it was for me personally, and how it leveraged the extraordinary intelligence of these people all over the country who were sharing ideas and techniques."

He also expressed disgust with some of his early writings, however.

Here’s more from O’Rourke on the campaign trail:

New @BetoORourke on hacker revelations: “Really hateful. Really bad stuff. I’m mortified to read it now but I have to take ownership.…Whatever my intention was as a teenager, it doesn’t matter…I have to look long and hard at my actions, and...constantly try to do better."

And here’s Menn on how he got the story:

Fresh U.S presidential candidate @BetoORourke was a member of the country’s oldest hacking group, which has kept his role a secret for decades – until now. My story is up on Reuters at https://t.co/pvdNu7p7Yg, but let me say a little more in this thread. (1/10) pic.twitter.com/luGt4QDhnK A logo of a Huawei retail shop. (Andy Wong/AP)

Ideas include “possibly restricting American companies from supplying Huawei with key components that it needs to build 5G networks across the world,” the Times reported.

“The United States is not ready to admit defeat, but its campaign has suffered from what foreign officials say is a scolding approach and a lack of concrete evidence that Huawei poses a real risk,” the Times said. “It has also been hampered by a perception among European and Asian officials that President Trump may not be fully committed to the fight.” An investigator with the Georgia secretary of state's office takes a look at a new voting machine. (David Goldman/AP)

“The labs ‘are just assuming that [these components] are okay by virtue of the fact that they’re used in other products, and nobody has pointed out problems for them,’” Jeremy Epstein, an expert who has found numerous security problems in voting machines, told Zetter. That assumption would be fine for low-risk items, but not voting machines, Epstein said. 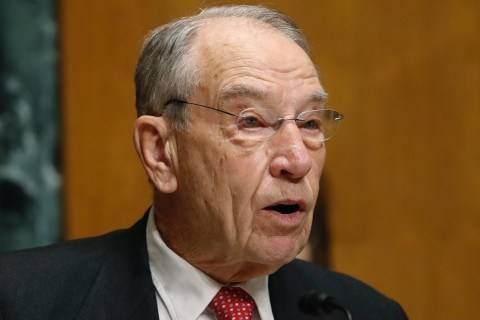 Trump spy agency nominee marooned in Senate standoff
The dispute has kept William Evanina from officially assuming a counterintelligence post for more than a year.
Politico 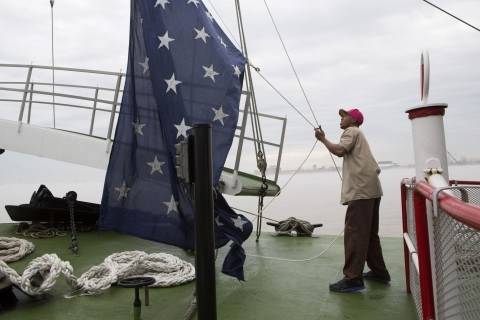 Blistering report scolds Navy for longstanding cybersecurity challenges - CyberScoop
The Department of the Navy this week released a scathing assessment of the service’s approach to cybersecurity, lamenting that hackers have been relatively unimpeded in their years-long plundering of data from the department.
Cyberscoop 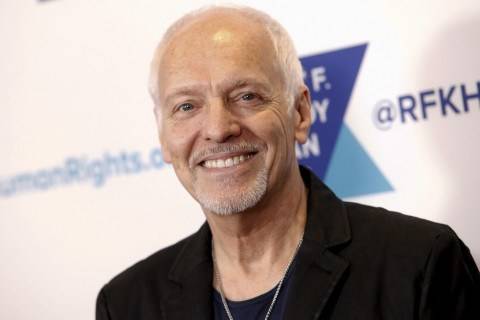 Spookstock: The secretive concert where spies mingle with rock 'n' roll royalty - CyberScoop
Spookstock,” is an annual invite-only concert organized by a nonprofit organization that raises money for the families of fallen soldiers and spies.
Cyberscoop
PRIVATE KEY 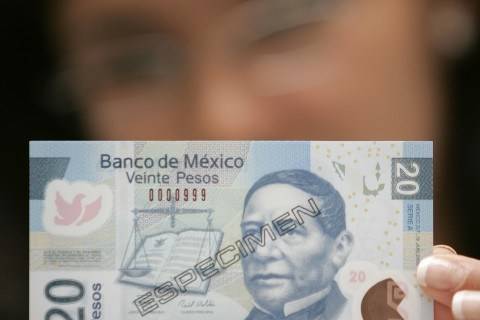 How Hackers Pulled Off a $20 Million Mexican Bank Heist
Welcome to the world of fake accounts, phantom funds, and money mules.
Wired
Subscriber sign in