Senate Democrats launched an all-out assault on Majority Leader Mitch McConnell (R-Ky.) Tuesday in an effort to unstick a slew of election security reforms that he has blocked from coming to a vote.

The Democrats are demanding votes on bills that would mandate states use paper ballots that are far tougher to hack than fully electronic ones and conduct security audits of election systems. They’re also using legislative maneuvers to try to force Republicans to pony up election security money during broader budget negotiations, Minority Leader Chuck Schumer (D-N. Y) said during a news conference.

And they’re training their swords on McConnell, charging him with standing by mutely while Russia tries to repeat the hacking and influence operations that upended the 2016 election.

“Things are going to get a lot worse in 2020 and the Republican Senate, Leader McConnell just stands there and twiddles their thumbs and almost says, ‘Come on Putin, let it happen,'” Schumer charged.

Schumer also lashed out at Sen. Lisa Murkowski (R-Alaska), who dismissed calls for preemptive election security measures in a CNN interview Monday, saying “if there’s large interference in 2020, she’ll be hearing about it from her constituents in 2021.”

The Democratic push comes after President Trump, whose campaign Moscow tried to aid with its influence and hacking operations in 2016, said he might listen if a foreign power tried to give him information on an opponent in 2020 and would not necessarily alert the FBI.

Schumer tried to link McConnell to Trump's controversial comments, going so far as to suggest the Senate leader might be unwilling to clamp down on foreign interference in elections because he thinks it will benefit Republicans.

“I hope it’s not because he thinks it would benefit him,” Schumer said of McConnell, “because Putin could turn around in a minute and do things that he doesn’t like.”

Schumer added that “if Russia or any other country is allowed to interfere in our 2020 election, it’s going to shake confidence in our democracy to the core.”

Senate Democrats will not stand by while @SenateMajLdr McConnell tries to bury election security in his legislative graveyard. https://t.co/zjbMQps7dn

Democrats are also pushing a bill sponsored by Sen. Mark Warner (D-Va.) that would require candidates to report contacts from foreign governments to the FBI. Warner tried to force a Senate floor vote on that bill soon after the president’s comments last week and on Tuesday he tried to add it as an amendment to a must-pass defense policy bill.

Today I will be offering the FIRE Act as an amendment to the NDAA. Foreign election interference is a national security issue, and if a foreign power reaches out to your campaign with dirt on a fellow American, you should be required to do the right thing and call the FBI.

Another bill the Democrats are pushing, sponsored by Sen. Dianne Feinstein (Calif.), would clarify that it’s illegal to work with foreigners to influence an election.

Sen. Amy Klobuchar (D-Minn.), a 2020 presidential candidate, is pushing the Senate’s major election security bill that would require backup paper ballots in all states, which she's said will be reinroduced soon.

Right now, Klobuchar noted, about a dozen states lack paper ballots in at least some voting districts — making it impossible for auditors to ensure afterward that hackers didn’t alter any votes.

For his part, McConnell last week pledged to hold an all-Senate briefing on election security matters in the wake of special counsel Robert S. Mueller III's report. But McConnell, who has resisted imposing security mandates on state elections, tamped down on the idea changes are urgent. “I do think the missing story that very few of you have written about is the absence of problems in the 2018 election," he said. "I think the Trump administration did a much, much better job.”

Democrats' election security talk is ramping up on the campaign trail, too: Klobuchar also released a road map for her first 100 days in office Tuesday that includes promoting an increase in election security funding, making major investments in upgrading the security of government technology systems, and providing more federal assistance for state and local governments to combat digital threats. The plan also calls for an increase in cybersecurity staff at the Pentagon. PINGED: Rep. Will Hurd (R-Tex.) said that allowing partisan disagreements to invade cybersecurity could leave the United States less prepared to deal with major threats. He made the comments to Fox News after being disinvited from giving a keynote at the Black Hat cybersecurity conference last week over his antiabortion voting record.

He called the incident “another data point in a growing trend where individuals are unwilling to engage with people who think differently from them,” in an accompanying op-ed.

“You're going to likely see an increase of cyberattacks from the Iranians on us and our allies, and the only way we're going to be able to defend ourselves is if the public sector, the private sector, academia, the research community ultimately all work together,” he said. Hurd said he had been “looking forward to getting feedback from some of our nation’s most brilliant minds in cybersecurity” on solutions to security threats. “But that’s going to have to wait,” he said.

Many cyber pros sounded off after Hurd’s keynote was canceled, saying it would make it tougher to win Republicans support for cyber priorities. Others, however, said allowing an antiabortion politician to keynote would make the conference less welcoming for female cyber pros. PATCHED: Twenty-two of the 27 Democratic state attorneys general are urging Congress to pass legislation to strengthen election security ahead of 2020, the Hill reports.

“Our state and local election officials are on the front-lines of the fight to protect our election infrastructure, but they lack the resources necessary to combat a sophisticated foreign adversary like Russia,” the AGs wrote. The logo for the Department of Homeland Security logo at U.S. Immigration and Customs Enforcement headquarters in Washington. (Salwan Georges/The Washington Post)

PWNED: Two senators are hoping to prevent the next major ransomware attack against a U.S. city by improving cybersecurity coordination between the Department of Homeland Security and state and local governments.

The State and Local Government Cybersecurity Act comes in the wake of a ransomware attack that left Baltimore in disarray. The legislation, introduced by Sens. Gary Peters (D-Mich.) and Rob Portman (R-Ohio), would give the DHS branch tasked with coordinating federal government cybersecurity permission to provide resources and training to local and state governments to detect cybersecurity risks to local infrastructure, including election technology. 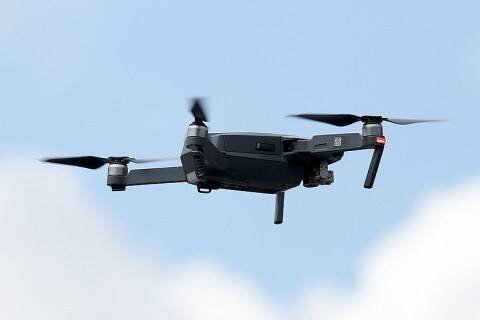 How Not To Prevent a Cyberwar With Russia
Former cybersecurity officials warn against a path of aggression that could inflame cyberwar rather than deter it.
Wired 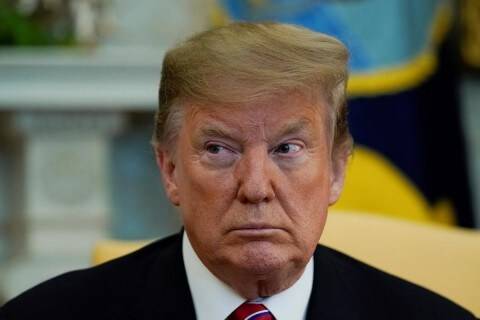 Top secret: Trump's revamp of U.S. security clearances stumbling -...
At a time when the United States says China is aggressively spying on its govern...
Reuters 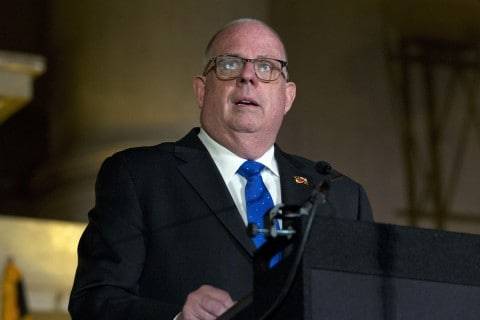 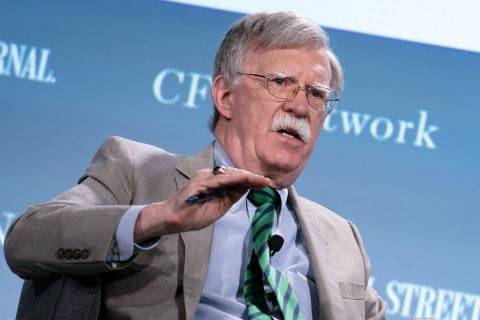 Global Opinions
Bolton moves to promote loyalists at the National Security Council
Bolton wants his senior team in place to establish stability in the run-up to the 2020 election, officials said.
Josh Rogin 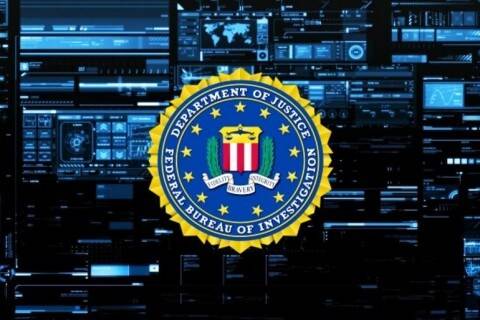 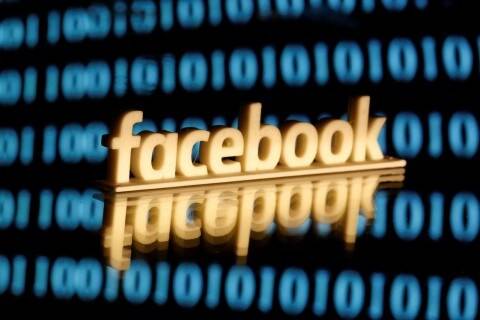 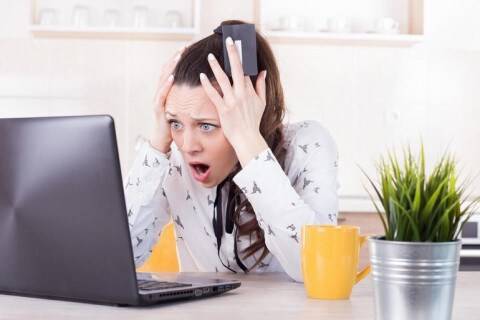 Cybersecurity: Why one old web scam is on the rise again
Fake domains and bogus websites are experiencing something of a revival - unfortunately.
ZDNet 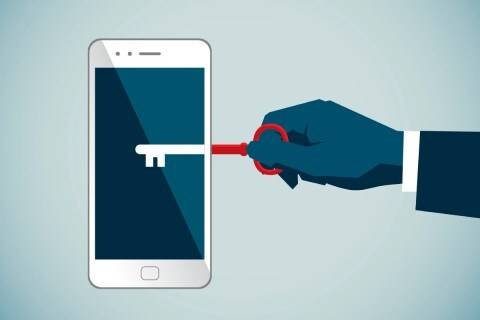 What the latest iOS passcode hack means for you
Cellebrite, an Israeli-based forensics company, claims it has advanced its hacking technology to include Apple's iOS 12.3 and 'high-end Android' devices.
Computer World
THE NEW WILD WEST 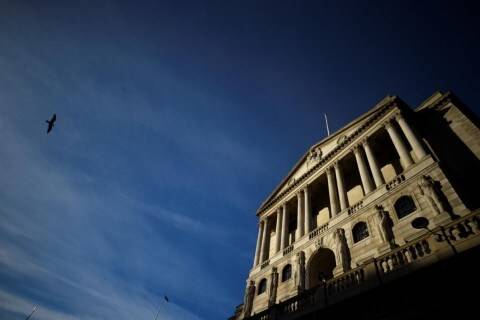 State cyber-attack poses big danger for UK banks: Bank of England
A state-backed cyber-attack could secretly corrupt the records of British financial institutions over a period of months, posing a risk that banks would probably struggle to guard against on their own, a senior Bank of England policymaker said.
Reuters 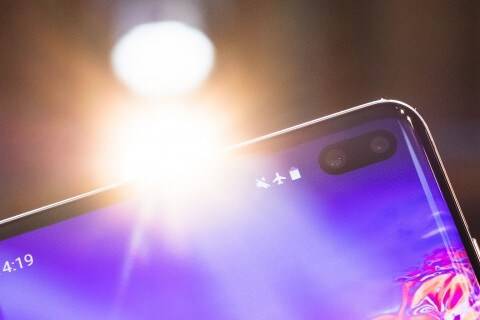 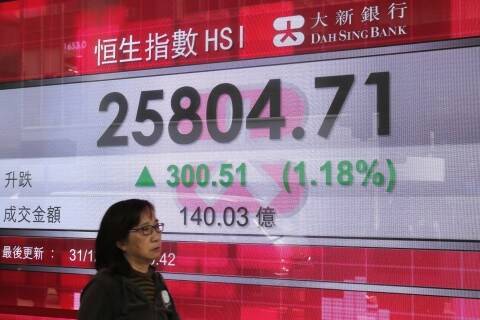