President Trump meets with Chinese President Xi Jinping during a meeting on the sidelines of the G-20 summit in Osaka, Japan. (Susan Walsh/AP)

President Trump’s course reversal Saturday on banning U.S. companies from supplying software and components to Huawei has managed to do what few other Trump policies have. It’s outraging Republicans.

Trump announced the shift after meeting with Chinese President Xi Jinping at the G-20 summit in Japan as part of an agreement to restart trade negotiations between the nations. In exchange, China agreed to buy more U.S. farm products, my colleagues David J. Lynch and Damian Paletta report.

The about-face prompted a quick rebuke from Republicans, with Sen. Marco Rubio (R-Fla.), a longtime China hawk, threatening to reinstate the bans with legislation he said could pass with a veto-proof majority.

If President Trump has in fact bargained away the recent restrictions on #Huawei, then we will have to get those restrictions put back in place through legislation.

And it will pass with a large veto proof majority.

The Commerce Department imposed those restrictions in May because of the national security risk that the Chinese telecom might help Beijing spy on U.S. networks. The decision came the same day Trump issued an executive order banning Huawei from building the next-generation U.S. 5G wireless networks.

If the administration shifts course and treats the Commerce restrictions as a bargaining chip in trade negotiations, it will seriously damage U.S. credibility the next time it warns of a national security threat, Rubio warned.

If President Trump has agreed to reverse recent sanctions against #Huawei he has made a catastrophic mistake.

It will destroy the credibility of his administrations warnings about the threat posed by the company,no one will ever again take them seriously. https://t.co/jEhHcblsVG

Sen. Rick Scott (R-Fla.) joined Rubio, declaring that restrictions on Huawei should be “non-negotiable” and calling the company “a national security threat to the U.S. and our allies.”

China is not our friend; they are our adversary. I applaud @realDonaldTrump for his efforts to work out a fair deal for America.

But Huawei is non-negotiable. Huawei is a national security threat to the U.S. and our allies. (1/3)

Sen. Marsha Blackburn (R-Tenn.) said the United States should do less business with Huawei, not more, and said it’s “time to stop them in their tracks.”

We need less Huawei, not more Huawei. They want their equipment and networks to be the future of spying. It’s time to stop them in their tracks. https://t.co/92E6VfFoEI

Retired Gen. Rob Spalding, who worked on 5G issues for the Trump administration in the buildup to the Huawei ban, declared that “Huawei is not a trade issue. It is an existential issue for democracy not just for the US, but everywhere.”

Huawei is not a trade issue. It is an existential issue for democracy not just for the US, but everywhere. https://t.co/BTIc3Ymu2w

By Sunday, the administration was trying to temper Republicans’ concerns. Trump’s chief economic adviser Larry Kudlow went on the Sunday morning shows promising the shift would apply only to “general merchandise,” such as computer chips and software that are also available from non-American suppliers.

It would not apply to software and components U.S. officials have specific national security concerns about, Kudlow said.

“I hope that when President Trump comes back that he and others of us will be able to persuade Senator Rubio that there will be no national security violations,” Kudlow said on CBS'S "Face the Nation."

On Fox News Sunday, he promised the shift would not be a “general amnesty.”

.@larry_kudlow on the President allowing Huawei to be used in some U.S. businesses #FNS pic.twitter.com/dbhrxup7xH

Kudlow suggested, however, the president might pull back some other Huawei restrictions after all other issues are resolved in trade negotiations.

Huawei has steadfastly denied that it assists Chinese government spying and said it would refuse to do so if asked.

The Commerce ban that Trump plans to roll back is one of the most aggressive actions the U.S. government has taken against Huawei — and the least popular among cyber pros and industry.

When I surveyed The Cybersecurity 202 experts’ network about the ban in early June, 61 percent said it was a bad idea. They worried it would hurt U.S. tech companies supplying Huawei more than it hurt Huawei. They also fretted the ban would prompt an escalating tit-for-tat conflict that might result in more of the world using less digitally secure Chinese products rather than more secure American ones.

Many of the same experts said that banning Huawei from U.S. 5G networks — and a diplomatic campaign urging U.S. allies to do the same — was far more important.

But imposing the Commerce ban and then paring it back might be even worse, some experts suggested this weekend, because it signals that U.S. officials were being disingenuous when they warned of the dangers of Huawei spying. And that signal could be picked up by allies that are considering whether to buy Huawei gear for their 5G networks.

“When you tell the world one day Huawei is a security threat and then reverse that argument the next day, you undermine the veracity of the initial security claim, and make it much harder for anyone to believe your security concern in the future,” Michael McFaul, U.S. ambassador to Russia during the Obama administration, tweeted.

Here In Beijing, many believe that Trump was using security concerns about Huawei to justify USG intervention in markets to help American companies. Trump reversal on Huawei confirms that hypothesis. https://t.co/lShr1mcE2L

Michael Wessel, a commissioner on the U.S.-China Economic Security Review Commission, tweeted that it seemed Trump was “willing to accept a fistful of dollars while trading away our security.”

As #Trump did with ZTE, it appears he’s willing to accept a fistful of dollars while trading away our security. But we need to see the full scope of his handout to #Huawei. https://t.co/2z8vgsbzNG

Even some lawmakers who were quiet about the security implications of the drawback criticized Trump for bargaining away some Huawei restrictions before getting more concessions from China on trade.

“Huawei is one of few potent levers we have to make China play fair on trade,” Senate Minority Leader Chuck Schumer (D-N.Y.) tweeted.

Huawei is one of few potent levers we have to make China play fair on trade.

If President @realDonaldTrump backs off, as it appears he is doing, it will dramatically undercut our ability to change China’s unfair trades practices.https://t.co/rja8CDs2T4

Why is @POTUS surrendering one of the United States’ key pieces of leverage before beginning new trade negotiations with China?” Rep. Jim Banks (R-Ind.), a member of the Armed Services Committee, asked.

Extremely troubling news from the #G20Summit. Why is @POTUS surrendering one of the United States’ key pieces of leverage before beginning new trade negotiations with China?

Why not keep #Huawei on our blacklist until China demonstrates a change in behavior? https://t.co/Y7nTraJ9qw PINGED: More than one-third of all voting machines used in the 2018 election did not include a paper trail of votes, according to a report out last week from the Election Assistance Commission.

The lack of a paper record for votes makes it far more likely that hackers could manipulate votes without either voters or election officials realizing it, experts say — a major concern since Russian hackers probed state election systems in advance of the 2016 contest.

Congress distributed $380 million to states to improve their election security after that election, much of which is being spent before the 2020 contest on replacing voting machines that lack paper records. PATCHED: The Department of Homeland Security is preparing for a dramatic increase in Iranian cyberattacks, some of which may be aimed at destroying data rather than simply stealing it, the department’s top cybersecurity official Chris Krebs tells Ars Technica’s Sean Gallagher.

“My primary concern was that this is more than just an uptick — this is a dramatic increase in activity,” Krebs said, addressing a recent DHS warning about state-sponsored hackers from Iran.

Krebs also told Ars Technica that he’d like to have a DHS-sponsored cybersecurity adviser “in every state capital” to help state and local governments deal with threats such as ransomware and election hacking. But that would require some major congressional funding, which is unlikely given Senate Majority Leader Mitch McConnell’s (Ky.) vow to block any election security-related legislation.

“If Congress wants to down the road decide to have a stronger security grant program for state and local governments . . ., that's how I see our engagement playing out over the next couple years,” he said.

A man uses his smartphone. (iStock)

PWNED: The parent company of LGBTQ dating app Jack'd has agreed to pay a $240,000 fine for not properly securing users’ private photos and data — including about 1,900 nude photos — against hackers, according to a statement from the New York attorney general's office.

The settlement is just the latest in a long string of data security failures by dating apps, including a 2015 hack of infidelity site Ashley Madison that exposed more than 30 million users and data breaches or poor security practices at dating sites OkCupid, Coffee Meets Bagel and AdultFriendFinder. 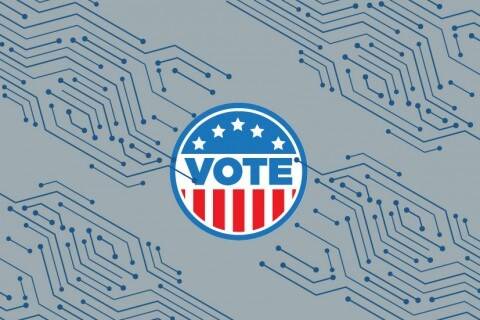 2020 Democrats accelerate push for action to secure elections
Democratic presidential candidates are seizing on election security to attack Republicans for not doing enough to safeguard the country against foreign interference.
The Hill 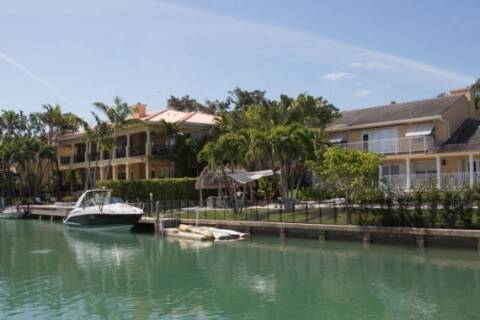 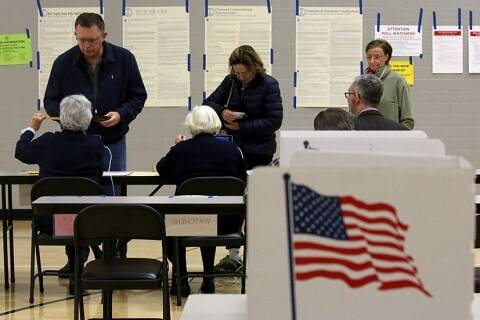 Freshman members form bipartisan task force on election vulnerabilities ahead of 2020
A bipartisan group of freshman House lawmakers revealed Friday a Task Force Sentry that has worked behind closed doors the past two months to craft legislation to prevent foreign interference in U.S. elections.
The Hill
PRIVATE KEY 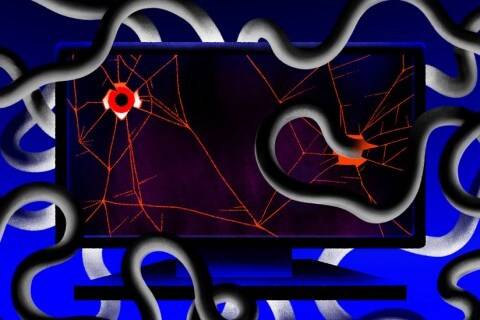 Opinion | The Worm That Nearly Ate the Internet
It infected 10 million computers. So why did cybergeddon never arrive?
The New York Times 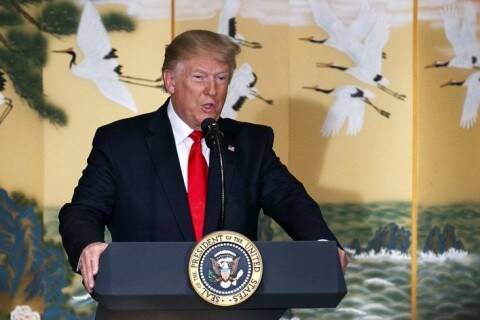 Trump Leaves Huawei’s South Korean Suppliers Hanging
In a speech to South Korea’s largest conglomerates after he eased the toughest U.S. measures against Huawei, President Trump provided no direction on how they should proceed with the Chinese tech giant.
Wall Street Journal 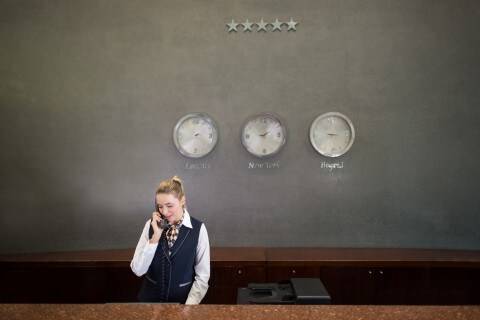 The Hotel Hackers Are Hiding in the Remote Control Curtains
Back doors to your personal data can be found in everything from smart fish tanks to Wi-Fi pineapples.
Bloomberg 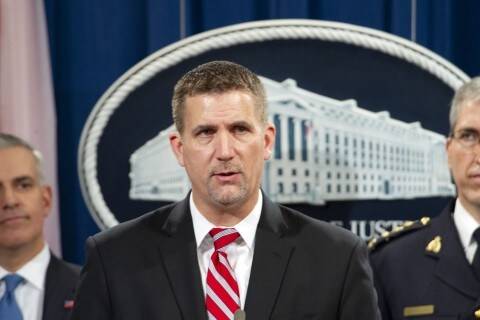 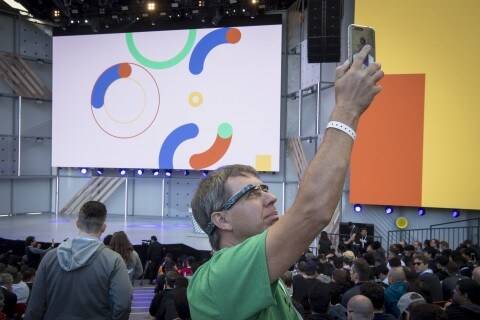 European Companies Look to Build Their Own Walls in the Cloud
Using code rather than concrete, European companies are busy building walls to protect their data, and are being encouraged by local politicians concerned about threats to their sovereignty.
Bloomberg 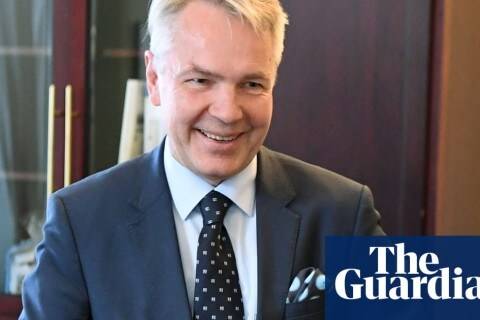 EU to run war games to prepare for Russian and Chinese cyber-attacks
Ministers to be put in fictional scenarios after series of hacking incidents
https://www.theguardian.com/profile/daniel-boffey
Subscriber sign in