The Energy 202: Los Angeles contemplates its own climate suit, too

A Los Angeles County search and rescue team walks through a neighborhood that was destroyed by a mudslide on Jan. 11 in Montecito, Calif. (Photo by Justin Sullivan/Getty Images)

When New York City filed a lawsuit against BP, Chevron, ConocoPhillips, ExxonMobil and Royal Dutch Shell for damages caused by climate change, Bill McKibben, co-founder of the advocacy group 350.org, told The Washington Post  that it was “one of the handful of most important moments” in the three decades he has watched climate-change politics.

Yet the fight between Democratic officeholders and petroleum companies — most prominently ExxonMobil — has escalated in just a few short days.

The latest: On Friday, city council members from the nation’s second most populous city, too, called for legal action against oil companies.

In New York, the mayor points to the destruction from Hurricane Sandy in 2012. In Los Angeles, council members focused on Southern California’s wildfire season.

“We’re getting rising sea levels, wildfires, mudslides — that’s the implication of climate change right there,” Los Angeles City Councilman Mike Bonin, one of the lawmakers, told the Los Angeles Times. “That does damage to our infrastructure. It just has some wide-ranging and comprehensive implications.”

The lawmakers are asking for Los Angeles to submit a court filing in support of New York City’s lawsuit — and for a meeting with the city attorney to discuss potentially bringing the city's own suit.

If it chose to move ahead, Los Angeles would join other California communities, including San Francisco and Oakland, that contend oil companies should help pay for the cost of addressing rising seas in San Francisco Bay.

None of the suits are, in the words of the New York Times editorial board, a “slam dunk.” The links climate scientists have made between climate change and weather-related events, such as hurricanes and forest fires, would be tested in court. As would the claim that fossil-fuel producers — and not consumers — should be held liable for climate-related damages.

“There are, of course, numerous legal arguments that may result in the case being dismissed before the City is given the full opportunity to make its case, or in its losing on the merits after a trial,” Michael Burger, director of the Sabin Center for Climate Change Law at Columbia University, said by email of the New York City case. “But no court has yet foreclosed this kind of lawsuit.”

But while lawsuits attempting to hold oil companies accountable for global warming have not been successful so far, it seems Democratic state legislators believe they have found a winning political strategy in aggressively going after the same oil and gas industry the Trump administration has spent the past year significantly deregulating.

Meanwhile, the oil companies show little sign of relenting in defending themselves. In a court filing last week, ExxonMobil denounced the attorneys general of New York and Massachusetts -- who are investigating whether the firm misled investors about climate change -- for allegedly trampling on its free-speech rights, calling the state probes “an unlawful conspiracy.”

Florida Governor Rick Scott and U.S. Department of the Interior Secretary Ryan Zinke, announce there will be no new offshore drilling in the State of Florida. (Scott Keeler/Tampa Bay Times via AP)

“Regarding the offshore drilling ban, Gov. Brown asked for the same consideration for Oregon’s ‘people’s coast’ as was given Florida,” spokesman Bryan Hockaday said. “Secretary Zinke agreed with concerns about the economic risks that offshore drilling could bring to Oregon and committed to work with the governor.”

The calls come after governors whose states would be affected by the ban complained about an instant exemption for Florida following a conversation between the secretary and Gov. Rick Scott (R-Fla.), who is considering a Senate run this year.

— Omitting “those who deal in scientific fact:” A group of more than 100 lawmakers sent a letter to President Trump criticizing the decision to leave climate change out of the administration’s national security strategy.

“As global temperatures become more volatile, sea levels rise and landscapes change, our military installations and our communities are increasingly at risk of devastation. It is imperative that the U.S. address this growing geopolitical threat,” wrote the group of 106 lawmakers, mostly Democrats and led by Reps. Jim Langevin (D-R.I.) and Elise Stefanik, (R-N.Y.), the Washington Examiner reported. Langevin and Stefanik lead the House Armed Services Subcommittee on Emerging Threats and Capabilities.

However, Trump, somewhat inadvertently, acknowledged the threat climate changed poses to military preparedness when he signed the defense authorization act late last year. The bill contains a provision, written by Langevin, calling climate change “a direct threat to the national security of the United States" and directing the military to study how to adapt susceptible facilities.

— Trump's NASA pick, Rep. James Bridenstine (R-Okla.), stumbles amid partisan fighting: "For the second time in three months," The Wall Street Journal's Andy Pasztor reports, "the Senate Commerce Committee on Thursday is expected to narrowly approve the Oklahoma Republican on a party-line vote. His name never came up for floor action in 2017 because not a single Senate Democrat signaled support and Republican leaders were worried about rounding up the necessary votes on their side of the aisle."

Bridenstine has been unable to lure any Democratic support in part due to his past positions on climate change. In 2013, for example, he incorrectly said "global temperatures stopped rising 10 years ago." 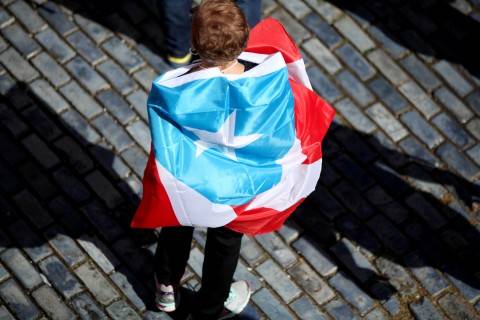 Problem for Puerto Rico in review of hurricane deaths: "The bodies have been buried"
Many people who have died after the hurricanes have already been buried or cremated, creating a challenge to examining deaths to confirm a cause of death.
CNN 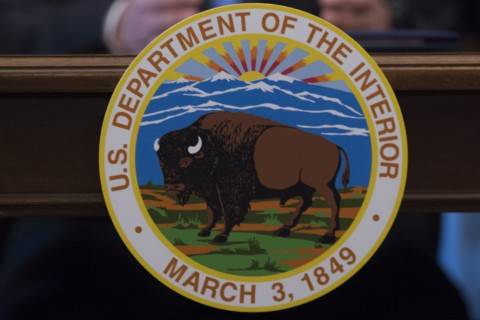 The damage done by Trump’s Department of the Interior
An overview from The New Yorker's Elizabeth Kolbert of "the destruction of the country’s last unspoiled places," as she describes recent activity by Interior under Ryan Zinke
The New Yorker
OIL CHECK

— Ford EVs on the horizon: Ford Motor Company will push to have 40 electric cars, including 16 battery-only vehicles, on the market by 2022. The announcement was made by company executives over the weekend at the auto show in Detroit, per Bloomberg News: "The carmaker will shell out $11 billion, bringing 40 electrified vehicles to market by 2022... That’s up from the $4.5 billion that Ford said in late 2015 it would invest through the end of the decade..." The announcement comes just a few days after the automaker was accused in a lawsuit of cheating on emissions tests.

— Utility jobs lost as new power plants need fewer workers, The Wall Street Journal's Russell Gold reports: "As coal and nuclear power plants around the U.S. close due to competitive pressures, the number of people employed in making electricity is shrinking. Older power plants are being retired at an unprecedented pace as power producers wage a fierce fight for market share. They are being supplanted by newer power plants fired by natural gas, as well as wind and solar farms, which often are simpler to operate and require fewer workers."

Per the Washington Examiner, a record amount of natural gas was taken out of storage to meet demand as coal and nuclear plants made up much of the electricity production during the freeze: “Withdrawals from underground natural gas storage facilities to feed demand totaled 359 billion cubic feet on Jan. 5. That exceeded the previous record of 288 billion cubic feet set four years ago during the 2014 polar vortex." 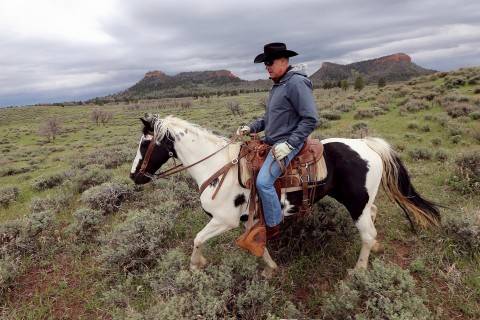 Uranium miners pushed hard for a comeback. They got their wish.
Over the weekend, The New York Times had a front-page story on about towns outside Bears Ears National Monument bracing for uranium mining.
The New York Times
THERMOMETER

In this Jan. 13, 2018, file photo, crews work on clearing Highway 101 in the aftermath of a mudslide in Montecito, Calif. (AP Photo/Marcio Jose Sanchez, File)

— The latest on the California mudslides: The death toll from the devastating mudslides in Southern California reached 20 over the weekend. And there are at least three people still missing among the wreckage and debris as of Monday, including a two-year-old girl. It has been a week since heavy rains led to the mudslides, which have destroyed more than 296 buildings, including more than 70 homes, according to the Los Angeles Times. And that count probably will increase as inspectors continue to assess the damage.

U.S. 101, the key coastal route that connects Los Angeles and several points west and north, remains closed. Crews are continuing to clear debris off the highway, and there are about 75 people assigned to the task. The California Department of Transportation said Monday officials are hoping to reopen it Jan. 22, per the Associated Press.

— What the aftermath looks like: The New York Times’s Jennifer Median compiles devastating images of Montecito, Calif. as it starts to pick up from the latest disaster.

— Meanwhile, residents who are recovering from the recent wildfires grapple with what’s next: The Washington Post’s Scott Wilson details the experience of residents in the Coffey Park neighborhood of Santa Rosa, Calif., where nearly half were renting their homes at the time of the fires. Now, many are wondering whether to rebuild.

Watch a Georgia firefighter catch a child dropped from a burning building:

Hawaii residents received emergency alerts warning of a “ballistic missile threat” on Saturday morning. It was a false alarm:

Watch a car in Santa Ana hit a median and fly into the second story of a building: