The North Entrance Station of Yellowstone National Park, near Gardiner, Mont., sits closed at 7:45 a.m. on Saturday, but a ranger is stationed inside. Later in the day, the ranger had departed, leaving behind a closure sign. (Deby Dixon for The Washington Post)

In 2013, when the federal government shut down over an impasse between President Barack Obama and congressional Republicans over the Affordable Care Act, images of campers canceling trips to closed national parks and veterans storming barricaded war memorials in wheelchairs filled newspapers and television screens, stoking anger among both Democrats and Republicans as each side sought to blame the other.

Five years and one government shutdown later, the Trump administration has a different plan -- to make the government shutdown as low-profile and painless as possible for the general public. Leading that public relations charge is the overseer of the national park system, Interior Secretary Ryan Zinke.

During the government shutdowns in 1993 and 2013, the closure of the iconic sites managed by the National Park Service, a division of the Interior Department, became a flash point for public anger and partisan bickering. In 2013, members of several veterans activist groups listen to speakers during a rally at the World War II Memorial. (Brendan Smialowski/AFP/Getty Images

Interior moved on Friday before the shutdown to keep hundreds of parks and monuments accessible, even if unstaffed. At Joshua Tree National Park in Southern California, puzzled visitors found themselves in a park open but void of rangers, with visitor centers locked, The Washington Post reported Saturday. At the nation's oldest national park, Yellowstone, park-goers were greeted with signs explaining that visitors could enter the park at their own risk.

After the Statue of Liberty closed on Saturday, the department and the state of New York struck a deal to reopen the statue and nearby Ellis Island, Zinke and Gov. Andrew Cuomo (D) announced on Sunday. Likewise, Arizona's Republican governor, Doug Ducey, stepped in to ensure the Grand Canyon National Park remained open.

Zinke acknowledged the confusion on Twitter. “Not all national parks are fully open,” he wrote, “but we’re working hard to make as much accessible as is safely possible.”

The interior secretary made himself the public face of the administration during shutdown on Sunday, while still attempting to pin blame on Senate Minority Leader Charles E. Schumer (D-N.Y.) by calling the closure of many parts of federal government the "#schumershutdown.” (On Twitter, Democrats in turn called it the "#trumpshutdown.")

One day after thousands of Women's March protesters demonstrated along the National Mall where bathrooms were closed, Zinke was greeting visitors to the National World War II Memorial, free of barricades, and tweeting about donated portable toilets being brought in. The Smithsonian, using the prior year's funds, kept its museums on the mall open through Monday as well.

Thanks to Jeff from our Parks concessionaire/vendor Guest Services Inc. for donating porta-johns and keeping visitor services open during the #schumershutdown pic.twitter.com/dtT08eVC7z

Zinke also greeted, and tweeted, photos of him with members of the public out on the Mall:

I had the honor of pinning John from Maryland as a @NatlParkService Jr Ranger. He’s been to more than 200 parks! pic.twitter.com/X12zwoEGto

Happy 71st birthday to Nancy and her family from Delaware! Happy you were able visit our parks. pic.twitter.com/uAA6FSbXlJ

Today we are at the Lincoln, WW2 and Washington giving out maps greeting visitors pic.twitter.com/3hqTE4FDlI

Zinke's day out paid off with upbeat coverage on the conservative news website the Daily Caller. Zinke was also the subject of a short segment on Fox & Friends, a news program President Trump is known to watch religiously.

Beside soothing a public angry over service disruptions at parks and monuments, the interior secretary may be wise to the fact that he is also serving another audience who is concerned about whether they'll be blamed for the shutdown: his boss, Trump.

Ensuring our @NatlParkService parks are as accessible as possible. Wonderful to meet students from Illinois. pic.twitter.com/paKj45hWn1 — EPA open for business: The agency’s operations will continue this week whether or not the government reopens, EPA chief Scott Pruitt told employees Friday. The reason? A senior administration official told The Post's Juliet Eilperin and Brady Dennis the agency can use carry-forward funding, or money unspent from one fiscal period to the next.

Of course, that money can't last forever. “Should the shutdown occur and remain in place through January 26, 2018, we will provide further updates on the agency’s operating status,” Pruitt wrote. In addition to new grants and contracts being put on hold, all travel by EPA employees must be approved by Pruitt's office.

— Lights on at the Energy Department, too: Employees there are expected to show up to work too, according to a memo obtained by Federal Radio News. “All DoE federal employees are expected to report to work on your next scheduled work day and subsequent work days unless you have previously approved leave or are given formal notice by your management not to report to work,” the Office of Management and Budget stated.

— Shutdown or no shutdown, several Trump Cabinet officials will make their way to the World Economic Forum in Davos, which starts Tuesday, including Energy Secretary Rick Perry.

Tory will be covering the forum all week. Sign up for The Finance 202 here. Tribal corporation officials from the Alaskan village of King Cove will sign an agreement with Interior Secretary Zinke on Monday that will allow them to build a road through the Izembek National Wildlife Refuge. (AP)

— Today, it's official: Zinke will sign an agreement Monday to let the small Alaskan village of King Cove construct a road through the Izembek National Wildlife Refuge, The Post's Juliet Eilperin reports. The move is a long-sought victory for Alaska's congressional delegation, in particular Sen. Lisa Murkowski (R), who is seeking to provide medical evacuations and other services to the remote village outpost. The refuge is critical habitat for bears, caribou and migratory bids. The Post first reported that Zinke was exploring a land exchange in October.

Florida Governor Rick Scott and  Zinke, announce there will be no new offshore drilling in Florida. They met at the Tallahassee International Airport, Tuesday, Jan. 9, 2018. (Scott Keeler/Tampa Bay Times via AP)

Trump isn't happy with the hasty decision from Zinke, who did not give the White House forewarning about it, Axios reported Sunday. And other coastal governors are anxiously waiting for a meeting with the Trump administration about the fate of their own states, reports The Post's Darryl Fears. That Jan. 9 meeting between Zinke and Gov. Rick Scott (R-Fla.) "has triggered feelings of betrayal, charges of favoritism and accusations of a political power move," Fears writes. 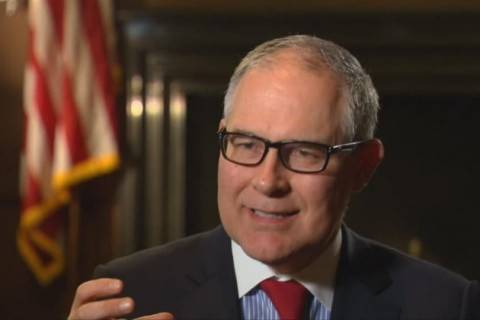 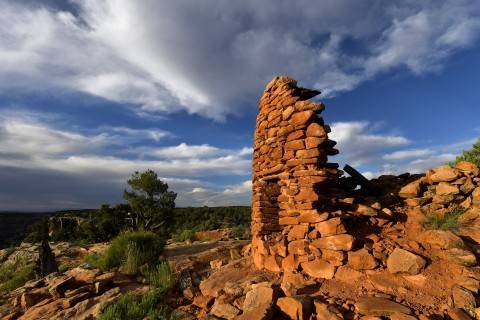 Crews work on clearing Highway 101 on Jan. 13 in the aftermath of a mudslide in Montecito, Calif. Officials say the possibility of future catastrophic floods will be in mind as Montecito rebuilds following deadly mudslides that devastated the wealthy coastal hideaway. (AP Photo/Marcio Jose Sanchez, File)

— Those deadly California mudslides? Expect worse in the future: "Looking to the future," Lee MacDonald writes in The Post, "it is clear that the problem is only going to get worse." Why? Climate change is increasing the length and severity of forest-fire seasons that leave hillsides denuded and vulnerable to debris flows afterward.

In this July 30, 1981 photo, John Coleman, weather channel founder, right, and Frank Batten, publisher of the Norfolk, Va., Virginian-Pilot and Ledger-Star, and chairman and chief executive of Landmark Communications, Inc., are seen during a news conference in New York. (AP Photo/Marty Lederhandler, File)

— Weather Channel founder dies at 83: John Coleman, the “Good Morning America” forecasting icon who co-founded the 24/7 weather channel, died Saturday. Though considered a pioneer in weather casting, in his later years, The Post's Jason Samenow reports, the 83-year-old became known for championing skepticism about the human role in climate change.

— Monarch butterfly migration was off this year and researchers are worried: The migrating insects were spotted in New Jersey in November, when at the time they should have been crossing the U.S.-Mexico border. "This delayed migration is not normal," writes Joe Trezza for The Post, adding that "seeing butterflies so far north so late in the year suggested that few of these latecomers would reach their Mexican wintering grounds." Higher-than-normal temperatures, probably a sign of climate change, pushed the monarchs' migration back. 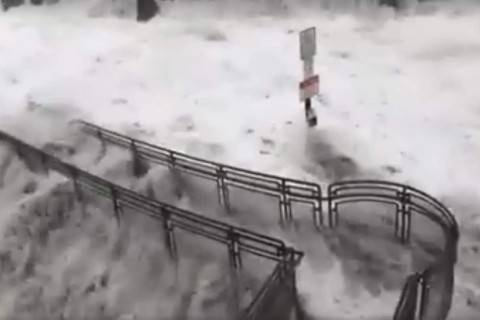 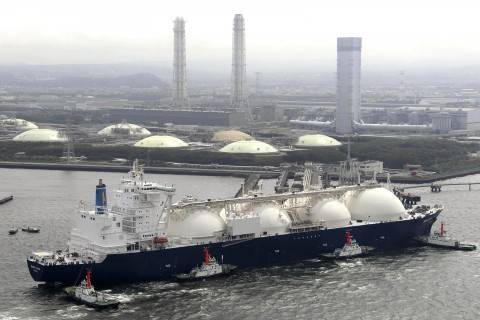 Why the U.S. is buying natural gas from Russia
For a lesson in how liquefied natural gas is radically reshaping the global energy market, consider the tale of a ship heading to Boston.
Bloomberg News 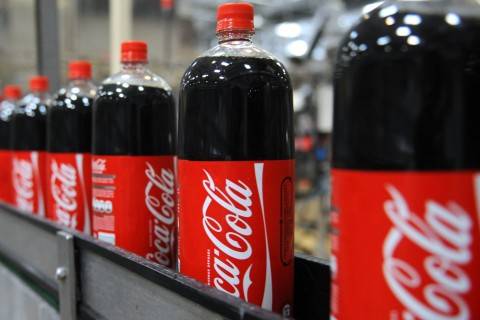 Coke: We'll recycle one can or bottle for every one we sell
Coca-Cola says it will make a concerted effort to recycle and use more environmentally friendly packaging over the next 12 years.
CNNMoney 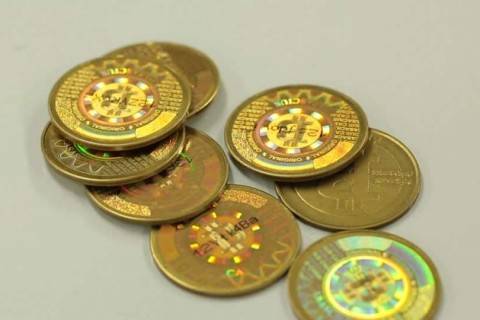 Two skiers were rescued from a mountain near Glencoe in the Scottish Highlands after surviving the night in blizzard conditions:

Watch an ash cloud billow from the Philippines' Mayon volcano on the verge of eruption:

An offshore storm in the Pacific caused flooding and damage to coastal towns across Washington and Oregon late last week:

Watch the Daily Show with Trevor Noah on Trump's first year as president: