The Energy 202: California just can't get enough of suing the Trump administration

California Attorney General Xavier Becerra discusses the lawsuit he has brought against the Trump administration for rolling back a fracking rule during a news conference in Sacramento, Calif. (AP Photo/Rich Pedroncelli,)

Here we are again.

On Wednesday, California filed another lawsuit against the Trump administration — this time concerning the repeal of an Obama-era rule regulating hydraulic fracturing, or "fracking," on publicly owned lands. A coalition of environmental and tribal groups also sued this week to block the rollback of the fracking rule, which the Trump administration finalized on Dec. 29.

“The risks of fracking to our health and our environment are real,” Xavier Becerra said at a news conference Wednesday on the anniversary of his first year since becoming California’s attorney general.

And what a busy year it has been for the former Democratic congressman and chairman of the House Democratic Caucus. In 2017, California challenged the Trump administration in court at nearly every turn. With this latest fracking suit added to the list, California has sued the administration 26 times, according to the office of the attorney general.

That's a dizzying pace of a new lawsuit every two weeks. While New York, Massachusetts, Maryland, Washington, Vermont, Oregon, New Mexico, and Connecticut have also challenged the Trump administration's environmental deregulation proposals in court, California has filed the most lawsuits to date, according to the State Energy and Environmental Impact Center, which helps coordinate the efforts of state attorneys general.

California has left few federal agencies unchallenged. The state has sued, to list just a few issues, over immigration enforcement, Trump's proposed ban on transgender individuals serving in the military, the Affordable Care Act, birth control and student loan protections. It's a testament to the tempo at which the Trump administration is rolling back Obama-era rules — and to the tenacity with which California along with other Democratic-controlled states are resisting the changes.

So far, Becerra's office has secured 10 legal victories. Most of that success has come in the environmental arena -- of those wins, six of them concern environmental issues. They include the rollback of rules meant to curb methane leaks from oil and gas wells and to make cars burn fuel more efficiently.

According to Michael Gerrard, an environmental law professor at Columbia Law School, “a major reason why states are having such success in court” on environmental issues is that the “Supreme Court has held that each state has such an interest in its own environment that it may have standing to sue in some cases where others might not.”

Indeed, in California alone, the Bureau of Land Management, an agency within the Interior Department, oversees 600 oil- and gas-producing leases on federal or tribal lands, covering more than 200,000 acres. Gas is flared as waste near Buttonwillow, Calif., where gas and oil extraction via fracking is on the verge of a boom in 2014 . (David McNew/Getty Images)

Of course, as Trump's Environmental Protection Agency chief Scott Pruitt knows well, oil- and gas-producing states have an interest in their economic well-being as well, and often filed lawsuits against the Obama administration over environmental regulations, too. As the attorney general of Oklahoma, Pruitt sued the agency he now runs 14 times.

Pruitt scored some significant wins, including putting on hold a major water-pollution regulation in 2015. But the grounds on which California and other blue states are challenging Trump may be firmer. “It just so happens that Democrats want something that is more consistent with the existing environmental statutes,” said David Spence, a law professor at the University of Texas at Austin.

Under the 2015 rule issued by the Interior Department, companies that drill on public or Native American lands were subject to stricter standards for oil and gas wells, and for ponds and tanks where toxic wastewater resulting from the fracking process is stored. With the rule, the Obama administration also sought to compel oil and gas firms to report what chemicals they use when they fracked

Still, some of California's victories may be fleeting. In October, for example, a federal judge ordered the government to enforce the rule regulating the leaking of methane, a powerful greenhouse gas, from natural gas wells on federal land while Interior was in the process of mapping a strategy for rescinding the rule.

That was a victory for California, technically. But two months later, the Trump administration reissued a rule to “temporarily suspend or delay” the old one. California sued again.

— Senate Republicans are condemning Trump's solar tariff, a controversial protectionist move by the administration marking one of the most significant policies making good on his "America First" rhetoric since the president was elected. Via The Post's Erica Werner, Heather Long and David J. Lynch:

And like a lot of people in the energy sector, the lawmakers are worried about Trump pulling out of NAFTA next:

— Koch Bros. smack gas tax: In a letter this week, Freedom Partners and Americans for Prosperity, two groups backed by billionaire industrialists Charles and David Koch, petitioned the Trump administration not to back a gas tax to fund infrastructure spending, arguing it would "undermine the benefits of recent tax-cut legislation." The letter is icing on the cake: GOP leaders in Congress rejected an increase on the federal tax on gasoline after Trump flirted with the idea.

— Democrats dare Zinke: The interior secretary distinguished himself from his Republican colleagues when he served in the House by opposing the sale or transfer of public lands to private interests. So on Wednesday, a group of Senate Democrats, led by Sen. Tom Udall of New Mexico, challenged Zinke to turn that position into official Interior Department policy, and issue a regulation codifying it.

"We, like you, are committed to retaining ownership of federal lands for the use and enjoyment of all Americans," the Democrats wrote in a letter sent this month.

— Zinke’s Sunshine State burn: Democrats on the House Natural Resources Committee are calling for a hearing to get answers to why Zinke summarily exempted Florida (at the behest of its GOP Gov. Rick Scott, who may run for Senate this year) from his department's offshore oil drilling proposal.

“The American people, and in particular the people of Florida, are rightly confused about the current situation with the 5-year program,” the letter to Chairman Rob Bishop (R-Utah) reads. “We therefore respectfully request that you schedule at the earliest possible opportunity a full committee oversight hearing on this issue and insist that [Zinke] himself appear before the committee." Full letter below:

Top Dems requested a hearing to get answers from @SecretaryZinke on efforts to make it easier to open our coasts to unsafe oil/gas drilling, and the shifting explanations as to whether the waters around Florida are being considered. #ProtectOurCoast

There's more: A bipartisan group of Florida lawmakers want answers from Zinke on the state's exemption.

The letter is signed by 22 of the 27 members of the House from the state, as well as Sens. Bill Nelson (D-Fla.) and Marco Rubio (R-Fla.). It asks Zinke to address the Bureau of Ocean Energy Management Acting Director Walter Cruickshank’s recent statement before the Natural Resources Committee that Florida’s coasts are still under consideration for opening up to drilling. "We object to any efforts to open the eastern Gulf of Mexico to drilling, and we urge you to remove this area from the five-year plan immediately," the letter reads.

As The Post’s Darryl Fears reported this month, Smith improperly helped the owner of the Washington Redskins cut down more than 130 trees near his property. Reynolds was also the official that the president pressured to uncover proof to support the claims of his inauguration crowd size.

An avalanche hit Gurtnellen, Switzerland in the canton of Uri on Tuesday, Jan. 23, 2018. (Urs Flueeler/Keystone via AP)

— Avalanches made worse by the changing climate: The New York Times debriefs on an analysis of two avalanches in western Tibet in 2016, one of which led to the death of nine people. “Glaciologists hadn’t quite believed that glaciers could behave this way, and suddenly they had witnessed two similar collapses in a year. An analysis of the events, published this week in the journal Nature Geoscience, found that climate change was the culprit in both collapses."

— While the burn from Trump's solar tariff decision still stings, the solar industry is being offered a balm from the Energy Department. On Wednesday, the department announced a $3 million prize to boost solar manufacturing. From the Houston Chronicle: "With manufacturers in China and southeast Asia now dominating the global market, U.S. manufacturers have a long way to go to catch up." Still, $3 million is unlikely to make up for the 23,000 installers, engineers and project managers the solar industry estimates will lose their jobs due to the tariff.

— Robots are helping the solar industry: A year after First Solar laid off hundreds of workers and rebuilt and remodeled a factory in Toledo, the space has been reborn. Its now fully automated operation produces “hundreds of solar panels for a fraction of what it costs rivals to make them. The secret: supersize panels made with cadmium telluride, an energy-absorbing metal compound that First Solar engineers figured out how to spray on glass sheets in a thin film … Its success upended the business of solar panel production even before the Trump administration announced tariffs on overseas solar hardware on Jan. 22,” Bloomberg Businessweek reports. 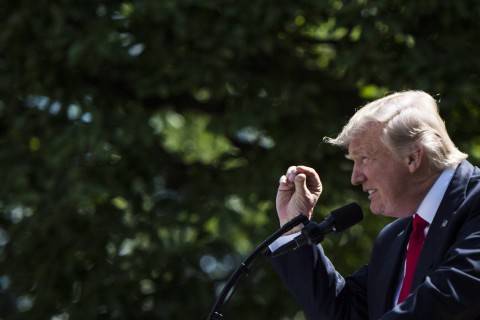 Trump’s failing war on green power
Wind and solar energy may have come too far for even a pro-fossil-fuel administration to stuff back into the barrel.
Politico 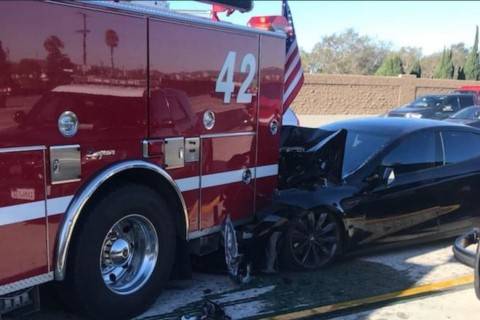 Innovations
Feds investigating after a Tesla on autopilot barreled into a parked firetruck
Transportation safety investigators are probing the accident on Interstate 405 in Southern California.
Cleve R. Wootson Jr.
DAYBOOK

Researchers have cloned the first primates from monkey tissue cells: