The Energy 202: Trump Cabinet officials' spending is a story that won't go away

Remember Scott Pruitt's $25,000 soundproof phone booth? The one the Environmental Protection Agency said its administrator needed to have secure communications with White House officials and others in the administration?

On Wednesday, The Washington Post came to that figure by tabulating the cost of all the contracting that went into the installation of the phone booth. A patch and paint job? $3,350. A concrete slab? 3,470. And so on. An EPA spokesman dismissed the new figure as "old news."

On the campaign trail, Trump famously promised to "drain the swamp" in Washington. Many fiscal conservatives who eventually voted for the GOP nominee took that to mean Trump wanted to rein in wanton federal spending.

Instead, there is now a constant drip, drip, drip of stories concerning the spending habits of top Trump officials, which include Pruitt and Interior Secretary Ryan Zinke, as well as Ben Carson at the Housing and Urban Development department and David Shulkin at Veterans Affairs. The trickle shows no sign of abating as the idea of President Trump's prodigal Cabinet takes hold among reporters, watchdog groups and the public.

Last year, Trump boasted of the "tremendous amount of talent" in his Cabinet. Now, it seems, the president views some members of it, at least, as a liability as he reportedly is considering shaking up key staff.

The reasons the deluge is unlikely to stop are twofold. First, congressional Democrats continue to ask about travel receipts and other expenses when Cabinet members come to Capitol Hill. On Tuesday, for example, Sen. Maria Cantwell (D-Wash.) pressed Zinke about a private flight he took from Las Vegas to Montana, his home state.

“I resent the fact of your insults. I resent the fact they’re misleading,” Zinke responded. He noted that his two predecessors as interior secretary under President Obama, Ken Salazar and Sally Jewell, spent “just under a million dollars” on 81 trips.

Second, watchdog groups both in and outside the government — along, of course, with journalists — continue to probe for a better understanding of Cabinet-level spending.

The additional information about spending surrounding the EPA's soundproof booth, for example, came via public-records request by the watchdog group American Oversight. News organizations and environmental groups have made many more requests under the Freedom of Information Act, while the inspector general offices at the EPA and Interior are investigating Pruitt's spending on security detail and Zinke's spending on charter and military flights, respectively.

Trump has already started some early spring cleaning by firing Secretary of State Rex Tillerson. After Tillerson, Shulkin may be next in part due to a critical report by the department's inspector general on a 10-day trip Shulkin took with his top staff to Europe last summer.

So far, Trump's main environmental ministers, Pruitt and Zinke, appear not to be in serious jeopardy.  Despite the spending, both are effectively enacting Trump's "energy dominance" policy of boosting energy production, popular among Republicans in fossil-fuel states. President Trump holds up an executive order after signing it in the Oval Office on Monday with his Cabinet members, including Veterans Affairs Secretary David Shulkin and Energy Secretary Rick Perry, surrounding him. (AP Photo/Pablo Martinez Monsivais)

— More musical chairs? It seems as if there could be more upheaval ahead in the Trump administration. Following the ouster of Tillerson, some reports about who could be next out the door include Attorney General Jeff Sessions, who has stoked fierce anger from Trump for recusing himself from supervising the Robert Mueller Russia probe. Vanity Fair reported Wednesday that “there have been talks that Trump could replace Sessions with E.P.A. Administrator Scott Pruitt,” who could be placed in an acting role pending Senate confirmation. Before joining the EPA, Pruitt was the attorney general of Oklahoma. Scott Pruitt, administrator of the Environmental Protection Agency, is photographed at the EPA on Nov. 15, 2017. (Ricky Carioti/The Washington Post)

— Pruitt’s Plan B: The EPA chief’s idea to hold a public debate on climate science may not be entirely dead after all. “While White House aides put the brakes on Pruitt's plan, they also suggested an alternative,” per E&E News. The idea is to “take public comments on petitions asking EPA to revisit the Obama administration's endangerment finding, the agency's underlying authority to regulate greenhouse gases in cars, power plants and other sources. That would allow EPA to determine ‘where the arguments are supporting and rejecting the science,’” E&E News reports, citing a person who was at a December meeting with top White House aides and close Pruitt staffers.

— More on the EPA: More than two dozen senators are urging Pruitt not to roll back regulations that require workers to be at least 18 years old in order to handle dangerous pesticides. "These rules protect not only the workers that handle and are exposed to the pesticides, but also areas around agricultural land and the children who may incidentally come in contact with the pesticides," the 27 Democrats and one independent wrote to Pruitt. — A very timely study: There have already been three major winter storms in March. And a new study in the journal Nature Communications lends support to the not-yet-entirely-accepted theory the wild winter weather may be connected to the melting of sea ice in the Arctic. The study “shows that severe winter weather, late in the season, has increased over the eastern United States since 1990 as the Arctic has dramatically warmed, faster than any other part of the world,” The Post’s Jason Samenow reports. “When the Arctic is warm, the study finds, cold weather and heavy snowfalls in the eastern United States are two to four times more likely than when it is cold.”

— Melted and meddling: New research has found that fresh water, likely melted from Greenland or the Arctic, may already be messing with the process driving the ocean’s circulation. Too much fresh water could alter convection, the process by which surface waters travel northward, become cold, dense and sink, and then travel southward, as The Post’s Chris Mooney explains. Fresh water messes with the process because a lack of salinity means water loses density and does not sink as easily. 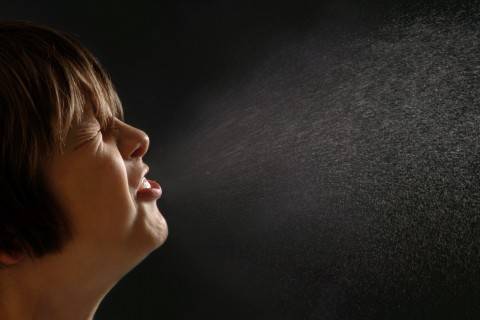 It’s not your imagination. Allergy season gets worse every year.
Global warming is spreading pollen and risks from other allergens.
Vox
OIL CHECK

— How Rexit will affect oil markets: With Mike Pompeo likely soon to be at the helm of the State Department, the United States could take a more aggressive stance against the major oil producers of Venezuela and Iran, Axios reports. David Goldwyn, a top State energy official in the Obama administration, told the news site Pompeo as secretary of state could mean “a period of higher risk and volatility in the energy markets.” 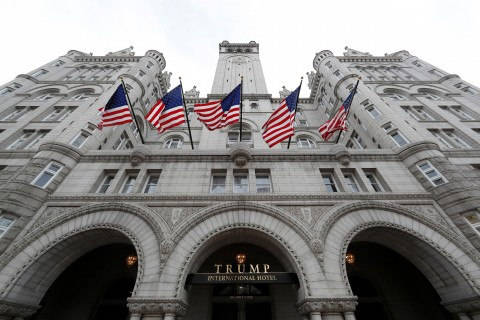 Oil group to lobby president after stay at Trump hotel
It’s not known how much American Petroleum Institute is paying to the hotel, which is controlled by the Trump Organization.
Politico
DAYBOOK

In this March 4, 2015 photo provided by NASA, astronaut Scott Kelly sits inside a Soyuz simulator at the Gagarin Cosmonaut Training Center in Star City, Russia. (Bill Ingalls/NASA via AP)

—This is out of this world: After spending a year in space, astronaut Scott Kelly is no longer genetically identical to his twin brother, Mark Kelly. Preliminary results from NASA’s Twins Study of the identical brothers found 7 percent of Scott Kelly’s genes didn’t return to normal after he returned to Earth two years ago, according to CNN Wire.

What? My DNA changed by 7%! Who knew? I just learned about it in this article. This could be good news! I no longer have to call @ShuttleCDRKelly my identical twin brother anymore. https://t.co/6idMFtu7l5