Sara Dean and her 2-year-old son, Patrick, at their home in Parchment, Mich., where water is contaminated with PFAS. (David Kasnic for The Washington Post)

The Environmental Protection Agency is calling it “comprehensive” and “historic.” Congressional Democrats are calling it another sign of “complacency” on the part of Trump administration regulators.

The EPA's long-awaited "action plan" on keeping a class of long-lasting chemicals out of Americans' drinking water, unveiled Thursday, is already turning into another bone of contention in Washington.

It had the potential to be a rare area of bipartisan agreement: Members of both parties agree that more must be done to control contamination from perfluoroalkyl and polyfluoroalkyl compounds — also known as PFAS. It is widely accepted that these “forever chemicals” — they don't break down naturally — are associated with plethora of health problems, including infertility and certain cancers, and need to be kept out of drinking water. But Democrats and activists say the government is not moving quickly enough.

The agency on Thursday said it was setting long- and short-term goals for controlling PFAS. “We're protecting Americans' drinking water, which is very important,” acting administrator Andrew Wheeler told ABC. “We need to make sure that every American regardless of Zip code has safe, reliable drinking water.”

One of those goals is to set a legal limit on the concentration of two of the most commonly detected chemicals, called PFOS and PFOA, that can appear in drinking water.

“I want to be crystal clear about this — our intent is to establish a [maximum contaminant level] for PFOA and PFOS,” David Ross, assistant administrator in the EPA’s water office, told The Post's Brady Dennis and other reporters.

But critics, including Democrats in Congress and environmental activists in contaminated communities, say that scientists have ample evidence to set those limits because manufacturers have been using them for decades to make a long list of products, including perhaps most notably Teflon-coated cookware.

“It is unacceptable for the administration to drag its heels when it comes to the health and safety of our drinking water,” Sen. Michael Bennet (D-Colo.) said in a statement.

But the agency isn't setting that limit just yet because, according to Ross, it wants to make sure any new rules will be defensible in court.

Many Democrats see that as a delay tactic. Their reaction to the “action plan” also belies a level of distrust that has developed between that party and the Trump administration for environmental regulation as the EPA and other departments move to rewrite Obama-era rules in often more industry-friendly ways.

With Wheeler's nomination to be the permanent EPA administrator soon to come up for a vote, senators such as Shelley Moore Capito (R-W.Va.) spoke to Wheeler directly about the issue several times.

This month, a bipartisan group of 20 senators sent the agency a letter pressing it to develop legal standards for PFOA and PFOS. Without a standard, several states are working on creating their own.

Now with a public response from the agency, Senate Republicans are expressing cautious optimism.

“It’s encouraging to see the EPA taking action to address something that has proven to be a real problem in a number of communities across the country — including in West Virginia,” Capito said. “Today’s announcement is an important step in that direction, and I will remain actively engaged to push EPA to complete the process expeditiously and put that standard in place.” 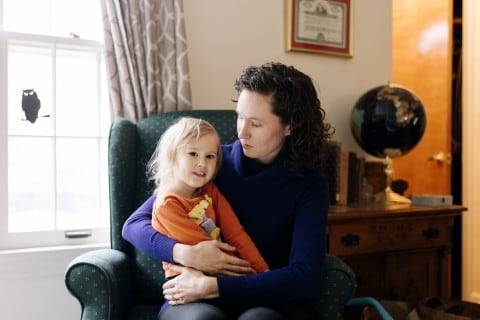 — Turns out Trump’s tweets don’t always work: The Tennessee Valley Authority board of directors voted to shutter two aging coal-fired power plants even after Trump begged the independent agency on Twitter to keep one of them open. The directors, including three of the four appointed by Trump, overwhelmingly voted to close the Paradise 3 and Bull Run plants, The Post’s Steven Mufson reports. “It is not about coal. This decision is about economics,” TVA chief executive William D. Johnson said. “It’s about keeping rates as low as feasible.” — Trump administration comes clean on Puerto Rico recovery: In a letter to Sen. Elizabeth Warren (D-Mass.), the Department of Housing and Urban Development recognized how the partial government shutdown snarled efforts to get aid to the U.S. territory as it continues to recover after Hurricane Maria. The agency stressed it is continuing to assist Puerto Rico but said the “recent lapse in appropriations did impact the pace of the Department’s work.” — Schumer slams McConnell's “cheap, cynical ploy” on Green New Deal: Senate Minority Leader Chuck Schumer (D-N.Y.) criticized this Republican counterpart, Mitch McConnell (R-Ky.), for bringing up the Green New Deal resolution for a vote even though Republicans intend to vote against it. “I challenge Leader McConnell to say that our climate change crisis is real, that it’s caused by humans, and that Congress needs to act," he said on the Senate floor. "This is what two-thirds of the American people agree with." — The “next generation” of weather prediction: The National Weather Service is set to launch a new weather prediction model meant to be a step up from the current one. It is “tentatively” set to become the country’s primary forecast model on March 20.

But . . . As The Post’s Jason Samenow reports, many meteorologists find the new model unreliable. As one put it, it's "[s]cary that this is what we are about to go with on a permanent basis.” The Trump administration has made it a priority to improve the U.S. weather forecasting model, which trails Europe's in accuracy “despite millions of dollars in congressional funding dating back to 2012, after Hurricane Sandy hit.” — What the Swiss have planned for valleys left by melting glaciers: The Alps have more glaciers than any other place in Europe — and Switzerland has the most of any Alpine country. That makes glacial retreat there because of climate change troubling since less meltwater may eventually hamper hydroelectric generation, the New York Times writes in this worthwhile feature. But the disappearance of glaciers also creates opportunity. “As glaciers retreat, these valleys are exposed. Some of them may be ideal sites to collect and store water for hydropower.” — Why Canada can't make the most of the Venezuela oil sanctions: Our neighbor to the north seems like it would be a natural option for American refiners to turn to to make up for the loss in supply from Venezuela. But Canadian oil producers are “finding the opportunity too expensive to exploit,” the Wall Street Journal reports. “Canadian producers have been getting around the pipeline bottlenecks by using trains to carry more crude to the U.S., moving an average of more than 320,000 barrels into the U.S. daily as of November . . . But recent data suggest Canada-to-U. S. rail shipments — which cost more than moving oil through pipelines — are now decreasing sharply because they aren’t economically viable at current oil prices,” the Journal reports. That means Canadian producers can’t meet “the needs of refineries on the U.S. Gulf Coast now cut off from Venezuelan crude.”

— Greenpeace says Amazon is wavering on its commitment to renewable energy: A new report from Greenpeace outlines the environmental costs associated with data centers, warning of their contributions to global warming. The report says the highest concentration of the world’s data centers is in Northern Virginia and that they “are huge consumers of electricity in a state where the dominant utility, Dominion Energy, has been slow to embrace renewable energy," The Post’s Lori Aratani reports. The Greenpeace report also calls out technology companies, Amazon Web Services in particular, for needing to do more to push for renewable energy sources. Amazon, whose founder and chief executive Jeffrey P. Bezos owns The Post, vowed to move to 100 percent renewables to run its data centers, “but the report contends the company appears to be wavering from its pledge,” Aratani writes. Amazon criticized the report as inaccurate.