The Energy 202: 'The only thing we had going for us, really, were the power plants,' says Ohio sheriff The shuttered J.M. Stuart Plant is pictured in Aberdeen, Ohio. (Photo by Luke Sharrett for The Washington Post)

In 2018, the consumption of coal hit a four-decade low in the United States. A total of 19 coal-fired plants to closed last year, making for one of the largest waves of such retirements in the single year.

Ohio's Adams County was hit twice as hard, it could be said, when two coal plants, called J.M. Stuart  and Killen, closed there on the same day.

The Post's Brady Dennis and Steven Mufson report on what happens to one rural county east of Cincinnati when about 700 well-paying coal jobs vanished.

...in places like Adams County, with a population of about 28,000 and already one of the poorest corners of Ohio, the death of a coal plant also can leave an unmistakable void. When the Stuart and Killen stations closed last year, with them went the area’s highest-paying jobs, its largest employers, its biggest taxpayers and, in many ways, its lifeblood.

“It’s devastating, really, to be honest,” said Adams County Sheriff Kimmy Rogers, who said he has fewer deputies than when he started in 2010 and, during some shifts, has only two to cover 583 square miles. “The only thing we had going for us, really, were the power plants.”

In the months since last year’s closures, workers fled for jobs in Wyoming, Florida, Washington, Idaho, Wisconsin, Colorado, Oregon and elsewhere. The local school system has seen enrollment plunge and has cut positions to make up for budget shortfalls.

Of the plant workers who stayed in Adams County, some have used federal assistance to enroll in community college to train for other trades, such as welding or electrical work. Others have competed with their former co-workers for a handful of industrial jobs in the area, some of which offer lower pay and require longer commutes.

Some workers, like 58-year-old Linda Kirschner, felt too old to begin a new career but are too young to tap into their retirement savings.

“It’s been the worst year,” said Kirschner, who worked at the Killen Station for 37 years. “That plant had been my whole life.”

Of course, all this didn't happened without a herculean effort on the part of the workers at the generating stations to appeal to everyone they could to keep the plant open — including President Trump and his administration.

....local officials and union workers in Adams County scrambled to salvage them. Ty Pell, president of the county commissioners, traveled to the state capital, as well as to Washington, to seek help from Ohio’s elected officials and from Vice President Pence.

“We did all we could,” recalled Pell, whose father worked at the Stuart plant. “We knew we were behind the eight ball.”

Ultimately, though, the company that owned the plants stuck with its decision, which it said it made “in response to declining market conditions.”

In recent years, coal has increasingly difficult time competing with cheaper and cleaner alternatives, such as natural gas and solar and wind energy.

That decline has engendered different responses from different sides of the political spectrum. The Trump administration has tried to roll back regulations on both coal mining and coal-fired power and even proposed new rules that would subsidize coal generating stations. Democrats advocating for the Green New Deal, however, call for a "just transition" for such workers that guarantee them high-quality jobs.

Read the rest of the story here: 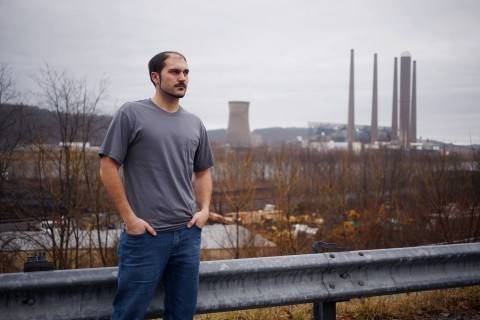 Health & Science
In small towns across the nation, the death of a coal plant leaves an unmistakable void
Nearly half the nation’s coal plants have been shuttered in the past decade. That profound shift has moved the U.S. toward cleaner forms of energy but left some communities reeling.
Brady Dennis and Steven Mufson
POWER PLAYS In total: “Trump’s rollbacks of Obama-era conservation policies have suffered nearly two dozen setbacks in federal court, largely on procedural grounds. While the administration is appealing many of these decisions and holds an advantage if the cases reach the Supreme Court, the rulings have slowed the president’s drive to expand fossil fuel production in the United States.”

— Senate Democrat calls for Interior watchdog probe into Trump nominee: Sen. Ron Wyden (D-Ore.), who grilled acting Interior Secretary David Bernhardt during his confirmation hearing last week, sent a letter to the agency’s inspector general calling for an investigation into a report that he stopped the release of a Fish and Wildlife analysis on toxic chemicals.

“I am deeply troubled by what appears to be a political appointee meddling in the scientific process at USFWS in its analysis of toxic pesticides and their effect on the environment and hundreds of endangered species,” Wyden wrote in the letter. Wyden called for more information from the inspector general’s office on Bernhardt’s role in the analysis and for an assessment of some of his claims under oath during Thursday’s hearing. — Pipeline plans: President Trump has signed an order to allow construction of the Keystone XL pipeline, the “latest effort to jump-start one of the most controversial infrastructure proposals in recent U.S. history,” The Post’s Juliet Eilperin and Brady Dennis report.  Last year, a federal court judge had paused the project saying the administration had not adequately considered the environmental consequences of the pipeline.

“But because that law applies to agency actions, as opposed to those by the White House, the president may be able to sidestep the issue by granting the permit himself rather than delegating the cross-border permit to the secretary of state,” Eilperin and Dennis write. “Trump’s move to approve the pipeline does not address a separate legal hurdle that the project faces in Nebraska, where the state Supreme Court is considering a challenge landowners have brought against the pipeline route approved by the Nebraska Public Utilities Commission.” An aerial view of the Amelia neighborhood in the municipality of Catano, east of San Juan, Puerto Rico. (Dennis M. Rivera/AP)

— Disaster aid at an impasse over Puerto Rico: A partisan standoff has erupted over the disaster funding bill covering much of the United States, sparked by Trump’s opposition to more disaster funding for Puerto Rico. And the tension threatens to doom legislation that’s up for a Senate vote on Monday, The Post’s Erica Werner and Jeff Stein report. The impasse could delay indefinitely a bill providing more than $13 billion in critical recovery funds after California’s wildfires, Hawaii’s volcanic eruptions, hurricanes in the South and flooding in the Midwest.

The details: Democrats are against the Republican bill, “contending that the $600 million it contains for Puerto Rico’s food stamp program ignores broader needs on the island. They are accusing Trump and the GOP of indifference toward Puerto Rico as the territory continues a nearly two-year recovery from Hurricane Maria, arguing the Trump administration has been slow to make funding available.” Meanwhile, Republicans have accused Democrats of grandstanding over Puerto Rico.

Flooding along the Missouri River in Iowa. (DroneBase via AP)

— “Breaches everywhere”: Meanwhile in the Midwest, hundreds of miles of levees have been breached and overtopped following severe flooding in the Midwest, leaving Nebraska, Iowa, Missouri and other states without critical protection. And the aging levee system in general has left questions about what to do in the future. “And with the fear of more floods in the coming years — and perhaps even the coming weeks — many people said living and farming near the water might not be viable much longer without major changes” the New York Times reports. Species like this arboreal bromeliad tree frog have been found infected with chytrid. (Jonathan E. Kolby)

— Amphibian apocalypse is twice as bad as scientists thought: A deadly fungal disease called chytridiomycosis has contributed to declines in  more than 500 amphibian species, with 90 species thought to have gone extinct because of it, according to a landmark study published last week in the journal Science.

“Populations in tropical Australia, Central and South America seem to be hardest hit, though populations in Africa, Europe and North America are also affected. According to this accounting, the epidemic has caused the worst loss of biodiversity of any disease ever recorded,” Jason Bittel writes for The Post. By comparison, the relatively well-known West Nile virus affects just 23 bird species.

Man it’s a hot one: Some areas in Alaska saw the earliest 70-degree reading on record in March, with more temperature records expected to be broken during the weekend. “Since the beginning of the month, Alaska has seen 55 tied or broken record daily highs through March 23, according to National Oceanic And Atmospheric Administration,” CNN reports. “March will be the 29th month since January 2013 to rank in the warmest 10% since 1925, while only one month -- April 2013 -- in this time period is in the coldest 10%.”

— PG&E’s wildfire woes continue: A federal judge wants to block PG&E from making dividend payments to shareholders until it reduces its role in sparking wildfires in California, the Wall Street Journal reports. U.S. district court judge William Alsup, who has overseen the utility’s probation since it was convicted of safety-related violations in 2010, wants the company to meet its goals of trimming trees near power lines.

But experts say this action has little precedent and could have major consequences for other companies put on probation. While judges have previously put companies on probation for safety issues, it’s “extremely unusual for a judge to substantially alter those terms to punish further wrongdoing.”

— Chemical storage site too risky weeks after fire: The chemical storage complex near Houston is still too hazardous for investigators to gain access two weeks after the site erupted in a blaze. “Intercontinental Terminal Co. is still trying to drain millions of gallons of volatile oil byproducts from tanks damaged in the four-day blaze that began on March 17,” Bloomberg News reports. “The ground around the tanks is also saturated in dangerous fluids, severely restricting access to the facility 20 miles east of downtown Houston.” And still, carcinogenic benzene plumes are erupting over the disaster zone and nearby areas, the company says. A plastic Garfield phone sits on the beach in Plouarzel, western France, after being collected by environmental activists, on Thursday. (Fred Tanneau/AFP)

— For decades, Garfield telephones kept washing ashore in France: Claire Simonin-Le Meur, president of the environmental group Ar Viltansoù, told The Post there was a belief among locals that the phones originated from a shipping container that sunk to the bottom of the ocean, “leaving environmentalists to fear Garfield’s plastic toxicity would continue to pollute the ocean indefinitely,” The Post’s Meagan Flynn reports. This year, she got a tip. When she was on a beach cleaning up debris, a local farmer told her that he had discovered a “cave, tucked into the seaside cliffs, there it was: a metal shipping container — and a cache of Garfield telephones.”