The Energy 202: Green groups grapple with how to respond to Hunter Biden's gas company role President Trump and his personal attorney Rudolph W. Giuliani have alleged without evidence that former vice president Joe Biden pushed for the firing of Ukraine’s top prosecutor to quash a probe into the natural gas company on whose board his son sat. Former U.S. officials and Ukrainian anti-corruption activists have widely disputed Trump's unsubstantiated theory.

But environmental groups, which are increasingly opposed to all fossil fuels at a time of heightened concern about climate change, are split over how to respond to the fact that a leading presidential candidate's son worked in the natural gas business. And Hunter Biden's work has put some of the former vice president's 2020 rivals in the awkward position of responding to whether they would want members of their own vice president's family to work at a foreign energy company.

Hunter Biden's role at the Ukrainian energy company Burisma Holdings is serving as a backdrop of an extraordinary whistleblower complaint accusing Trump of abusing his office for personal gain by pressuring his Ukrainian counterpart in a July 25 phone call to open an investigation into the Bidens.

Here are the facts: For five years, the younger Biden served on Burisma's board. The firm's owner came under scrutiny by authorities there, but Hunter Biden was not accused of any wrongdoing in the course of the investigation. As vice president, Joe Biden separately pressured Ukraine to fire its top prosecutor, who Biden and other Western officials said was not sufficiently pursuing corruption cases. At the time, the investigation into Burisma was dormant, as The Post's Paul Sonne, Michael Kranish and Matt Viser report.

Some environmental groups drew a connection between Hunter Biden's role at the Ukraine gas company and energy policies promoted by his dad as vice president, which included helping Ukraine produce its own gas.

"It's not just Hunter — it's Vice President Biden's multitude of connections to energy experts who continue to push the false narrative that there's a place for gas in a clean energy future," Collin Rees, a campaigner for Oil Change U.S., wrote by email.

Rees, whose organization is pressing presidential candidates to renounce donations from fossil-fuel executives as part of a “No Fossil Fuel Money Pledge," noted that Biden attended a New York fundraiser last month hosted by Andrew Goldman, a businessman who helped start a natural gas company.

"Joe Biden's continued refusal to stand up to the fossil-fuel industry and make it crystal clear that fossil fuels must be kept in the ground and that gas is not a bridge fuel is troubling indeed," Rees added.

But other green groups are more reluctant to wade into the political thicket surrounding. The Sunrise Movement, which also has cornered candidates at events to ask them to sign the “No Fossil Fuel Money Pledge," declined to comment on Hunter Biden's job history. The Sierra Club also declined to comment.

Back in 2014, Joe Biden flew to Ukraine to announce a U.S. aide package meant to boost Ukrainian gas production. One of the goals was to wean the nation off of dependence on Russian fuel. "Imagine where you’d be today if you were able to tell Russia: ‘Keep your gas,’” Biden told the Ukrainians.

“The global peddling of natural gas is a Democratic and a Republican problem," Karen Orenstein, deputy director of economic policy at Friends of the Earth, wrote by email. "Exploitation of natural gas in Ukraine under the guise of so-called 'national security' promotes climate pollution in an age of climate emergency. The only way to promote real energy security is to work together with Europe to rapidly end our shared reliance on fossil fuels, and to help other countries to do the same."

Now five years later, as a presidential candidate, Biden has made a series of commitments to shrink, rather than grow, the use of fossil fuels. Biden has called for the elimination of fossil-fuel subsidies and — in an major about-face from the Obama administration — has promised to ban new leases for coal, oil and gas extraction on federal land.

But Joe Biden has still stopped short of calling for nationwide bans on fracking and on fossil-fuel exports, as some of his Democratic rivals have.

Several fellow Democrats running against Biden for president, too, were weary of amplifying an unsubstantiated story about the Biden being pushed by Trump.

When asked by a reporter over the weekend if she would allow the son or daughter of her vice president to serve on the board of a foreign oil company, Sen. Kamala D. Harris said "probably not."

But the senator from California added that focusing on the Bidens is a "distraction" from the real issue, which is Trump's allegedly corrupt conduct.

"As far as I'm concerned, leave Joe Biden alone," Harris said. "Leave him alone." She added: "I'm not going to be distracted by what this president is trying to play, which is a game, because he knows he's actually probably looking at an indictment."

VIDEO: @KamalaHarris is asked if she would allow the child of her VP serve on the board of a foreign oil company.

Harris: probably not...I'm not going to be distracted by what this President is trying to play which is a game

Sen. Elizabeth Warren (Mass.) similarly has said she is uncertain whether a vice president's child could serve on a foreign company's board under her proposed ethics rules.

"I'd have to go back and look at the details of the plan," said Warren, who earlier this year introduced an anti-corruption bill that would make the vice president subject to conflict of interest restrictions.

FLAG: Senator Elizabeth Warren appears uncharacteristically flustered when asked if her ethics plan would allow her Vice President's son to serve on the board of a foreign company: "No," she said. "I don't know. I mean I’d have to go back and look at the details." #nhpolitics pic.twitter.com/EksLlMEsew

A Warren spokesperson later told to The Post's Annie Linskey that the legislation "doesn’t prevent any children of a VP from serving on a company’s board."

A Warren campaign spox on whether, under a Warren administration, her VP’s child could serve on the board of a foreign company: “The [ethics] bill doesn’t prevent any children of a VP from serving on a company’s board.” 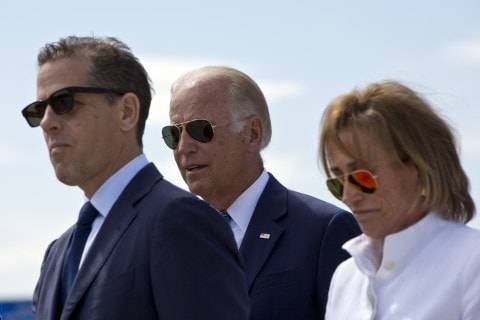 National Security
The gas tycoon and the vice president’s son: The story of Hunter Biden’s foray into Ukraine
Then-Vice President Joe Biden’s son joined the board of an obscure Ukrainian gas company as its owner, a former minister, looked to navigate the threat of prosecution and changing political winds.
Paul Sonne, Michael Kranish and Matt Viser

Correction: The original version of this story said Hunter Biden flew to Ukraine in 2014 to announce a U.S. aide package for the country. It was Joe Biden, not Hunter, who made the trip. — Giuliani subpoena seeks records related to Rick Perry: Three House committees issued a subpoena to Trump personal lawyer Rudy Giuliani for any records related to his communications concerning Ukraine, the Biden family and other related matters, The Post’s Karoun Demirjian and Josh Dawsey report. Among the numerous things included in the subpoena from the House Permanent Select Committee on Intelligence are documents related to Energy Secretary Rick Perry. The request includes any documents and communications pertaining to the inauguration of Ukrainian President Volodymyr Zelensky and Perry’s possible attendance and communications related to a White House meeting that may have involved the secretary.

— 2020 watch: In case you missed it, Warren and billionaire environmentalist Tom Steyer released the latest in a slew of plans on Friday:

— Musical chairs in the Interior Department: Interior Secretary David Bernhardt has reshuffled several of his deputies. 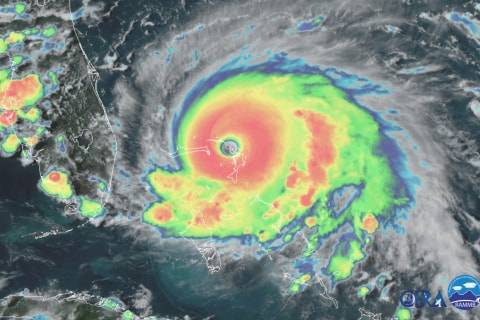 — BP leader eyes exit: Bob Dudley, the chief executive at oil and gas giant BP, is planning to step down next year, “ending a tumultuous decade at the helm of the oil and gas company that swung from near collapse in 2010 to rapid growth today,” Reuters reports. No final date has been determined, but Dudley has mentioned the possibility of retiring numerous times in recent years.

The turnaround: Dudley took over in 2010 shortly after the Deepwater Horizon disaster, which “shook the company to its core,” the executive told The Post's Steven Mufson last year. "Since the blowout, BP has sold off $75 billion of assets to cover unprecedented government fines, private damage claims and legal bills," Mufson wrote in his 2018 profile of the oil giant. "It has retooled facilities, ousted two top executives and been lucky with the ups and downs of oil prices. Now it is once again investing profitably in massive oil and natural gas projects, including a Caspian gas pipeline, wells offshore Egypt and the fracturing of shale gas rock formations in east Texas." — Electric future: A gas station in Maryland is the first in the country to switch completely from offering gasoline to offering electric power. “Fittingly, Depeswar Doley, a friendly Takoma Park fixture and RS Automotive’s owner since 1997, said he doesn’t know how much money the new charging stations will net his business — and doesn’t particularly seem to care, as long as he can continue paying his staff a living wage while cutting ties with Big Oil,” The Post’s Peter Holley reports. 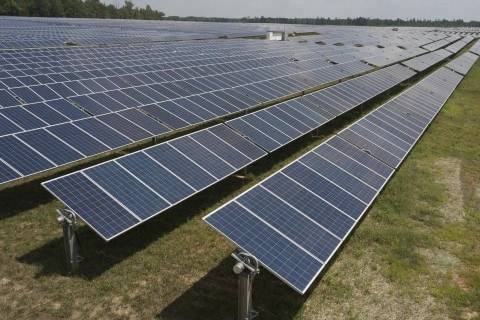 — A rare September storm in the Montana Rockies: