The Finance 202: How committed is the GOP to tax cuts for the rich? We’re about to find out.

Just how committed are Republicans to tax cuts for the rich? We’ll find out in the next few weeks.

The rumored push by Stephen K. Bannon, President Trump’s senior strategist, for a more progressive tax code — raising the top marginal rate on the highest earners to ease the burden for everybody else — hasn’t won any GOP fans since word of it broke Sunday.

But another debate will force the same question when Republican lawmakers return to Washington next week. As Senate Majority Leader Mitch McConnell (R-Ky.) struggles to forge an Obamacare repeal-and-replace plan that can win 50 votes in his chamber, Republican senators are considering whether to preserve the existing law’s so-called net investment income tax.

That levy, which collects 3.8 percent of a couple’s investment income above $250,000, will raise a whopping $172.2 billion over the next decade, according to projections by the Congressional Budget Office. And it falls disproportionately on the richest Americans: The top one percent of earners pay 90 percent of the tax. Repealing it would be sweetest for the top tenth of a percent of taxpayers, who’d see an average cut of $165,000, a Tax Policy Center analysis found.

Those figures, stacked against the 22 million people who stand to lose insurance coverage under the first version of the Senate GOP’s proposal, have given Democrats a potent line of attack. The bill, they say, isn’t a health-care reform plan; it’s a wealth transfer from the poor to the rich. And the criticism has landed: Only 17 percent of Americans approve of the bill, versus 55 percent who disapprove, according to one recent poll. That’s prompted a reevaluation of the merits of repealing the investment tax, with Republican Sens. Bob Corker (Tenn.), Susan Collins (Maine), and Mike Rounds (S.D.) all criticizing the idea before the July Fourth break. The debate offers a good first look into the state of the party’s anti-tax orthodoxy. More dogmatic conservatives argue the tax has to go, because it’s part of Obamacare, and Republicans ran and won on a promise to gut the law. "We pledged that we’d repeal Obamacare. I don’t remember anybody going around saying, oh, except for these job-killing tax increases,” Sen. Patrick J. Toomey (R-Pa.) told Bloomberg last week.

And while health-care businesses hit with new taxes under the law are pressuring Republicans to scrub those from the books, there’s little in the way of an organized lobbying campaign to kill the investment tax. “It would be our preference to see it go but I think for political reasons and optics it might remain in there,” Kevin Kuhlman, a lobbyist for the National Federation of Independent Business, tells my colleague Paige Winfield Cunningham. “It is the biggest and probably the most politically or optically difficult.”

The investment tax is primed to figure prominently in the debate Senate Republicans will resume over their health-care plan once they’re back in town. But that will hardly be the end of the discussion about the tax treatment of the rich. Republicans took up the health-care package first in part so they could wipe out the Obamacare taxes early before moving on to the rewrite of the entire tax code they aim to take up next. Both projects are shadowed by a longer-running tension over whether the party should be hidebound by its old approach. A commitment to opposing tax hikes of any kind had, until recently, been the sine qua non for national success as a Republican. Five years ago, as the party’s 2012 presidential field took shape, the party was emphasizing the urgency of reducing debt they said President Obama had recklessly piled up. Yet when eight hopefuls met on a debate stage in August 2011, they agreed unanimously each would reject a debt-reduction deal that included one dollar of tax increases for 10 dollars in spending cuts. The message was clear: The only thing more imperative than tackling the debt was not raising taxes.

Fast forward to last year to when the GOP rallied, if reluctantly, behind a candidate who flirted with hiking upper-income taxes — and not even to reduce the debt, but to provide more relief to the middle class, as Bannon has proposed. “For the wealthy, I think, frankly, it's going to go up. And you know what, it really should go up,” Trump said in a May 2016  appearance on NBC’s Meet the Press. The statement fit into Trump’s larger populist program, goring conservative conventions on free trade, entitlements, and infrastructure spending.

It wouldn’t last. In November, shortly after Trump tapped him to lead the Treasury Department, Steven Mnuchin went on CNBC and appeared to commit the incoming administration to at least not cutting taxes for the rich: ”Any reductions we have in upper-income taxes will be offset by less deductions so that there will be no absolute tax cut for the upper class," he said. Democrats seized on the statement, branding it the “Mnuchin rule” in an attempt to hold the White House to that standard. But Mnuchin disavowed it last month. “You made it a rule, I didn’t make it a rule,” Mnuchin told Sen. Ron Wyden (D-Ore.), during testimony before the Senate Budget Committee. “I have walked it back from the CNBC interview.” Obviously a lot has changed in a hurry. Mnuchin and National Economic Council Director Gary Cohn have steered the administration’s economic policy back toward the traditional Republican comfort zone. So much so that Bannon’s tax proposal — one that Trump endorsed at least notionally just a year ago — now feels like a catcall from the bleachers. The corporate-friendly pair have been huddling regularly with congressional Republican leaders to plot the course for a tax overhaul. Asked if Bannon’s idea would shake things up, one GOP Senate aide sniffed, “Last I checked, he wasn’t in the meetings.” — Members of the Federal Reserve are split on longer-term plans after voting nearly unanimously to raise rates in June, minutes released from that meeting show. With data showing the economy hasn't been showing a strong response to recent rate increases, some want to hold off on the next one. And officials remain divided over when to start unwinding the Fed's balance sheet, with some pushing to start in the next few months and others backing a wait-and-see approach.

The June rate hike was a vote of confidence in the economy, and Fed officials pointed to a labor market picking up steam while business investment and consumer confidence likewise look up. But wage growth and inflation remain disappointing.

— And Greg Ip sees a worrying array of signposts lining up that suggests a recession could be around the corner: "If you drew up a list of preconditions for recession, it would include the following: a labor market at full strength, frothy asset prices, tightening central banks, and a pervasive sense of calm. In other words, it would look a lot like the present."

— Speaking from Warsaw, Trump warned that he’s considering “some pretty severe things” in response to what he called “very, very bad behavior” from North Korea after that country tested an intercontinental ballistic missile.“Something will have to be done about it,” he said in a speech, though he did not get specific. The president faces opposition from Russia and China.

— It's Trump against the world as the president makes his way to Germany for his first G-20 summit. The president has galvanized international opposition with his approach to trade and climate change, and now some of those countries are pursuing their own trade deals. To that end, breaking overnight: Japan and the European Union have formally agreed to an outline for a trade pact, though they still need to fill in the details.

German Chancellor Angela Merkel, meanwhile, has already signaled she will likely challenge Trump on a number of issues, including on climate and trade. But Trump's most consequential meeting could come Friday, when he sits down face-to-face with Russian President Vladimir Putin.

— Popular opinion in G-20 countries is decidedly sour on Trump's leadership, a new Pew Research Center Survey found. Out of 19 member countries surveyed, only residents of Russia and India prefer him to lead on world affairs over German Chancellor Angela Merkel. That includes the U.S., where Merkel leads Trump, 56-46%. 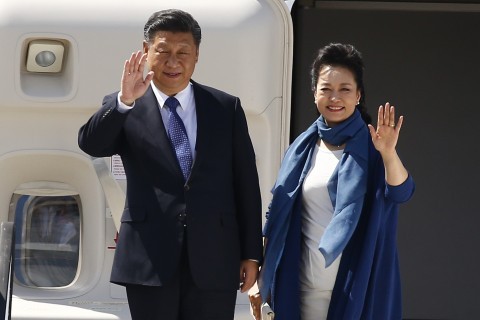 China to Hold High-Level Meeting Aimed at Streamlining Financial Regulation
China’s leadership is set to convene a long-delayed policy meeting late next week to streamline financial regulation, according to people with knowledge of the matter, as curbing risks becomes a priority for Beijing in a year of political transition.
WSJ
POCKET CHANGE 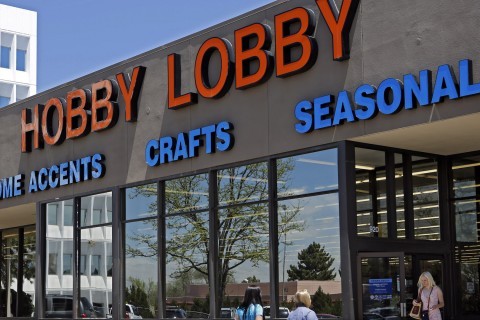 Hobby Lobby Agrees to Forfeit 5,500 Artifacts Smuggled Out of Iraq
Under a deal with federal prosecutors, the seller of art supplies agreed to return the items, pay the government $3 million and improve the way it collects antiquities.
New York Times 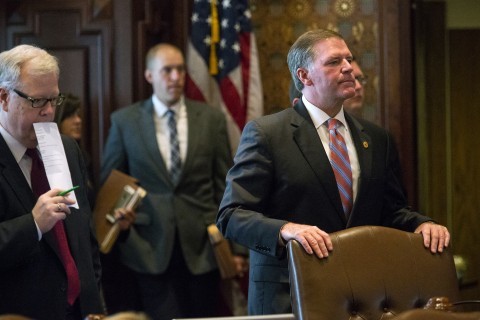 Illinois risks rating cut to junk even with budget: Moody's
Even if Illinois' House of Representatives takes action to enact a new budget on Thursday, the state still risks a downgrade in its credit rating to junk, Moody's Investors Service warned on Wednesday.
Reuters
MONEY ON THE HILL 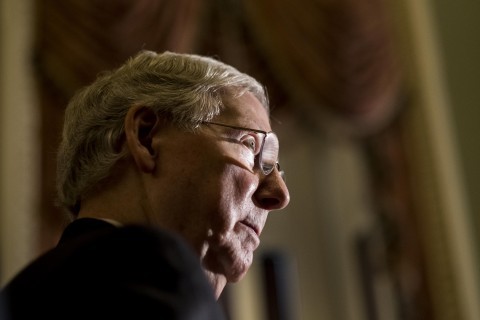 Health Care? Taxes? Budget? G.O.P. Has Big To-Do List, but Little Time
Republicans in Congress face intense pressure to achieve something of consequence so they can claim the first year of the Trump administration has been a success.
New York Times
OPINIONS 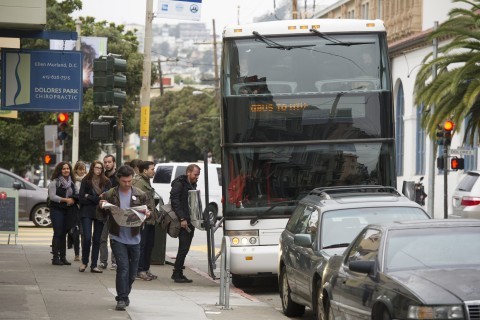 Don't Confuse Valuation With Public Embrace of Tech
Chris Anderson, former editor-in-chief of Wired magazine, says it was a common error in the years after 2000.
Barry Ritholtz, via Bloomberg 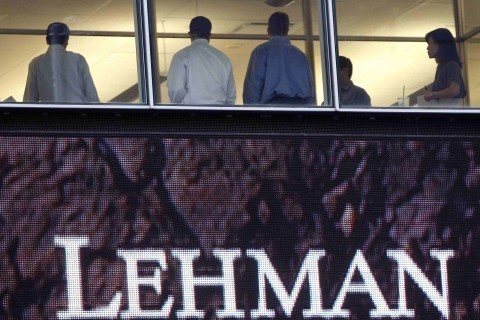 CEO-Worker Pay Ratio Generates Outrage—And Some Insight
A controversial new metric on executive pay is on Congress’s chopping block. Shareholders should want it to survive, even if it only provides a sliver of insight into the companies they own.
WSJ
THE REGULATORS --The acting director of the Federal Trade Commission's Bureau of Competition has retired after just five months with the title, Axios reported. The deputy director in the same bureau has also left to work at a private law firm.

Markus Meier, who led the health care division of FTC’s Bureau of Competition, is now the acting director. 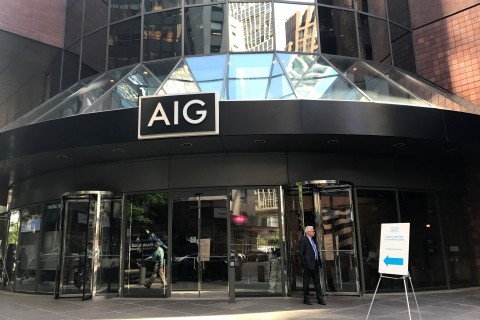 — Forbes is out with a rundown of the net worth of Trump's cabinet — apparently wealthiest in modern history, with a combined $4.3 billion. The roster runs from the wealthiest, Commerce Secretary Wilbur Ross ($2.5 billion) to the poorest, Vice President Mike Pence ($800,000). 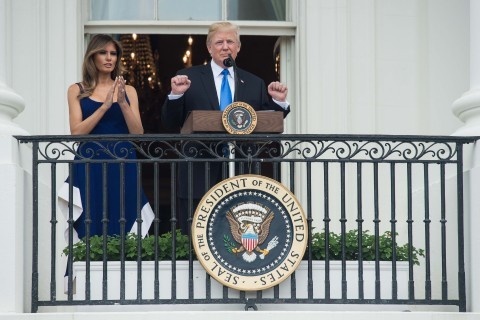 Trump administration sets one of the slowest paces for staffing and nominations in recent history
Democrats and Republicans point fingers, but some of the fault lies with White House’s failure to turn in documentation.
Elise Viebeck 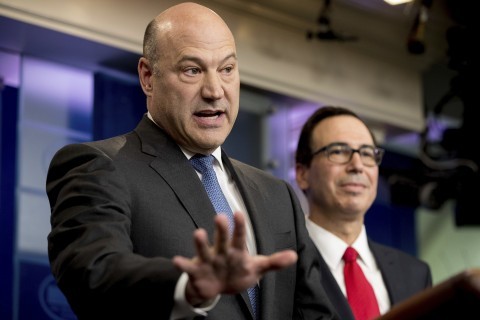 Inside the White House’s policymaking juggernaut
National Economic Council director Gary Cohn has found himself at the center of the administration’s fiercest policy battles.
Politico
DAYBOOK

Welcome back to The Finance 202 from your July Fourth holiday. Here's a look at fireworks from celebrations yesterday across the nation:

Trump is heading to Europe ahead of the G-20 summit in Germany:

And before Trump's highly anticipated meeting with Vladimir Putin, here's a look at what the Russian president hopes to get out of the meeting:

The Trump CNN meme, #CNNblackmail, and the nebulous “Trump Internet”: