Here’s a new nightmare scenario for the prospects of a major tax code overhaul: the Senate Republican push to replace Obamacare collapses, and instead of finally clearing the decks for the party to tackle taxes, the health-care implosion brings a tax rewrite down with it.

The danger of that sequence of events coming to pass is far from clear and present. But it is a real possibility.

This is how it could play out. While Senate Republicans struggle to reach agreement on a health-care bill that can muster a bare majority, House Republicans are trying to forge a path through a deadlock of their own on a budget resolution. At the moment, their central dispute pits moderates resisting $200 billion in mandatory spending cuts that House Budget Committee Chairwoman Diane Black (R-Tenn.) has ordered against deficit hawks who want twice that much. But if the Senate health-care effort goes up in smoke, the $772 billion in cuts the most recent version drew from Medicaid would vanish along with it (a new version of the health-care measure is expected today and the Medicaid cuts are expected to remain per my colleague Paige Winfield Cunningham in The Health 202). That could prompt conservatives in the House who already voted for those cuts and considered them banked to demand even steeper entitlement rollbacks in the budget they’re struggling over now — a development that would render an already-sticky negotiation all but impassable.

“I could see it going that way,” Rep. Mark Walker (R-N.C.), chairman of the conservative Republican Study Committee tells me of conservatives requiring deeper entitlement cuts in the budget if the Senate GOP can’t advance their health-care package. “We’d have to figure out something to curb the mandatory side specifically.” And Republicans need to pass a budget for a tax rewrite to stand a chance. That’s because the spending blueprint will carry with it the procedural tool known as reconciliation that allows the GOP to pass a bill with simple majorities in both chambers.

Rep. Joe Barton (R-Tex.), a member of the hard-line Freedom Caucus who also serves on the Budget Committee, called it a “rhetorical question that we’re not ready to answer,” pending Senate Republican progress on health care. The Freedom Caucus has already demonstrated a willingness to add new demands to the budget talks. On Wednesday, the group threatened to sink the measure unless Republican leaders release a plan to slash corporate tax rates and double the standard deduction for individuals.

House GOP leaders have been eyeing an escape hatch in the event the standoff over cuts to mandatory spending threatens to stymie the tax overhaul, still the party’s top economic priority. They could simply pass another so-called skinny budget, as they did in January to lay the tracks for health care. Back then, Republican leaders sold conservatives on that option, which held current spending levels steady, on the basis that it was only a means to kick-start an agenda that would quickly bring the deep spending cuts they sought.

It's not clear the same argument would work a second time. One former GOP leadership aide predicts conservatives would reject the maneuver if the entitlement cuts embedded in the Obamacare repeal are dashed. “If health-care gets done, the budget becomes less about policy and more about creating a glide path to tax reform,” he said. If Obamacare repeal falls apart, however, “the policy discussion gets a lot more complicated, and it’s going to be somewhere between super-hard and impossible to pass a budget.”

Rep. Tom Cole (R-Okla.), a senior member of the Budget Committee, says he doesn’t “want to speculate too much on that because I hope obviously that the Senate is able to produce something and we can work with them then to pass something.”

It's unclear whether that will happen.

The Federal Reserve chair declined to specify the pace of rate hikes or the schedule for unraveling the central bank's portfolio. She said she expects factors holding back inflation will fade in the months ahead, allowing the Fed to hold its course. But she also hedged by saying if inflation fails to pick up, the Fed could adjust its course.

— The Dow closed at a record high following her testimony. Market watchers chalked it up to investors seeing Yellen's remarks as more dovish than they expected. Treasury yields and the dollar also fell following the release of her testimony.

But the hearing featured some back-and-forth between Republican and Democratic members of the committee, over whether Trump can claim the economy's performance under his brief presidency owes it to his leadership. Yellen did her best to stay out of it.

— Yellen's need to do so was especially urgent considering the president will be deciding soon whether to keep her in the job. In what could have been her final appearance before the committee as chair, if Trump does not appoint her to a second term when her first one expires early next year, Yellen sidestepped questions about her future. Per CNBC, she declined to say whether she expects to be renominated. "I have not said anything about that. I intend to serve out my term," she said. 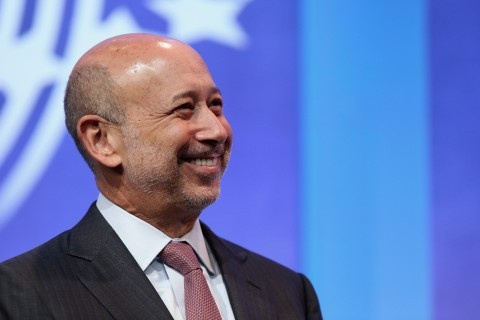 New Lloyd, Same Goldman
The CEO survived the financial crisis and then cancer. Now he’s pushing a bold commitment to trading that’s out of favor in the industry.
Bloomberg
MONEY ON THE HILL

— The Trump administration’s tax plan, such as it is, could end up meaning a tax hike for a quarter of middle-class families, according to a new study by the Tax Policy Center. The analysis shows that nearly half the savings from the plan would accrue to the richest 1 percent of taxpayers. Conservative economist Doug Holtz-Eakin argues the Trump administration hasn’t supplied enough detail about its proposed approach to draw such conclusions.

— House Republicans unveiled a Homeland Security appropriations bill that includes a $1.6 billion down payment on Trump's proposed border wall, a move sure to reignite a standoff with Democrats over one of the president's signature campaign pledges. Politico: "Still, Trump and his budget chief, Mick Mulvaney, have said they won’t cave so readily this time — even if it means shutting down the government. And already conservatives in the House are urging the administration to embrace the hardball strategy."

— Hal S. Scott, a professor of international financial systems at Harvard Law School, writes that policymakers calling for a Glass-Steagall Act revival don’t know what they’re talking about, since repeal of the law didn’t cause the financial collapse. They should focus instead on Dodd-Frank’s so called Hotel California provision that bars bigger commercial banks that took TARP money from spinning off their investment-banking activities.

— Gina Chon writes that Gary Cohn's background and temperament as a trader, and his inexperience in government, make him a bad choice to succeed Janet L. Yellen as Fed chair. Politico reported earlier this week that Cohn, Trump's chief economic whisperer, is the leading candidate for the job.

— Trump's pick to lead the Federal Deposit Insurance Corp. — former Hill staffer Jim Clinger — has withdrawn from consideration, citing family issues. It's the latest in a series of setbacks for the administration's push to fill a slew of positions for financial regulators.

— Foreign leaders are descending on the annual summer meeting of U.S. governors, which kicks of Thursday in Providence, in hopes of end-running the Trump administration’s protectionism, Dan Balz writes. Leaders from Canada, Mexico, India, China and Japan are expected to attend — an highly unusual turnout that underscores how nervous traditional trading partners are feeling about their ties to Washington these days.

— There have been a lot of Trump-related headlines this year so good they seemed to capture the spirit of his administration with bumper-sticker brevity. Here's one from today that deserves Hall of Fame consideration: "White House criticizes accuracy of Congressional Budget Office, misspells ‘inaccurately’ in first version of video." (They spelled it "innaccurately.")

Vox's Matt Yglesias has the original:

Here are some other good reads: 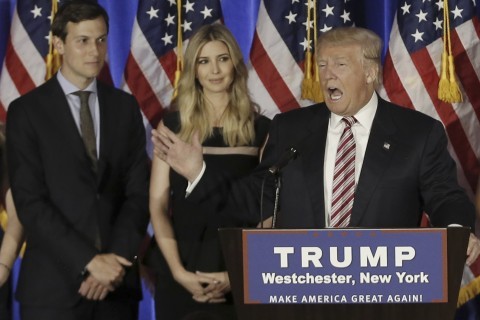 ‘A million miles per hour’: Inside Trump’s campaign when Trump Jr. met with Russian lawyer
The offer of damaging information on Clinton came as the chaotic Trump campaign was scrambling to catch up.
Abby Phillip 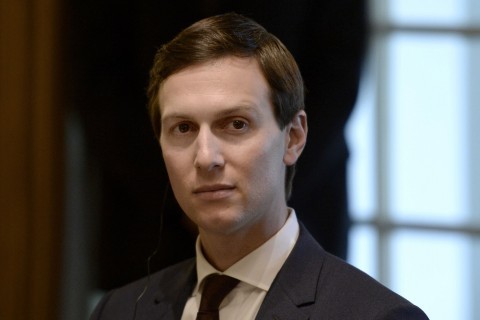 Scoop: Trump lawyers want wall between Kushner, president
The team contends that it isn't out to get Kushner, but just wants to protect the president.
Axios 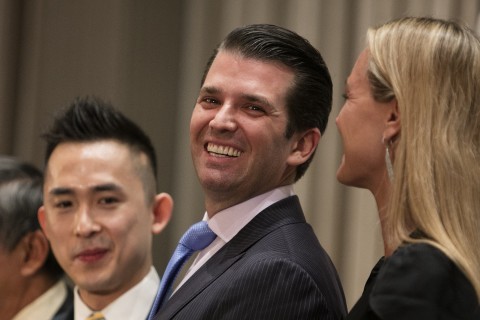 A chart on the impact on jobs by the "Taylor Rule" is projected behind Federal Reserve Chair Janet L. Yellen as Democratic members of the House Financial Services Committee question her during the committee's hearing on Capitol Hill in Washington, Wednesday, July 12, 2017. (AP Photo/Jacquelyn Martin) Here's every Russia story Trump said was ‘fake news’ or a ‘witch hunt’: