The Finance 202: Koch network admits its push against Trump's tariffs has fallen flat The Koch network is conceding it has lost the early fight in its battle against President Trump’s tariffs.

The powerhouse rightwing group funded partly by billionaire industrialist Charles Koch remains committed to the cause. But its leaders are acknowledging their attempt to turn voters against Trump’s preferred weapon in his trade wars through a massive political advertising campaign has mostly fallen flat and the strategy needs retooling, as CNBC’s Brian Schwartz was the first to report.

“We remain fully committed to free trade and are always adjusting our plans and tactics,” an official with Americans for Prosperity, the Koch grass-roots lobbying group, tells me in an email. “Tariffs are destructive, but we recognize that the economic toll is diffuse and not felt evenly among all Americans.”

That is, only a relatively small slice of the population has suffered acutely from Trump’s escalating import duties. That cohort includes farmers, manufacturers, and some in the retail and tech industries. But many continue backing Trump and his trade offensive nevertheless. And so do everyday consumers who haven’t felt enough pain to reassess their support of the president’s strategy.

Polls bear out the Koch group’s finding. The most recent Washington Post-ABC News poll, for example, found while 56 percent of voters say they disapprove of his trade offensive against China, another 35 percent approve, a number that aligns roughly with his overall support. Similarly, 6 in 10 said they are worried the confrontation with China will drive up the price of household staples, while 4 in 10, a healthy minority, said they were less concerned.

And the White House has doubled down on a strategy for bailing out at least one of the constituencies pinched hardest by its tit-for-tat with Beijing. The administration is doling out $28 billion in relief to farmers, a tab that makes the program “more than twice as expensive as the 2009 bailout of Detroit’s Big Three automakers, which cost taxpayers $12 billion,” Bloomberg News’s Mario and Mike Dorning write. “And farmers expect the money to keep flowing: In an August survey by Purdue University and the CME Group, 58% said they anticipate another round of trade aid next year.” But it’s arguably less clear Trump’s tariffs are diminishing his support among his base. “The argument that, you know, the tariffs are adding a couple thousand dollars to the pickup truck that you’re buying is not persuasive,” a senior Koch official told CNBC’s Schwartz. “It doesn’t penetrate with the people that are willing to go along with the argument that you have to punish China.”

The Koch network hasn’t yet settled on its next strategy. But it appears aimed at taking advantage of growing popular support for free trade generally. “You can look for us to engage in making the benefits of trade – taken for granted for decades - more widely appreciated,” the official told me. “Ultimately that will impact our nation's trade policy more favorably for the benefit of more Americans."

The group first entered the fray over Trump’s trade offensive in June 2018. At the time, it pledged to wage a multiyear, multimillion-dollar campaign against the imposition of tariffs, just days after Trump slapped duties on steel and aluminum imports and prepared the first round of duties on $50 billion of Chinese goods. Now, $250 billion of Chinese imports face a 25 percent tariff, and another $112 billion face a 15 percent tariff. And Trump has pledged to further dial up the import taxes next month and again in December.

Mid-level negotiations between the countries resumed this week, an attempt to lay a foundation for more senior-level talks next month. But expectations for a breakthrough remain low. — Pressure grows for permanent fix after repo mess. Bloomberg's Liz McCormick and Alex Harris: "Signs that stress in U.S. funding markets is rebuilding ramped up pressure on the Federal Reserve to permanently increase reserves by boosting Treasury holdings, even as it was preparing a temporary liquidity injection for a fourth straight day. The New York Fed plans to do another $75 billion overnight repo operation on Friday. It follows liquidity doses of the same size Thursday and Wednesday, and $53.2 billion on Tuesday. The central bank is deploying this remedy for the first time in a decade.

— Pound jumps as Juncker opens door to Brexit deal. CNBC's Maggie Fitzgerald: "The British pound jumped on Thursday after European Commission President Jean-Claude Juncker said he is confident a Brexit deal will get passed before the deadline. 'I think we can have a deal,' Juncker said in an interview with Sky News. 'I am doing everything to have a deal because I don’t like the idea of a no-deal because I think this would have catastrophic consequences for at least one year.' The pound rose 0.68% to 1.2553 against the dollar." U.S. and Chinese flags displayed outside a hotel in Beijing. (Poornima Weerasekaragreg Baker/AFP/Getty)

“The negotiations, which will extend into Friday, are aimed at laying the groundwork for high-level talks in early October that will determine whether the two countries are working toward a solution or headed for new and higher tariffs on each other’s goods.”

Michael Pillsbury: It can get a lot worse. The Hudson Institute scholar and White House whisperer on China matters warned that Trump can dramatically ramp up tariifs and use other means to pressure the Chinese if a deal isn't struck soon. "“Does the president have options to escalate the trade war? Yes, the tariffs can be raised higher. These are low level tariffs that could go to 50 per cent or 100 per cent,” Pillsbury told the South China Morning Post. He said Trump's critics shouldn't assume he is bluffing: “There are other options involving the financial markets, Wall Street, you know, the president has a whole range of options."

— Huawei makes its case in court: “Attorneys for China’s Huawei Technologies Co. argued in court … that a law barring it from doing business with U.S. government agencies is unconstitutional for selectively targeting the company for punishment using legislation,” the Wall Street Journal’s Tawnell D. Hobbs reports.

“U.S. attorneys asked for dismissal of the case, heard in the U.S. District Court in the Eastern District of Texas. Attorney Emily Newton with the U.S. Department of Justice argued that Congress had ample national security reasons for the legislation.” 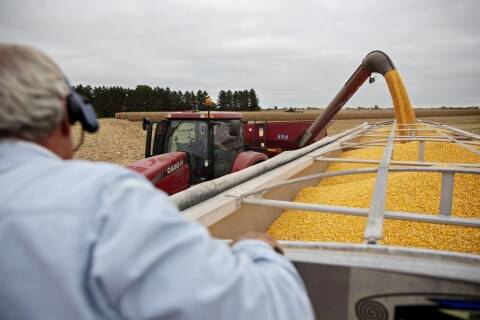 Chinese trade negotiators plan to visit US farm country after Washington talks
The move could bring a welcome salve to farmers caught in the crosshairs of the trade war if it results in a reopening of the market.
CNBC — Trump sues to protect his tax returns, again: “[Trump] filed a lawsuit Thursday to block New York prosecutors’ subpoena for his tax returns, the latest salvo in a continuing battle over the disclosure of the president’s financial information,” WSJ’s Corinne Ramey reports.

“The suit, filed in federal court in Manhattan against Manhattan District Attorney Cyrus Vance Jr. and accounting firm Mazars USA LLP, comes in response to a subpoena state prosecutors sent last month to the accounting firm requesting eight years of personal and business tax returns. State prosecutors are examining whether a payment to former adult-film star Stormy Daniels — and how the reimbursement of that payment was recorded — violates a state law against falsifying business records.” — AT&T CEO reportedly not focused on selling DirectTV: “Hedge fund Elliott Management is already turning the screws on AT&T, just 10 days after disclosing a $3.2 billion stake and calling for recommendations for improving leadership and operations,” CNBC’s Alex Sherman reports. “But AT&T is not yet feeling the pain.”

“AT&T is not focused on divesting or selling DirecTV, sources tell CNBC. Both options are being pushed by Elliott, which believes a Dish-DirecTV merger can get done in today’s regulatory environment even though such a deal was struck down in 2002, according to people familiar with the matter … Elliott could push harder on replacing AT&T CEO Randall Stephenson if AT&T resists splitting off DirecTV, according to people familiar with the matter.”

“Democrats can be found in educated cities and suburbs where professional jobs are plentiful. Republicans live in working-class and rural communities, home to agriculture and low-skill manufacturing.”

“In what he is calling the ‘Climate Pledge,’ Bezos also promised to measure and report the company’s emissions on a regular basis, implement decarbonization strategies and alter its business strategies to offset remaining emissions. Bezos expects 80% of Amazon’s energy use to come from renewable sources by 2024, up from a current rate of 40%, before transitioning to zero emissions by 2030.” (Bezos also owns The Washington Post.) 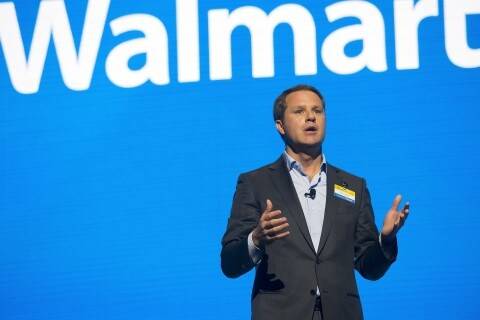 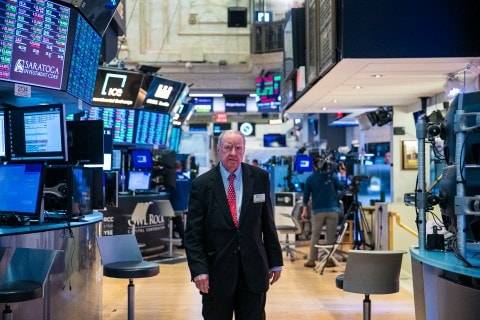 Business
Arthur Cashin, wise to the ways of Wall Street
When the stock market whipsaws, CNBC turns to the 78-year-old dean of the New York Stock Exchange to make sense of it all.
Thomas Heath 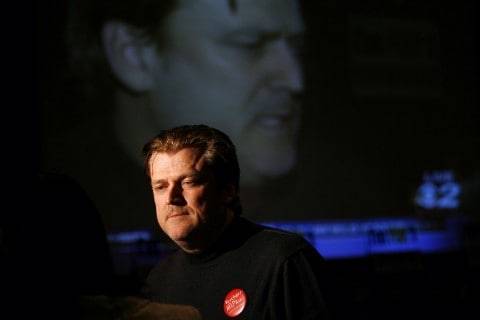 — House averts shutdown ... until November: "The House voted overwhelmingly Thursday to keep the government open through late November, setting up a huge showdown later this year over [Trump’s] border wall that could force another shutdown before Thanksgiving," my colleague Erica Werner reports.

"The short-term nature of Thursday’s legislation was the result of failed efforts to complete a broader spending package ahead of Sept. 30, when government funding is set to expire for multiple agencies. The need for the stopgap measure shows how fundamental spending issues between Democrats and Republicans remain unresolved, even though lawmakers believed they had dispatched the thorniest problems in a sweeping budget deal completed over the summer. — Investors frightened over Warren presidency: “In a room full of avowed capitalists, policies that sound to some like socialism are bound not to go over well,” CNBC’s Jeff Cox and Yun Li report.

“That’s why the recent surge by Sen. Elizabeth Warren in the Democratic presidential race polls was jangling the nerves of some of the finance professionals gathered Thursday at the Delivering Alpha conference presented by CNBC and Institutional Investor."

“Sanders' team said more than 99 percent of his donors can contribute again because they have not yet given the maximum allowable donation. The campaign also said that 125,000-plus people are giving recurring monthly contributions to Sanders.”

Via Liz Ann Sonders, the most hated office jargon, ranked (and we admit we've never heard "punch a puppy" before):

From The Post's Ann Telnaes: For fun-loving protectionists this Halloween: