The Finance 202: Trump should be worried about what latest economic news means for 2020

Impeachment isn't the only threat to Donald Trump's presidency: Fresh signs that the U.S. economy is hitting a skid pose a serious challenge to his reelection prospects.

Trump loves talking about -- and campaigning on-- the strength of the economy and job market. But the numbers are not moving in the right direction. The latest: Hiring by companies slowed in September, with the pace marking its sharpest drop since June, according to a new report from ADP and Moody’s Analytics.

“Demand for labor is beginning to weaken. Hiring is weakening across the board,” Moody’s chief economist Mark Zandi told CNBC. The report also found private payrolls grew by 157,000 jobs in August, a downward revision of 38,000 jobs from the initial finding.

The news added to alarm over a manufacturing slump, exacerbated by President Trump’s trade war, that appears to be worsening. September marked the worst month for the sector in more than a decade, according to the latest reading of the Institute for Supply Management’s manufacturing index. It showed domestic manufacturing, which Trump campaigned on a promise to revive, is contracting. Now economists are speculating that the industry’s slide could drag the rest of the economy into a recession.

Zandi said roughly a fifth of the economy is already there. From AP’s Chris Rugaber:

The stock market, too, is one of Trump's favorite talking points -- but the latest economic news has investors spooked. The S&P 500 suffered its worst two-day loss since August, shedding more than 800 points, or 3 percent. That left the index lower than it was a year ago and put it on pace for its worst start to a quarter since the stock market was in the grip of the financial crisis at the end of 2008, when it lost 19 percent, as the Wall Street Journal’s Paul Vigna notes. (Indeed, the S&P 500 has barely budged over the last two years.)

Trump blamed the Democratic impeachment probe for the sell-off:

All of this impeachment nonsense, which is going nowhere, is driving the Stock Market, and your 401K’s, down. But that is exactly what the Democrats want to do. They are willing to hurt the Country, with only the 2020 Election in mind!

While market watchers say impeachment, insofar as it is adding to the uncertainty from Washington, is weighing on investor sentiment, the darkening economic outlook is far more worrisome for market players.

More importantly, it poses a direct threat to Trump voters in key swing states. “Sluggishness in manufacturing and agriculture is hitting particularly hard in several important battleground states,” economist Karl Smith writes in a Bloomberg Opinion column. “Manufacturing employment growth in Wisconsin and Michigan has already fallen below the 2015 rate. Pennsylvania is dangerously close. At best, this makes it difficult for Trump to claim that his policies have led to a revival. At worst, it suggests that his policies have backfired.”

See the economic growth trends in those three states here: Recent local headlines from the heartland help tell the story:

The Midwest, with its concentration of farm and manufacturing activity, may be a leading indicator of a national economic tumble. “Regional economic indicators suggest that the financial health of the Midwest is waning, as trade tariffs start to take their toll on sectors from farming to manufacturing,” the WSJ’s Lauren Silva Laughlin reports. It matters because “the combined gross domestic product for states in the Great Lakes and Plains regions, as defined by the U.S. Bureau of Economic Analysis, account for almost one-fifth of U.S. GDP. Pain in the Midwest will quickly ripple outward.”

Deutsche Bank Securities chief economist Torsten Slok told clients in an email the data are pointing in the wrong direction. “There is no end in sight to this slowdown, the recession risk is real,” he wrote.

Consumer spending, which makes up 70 percent of domestic economy activity, has remained healthy — a bulwark against downturns in other categories. That could change, as my colleagues Rachel Siegel and Tom Heath note: “U.S. vehicle sales for Ford Motor Co. declined 4.9 percent during the third quarter, the company said Wednesday, with demand for the top-selling F-series pickup starting to slouch.” The company’s stock slid more than 3 percent on the news. — NY Fed's Williams: Outlook mixed. Reuters: "New York Federal Reserve Bank President John Williams said on Wednesday that while the U.S. economy looked to be in a 'favorable place' when viewed through the rearview mirror, the outlook through the windshield ahead was 'mixed.' ...

"The inverted yield curve showed negative investor sentiment about the outlook for U.S. economic growth, he said, a signal he said he 'takes seriously.' Still, Williams said the labor market was strong and the U.S. economy was in a positive place compared to the rest of the global economy. 'We’ve got monetary policy in the right place,' he said."

— BoJo already encountering pushback for his latest Brexit plan. The Post's Karla Adam, Michael Birnbaum and William Booth: "Prime Minister Boris Johnson bounced onto the stage at the annual Conservative Party conference in Manchester on Wednesday and announced what he said were “constructive and reasonable proposals” for getting a Brexit deal done by the end of October. He was cheered in the conference hall. But his long-awaited written plan was met with raised eyebrows in Europe and roundly dismissed by opposition lawmakers in Britain.

"Johnson didn’t win any additional support when, hours later, his spokesman announced the government would seek to suspend — or 'prorogue' — Parliament from Oct. 8 through Oct. 14, when Queen Elizabeth II would come to the chamber to deliver the 'Queen’s Speech' and set the stage for a new agenda." Fuselage sections sit in a yard at an Airbus aircraft assembly factory in Hamburg, Germany, on Oct. 1. (Krisztian Bocsi/Bloomberg News)

— U.S. to escalate trade war with E.U.: “The World Trade Organization on Wednesday authorized [Trump] to impose tariffs on about $7.5 billion worth of European goods, capping a 15-year trans-Atlantic dispute over illegal subsidies to aircraft maker Airbus. The decision — the largest in the trade body’s history — opened the door to a broader trade war with the European Union,” my colleague David J. Lynch reports.

— Pelosi: Dems making progress on USMCA. CNBC's Kevin Breuninger: Speaker Nancy Pelosi said "that Democrats are 'making progress' on the trilateral trade deal with Mexico and Canada, known as , said USMCA, but need more assurances before they can approve the agreement. 'We want to be sure that as we go forward, we are strengthening America’s working families and our farmers who are very affected by this,' Pelosi said at a news conference alongside House Intelligence Committee Chairman Adam Schiff, D-Calif. 'We’re on a path to yes,' Pelosi told reporters, while cautioning that 'we can’t be there yet' on questions of enforceability."

Nancy Pelosi just said that she is interested in lowering prescription drug prices & working on the desperately needed USMCA. She is incapable of working on either. It is just camouflage for trying to win an election through impeachment. The Do Nothing Democrats are stuck in mud! 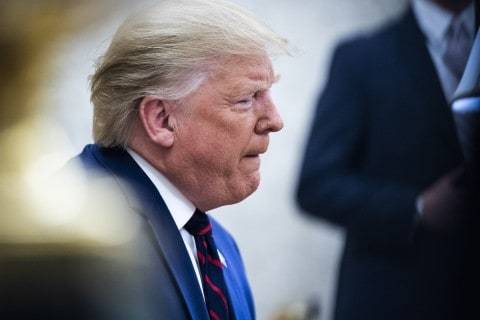 — FAA order brings more worries for Boeing: “The Federal Aviation Administration is ordering airlines to inspect key structural components on more than 1,900 Boeing airplanes to look for cracks that could endanger the aircraft,” my colleague Michael Laris reports.

“Southwest, United, and American are among the U.S. carriers that fly the Next-Generation 737 jets covered under the urgent order, which will be formally issued Thursday. About 165 U.S.-registered planes will have to be inspected within seven days, the FAA said … Boeing said no airlines have reported safety incidents related to the cracks.” The company said the order does not apply to its still-grounded 737 Max planes.

“The company’s stock tumbled by more than 3% in after-hours trading on the news … The company bested its last delivery record of 95,200 electric vehicles set during the second quarter and just missed Wall Street’s expectations of 99,000 deliveries during the three months ended Monday, according to average estimates compiled by FactSet.

— BlackRock exploring ways to expand Chinese holdings: “BlackRock Inc. has held talks over the past year with Chinese internet giant Tencent Holdings Ltd., as the world’s largest money manager explores ways to strengthen its foothold in China, according to people familiar with the matter,” the WSJ's Jing Yang and Dawn Lim report.

“The preliminary discussions with Tencent have been about how to make BlackRock’s tools and models for building investment portfolios broadly available to the Chinese market, the people said. China is a market BlackRock has long coveted. The New York-based company, which has more than $6.8 trillion in assets under management globally, has had a presence in the world’s second-largest economy for more than a decade and its top leadership has earmarked China as a priority.” 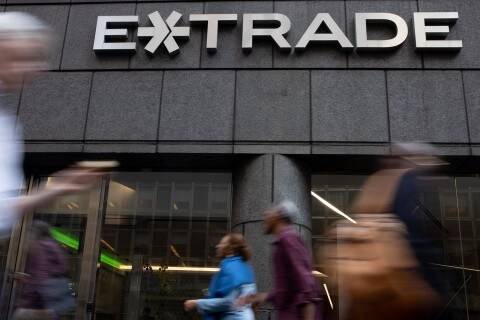 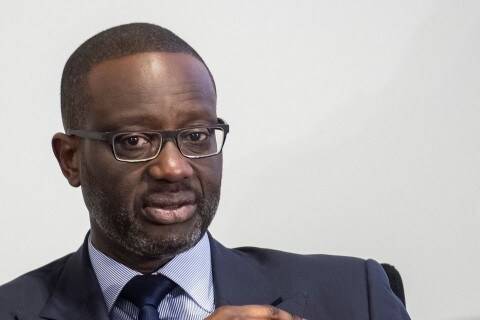 — Warren proposes ‘excessive’ lobbying tax: “Corporations and trade associations would face levies of as much as 75 percent on the money they spend lobbying the federal government. Warren said the idea is designed to simultaneously reduce the power of lobbyists while also generating billions in revenue that she says would be earmarked for shoring up federal agencies that face ‘significant lobbying activity’ and support offices for Congress like the CBO,” Politico’s Brian Faler reports.

“Senate Minority Leader Chuck Schumer and Senator Ron Wyden of Oregon sent a letter to the IRS … saying that the NRA’s contacts with Russian companies and individuals call into question whether the organization should qualify as a so-called 501(c) (4) organization that the IRS requires to be not-for-profit and operated exclusively for social welfare.” — New Bloomberg Businessweek cover: "Everthing is Private Equity Now." The package traces the industry's rise, including how it used newly-grown Washington muscle during the 2017 tax debate to avoid higher rates on the investment profits. "As lobbyists worked toward a compromise that would keep the tax benefit alive, Blackstone co-founder Steve Schwarzman was enjoying direct access to [Trump]," Heather Perlberg and Benjamin Bain write.

"Worth $16.1 billion, Schwarzman happens to be the president’s Palm Beach neighbor, a regular guest at his Mar-a-Lago resort and one of his most generous donors. And so went private equity’s latest feat in Washington: Despite dozens of attempts to close that crucial loophole -- a multibillion-dollar giveaway on so-called carried interest that Trump himself had pledged to junk -- the idea simply went away." — Fed works to recruit more diverse staff. NYT's Jeanna Smialek: "The Federal Reserve’s research staff is far less diverse than the American population it is meant to serve, a reality that the central bank is trying to change as a reckoning over inclusion sweeps through the economics profession. Three in four Fed economists are men and a majority of those are white. That matters beyond optics: Varied backgrounds can help the Fed better understand the people its policies are meant to help, from working mothers to the underemployed."

The central bank had been screening for candidates from top schools who earned good grades in certain high-level math courses, Smialek writes: "That left the candidate pool unintentionally skewed in favor of those who gravitated toward the desired class and who could afford top universities — and that group seemed to be heavily made up of white men from privileged backgrounds, said David Wilcox, a senior fellow at the Peterson Institute who ran the Fed’s research and statistics division." 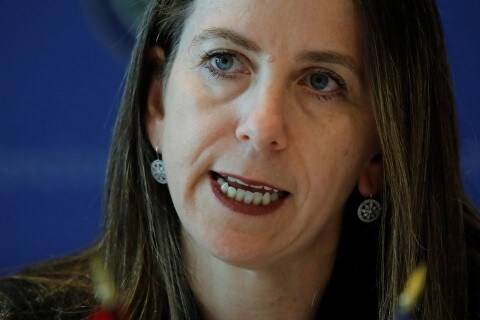 From the New Yorker:

The aliens weigh in. #TNYcartoons