The Health 202: Obamacare was supposed to make CHIP unnecessary Natalie Cunningham is a single mom of two elementary school children living in Greensboro, N.C. Cunningham was uninsured for several years because her employer,  doesn’t offer health benefits. Through the ACA Marketplace, she got a Blue Cross Blue Shield plan but switched to a less expensive Aetna plan with significantly worse coverage  However, Aetna is leaving North Carolina, and Natalie hasn’t a clue what she’ll need to pay next year, once Blue Cross is the only option left.  (Photo by Jerry Wolford for The Washington Post)

President Trump is expected to today propose a hefty 20 percent cut in his budget to the Children’s Health Insurance Program, my colleagues report. Democrats will protest, but they too toyed with the idea of eliminating CHIP seven years ago when passing the Affordable Care Act.

In a perfect world, the ACA would have on its own extended coverage to all kids in the U.S., as their parents got covered through Medicaid expansion and federally subsidized plans. Under ideal conditions, the 2010 health-care law was supposed to fill in all of the country’s health-coverage holes and put an affordable plan within reach of every American.

It was with this best-case scenario in mind that some House Democrats proposed their health-care law eliminate CHIP, thinking that the law’s new marketplaces could provide better coverage for low-income kids and their families. Some felt that CHIP might be duplicative under the ACA’s coverage scheme.

Indeed, an early House version of the ACA would have phased out the program at the end of 2013, moving some children into marketplace plans and others into Medicaid. But senators who helped originally pass CHIP in 1997 – most notably Sen. Jay Rockefeller (D) of West Virginia -- pushed back, ultimately succeeding in retaining the program in the final health-care law.

Fast forward to now. Low-income children get health insurance from a complicated and overlapping web of programs, including CHIP, Medicaid and Obamacare marketplace plans. Each program has different cost sharing and premium requirements, doctor networks and eligibility standards, which can lead to disparities in coverage.

Yet here’s another reality. It turns out that Obamacare didn’t achieve the coverage gains everyone had hoped for. About two-fifths of states didn’t expand their Medicaid programs. Marketplace enrollment has fallen short of projections. About 28 million Americans remain uncovered.

So while CHIP does overlap with parts of Obamacare, it has continued to play a vital role in getting kids covered. Thanks to that program, working in concert with the ACA, the number of uninsured kids has been cut almost in half since 2008. Ninety-five percent of children in the U.S. now have coverage. About 9 million kids have coverage through CHIP.

Driven by expansions in #Medicaid and #CHIP, the uninsured rate for #children has reached an all-time low of 5% https://t.co/b3RbXO8RfA pic.twitter.com/g8R8iN2zNH

This is a success both parties can celebrate. Democrats and Republicans argue over whether adults should be required to purchase health coverage, but there’s near-unanimous consensus that kids should be insured. Sen. Orrin G. Hatch (Utah), top Republican on the Finance Committee, teamed up with Rockefeller to pass CHIP initially and has been a top proponent for it ever since.

Yet Trump is expected to take aim at CHIP in the more detailed budget the White House will release this morning. The budget represents little more than a wish list for the president. But his proposal is notable for two reasons.

First, Trump’s budget will also assume Obamacare repeal, in which case CHIP would become even more important for ensuring children have health coverage. Second, it’s a health-insurance program with wide bipartisan support. There’s been some drama every now and then when Congress had to reauthorize it -- like when former president George W. Bush vetoed a bill dramatically expanding it -- but lawmakers have been willing overall to keep it going.

There is a "bipartisan desire within the Finance Committee to ensure funding for CHIP is continued and services for vulnerable children is maintained," said Hatch spokeswoman Julia Lawless. "Chairman Hatch will continue to work with members and the administration to find a viable path forward," she said.

--The prospect of Trump suggesting CHIP cuts also illustrates a closely held fear of liberals that GOP-backed changes to Medicaid would make it much easier for Congress to cut that program in the future.

CHIP is a block-grant program, meaning the federal government contributes a set amount instead of paying a specific percentage of states’ costs. Many Republicans want to convert Medicaid to a similar program in order to limit federal spending.

But basing Medicaid on block grants could make it a lot easier for Congress to dial back spending on the program in the future when it’s looking for ways to fund other priorities.

“If you cap Medicaid, it turns into a piggy bank and this CHIP proposal really reinforces that,” said Joan Alker of the Georgetown Center for Children and Families.

The HealthCare.gov website, where people can buy health insurance, is displayed on a laptop screen in Washington. (AP Photo/Andrew Harnik, File)

AHH: August is the new deadline for the Trump administration to indicate how it will handle a lawsuit over Obamacare's cost-sharing subsidies. Both the administration and the House, which are technically at odds in the lawsuit, asked a federal judge for a 90-day extension in the case yesterday. That likely means that marketplace insurers will keep getting the subsidies month-to-month over the summer, but won't have long-term assurance that the payments will keep flowing next year. The payments are crucial to reimburse insurers' losses from discounting cost sharing to the lowest-income enrollees, something required by the ACA.

"The court filing also injects fresh uncertainty for insurers during the very season when they must tell states whether they intend to take part in ACA marketplaces for 2018," my colleague Amy Goldstein writes. "The filings also prolong the indecision that President Trump has displayed over the $7 billion subsidy program since taking office, even as he has vowed to tear apart most of the sprawling health-care law."

OOF: Get ready for a budget-day food fight today. In addition to CHIP cuts, Trump is also expected to propose deep cuts to other anti-poverty programs and to medical research. We'll explain this more, but first check out this cool Post video to give you an overview:

OUCH: Sure, if you're a state it sounds great to provide a generous insurance plan to each and every one of your residents. But the single-payer health-care system California is considering would cost $400 billion a year -- twice as much as the entire state budget Gov. Jerry Brown (D) is proposing for the next fiscal year, Vox reports.

"It’s a very generous proposal, as currently conceived," Dylan Scott writes. "The state would pay for almost all of its residents’ medical expenses — inpatient, outpatient, emergency services, dental, vision, mental health, and nursing home care — under the plan, and Californians would not have any premiums, copays, or deductibles. Those sweeping benefits drive up costs." Trump's budget includes proposed changes to mandatory spending, which makes up about three-quarters of the total budget and largely comprises anti-poverty programs --Back to the Trump budget. The CHIP cuts are just one element of it. The president is expected to make a $4.094 budget request that would cut federal spending by $3.6 trillion over a decade, a historic spending contraction that would severely ratchet back spending across dozens of programs and could completely reshape government assistance to the poor, write Post reporters Damian Paletta and Robert Costa.

All told, the budget would ­reduce spending on safety-net programs by more than $1 trillion over 10 years. It would also enact steep cuts to medical research and public health.

--It would reduce Medicaid spending by $627 billion.

--It would cut key programs at the Centers for Disease Control and Prevention that work on vaccine-preventable and respiratory diseases, HIV/AIDS, viral hepatitis, sexually transmitted infections, tuberculosis prevention and chronic-disease prevention.

--It would eliminate all federal funding to Planned Parenthood, the women's health and abortion provider that congressional Republicans are trying to defund in a bill replacing parts of the ACA.

--It does propose something new: An Emergency Response Fund to answer quickly to emerging public-health threats, something U.S. public health officials have repeatedly called for in the wake of the Ebola and Zika epidemics.

--Trump also appears to be largely abiding by his promise to avoid cutting Medicare and Social Security. His budget would result in $56 billion less spending in Medicare over a decade (a cut of less than 1 percent) and wouldn't touch Social Security benefits. However, as we noted earlier he's proposed major reductions to Medicaid. Here's a video of Trump back in November suggesting he wouldn't aim at any of the programs:

A reminder that Trump said on the campaign trail that he would protect Medicare, Social Security and Medicaid:

These proposed cuts by #POTUS would cause major harm. He must be honest with the American people, we have too much to lose. https://t.co/utoorW3gkj

Here are some other great Post articles (and a staff editorial) explaining Trump's budget proposal: 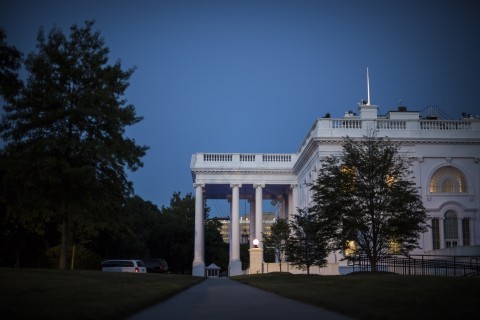 Another bad budget from Trump targets the poor
The Trump budget takes aim at entitlements — but largely ones that the most vulnerable Americans depend upon.
Editorial Board 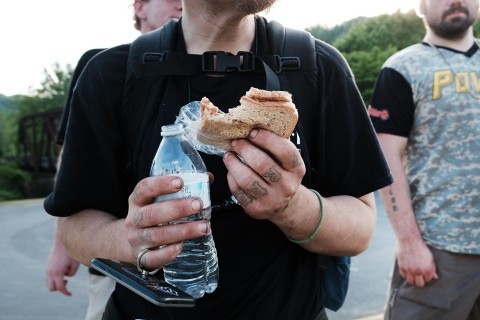 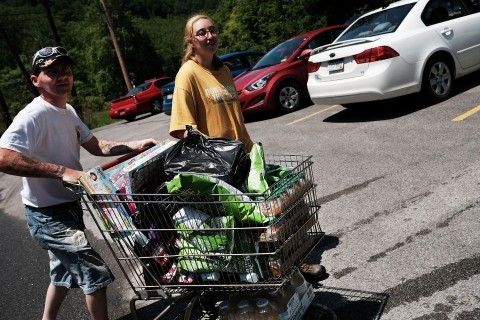 Trump's plans to cut food stamps could hit his supporters hardest
President Trump’s anticipated cuts to the Supplemental Nutrition Assistance Program, better known as food stamps, will likely be felt most in regions of the country with chronic high rates of unemployment — from the rural Southeast to aging manufacturing towns to Indian reservations.
Caitlin Dewey and Tracy Jan
HEALTH ON THE HILL 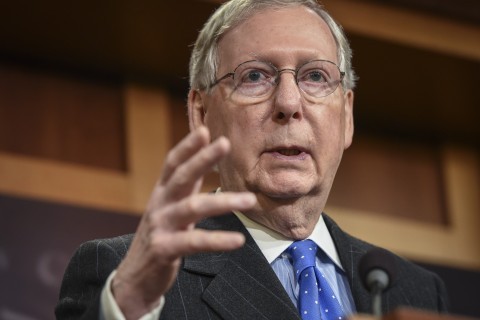 Republicans race the clock on health care — but the calendar is not helping
The delays in pushing through a bill to replace Obamacare are beginning to back up other key items on the congressional calendar.
Kaiser Health News 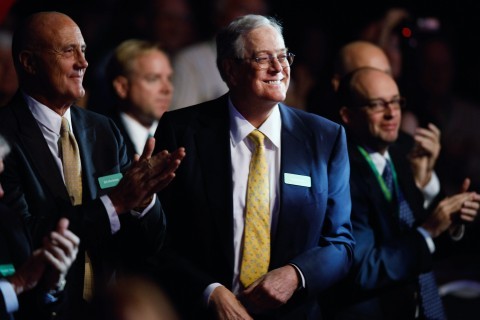 Conservative groups press Senate on Obamacare repeal
The groups are urging Republicans to get rid of the Affordable Care Act's Medicaid expansion.
The Hill
DAYBOOK

Later in the week:

Watch Jim Carrey reveal how he got mites from birds, on Jimmy Kimmel Live!

At least 22 are dead after an explosion at an Ariana Grande concert in Manchester, England last night:

My colleagues Adam Entous and Ellen Nakashima revealed last night that Trump asked intelligence officials to deny that his campaign colluded with Russia: