The Health 202: Health insurers can combat opioid abuse, too Health providers and policymakers are wringing their hands over the country’s growing and tragic opioid abuse crisis, but they’re not the only ones. Insurers – who often pay for the prescription painkillers that can lead to dependence – are also looking for ways to discourage Americans from overusing opioids.

Cigna has taken a leading role in this effort. As the country’s fifth largest insurer, covering nearly 15 million people, it set a goal in May 2016 of reducing the use of opioids among its own customers by 25 percent over the following three years. Fourteen months later, the company says it’s nearly halfway there.

“We determined that despite no profit rationale – in fact it’s contrary to that – that societally we needed to step into the void and we stepped in pretty aggressively,” Cigna CEO David Cordani told me in an interview last month.

Insurers may actually be among the best-positioned stakeholders in the contentious health-care debate to influence Americans’ opioid use. After all, they set the rules around paying for the prescription painkillers dispensed by doctors. Cigna hasn’t taken its effort to the extreme of actually refusing coverage for painkillers – but there are several other levers it's pulling.

One approach it has taken is outreach to doctors. Cordani said around 64,000 physicians have signed the company’s pledge to reduce opioid prescriptions and treat abuse as a chronic condition. To alert them to patients who might be misusing drugs, Cigna has been searching its claims data to detect opioid use patterns.

Cigna has also provided two years of customer claims to the American Society of Addiction Medicine that the group can use to create best practices for addiction treatment.

“There’s a place for opioids in the system, but if you’re dosing a 30-day or 50-day supply of an opioid, you have a problem,” Cordani said. “By day 30 or day 50 that person probably has a chemical dependency, so you want a bunch of flags to go off before then.”

Drug overdose deaths in the United States tripled from 1999 to 2014 – and opioids are involved in nearly two-thirds of all cases, according to the Centers for Disease Control and Prevention. Deaths stemming from heroin use surpassed gun homicides for the first time in 2015.

“We are systematically poisoning our society through the over-consumption of opioid pharmaceuticals,” Cordani said.

“In recent years some of the government officials in our country I think have mistakenly sent mixed messages about the harmfulness of drugs,” Sessions said in a speech in Ohio, where eight people a day die of accidental overdoses. “So let me say: We cannot capitulate intellectually or morally unto this kind of rampant drug abuse. We must create a culture that’s hostile to drug abuse.”

Earlier this week, a commission created by President Trump to study the issue released an initial analysis. The 10-page report, which recommended the president declare opioid abuse a national emergency, was well-received by the public-health community and members of Congress from both sides of the aisle:

In Virginia, we know firsthand the severity of the opioid epidemic & people need our help now. POTUS should work on strategies to save lives https://t.co/rikXuWxvwM

His own commission wants Pres Trump to take the #opioid epidemic seriously. We need an all hands on deck approach. https://t.co/1scvk4qTu7

This report cannot be the end of the conversation about opioids – we need to work together to turn recs into action. https://t.co/nKFsUvTAEk

The commission, which is led by New Jersey Gov. Chris Christie (R), also suggested steps to expand access to medication-assisted treatment, broaden access to naloxone (a drug that can reverse the effects of overdose) and improve data sharing.

“With approximately 142 Americans dying every day, America is enduring a death toll equal to September 11th every three weeks,” the commission wrote.

And last year, President Obama signed the Comprehensive Addiction and Recovery Act (CARA), which authorized $181 million in new federal spending for a range of opioid and heroin abuse efforts.

AHH: The week has already brought a warning from California that its 12 percent average rate hike for marketplace plans under the Affordable Care Act would double should President Trump refuse to pay cost-sharing subsidies. Now Blue Cross Blue Shield Arizona -- the state's main marketplace insurer -- is warning that without the subsidies -- known as CSRs --  it will raise rates an average of 7.2 percent next year. With the subsidies, prices would stay flat. Blue Cross sells plans in 13 of the state's 15 counties.

According to the Arizona Republic, Arizona Blue Cross VP Jeff Stelnik said some plans will have no increase at all, while the bare-bones catastrophic plans that cover fewer than 1,000 young Arizonans will increase 20 percent. Rates for the "benchmark plan" — a community's second lowest-cost silver plan that helps determine tax-credit subsidies —  will increase by 16 percent. OOF: Arizona Sen. John McCain says he (now infamously) voted against the GOP "skinny repeal" bill because Arizonans were about to get "screwed."

"Arizona was about to get screwed, if I may, under this plan," McCain told Phoenix-based radio host Mike Broomhead yesterday.

McCain added that Arizona Gov. Doug Ducey, a fellow Republican, had asked him to push for three amendments that would have made the measure more favorable to the state. Those amendments didn't get adopted, and McCain became the third Republican to vote against skinny repeal in that dramatic late-night floor session last week.

But McCain has also warned that his state's marketplace need help. Arizona has only one insurer in most of its counties, and last year barely escaped a situation where some residents wouldn't have had any options at all. The state is facing "very serious problems," McCain told the station.

--McCain expects to return to work in September, after undergoing treatment for an aggressive form of brain cancer. He said he's been taking good care of himself -- but hates the healthy diet his wife and daughter have been forcing him to eat.

“It’s a tough challenge, you know, of course,” McCain said. “But I’m getting the best care you could possibly have, I’m eating well, I’m feeling fine, getting plenty of exercise. I expect Congress to go out here pretty soon, and I’ll be ready to go back to work in September.” OUCH: Molina Healthcare was one of the most successful marketplace insurers -- but not anymore. After ousting its CEO earlier this year and announcing steep and unexpected losses, the company now says it's pulling out of the Utah and Wisconsin marketplaces, scaling back participation in Washington state and reviewing its participation elsewhere, according to the Wall Street Journal.

The announcement came as the company reported a $230 million loss for the quarter that ended June 30. “We are disappointed with our bottom-line results for this quarter and have taken aggressive and urgent steps to substantially improve our financial performance going forward,” Joseph White, chief financial officer and interim president and chief executive officer, said in a statement. --The Trump administration isn't backing off its threat to withhold CSR payments that are due to insurers around Aug. 22, despite pleas from some Republicans in Congress. The CSRs make extra costs associated with a plan -- such as its co-payments or deductibles -- more affordable for the lowest-income marketplace enrollees. White House budget chief Mick Mulvaney told CNN yesterday that halting the payments remains an option.

"We said from the very beginning that we would look at that on a month by month basis," said Mulvaney, who directs the Office of Management and Budget. "That has not changed."

Mulvaney added that the administration hasn't given up hope of an Obamacare repeal bill, even though Senate GOP leaders have said they're moving on from health care.

"We're not sure how you can run for seven years saying, 'If you elect us, we'll repeal and replace Obamacare' and then the voters give us a chance to do that and we don't do it," Mulvaney said. "We've got that working which we know everyone agrees with. The question is why can't the Senate deliver on that." --Meanwhile, Trump's tweets on the subsidies are being used against him in court, The Post's Amber Phillips explains. The D.C. Circuit Court of Appeals decided Tuesday that Democratic attorneys general for 16 states can launch a court battle to try to force the administration to keep paying the subsidies. Trump has openly considered whether to halt the payments, which could put him on tricky constitutional and political ground. Some of his tweets:

If a new HealthCare Bill is not approved quickly, BAILOUTS for Insurance Companies and BAILOUTS for Members of Congress will end very soon!

If ObamaCare is hurting people, & it is, why shouldn't it hurt the insurance companies & why should Congress not be paying what public pays?

"The court's primary reason for allowing state attorneys general to intervene in this court case to try to save Obamacare subsidies was that the states could 'suffer concrete injury' if the payments stop. But the secondary reason was the context of this political moment. The judges said it makes sense for states to launch a court fight to keep Obamacare subsidies because Republicans who don't like these subsidies are in power and because Trump has tweeted he'd like to get rid of them. The lawsuit, the judges said, is 'timely in light of accumulating public statements by high-level officials.'"

And this morning, Trump referenced Congress's recent failure on Obamacare repeal as he tried to blame lawmakers for the country's frail relationship with Russia:

Our relationship with Russia is at an all-time & very dangerous low. You can thank Congress, the same people that can't even give us HCare!

--Today the Senate may vote on a House-passed bill to reauthorize FDA user fees that comprise a large portion of the agency's budget, perhaps allowing senators to start their long August recess earlier than planned. Senate Majority Leader Mitch McConnell (R-Ky.) urged cooperation on the measure from the Senate floor yesterday.

"This program is critical to speeding up the drug approval process, and that’s important for everyone frustrated by the time and cost of bringing lifesaving drugs to market," McConnell said. "Without it, the important work of ensuring that drugs and devices are safe and effective would come to a screeching halt." 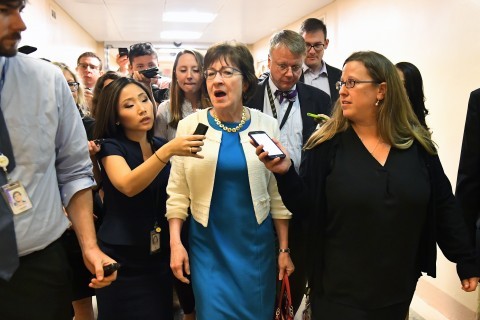 The Passion of a Congressional Health Care Battle
Seasoned reporter Robert Pear compares the Republicans’ effort with prior fights over health care during the Obama, Bush and Clinton eras.
New York Times 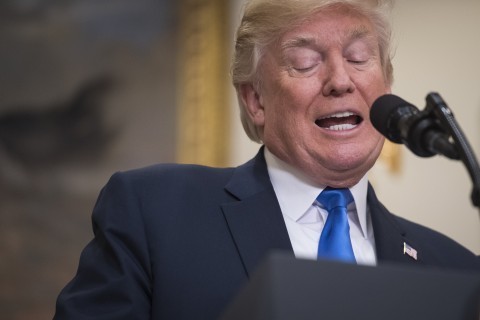 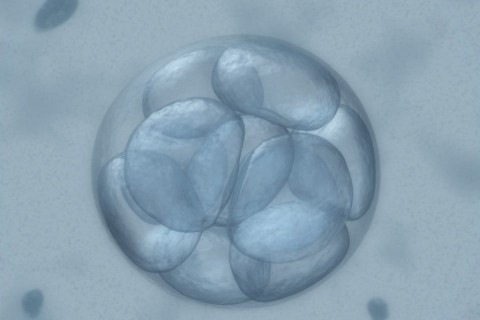 First human embryo editing experiment in U.S. ‘corrects’ gene for heart condition
The work is particularly sensitive because it involves changes to the germ line, genes that could be passed on to future generations.
Ariana Eunjung Cha
INDUSTRY RX 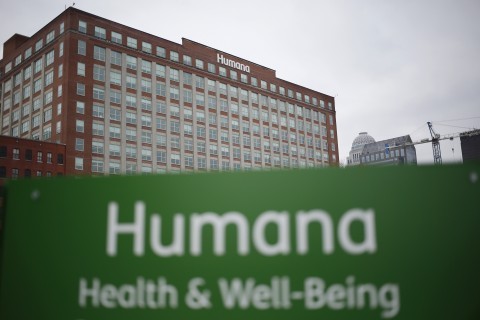 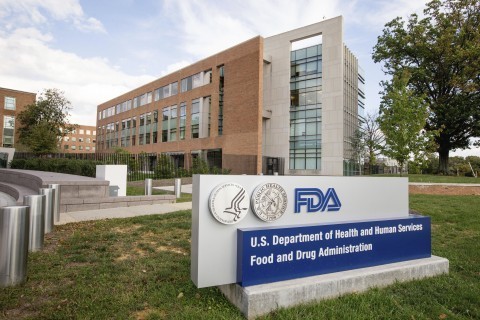 F.D.A. Has 6 Inspectors for 3 Million Shipments of Cosmetics
The agency thinks most cosmetics are safe, but it wants more federal funding to inspect more products coming in from other countries.
New York Times
DAYBOOK