The Health 202: Doctors lost an advocate with Price's downfall If Tom Price was moving federal regulations in a direction favorable to anyone, it was doctors. Now they’re watching to see whether President Trump fills his vacated position as head of Health and Human Services with another MD who might keep advancing their priorities.

“We have some modest preference for a physician,” David Barbe, president of the 225,000-member American Medical Association, told The Health 202 and a few reporters this week. “A physician who has practiced has seen it from the ground level.”

Before the now-disgraced Price resigned from HHS last week amid reports about his taxpayer-funded jet travel, he’d been moving toward rolling back regulations and pushing federal policy in a direction more favorable to the doctors who care for 56 million mostly elderly Medicare enrollees in the United States.

Indeed, it was the AMA — to which Price as an orthopedic surgeon belongs — that quickly leapt forward with an endorsement when Trump first nominated the former Georgia lawmaker, even as some of the group’s more liberal members instigated a backlash and other medical associations held back.

Granted, the AMA and Price didn't at all see eye-to-eye on the Affordable Care Act. Price been a big proponent of the various repeal-and-replace bills the House and Senate had proposed over the spring and summer. Doctors — and virtually every other kind of health-care provider — had opposed the legislation, worried about its cuts to health spending and overall coverage rollbacks.

“If you think we were buddies on the ACA, that was a big problem for us,” Barbe said.

But here’s where doctors viewed Price as a winner for them: his focus on deregulation.

Price had been one of the biggest skeptics in Congress of how the Obama administration was pushing forward with new payment methods to reward doctors for saving money and improving care. He’d insisted that doctors shouldn’t be required to participate in such experiments, arguing they could prove too burdensome and time-consuming.

The new innovation hub established under the ACA — called the Center for Medicare and Medicaid Innovation, or CMMI — was a special target for Price. He’d argued it was overstepping its authority by proposing mandatory payment and delivery models.

When he became secretary, Price moved quickly to pull back on CMMI’s experiments. In July, the agency canceled some mandatory programs for heart attacks and bypass surgeries. In that same ruling, it also proposed to cancel another experiment to pay doctors for episodes of care instead of single services, which had been scheduled to start in January.

Then, last month, HHS sent a strong signal that it wants to overhaul CMMI even more dramatically, releasing an official “request for information” asking stakeholders to weigh in on its future shape.

And there’s another sweeping health-care law doctors are anxiously watching: the 2015 Medicare Access and CHIP Reauthorization Act, a bill that aimed to fundamentally change the way the federal government pays for health care, mostly by altering the way Medicare doctors are reimbursed.

The AMA has a laundry list of changes it wants HHS to make to the program, such as removing limits on how many doctors could get bonuses for saving money; changing policies that penalize them for taking on complex patients; and lightening their paperwork load to participate in the bonus program.

Barbe said Price was “receptive” to the group’s requests. Now he hopes that openness doesn’t recede under new leadership.

“In the current administration, regulatory relief is one of our significant opportunities,” Barbe said. If it’s a doctor the AMA wants as head of the sprawling federal health-care agency, then Trump’s most likely nominee wouldn’t be its first choice. Seema Verma, administrator of the agency’s Centers for Medicare and Medicaid Services, is widely viewed as a top contender because of her close work with Vice President Pence on Indiana’s Medicaid program.

However, there are a few candidates on the likely list who are also doctors: FDA Commissioner Scott Gottlieb and Veterans Affairs Secretary David Shulkin, both internists. As mentioned as a possibility: Rep. Mike Burgess (R-Tex.), an ob-gyn and a member of the House GOP Doctor’s Caucus. AHH: The Trump administration is poised to roll back the federal requirement for employers to include birth control coverage in their health insurance plans, the New York Times's Robert Pear reports. Under the rule, more employers could get exempted from the requirement by citing moral or religious objections. The wider leeway from the so-called "birth control mandate" would fulfill a campaign promise by Trump and please the religious conservatives who had supported his candidacy.

Employers now provide birth control to millions of women without co-payments because of the mandate, which stems from the ACA and its requirements for employer plans to cover a list of certain services without extra charges. Religious groups asking for broader exemptions had sued the Obama administration over its interpretation of the contraception coverage requirements.

One new rule from the Trump administration offers an exemption to any employer or insurer that objects to covering contraceptive services “based on its sincerely held religious beliefs.” Another regulation offers a new exemption to employers that have “moral convictions” against covering contraceptives. Both rules would take effect as soon as they are on display at the office of the Federal Register, Robert writes.

President Trump speaks during a briefing with senior military leaders in the White House on Thursday. (AP Photo/Pablo Martinez Monsivais)

OOF: Trump personally pressured HHS officials to reject an application by Republican-controlled Iowa to revitalize its ailing Obamacare marketplace, my colleague Juliet Eilperin scoops. For months, Iowa has been awaiting word from the administration on its request for a Section 1332 waiver, a provision in the ACA that allows states to reshape their marketplaces. Its plan is to essentially convert the marketplace subsidies into a type of GOP-style tax credit.

“It was a Wall Street Journal article about Iowa’s request that provoked Trump’s ire, according to an individual briefed on the exchange,” Juliet writes. “Iowa’s aim was to foster more competition and better prices. The story said other states hoping to stabilize their situations were watching closely.”

“Trump first tried to reach Price, the individual recounted, but the secretary was traveling in Asia and unavailable,” she continues. “The president then called Seema Verma, administrator of the Centers for Medicare and Medicaid Services, the agency charged with authorizing or rejecting Section 1332 applications. CMS had been working closely with Iowa as it fine-tuned its submission....Some administration officials are still pressing for the waiver to be granted, according to interviews with several Republicans.”

OUCH: Another Republican has bitten the dust in less than a week. Rep. Tim Murphy (R-Pa.) now says he'll resign from Congress, a day after he'd announced that he would not seek reelection. A news report this week claimed Murphy had asked a woman with whom he had an extramarital affair to get an abortion.

“Upon further discussion with my family, I have made the decision to resign my position” effective Oct. 21, Murphy wrote in a letter to House Speaker Paul Ryan. “I am grateful for the opportunity to have served the people of southwestern Pennsylvania and to have worked with the talented and dedicated men and women of the United States Congress.”

Murphy’s decision to resign within weeks, rather than remain in Congress for an additional 15 months, came amid pressure from top Republican leaders to remove himself as a distraction as the GOP House tackles a major tax bill and other legislative priorities, my colleague Mike DeBonis writes.

“I’ve spoken with Tim quite a bit the last couple of days,” Ryan said at a news conference shortly before Murphy’s resignation was announced. “I think it’s appropriate that he moves on to the next chapter of his life. And I think he agrees with that.”

--Politico has more on Murphy's "reign of terror," detailing the alleged rampant abuse and systematic problems inside his Capitol Hill office. --Headaches are mounting for Republican leaders in Congress -- and Trump isn't helping. The New York Times's Jonathan Martin and Alexander Burns report that the president asked contributors at a high-dollar New York fundraiser last week what they'd think if he worked with Democrats on health-care given the Republican gridlock.

“I might very well end up making a deal with the Democrats,” Trump said drawing applause, according to a dinner attendee.

“I got to my desk,” he said, recalling his expectations when he arrived in the White House. “I said, ‘Where’s the health care bill, where is repeal and replace?’ And it’s just been constant fighting.”

--House Republicans passed crucial budget legislation yesterday, setting aside months of intraparty squabbles to set the stage for the ambitious tax-overhaul bill they are planning to pass without Democratic help, Mike DeBonis and Kelsey Snell report. Under intense political pressure to pass a tax bill as a way to prove their ability to govern, most Republicans view a tax bill as their best -- and possibly only -- opportunity to enact a major GOP legislative priority this year after the failure of their effort to repeal and replace Obamacare.

"Fissures within the GOP have already emerged over fears that planned cuts to tax rates could add trillions to the deficit," Mike and Kelsey write. "Both the House and Senate GOP budgets are set to balance by 2027, largely by pursuing dramatic cuts to federal entitlement programs, but those are nonbinding proposals that would have to be implemented in future legislation."

“Tax cuts lead to significant deficits, lead to calls from Republicans for slashes in Social Security, Medicare, Medicaid and other programs to make up the deficit,” said Rep. John Yarmuth (D-Ky.), ranking Democrat on the House Budget Committee. “That’s very much what we’re afraid of.”

Selected reads from The Post and around the Web: 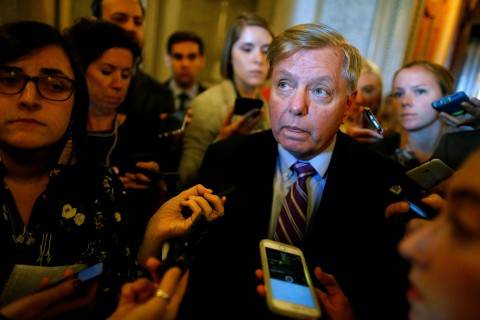 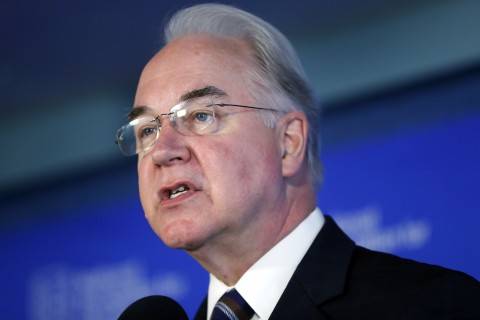 Tom Price check to US Treasury has been processed
Prior to resigning from his position as head of Health and Human Services, Tom Price vowed to reimburse taxpayers for $51,887.31
CNN
MEDICAL MISSIVES 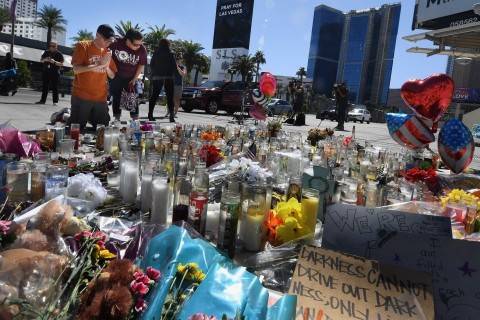 ‘Something we would see in a war zone’: Military surgeons on the wounds they treated in Las Vegas
Even after preparing for war, these Air Force surgeons were rattled by the injuries they encountered when they rushed to the scene of the Las Vegas attack.
Tim Craig 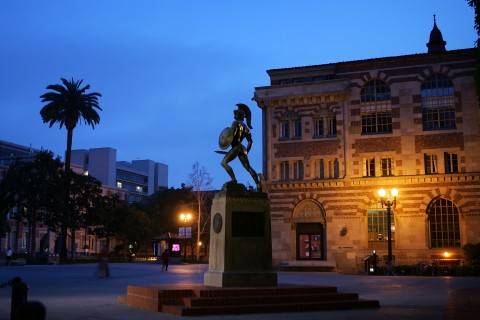 Doctor who replaced disgraced medical school dean resigns
The head of the University of Southern California’s medical school resigned Thursday, less than a year after he took over for a dean who resigned and was later the center of allegations that he smoked meth and hung out with criminals.
AP
DAYBOOK