The Health 202: Trump has a backdoor way to lift Obamacare regulations

If at first you don’t succeed at repealing Obamacare, try, try again — with an executive order.

President Trump, desperate for a health-care win that Congress couldn’t hand him, is pursuing a backdoor way of letting more Americans buy insurance plans free of the Obamacare regulations that Republicans have blamed for big premium hikes and costly deductibles.

This week, his White House is finalizing an executive order to allow the formation of what’s known as association health plans — something Trump recently promised to “take care of a tremendous number of people” in the absence of a GOP replacement of the Affordable Care Act. In a tweet this morning, the president promised it will give "great healthcare to many people."

Since Congress can't get its act together on HealthCare, I will be using the power of the pen to give great HealthCare to many people - FAST

Sen. Rand Paul (R-Ky.), who hasn't supported much of Trump's agenda, chimed in:

This will be a great plan & a big deal for millions of Americans. I’ve been working with @realDonaldTrump for months on this. Details soon! https://t.co/pvwf5K8XIU

Here's how association plans would work: By banding together to buy coverage, individuals and small businesses could join the large group insurance market, which is exempt from the ACA’s requirement that individual and small group plans cover what are known as essential health benefits. These association plans could be formed by trade groups, professional organizations or community groups with the idea of expanding options for consumers and possibly lowering their costs.

In theory, letting people buy cheaper, leaner plans sounds great. Until you’re diagnosed with a chronic condition or serious disease. Experts say that if insurers are allowed to sell stripped-down plans, the move will prompt healthy people to exit the Obamacare marketplaces and flock to those plans instead.

“Allowing individuals or small groups to join plans that avoid those rules would likely result in the deterioration of the marketplaces,” Cori Uccello, a senior health fellow for the American Academy of Actuaries, told me.

We don’t yet know exactly how the whole thing would work — and the Trump administration is confined by existing law regulating the individual and group insurance markets (including both the 2010 Affordable Care Act and the Employee Retirement Income Security Act of 1974).

But the underlying idea is to return to the pre-ACA days when insurers could sell a much wider variety of products on the individual market — including plans that perhaps cover only catastrophic events or severely restrict entire categories of care.

We've seen this before — in Congress. The approach is similar to what House and Senate Republicans tried to do in their failed Obamacare rollback bills.

The House's American Health Care Act and the Senate's Better Care Reconciliation Act allowed states to get waivers from various ACA regulations. Senate Republicans even added a measure from Sen.Ted Cruz (R-Tex.) that would have allowed insurers to sell plans free of Obamacare regulations as long as they sold one ACA-compliant plan.

Republicans have said their aim was to lower costs for consumers, arguing that mandating expansive benefit packages unnecessarily raised prices for everyone.

“If these individuals can join large groups across state lines, I think they'll get protection, less expensive insurance, and really it will solve a lot of the problems we have in the individual market,” Sen. Rand Paul (R-Ky.), who has been working with the administration on the executive order, said on MSNBC last month.

Watch Trump make a similar boast if he rolls out his executive order this week. He’s already promised it will “cover a lot of territory and a lot of people.” The president will frame the initiative as a huge stride forward in the effort to undo the ACA.

And, depending on the exact details of the executive order, he may be right. AHH: California Gov. Jerry Brown (D) has signed a new law believed to be the nation’s most comprehensive measure aimed at shining a light on prescription drug pricing, The Mercury News reports. Effective in January, it aims to make drug prices for both public and private health plans more transparent by requiring pharmaceutical companies to notify health insurers and government health plans at least 60 days before scheduled price hikes exceeding 16 percent over a two-year period. It would also force drug companies to explain the reasons behind big increases.

“The essence of this bill is pretty simple,” Brown said. “Californians have a right to know why their medical costs are out of control, especially when the pharmaceutical profits are soaring. That’s the take-away message.”

The new law is strongly opposed by the pharmaceutical industry, which had spent millions on lobbyists and ads to defeat it. The industry fears the law could become a national model and the first major step toward price controls.

“It is disappointing that Gov. Brown has decided to sign a bill that is based on misleading rhetoric instead of what’s in the best interest of patients,” PhRMA spokeswoman Priscilla VanderVeer told The Mercury News. OOF: Are Republicans ready to admit their failure to repeal Obamacare after seven years of promising it? Maybe, just maybe, Politico’s Jennifer Haberkorn reports. Jen writes that while some Republicans and members of the Trump administration are insisting publicly that they will get to Obamacare repeal in 2018, other GOP lawmakers are privately admitting it may never happen.

“Personally, I don’t see it," Rep. Phil Roe (R-Tenn.) said. “I just don’t know how you can reconcile a bill you’ve taken two whiffs at already and couldn’t get the votes.”

Rep. Mark Meadows (R-N.C.), chairman of the hard-line House Freedom Caucus put it this way: “Anytime you fumble twice, there’s the anticipation that you’ll fumble for the third time,” he said, adding Republicans may have the “credibility” but not the “believability.”

“Republicans are torn between the potency of their longtime rallying cry against Obamacare — so popular with GOP donors and their base that it helped flip both houses of Congress and the White House — and the reality they’ve wasted nine months of what is supposed to be the most productive time of a new administration failing to get it done," Jen writes. OUCH: Who has the Affordable Care Act left worse off? The healthy people who buy their own coverage but earn too much to qualify for help paying their premiums, Kaiser Health News's Julie Rovner explains. And to top it off, the premium hikes that are being announced as enrollment looms for next year — in some states, increases topping 50 percent — will make their situations worse.

How many people fall into this category and who are they? There are 7.5 million people, or 43 percent of the total individual market, who make up this group. They’re early retirees; people working part-time who have substantial outside income; people who are self-employed of any age; and people who are small employers. Perhaps not so incidentally, this group is also more likely to vote Republican.

The Trump administration recently claimed the United States is one of just seven countries allowing elective abortions after 20 weeks of pregnancy, in a statement backing a bill the House passed last week.

Abortion foes have long argued the United States has especially liberal abortion laws compared to most other countries. But is that really true? Post Fact Checker Michelle Ye Hee Lee dug deeper. Here's what she found:

The facts: The source of this claim is a 2014 report by antiabortion group SBA List's Charlotte Lozier Institute, which analyzed abortion laws in 198 countries. Its report says there are 59 countries that allow abortion “without restriction as to reason,” or “elective,” or “abortion on demand.” Only seven of the 59 countries allow elective abortions after 20 weeks, the group found: Canada, China, Netherlands, North Korea, Singapore, the United States and Vietnam.

This list of countries correlates with another similar report, also from 2014, published by the Center for Reproductive Rights, which supports abortion rights. That group’s report found 61 countries that allow abortion “without restriction as to reason." Most of the countries had a 12-week gestational limit on abortions.

Here’s a look at the seven countries allowing elective abortions after 20 weeks. Michelle sorted them from the most liberal on gestational limits to the least:

China: “Abortion is virtually freely available in China, and there are no defined time limits for access to the procedure,” according to Pew Research Center. China now has a “two-child” policy, and human-rights advocates have criticized China’s population and family planning laws.

United States: No federal ban, but 43 states have prohibitions on gestational limits -- from 20 to 24 weeks, or the point of “viability, according to the Guttmacher Institute, a reproductive-rights research group. There are some exceptions made, usually for the life or health of the mother.

Netherlands: Abortions are allowed up to 24 weeks. After that period, abortions are allowed only if the unborn fetus has an untreatable disease and would have little to no chance of survival after birth, or for the physical or mental health of the pregnant woman.

Singapore: Abortions are allowed up to 24 weeks. After that, abortions are only allowed to save the life of, or to preserve the physical or mental health of, the woman.

A few caveats: Of course, the fact that elective abortion is legal in certain countries doesn't mean all women in them have access to abortion services or to clinics, Michelle writes. Plus, the quality and level of health care in those seven countries is not equal; for example, health care in the United States really can’t be compared to services in North Korea. Additionally, there are more than seven countries that allow abortion services after 20 weeks in limited circumstances, including to save the life of the mother.

The conclusion: Overall, the data do back up the claim that just seven countries out of 198 in the world allow elective abortions after 20 weeks of pregnancy. "What is telling [is] that research from both sides of the reproductive rights debate confirm this figure," Michelle writes. "It’s not easy to boil down complex abortion laws in a cross-comparative manner like this, and there are some minor caveats associated with this talking point. Still, we did not find the caveats rise to the level of One Pinocchio."

And here are a few more good reads from The Post and beyond: 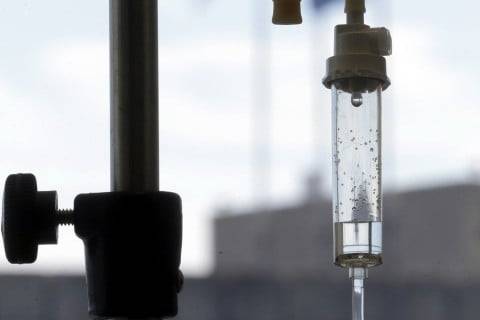 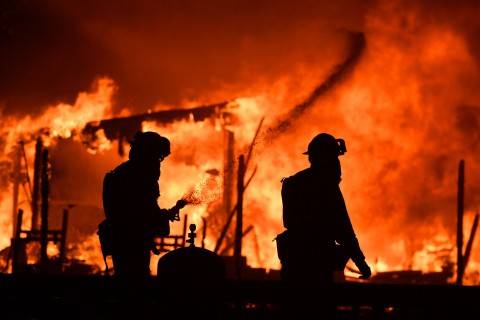 "Blackburn's campaign announced Twitter's decision on Monday after a representative from Twitter informed her campaign that the line 'had been deemed an inflammatory statement that is likely to evoke a strong negative reaction.' The language violates Twitter's policy for advertisements, the company said," according to the Tennessean. "Although Twitter blocked the video as an online ad, Blackburn is allowed to share it on her campaign Twitter account."

Blackburn wasn't deterred, however, since the issue was a direct appeal to social conservatives in Tennessee. Indeed, she used the decision to fundraiser. And posted this reponse:

.@Twitter shut down our video ad, claiming it's "inflammatory" & "negative." Join me in standing up to Silicon Valley → RETWEET our message! pic.twitter.com/K3w4AMgW6i 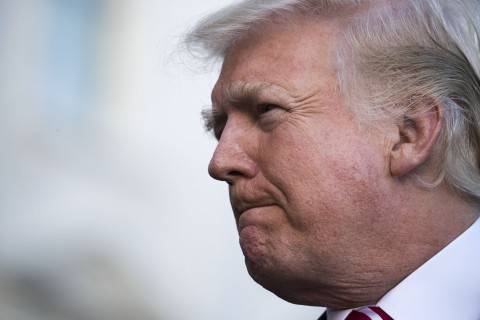 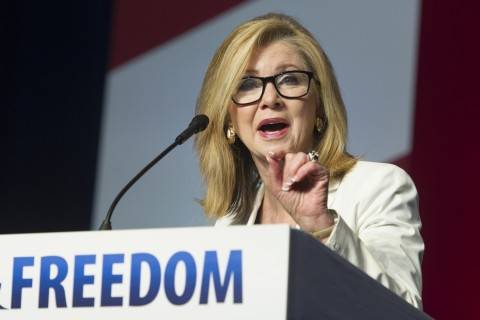 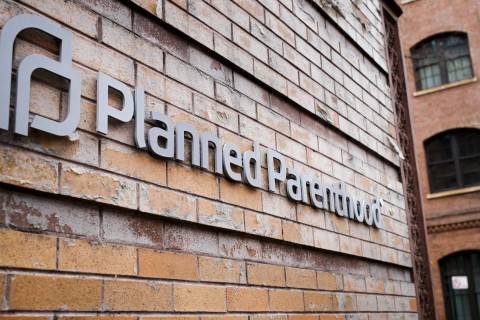 The Disturbing Rise of Cyberattacks Against Abortion Clinics
Abortion providers have long faced harassment, both online and and in person. But a recent wave of cyberattacks have caused havoc lately—and proved difficult to stop.
Wired
DAYBOOK
Coming Up
SUGAR RUSH

Here's what you need to know about President Trump's feud with Sen. Bob Corker (R-Tenn.):

A list of senators who have questioned President Trump’s temperament:

Watch Stephen Colbert and an interview with "President Jump Shot:"