The Health 202: Health care is still a top issue for voters in 2018. But Republicans lack a script.

Sen. Lisa Murkowski (R-Alaska) is among the Republicans who don't want to return to Obamacare repeal efforts. (AP Photo/Jacquelyn Martin)

A new poll out this morning showed health care topping the list of issues that voters want politicians to address before the 2018 midterm elections. Twenty-nine percent of respondents to a Kaiser Family Foundation poll said health care is the most important campaign issue, followed by jobs, immigration, North Korea, taxes, the budget deficit and, lastly, climate change.

But for the first time in nearly a decade, the GOP can’t get away with promising to repeal Obamacare if Americans only elect enough Republicans. Republicans spent most of 2017 trying — and failing — to roll back the Affordable Care Act, all while controlling Congress and the White House.

Although the GOP base is less interested in health care – the Kaiser poll found 39 percent of Democrats said it’s their top issue compared with just 13 percent of Republicans – nearly one-third of independent voters said that health care was the most important issue to them as the midterm elections loom.

Democrats lately have been even more energetically defending the ACA, which has seen some rough years, seeking to capitalize on GOP divisions over how to approach health care now that their efforts to repeal the much-reviled 2010 law have failed in Congress.

Sen. Bernie Sanders (I-Vt.), a 2016 and possible 2020 presidential candidate, and several others pushing to expand government insurance programs. Yesterday, Sen. Elizabeth Warren (D-Mass.), another possible 2020 contender, said it's “time for us to go on the offensive” on health care. "We will defend Medicaid and the Affordable Care Act with everything we have. We will defend it all the way,” Warren said at a conference hosted by Families USA. “We need to do more than play defense . . . I believe it is time for us to go on offense.”

It will be especially tricky for Republicans to find new ways to talk about health care on the stump, although Americans clearly remain concerned about their ability to access medical care and pay for it. Republicans don’t seem to have a good sense of how to approach the issue this year — and they’re sending all sorts of confusing public signals about where the party should be headed. For years, a key GOP rallying cry on the campaign trail was repealing and replacing President Obama's signature domestic achievement.

This week, Sen. Ted Cruz (R-Tex.) told the Washington Examiner that he’s talking to senators about using yet another budget reconciliation bill to try to repeal the ACA, so the party can try again without having to rely on votes from Senate Democrats. “The biggest unfinished task is Obamacare,” Cruz said.

But Sen. Lisa Murkowski (R-Alaska), one of the Republican senators who helped defeat the congressional push to replace the ACA last summer, brushed off Cruz’s comments. “I don’t think we should be spending time trying to do repeal and replace of Obamacare,” she told reporters.

Behind the scenes, no Republicans seem serious about returning to the repeal-and-replace effort. Not with a diminished one-seat majority in the Senate. Not in an election year when majorities of Americans disliked their previous health-care proposals.

Of course, congressional Republicans can always point to how they did use the tax overhaul passed in December to repeal one big part of the ACA: its individual mandate to buy health insurance.

But nearly half the American public doesn't even realize that development. Thirty-six percent of respondents to the Kaiser poll knew that Congress repealed the mandate, while 46 percent were unaware of that key development. Results were similar among the uninsured and people buying coverage on their own outside of the ACA marketplaces who would be most affected by repeal of the mandate.

And although nearly half of GOP voters still say repealing Obamacare is the most important thing for President Trump to do this year, public opinion on the ACA is trending in a somewhat favorable direction.

For the past year, more Americans have consistently told Kaiser they have a favorable opinion of the law than have said they don’t. Fifty percent of voters view the ACA favorably compared with 42 percent who view it unfavorably.

Add it all up, and Republicans have lost their top talking point of the past eight years.

“No one is really talking about another run at repeal,” one GOP lobbyist told me. “Even the crazier members seem to realize that makes no sense.”

AHH: Newly confirmed Health and Human Services Secretary Alex Azar is hardly unusual in hopping from the public sector to the drug industry and then back again. Kaiser Health News reports nearly 340 former congressional staffers work for drug companies or their lobbying firms, and more than a dozen former drug industry employees have jobs on Capitol Hill, often on committees dealing with health-care policy.

“Who do they really work for?” Legistorm President Jock Friedly told Sydney. “Are they working for the person who is paying their bills at that moment or are they essentially working on behalf of the interests who have funded them in the past and may fund them in the future?” OOF: A new congressional report released this week finds online brokers were able to easily sell opioids over the Internet and that the U.S. Postal Service was a preferred method of shipment, prompting several senators to call for more action to keep deadly fentanyl out of the country. The bipartisan report was released by the Senate Homeland Security and Governmental Affairs’ Investigations subcommittee, led by Sen. Rob Portman (R-Ohio) and Tom Carper (D-Del.).

“I don’t think we’ve had the urgency,” Portman said at a Thursday hearing about the report. "If we have an attitude that this doesn't matter, then we are going to continue to get this poison coming through our mail system."

According to the report, the Postal Service got electronic information on just 36 percent of almost 500 million international packages that were shipped to the United States last year. Staffers started their research last May simply by Googling "fentanyl for sale" and posing as first-time buyers to make contact with sellers. Portman noted that number hadn’t changed from the previous year. “We are not coordinating well. We are not doing what we should be doing,” he said.

OUCH: Yesterday, an FDA advisory panel rejected claims by Philip Morris International that a new smokeless cigarette it hopes to sell in the United States reduces the risk and harm of smoking, The Post's William Wan reports. The panel agreed with the company's claim that its smokeless cigarette reduces smokers’ exposure to harmful chemicals but said the company had not proved conclusively the cigarettes would result in less harm and disease. The new technology, called IQOS, consists of a tube that gently heats up sticks of tobacco instead of burning them. Philip Morris claims IQOS eliminates 90 to 95 percent of toxic compounds in cigarette smoke.

"The cigarette has triggered debate and worries among health experts about whether IQOS will help or hurt public health in this country," William writes. "Health advocates worry that such products could be used to attract new smokers and lure people away from quitting altogether."

"IQOS represents a significant investment by Philip Morris as smoking in the United States drops to all-time lows," he added. "The company spent $3 billion to develop IQOS and other smokeless tobacco products and has begun selling them in other countries. The company’s stock was down 2.8 percent Thursday afternoon after tumbling by as much as 6 percent during the advisory panel’s meeting."

--The flu seems to be hitting the headlines a lot lately. (Although the The Health 202 would like to brag we never get the flu, probably guaranteeing we will be stricken over the weekend.) So what's going on? Our colleague Lena Sun breaks down some of the most frequently asked question after talking to health officials about the illness's unrelenting spread this year.

Is there something particularly bad about this year’s flu strains?

The predominant flu strain this season, H3N2, is also the nastiest. Seasons when this particular strain has dominated have more hospitalizations, more deaths and more illnesses. "We hate H3N2 more than the other ones," a top CDC flu expert told Lena.

Are there any differences in flu symptoms this season?

The short answer is no. Flu symptoms vary by person and can include any or all of the regular symptoms that include fever, coughs, sore throat, runny or stuffy nose, muscle aches, headaches, fatigue or vomiting and diarrhea.

How effective is this year's vaccine?

Sixty percent, at best. “Even in a good year, the flu vaccine isn’t as good as most other vaccines," Lena writes. "Health officials must choose the influenza strains that vaccine makers should target for an upcoming season months in advance, when it is hard to know what strains might be circulating. When flu vaccines are well matched to circulating viruses, effectiveness is, at best, about 60 percent." Yet the CDC still recommends that everyone 6 months of age or older get the flu vaccine every year.

How long will this flu season last, and when will it peak?

The timing and duration of the flu can vary. But in general, activity begins to spike around October and peaks between December and February, though it can last as late as May.

What flu symptoms should parents watch for in their children?

Parents should call or bring their child to a doctor if they are not drinking, are lethargic, have pain in a specific place, have difficult breathing after normal activity, or if their condition declines rapidly, Lena writes.

What if I think I have the flu? What kind of treatment is available?

Most people don’t need antiviral drugs, but those such as Tamiflu can lessen the symptoms of the illness. People who are very sick with flu symptoms or are at high risk for complications should be treated as soon as possible, Lena writes.

--A few more good reads from The Post and beyond: 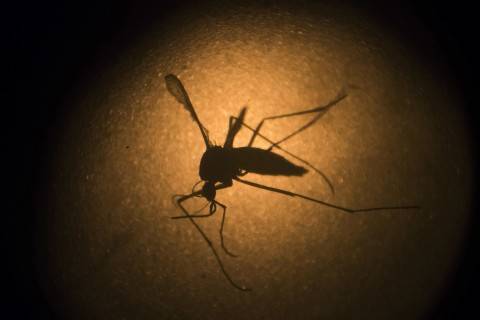 More Birth Defects in U.S. Areas With Zika
The mosquito-born Zika virus may be responsible for an increase in birth defects in U.S. states and territories even in women who had no lab evidence of Zika exposure during pregnancy, U.S. health officials said on Thursday.
Reuters 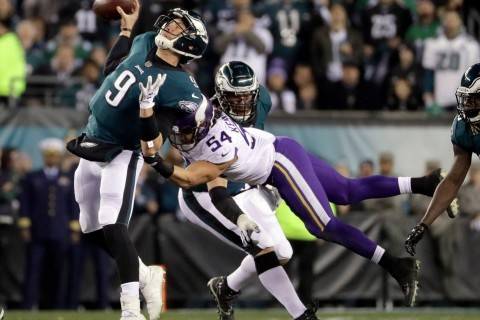 Wonkblog
These Super Bowl players are the last generation that can claim ignorance about brain injuries
Today's Pee Wee football players have seen more brain-injury news in their three-year careers than many Super Bowl starters saw in all the years before they turned pro.
Andrew Van Dam
TRUMP TEMPERATURE 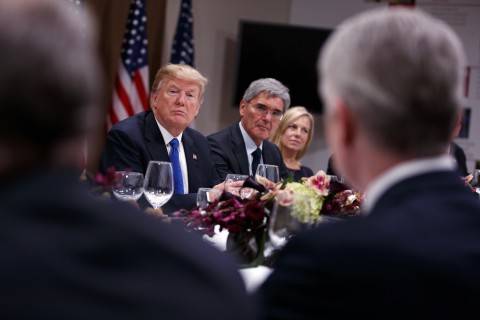 At Davos, pharma gets a seat at the table at private dinner with Trump
The leaders of drug makers Novartis and Bayer were invited to join the dinner, aimed at encouraging companies to make investments in the U.S.
Stat News
INDUSTRY RX 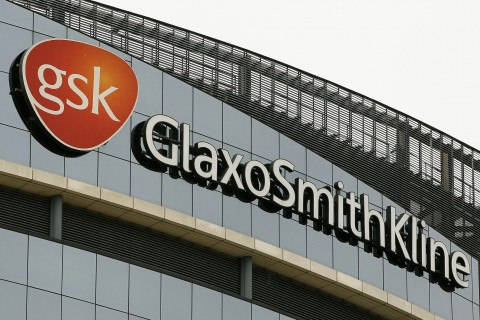 New Index Rates Drug Companies in Fight Against ‘Superbugs’
Glaxo and Johnson & Johnson top a new measure of how drugmakers do against antibiotic-resistant bacteria, which are becoming a global emergency.
New York Times
STATE SCAN 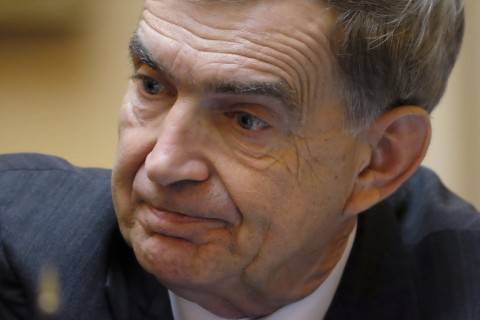 Virginia Politics
Medicaid expansion gets off to a rough start in Virginia legislature
A Senate committee killed a package of bills on a party-line vote in what the chairman called “only round one” of what promises to be a long debate.
Gregory S. Schneider
DAYBOOK

This nurse found hope in DACA, now his life is in limbo:

Watch a riot break out over Nutella at a French supermarket: