The Health 202: Trump's budget shows he is serious about tackling the opioid crisis Many parts of President Trump’s budget proposal are just pie-in-the-sky wishes. But the proposal unveiled yesterday does contain this: some strong hints about how the administration might tackle the burgeoning opioid epidemic with $6 billion in new funding that is already in hand.

The budget proposal the White House released contains Trump's first official request for more opioid abuse funding, which is significant. It’s possible to glean some clues about how Health and Human Services Secretary Alex Azar views the sweeping problem and where he might put billions of newly appropriated dollars provided by Congress in last week’s budget agreement.

Congress’s spending bill — which lays out how the government will be funded for two years — contains few directives for how the opioids money should be spent, instead granting broad authority to the HHS secretary. But Trump’s proposal, which seeks nearly $17 billion in opioid-related spending in 2019, fleshes out more details about how the president and his appointees think the crisis should be tackled.

In other words, even though Congress doesn’t have to pass any part of Trump’s budget, the proposal is still relevant if you want a better picture of how the administration expects to combat opioid abuse. The report acknowledges the epidemic’s magnitude, noting there are now two-and-a-half times more overdose deaths than in 1999, and fatalities from heroin overdoses have tripled since 2010.

“This budget is profoundly significant because the [budget bill] came before and articulated priorities very congruent with the priorities in this budget,” Dan Mendelson, CEO of Avalere Health and former associate health director at the White House Office of Management and Budget during the Clinton administration, told me.

The budget proposes all state Medicaid programs cover all forms of medication-assisted therapy for opioid use disorders. Here’s who did in 2013-4. https://t.co/iW50dO6Jo1 pic.twitter.com/TNZ00XJN2N

Combating opioid abuse, improving veterans’ health care, and boosting funding for national security and our military are worthy priorities President Trump’s budget proposal embraces. I look forward to reviewing this budget proposal in its entirety over the coming week.

However, it is very important to note that this budget proposal serves only to outline the priorities of the administration and does not carry the weight of law. The ultimate responsibility for passing a budget and funding the government rests with Congress.

Broadly, the budget says new opioid funding will “support efforts to prevent opioid abuse and help those who abuse opioids get access to overdose reversal drugs, treatment and recovery support services” and also bulk up prevention efforts and disrupt the supply of illicit drugs. Here are some specific ways the administration proposes to spend the dollars:

—Expand Medicaid coverage of comprehensive and evidence-based medication-assisted treatment. The Centers for Medicare and Medicaid Services will issue guidance creating minimum standards for state "Drug Utilization Reviews" to reduce overprescribing and will require states to track and act on high prescribers and users of prescription drugs.

—Request $381 million for the Department of Veterans Affairs to reduce over reliance on opioids for pain management, promote the safe and effective use of opioid therapy, and to treat addiction.

—Request $500 million for the National Institutes of Health to support a public-private partnership with the pharmaceutical industry to develop prevention and treatments for addiction, overdose reversal, and nonaddictive pain therapies. Bottles of the generic prescription pain medication buprenorphine, a narcotic drug used as an alternative to methadone to help addicts recovering from heroin use. (Photo illustration by Joe Raedle/Getty Images)

The budget’s mention of medication-assisted treatment was especially pleasing to Medicaid plans and health advocates, who have long fretted that drugs proved to be extremely helpful in treating addiction aren’t used nearly often enough by providers or covered by insurers.

“We are happy to see the White House and HHS address the opioids crisis, especially calling out medication-assisted therapy as an important tool to help those who are addicted, and that they enlist the help of Medicaid health plans to tackle these issues at the state level,” said Jeff Myers, president of Medicaid Health Plans of America.

But these advocates are still ambivalent about the budget proposal. That's because it also incorporates a rollback of the Affordable Care Act’s Medicaid expansion, as well as suggests block-granting Medicaid and placing a per-person spending cap on it. Those are all moves that would sharply reduce future Medicaid spending and almost certainly reduce health coverage for many low-income Americans.

This in turn could work against combating drug abuse because Medicaid covers nearly four in 10 non-senior adults who are addicted to opioids, according to the Kaiser Family Foundation. That means that increasing access to addiction treatment while rolling back Medicaid could be the policy equivalent of cutting off your nose to spite your face.

“While I’m glad that the proposal requires Medicaid to cover medication-assisted treatment, its overall weakening of the Medicaid and Medicare programs will hurt Americans struggling to overcome substance use disorders,” said Gary Mendell, founder of the group Shatterproof.

The #TrumpBudget repeals the Affordable Care Act, guts Medicaid by $1.4 trillion and cuts Medicare by $554 billion. Please explain how this solves our nation’s mental health and opioid crises? https://t.co/DelQzMSMC7

.@realDonaldTrump's proposed budget is reckless, plain & simple. He declared the opioid epidemic a national emergency, but under this budget plans to decimate the government's central command in the fight. Good news is the #TrumpBudget will go absolutely nowhere in the Senate. --Like Trump's budget last year, the White House is again proposing dramatically cutting HHS's budget -- this year, by nearly $18 billion, or 21 percent less than it currently gets. The spending plan also proposes major cuts to entitlement programs -- including Medicare and Medicaid -- and ways to improve veterans’ health care. Some top-lines:

The budget includes several strategies for discouraging drug manufacturers from hiking prices, but doesn't do much that would directly and quickly lower the list price of drugs -- something hard to do without government price-setting, an idea the White House has rejected. The budget suggests:

As you can imagine, Twitter was aflutter with responses to the budget, even though the vast majority of Trump's suggestions probably won't ever become law:

I used to joke that Republicans would one day try to turn food stamps into BARP: the Beans And Rice Program.

That day has come. https://t.co/bJ7OHcfD6T

i do understand the desire to encourage healthy food, not junk food. But --- this? Budget calls for replacing food stamps with food boxes https://t.co/hqktVncb1u

President Trump’s morally-bankrupt budget will betray our promise to countless Americans. Cutting funding for #Medicare, #Medicaid, and food stamps while wasting billions is a non-starter. https://t.co/dRITjC2jON

From the NYT's Sanger-Katz:

Tweeted about this earlier, but, like* Obama’s budgets, Trump budget would seek to reduce site-of-service differentials in Medicare. https://t.co/ieCXYpPaoY

*not identical, but very similar pic.twitter.com/PNWN58vYae

Trump’s budget may be dead on arrival legislatively but it is a big deal politically. Cutting Medicare to pay for tax cuts for the wealthy is something for Dems to run on.

As a candidate, Trump pledged there would be zero cuts to:

As president, Trump's budget has large cuts to:

The Trump budget is morally bankrupt and bad economic policy. It pays for his tax breaks for the rich and large corporations by slashing Medicaid by $1.3 trillion, cutting Medicare by $554 billion and slicing $10 billion from the Social Security Disability Insurance Program. AHH: The Post's Sari Horwitz digs deeper into the $28 billion budget proposal for the Justice Department, which reflects Attorney General Jeff Sessions’s priorities to fight the opioid crisis and crack down on illegal immigration with millions of additional dollars going toward new immigration judges and attorneys working on border security. The proposal, roughly the size of last year's budget request, includes an additional $295 million to fight the opioid epidemic and support law enforcement safety.

“The Department of Justice has the noble task of keeping the American people safe from drugs, gangs and terrorists, and this budget proposal reflects our commitment to do just that,” Sessions said in a statement.

OOF: An investigation led by Sen. Claire McCaskill (D-Mo.) finds pharmaceutical companies selling some of the most lucrative prescription painkillers funneled millions of dollars to advocacy groups who then promoted use of the medications, the AP reports. The investigation "sheds light on the opioid industry’s ability to shape public opinion and raises questions about its role in an overdose epidemic that has claimed hundreds of thousands of American lives."

Senate staff obtained financial information from makers of the top five opioid painkillers showing they spent more than $10 million between 2012 and 2017 to support 14 advocacy groups and affiliated doctors. Representatives of some of the drug makers named in the report contend they did not set conditions on how the money was to be spent or force the groups to advocate for their products.

"While the new report provides only a snapshot of company activities, experts said it gives insight into how industry-funded groups fueled demand for drugs such as OxyContin and Vicodin, addictive medications that generated billions in sales despite research showing they are largely ineffective for chronic pain," the AP writes.

“It looks pretty damning when these groups were pushing the message about how wonderful opioids are and they were being heavily funded, in the millions of dollars, by the manufacturers of those drugs,” Rutgers University and opioid expert Lewis Nelson told the AP.

OUCH: Molina Healthcare, formerly one of the best-faring insurers selling in the Affordable Care Act marketplaces, said yesterday the Trump administration's decision to stop making extra subsidy payments to insurers for cost-sharing discounts they're required to offer cost the company $73 million in the final three months of last year, Axios reports. Molina had already reduced its participation for 2018, citing losses in 2017 it hadn't previously anticipated.

"The $73 million loss shows the magnitude of Trump's move to stop paying the subsidies to insurers, and indicates Molina had to pay out a lot of medical claims for that subset of enrollees," Bob Herman writes. "Centene, another large ACA insurer, recently said it lost $22 million from the nonpayment of cost-sharing subsidies."

--The research and consulting firm Altarum is out this morning with a new projection showing the opioid crisis will cost an additional $500 billion over the next three years, on top of its $1 trillion projected cost from 2001 to 2017. According to the report, the biggest economic costs result from lost wages because of Americans either dying from overdoses or dropping out of the workforce and costs to the health-care system in caring for them.

Study author Corey Rhyan told me the projection is probably on the conservative side because it's extremely difficult to comprehensively estimate the epidemic's toll on society. But he also stressed that future costs could be mitigated with a robust response to abuse from the government and private industry. "I think if we see a robust response to reduce the impacts and engage in prevention activities, I would say there is the capacity for us to decrease the rate we’re projecting," Rhyan said.

--A few more good reads from The Post and beyond: 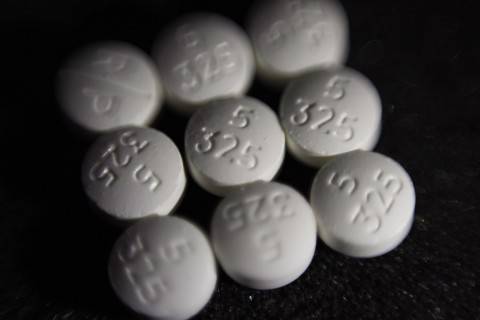 This little-known medicine could help fight the opioid crisis
In the middle of an opioid epidemic, naloxone can save lives. But it can still be hard to get.
Vox 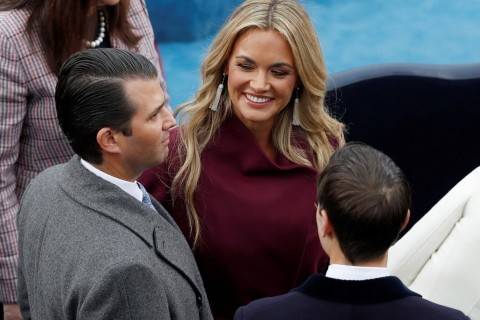 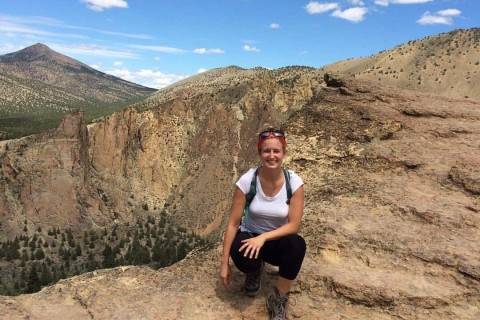 To Your Health
She thought the weird sensation was a stray eyelash. It was eye worms.
This Oregon woman was infected by a rare eye worm once only seen in cattle. She had 14 worms.
Lena H. Sun 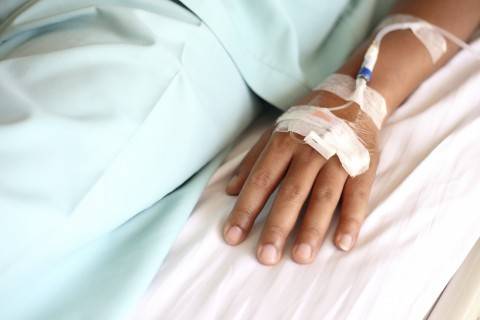 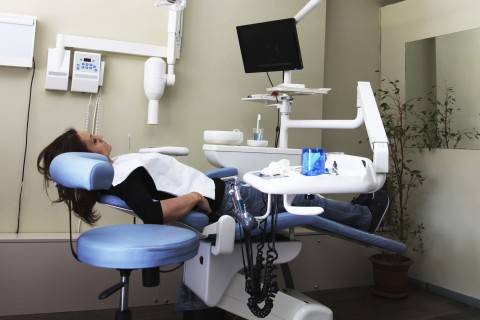 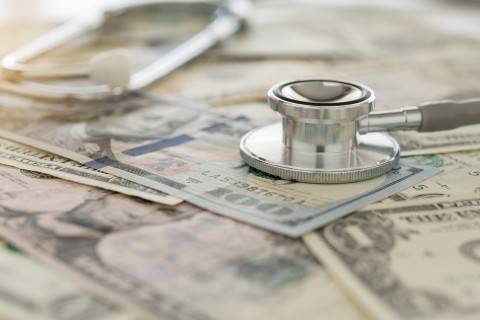 A Long Era of Low Health Care Inflation May Be Coming to End
Since the late 2000s Great Recession, historically low increases in health-care prices have helped hold down inflation. That may be about to change.
Bloomberg
DAYBOOK