The Health 202: Some of Obamacare's loudest critics are now defending the law in court Supporters of the Affordable Care Act celebrate after the Supreme Court rules in favor of the law in the 2015 King v. Burwell case. (REUTERS/Joshua Roberts/File Photo)

For once, Obamacare is bringing people together instead of dividing them.

Believe it or not, five prominent scholars who have been sharply divided over past courtroom kerfuffles over the Affordable Care Act are uniting in opposition to the health-care law’s latest challenge.

Their argument, detailed in a friend-of-the-court brief filed yesterday, represents an usual alliance among liberal, conservative and libertarian legal minds — and could signify President Trump’s administration is going out on a shaky limb by refusing to defend the ACA in court.

The five include Jonathan Adler and Ilya Somin — two libertarian-minded professors at Case Western Reserve University and George Mason University who both argued the ACA’s individual mandate to buy insurance is unconstitutional when the Supreme Court considered that question back in 2012.

Kevin Walsh, a conservative who teaches law at the University of Richmond, has also signed on. While he agreed with the reasoning Chief Justice John G. Roberts Jr. used to uphold the mandate, he sided against ACA subsidies in the later King v. Burwell case. Walsh is known as a prominent expert on what’s known as “severability doctrine,” which outlines when a court must strike down a law because it has found one piece of it to be unconstitutional.

Liberal law professors Nicholas Bagley of the University of Michigan and Abbe Gluck of Yale University round out the five. They have been vocal defenders of the ACA’s mandate and the rest of the health-care law all along.

Together with @jadler1969, Abbe Gluck, @IlyaSomin, and Kevin Walsh, I filed an amicus brief today in the Texas ACA litigation. More here: https://t.co/xjwJkwAlSL

So exactly how have these five diverse thinkers managed to agree on anything around the ACA? They concur on this single but significant point: Congress has made clear that you can ditch the ACA’s penalty for being uninsured and yet retain its consumer protections. So it no longer makes sense to argue that the whole health-care law must necessarily be erased in the absence of that penalty.

That’s essentially what Texas and the federal government are arguing. Here’s the background you need to know.

In the 2012 NFIB v. Sebelius case, the Supreme Court said the penalty amounts to a tax and is therefore constitutional because the federal government clearly has the power to tax. And because the insurance mandate was viewed as key to luring enough healthy people into insurance pools so insurers could ensure protections for the sick, the court upheld the rest of the law on that basis.

But now the penalty is gone, repealed by Congress late last year as part of its recent tax overhaul. So Texas and 20 other states have sued to gut the rest of the ACA on the idea that the entire foundation for the 2010 law's constitutionality — the penalty “tax” — is no more.

Last week, the Justice Department announced it mostly sides with the states and won’t defend the ACA from their efforts to dismantle it through the justice system. But here’s the states and the Trump administration's growing problem: Some of the loudest ACA critics just don’t agree this time around.

These five scholars feel strongly the argument being advanced by the states and U.S. government is deeply flawed and could convolute long-established legal doctrine. That’s because the “cornerstone” of so-called "severability doctrine" is congressional intent, they wrote (see this argument from Gluck surrounding the 2012 case).

“Under current Supreme Court doctrine, a court must offer its best guess on what Congress would have wanted for the rest of the statute if a single provision is rendered unenforceable,” they wrote in their brief. “But this guessing-game inquiry does not come into play where, as here, Congress itself has essentially eliminated the provision in question and left the rest of a statute standing.” The views of these five are shared by Democrats — and some Republicans — who are panning the argument being advanced by Obamacare opponents. California Attorney General Xavier Becerra (D) will be leading the law’s defense in the U.S. District Court for the Northern District of Texas in Fort Worth since the Justice Department has backed out.

Becerra is heading up a coalition of 17 state attorneys general who are standing by the health-care law. Virginia Attorney General Mark Herring (D), who is part of the coalition, told reporters yesterday the opponents’ arguments “are a long shot and a real stretch.”

“Their legal theory is completely off the reservation, but the stakes are serious,” Herring said.

House Speaker Paul Ryan (R-Wis.) has refrained from weighing in. A Ryan representative said only that “we’re waiting to see what the courts will do” on the matter. But top Senate Republican Mitch McConnell (Ky.) has appeared publicly skeptical of the administration’s approach and Sen. Lamar Alexander (R-Tenn.) called its argument “far-fetched.”

And the health-care community is coming out of the woodwork to defend the ACA. Yesterday, the major trade groups for health insurers, hospitals and doctors filed briefs opposing the Texas lawsuit. So did numerous patient advocacy groups including the American Cancer Society and the American Heart Association.

Bagley, one of the five authors of the brief, argues the unlikely consensus shows just how ridiculous the Trump administration has gotten in its effort to overturn the ACA.

“At a time when it’s hard to find bipartisan agreement on anything, I’d like to think that the amicus brief testifies to the outlandishness of the severability arguments in the Texas litigation,” Bagley wrote on the blog The Incidental Economist.

“But you can be the judge of that,” he added. “In the meantime, I’m just glad this group was able to come together.”

AHH: A federal appeals court ruled yesterday the federal government doesn't have to make Obamacare "risk corridor" payments to marketplace insurers Moda Health and Land of Lincoln, Politico's Paul Demko reports. The two insurers claim they're owed more than $12 million in payments through the program, one of three such programs in the ACA offering financial protection to insurers with big marketplace losses. But a divided three-judge panel sided with the federal government, saying Congress has required the program to be budget neutral year after year.

"The legal defeat is unlikely to have a significant effect on the shaky Obamacare markets," Paul writes. "That’s because companies that have stuck by the law have made adjustments to compensate for the shortfall in risk corridor payments. Many insurers that remained in the markets are now making money on their Obamacare customers."

House Speaker Paul Ryan holds a picture of opioid addiction victims as he attends a press conference on the opioid epidemic in June. (TASOS KATOPODIS/EPA-EFE/REX/Shutterstock)

OUCH: Suicide rates in the United States are growing faster among women than men, even while men still comprise a majority of suicide-related deaths, per data published yesterday by the National Center for Health Statistics. “Typically there's between three and four times as many suicides among males as among females,” study author Holly Hedegaard told NPR’s Rhitu Chatterjee. But when you compare the rise in suicide-related death rates from 2000 to 2016, the increase was 50 percent for girls and women, compared with 21 percent for boys and men, Hedegaard noted.

The biggest change was in deaths among women between ages 45 and 64, for whom the suicide rate increased by 60 percent. “Scientists don't yet know the reasons behind the steeper rise in the number of girls and women taking their own lives,” Rhitu writes. “The new report also shows that more adolescent girls are choosing to end their lives...So the problem is not specific to middle-aged women, but across all age groups.”

— The Senate Judiciary Committee voted 16 to 5 yesterday to advance the bipartisan CREATES Act, which would prohibit brand-name drug companies from preventing generic drug developers from getting enough medication samples to put forward a lower-cost version. (The Health 202 wrote about the broad support behind the measure in February.)

“This bill is a sensible and meaningful step toward lowering the cost of prescription drugs by reigning in the predatory practices of some massive drug companies,” one of the bill’s co-sponsors, Sen. Patrick J. Leahy (D-Vt.), said in a statement. “Delaying strategies against generics are not only wrong, they do real harm.  No American should have to decide between buying the medicine they need or food for their family.”

— Kentucky has sued Walgreens for its involvement in the state's opioid epidemic, accusing it of “misleading and deceptive business practices." Attorney General Andy Beshear (D) filed a lawsuit alleging the company didn't monitor its operations and dispensed high volumes of opioids in the state, CNBC’s Angelica LaVito reports. The claim alleges “unfair, misleading and deceptive business practices by Walgreens for excessively distributing and dispensing opioids in Kentucky and for failing to legally report to state and federal authorities the suspiciously large orders it received for prescription opioids.”

Angelica notes this is the sixth opioid-related lawsuit Beshear has filed, including claims against drug distributors AmerisourceBergen, McKesson and Cardinal Health and pharmaceutical manufacturers including Johnson & Johnson. (Read the Health 202 interview with Beshear here.)

— Higher levels of vitamin D in the bloodstream are linked to a lower risk of colorectal cancer, says a new study. The research strengthens the evidence that the vitamin may protect against the third-most-common cancer in the country, our colleague Laurie McGinley reports. Researchers concluded “optimal” levels of vitamin D to help prevent colorectal cancer are “greater than those recommended by the National Academies of Sciences, Engineering and Medicine, which are based only on bone health,” Laurie writes.

“The researchers found that people who had lower levels of vitamin D than recommended by the National Academies for bone health had a 31 percent higher risk of colorectal cancer during a follow-up period that averaged five-and-a-half years,” she adds. “Those with levels above the recommended concentrations had a 22 percent lower risk, they said.” 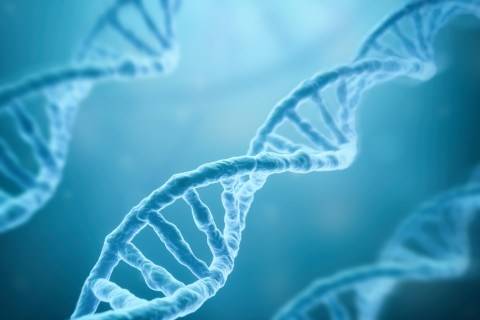 DNA Detectives Are Searching for Killers in Your Family Tree
Genetic data gets caught in the dragnet as police turn to web for clues in old cases.
Bloomberg
INDUSTRY RX 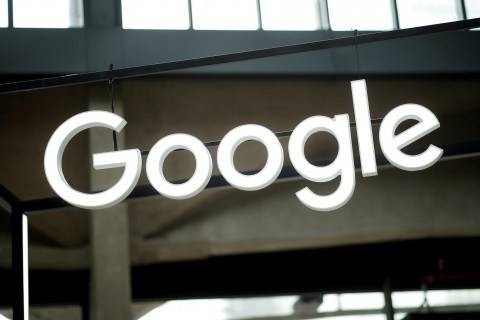 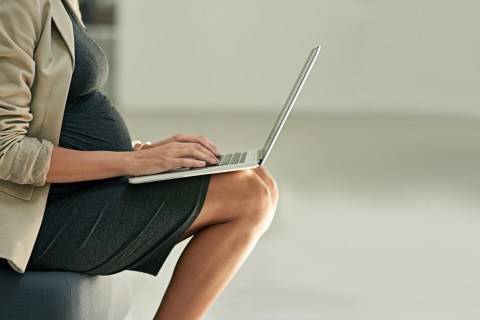 ‘Consider an Abortion’: An Epidemic of Workplace Pregnancy Discrimination
Many of the country’s largest companies systematically sideline pregnant women. They pass them over for promotions and raises. They fire them when they complain.
New York Times 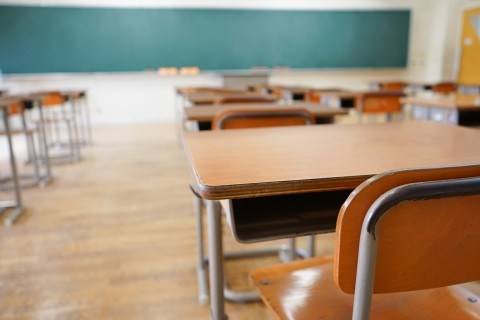 Here's what a new California law says about teaching abortion in class
A Sutter Middle School science teacher is in hot water for showing graphic videos about abortion to her students. It was against district policy, but did it also violate state law?
Sacramento Bee
DAYBOOK

How Donald Trump directed millions to his foundation: