The Health 202: 'We will hold you accountable.' Democrats grill Azar on family separations Health and Human Services Secretary Alex Azar didn't create the policy that separated migrant kids from their families, but it's still his mess to correct.

The nation's top health official was before the Senate Finance Committee on Tuesday to testify about prescription drug prices. But despite requests from Chairman Orrin Hatch (R-Utah) that senators stick to the subject at hand, nearly every Democratic senator and even some Republicans wanted status updates about the children separated at the southern border.

Since the Trump administration began its “zero tolerance policy,” Azar's agency, through the Office of Refugee Resettlement, has been responsible for fostering the children taken from their parents.

Now that President Trump has reversed his family separation policy, HHS must help reconnect them with their moms and dads -- and Democrats made clear they see Azar as the face of that mission.

“The American people are owed an answer about what is going to be done to protect the thousands of children the Trump administration separated from their mothers and fathers, and put in the custody of today's witness,” Sen. Ron Wyden (D-Ore.) said at the hearing. “An administration that has traumatized thousands of child refugees, dehumanized these kids and their parents, and tried to normalize this behavior through deception has a lot to answer for.”

Sen. Debbie Stabenow (D-Mich.) added: “This needs to get fixed and needs to be the top priority for what you are focused on in terms of children and families right now. This is on your watch, and we will hold you accountable.”

Azar tried to put the onus back on Congress, as I reported yesterday. He told lawmakers the Trump administration doesn't “want any children separated from their parents any longer than absolutely necessary under the law,” but that his hands are tied unless lawmakers act. The children could be reunited with their parents immediately if Congress passed legislation allowing them to live in detention centers beyond the current 20-day maximum, he said.

Azar also tried to assure the lawmakers that his agency was doing its best to, at minimum, open lines of communication between detained parents and their children. But Democrats told him that's inconsistent with what they've heard from immigration lawyers trying to help parents locate their children.

Yet Wyden accused the secretary of giving rosy answers instead of facts. Democrats believe HHS was unprepared to take on the immense responsibility of caring for children traumatized by being separated from their parents, and have charged that HHS has no real plan in place to reconcile families. Azar could offer no timeline for how quickly it will happen.

Throughout the hearing, lawmakers continued to suss out how much blame to lay at Azar's feet. Sen. Michael Bennet (D-Colo.) wanted to know what role HHS had in developing the White House's zero tolerance policy. Azar said it wouldn't be appropriate to discuss such conversations with the administration. Sen. Bob Casey (D-Pa.) wanted to know whether HHS had consulted with the American Pediatric Association in advance of separating children from their parents. Azar said he wasn't aware of any such talks.

Last week during an interview with The Post's Paige Winfield Cunningham for our Health 202 Live event, Azar tried to shift the burden of the migrant crisis to the Department of Homeland Security, saying “immigration policy isn’t really what we at HHS do.”

Still, Azar knows it's a problem he needs to fix. He has directed resources to the creation of an “unaccompanied children reunification task force,” led by Jonathan White, the assistant secretary for preparedness and response, whose role is normally to respond to public health emergencies.

And on Tuesday afternoon, HHS officials, including White, held a media call to provide an update. But they refused to answer whether the agency was still accepting new children separated from their parents into HHS shelters. They also would not disclose the ages of the children in their care — data that reporters have been asking about for weeks.

While it was a tough morning for Azar on Capitol Hill, at least one lawmaker lavished him with praise.

Hatch told Azar that in his 41 years in the Senate he had “never seen a better witness than you.”

“People ought to be thanking you rather than criticizing you.”

AHH: The Supreme Court has ruled that pregnancy centers established to persuade women to continue their pregnancies do not have to tell their clients about the availability of state-offered services, including abortion, The Post's Robert Barnes reports. In a 5-to-4 decision written by conservative Clarence Thomas, the court said a California law requiring crisis pregnancy centers — which promise prenatal care and help when the child is born — to post notices or tell clients about the state’s service probably violates the First Amendment.

In his opinion, Thomas noted the law specifically mentions abortion, which is “the very practice that petitioners are devoted to opposing.” “By requiring petitioners to inform women how they can obtain state-subsidized abortions, at the same time petitioners try to dissuade women from choosing that option.. . . plainly alters the content of petitioners’speech,” Thomas wrote. He was joined by Chief Justice John G. Roberts Jr. and Justices Anthony Kennedy, Samuel Alito and Neil Gorsuch. OOF: Drug giant AbbVie and Calico, a sister company of Google, are contributing $1 billion toward curing age-related diseases, the companies announced yesterday. The pair began working together in 2014 on cancers and neurodegenerative disease, CNBC’s Sara Salinas and Angelica LaVito report. Under an agreement between the companies, Calico will conduct research and early development until 2022, and will manage Phase 2a trials through 2027. The latest contribution brings Calico’s total funding for the effort to $2.5 billion.

"Aging is an attractive area in the biotechnology space as companies look for ways to ease the challenges that come with growing old," Sara and Angelica write. "The Food and Drug Administration does not consider aging a disease, so some companies are tackling diseases associated with it rather than aging itself."

OUCH: Alexandria Ocasio-Cortez, the socialist activist who shockingly upended Rep. Joe Crowley (D-N.Y.) in a primary election last night, ran on issues well outside the mainstream of the Democratic Party, The Post's Jeff Stein reports. Ocasio-Cortez, who has backed calls to “abolish” Immigration and Customs Enforcement, campaigned on a suite of socialist policy demands including a single-payer health-care system dubbed "Medicare for All" and a guaranteed job for every American.

"Ocasio-Cortez argued that a single government insurer would guarantee that every American has insurance, while giving the government greater purchasing power to reduce health-care spending costs overall," Jeff writes. "Crowley also signed onto the House bill supporting Medicare for All, but did so after his challenger and after more than 100 House Democrats had agreed to co-sponsor the legislation."

Just one year ago, Ocasio-Cortez was working at a bar, The Post's Dave Weigel reports. "Ocasio-Cortez now looks to be on her way to Congress, running in a district that gave 78 percent of its vote to Hillary Clinton and that Republicans aren’t seriously contesting," he writes. "There, she could be the youngest woman elected by either political party. Before this year, Crowley had never come close to losing in New York’s 14th Congressional District." — Ahead of today's Senate confirmation hearing for VA nominee Robert Wilkie, our colleagues Paul Sonne and Lisa Rein take a deep look at his three decades of military policymaking. They describe Wilkie as a "conservative Washington insider who would bring three decades of military policymaking and a deep list of Capitol Hill connections to a Cabinet post responsible for serving one of the administration’s most crucial constituencies."

"Wilkie, 55, has impeccable credentials: three decades at the center of the country’s most important military policies," Paul and Lisa write. "The son of an Army artillery commander severely wounded in Vietnam — and a reserve officer in the Air Force himself. A trusted lieutenant of Defense Secretary Jim Mattis with contacts in Congress spanning at least five administrations."

But when he appears Wednesday for his Senate confirmation hearing, Wilkie also will draw on a career spent working shoulder to shoulder with polarizing figures in U.S. politics and often defending their most divisive views. For example, he started as a young aide to Jesse Helms, the five-term GOP Senate firebrand who denounced Martin Luther King Jr. and once called gay people “weak, morally sick wretches.” He served as a top aide to Senate Majority Leader Trent Lott, who lost his leadership post after defending a fellow senator’s segregationist campaign for president decades earlier.

Wilkie also was a member of the Sons of Confederate Veterans, a group that defends public displays of the Confederate symbols. A spokesman for the Pentagon told The Post that Wilkie no longer attends ceremonies or considers himself a member of the group.

While some liberals are slamming Wilkie, conservative former colleagues have praised him. “He’s probably the most brilliant person I worked with,” said former Helms staffer Jimmy Broughton. “Probably as high a level of integrity as anybody.”

“With historic growth in Medicaid comes an urgent federal responsibility to ensure sound fiscal stewardship and oversight of the program,” CMS Administrator Seema Verma said in a statement. “These initiatives are the vital steps necessary to respond to Medicaid’s evolving landscape and fulfill our responsibility to beneficiaries and taxpayers.”

Verma pointed to growth in federal spending on Medicaid program, which increased from $263 billion in 2013 to an estimated $363 billion in 2016. "While the responsibility for proper payments in Medicaid primarily lies with the states, oversight of the Medicaid program requires a partnership," says a statement issued by the agency. "CMS plays a significant role in supporting state efforts to meet high program standards." — Sen. Rand Paul (R-Ky.) has filed a lawsuit against the neighbor who admitted to assaulting him in front of his home last November. In a civil complaint filed last week, Paul seeks unspecified compensatory and punitive damages from Rene Boucher, for “physical pain and mental suffering,” the Bowling Green Daily News’s Justin Story reports.

The Republican senator suffered multiple broken ribs in the attack. Boucher, who was arrested Nov. 3 on a misdemeanor charge of fourth-degree assault, pleaded guilty and was sentenced this month to 30 days jail time and ordered to pay a $10,000 fine, which Justin writes has been paid. 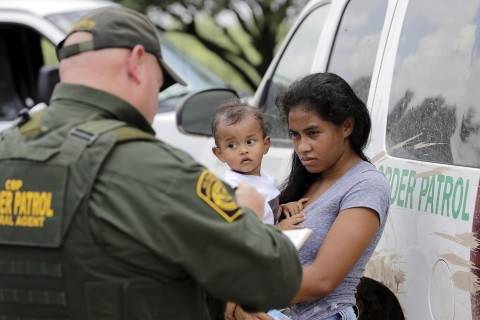 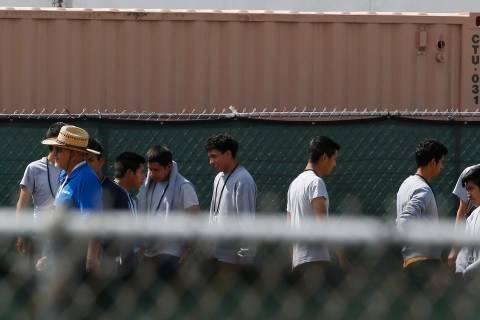 Morning Mix
Federal judge enjoins separation of migrant children, orders family reunification
The federal court in California said all children must be returned to their families within 30 days.
Isaac Stanley-Becker 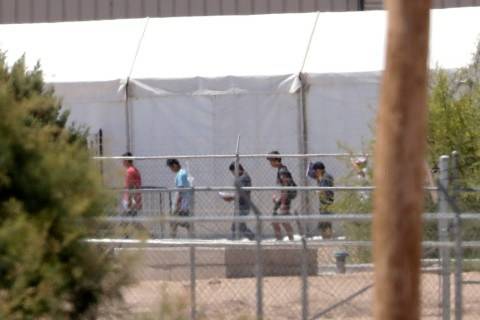 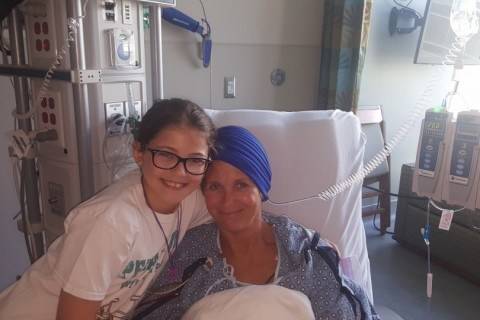 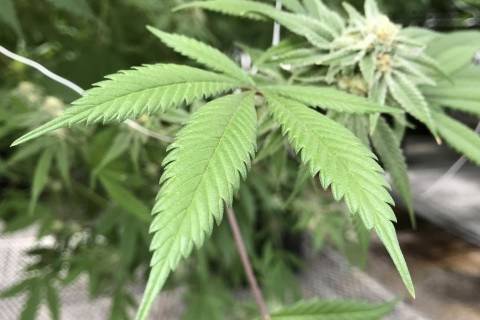 Wonkblog
Oklahoma voters just approved one of the most progressive medical marijuana bills in the country
Oklahoma is now to the left of states like New York when it comes to medical marijuana.
Christopher Ingraham 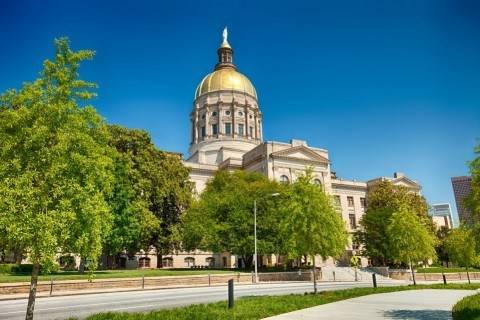 Checkpoint
Disgruntled veteran lights himself on fire to protest VA at Georgia Capitol
The 58-year-old initiated the fire in the middle of a news conference.
Erin B. Logan
DAYBOOK

Buena Ventura Martin traveled from Guatemala to claim asylum in the United States with her infant son. But when her husband and seven-year-old daughter tried to follow, they were separated at the U.S.-Mexico border: