The Health 202: HHS says it can't place unaccompanied migrant children with sponsors as fast as they're coming in

The pool of unaccompanied migrant children under Health and Human Services custody is growing by 70 to 80 kids per day, reflecting record numbers of individuals and families from Central American countries who are streaming into the United States.

That’s according to HHS Secretary Alex Azar, who told senators yesterday that his agency now has 12,340 migrant children in its care, up from the 11,500 most recently reported by HHS’s Office of Refugee Resettlement. While the agency has sped up matching children with sponsors — usually a parent or close relative — its caseload is still expanding quickly as border apprehensions increase overall, Azar said.

The secretary faced more questions at a Senate Appropriations Committee hearing Thursday about HHS’s role in caring for migrant children, an issue that has dogged the department ever since President Trump’s "zero tolerance" border policy was implemented last year. All but four of the children separated from their families under Trump’s now-reversed policy have been reunited, according to a court filing last week by U.S. Immigrations and Customs Enforcement.

But the surge in migrants at the border — on pace to reach its highest level in a decade — is straining the agency’s limited resources, Azar said.

About 100,000 migrants were apprehended at the border last month, creating a huge backlog of cases for immigration authorities and overcrowding border facilities. While many of the arrivals are families fleeing economic insecurity and violence in Honduras, El Salvador and Guatemala, among them are children traveling alone who may be escaping abusive relationships or seeking work to support their families back home.

.@SecAzar: As of this morning, 12,340 children in our care.
428 available beds, with another 1,314 beds that could be available but an issue of adequate staffing
We are very tight right now. #zerotolerance #TrumpPolicy #immigration #HHS #Trump2020Budget #TrumpBudget

.@SecAzar: I became aware of #ZeroTolerance initiative when AG announced it [Noting: Azar just carefully worded that to say it was AG policy, rather than Trump's]
Azar says he himself had no hand in crafting #TrumpPolicy to separate children.#immigration #HHS

ICE reported last month that apprehensions of unaccompanied minors are up 54 percent compared to one year ago. HHS has asked the Department of Defense to help it house up to 5,000 migrant children, who are presently cared at centers run by nonprofits who contract with the agency.

Azar said a recent influx of teenage boys from Guatemala is presenting a particular challenge to ORR, because they often have no family members nearby. “Those become extremely difficult for us to try to place out,” he told the committee.

Several Democrats who questioned Azar about the issue pointed to concerns about the care for children in some contractor-operated detention facilities and worries that potential sponsors might stay away for fear of being detained themselves. In December, the administration backed off from a requirement that sponsors be fingerprinted. But sponsors may not be aware of the reversal, Sen. Brian Schatz (D-Hawaii) noted.

“We need to do a better job of telling them there’s a law that protects their confidentiality,” Schatz told Azar.

After HHS Sec. Azar reveals he doesn't understand why unaccompanied children are crossing border between ports of entry instead of at them, @SenJeffMerkley admonishes him, "That's not the way it works... the fact you haven't educated yourself about this really is unacceptable." pic.twitter.com/a4E5CjzDfu

President Trump failed to gain the border wall funding he demanded from Democrats last year, an impasse resulting in a lengthy government shutdown. But the president has recently claimed a spike in illegal immigration – which has fallen dramatically since 2000 but rose in recent months as Central Americans try to escape violence in their own countries – is validating his contention that the situation at the border amounts to a national emergency.

The president yesterday backed down from a threat to close the southern border immediately, telling reporters at the White House that he is giving Mexico a “one-year warning” before taking action, my colleague Felicia Sonmez reports.

Trump had said earlier this week he would close large sections of the border if Mexico doesn't halt illegal immigration into the U.S., but now is shifting gears. “We’re going to give them a one-year warning, and if the drugs don’t stop or largely stop, we’re going to put tariffs on Mexico and products, particularly cars . . . And if that doesn’t stop the drugs, we close the border,” Trump said.

Azar spoke in similar tones to Trump yesterday, called the spike in illegal immigrantion an “absolute crisis” at the Department of Homeland Security. He stressed his own goal is to place every child in HHS custody with a sponsor.

“I do not want any child in our custody,” he said. “I want every child out with a safety-vetted sponsor in the community. I will be delighted to work with anyone to make that happen.” AHH: The House voted yesterday to approve a long-term reauthorization of the Violence Against Women Act that includes a provision to expand gun control.

The 263-158 vote advances a bill to authorize hundreds of millions of dollars in annual grants to programs for sexual assault, domestic abuse and stalking victims, our colleague Mike DeBonis reports. In the process, the Democratic-led measure forced House Republicans to choose between backing the new version of the landmark bill or standing with the National Rifle Association, which opposed the measure.

"The GOP mostly sided with the NRA, which strongly opposed the bill over its expansion of gun control," Mike reports, adding the measure closes the so-called “boyfriend loophole," prohibiting gun sales to convicted abusers of current or former dating partners. It also blocks gun sales to individuals found guilty of stalking misdemeanors or people under one-party restraining orders. OOF: House Speaker Nancy Pelosi (D-Calif.) seems skeptical the Medicare-for-all proposal being pushed by many liberal members of her party could provide the same level of coverage as the Affordable Care Act. She told our colleagues Paul Kane and Rachael Bade she would rather build on the current health care law.

She said she’s unsure Medicare-for-all would deliver on its supposed promises.

The speaker also said those who claim to support a loosely defined Medicare-for-all plan actually “mean health care for all. Let’s see what that means. A lot of people love having their employer-based insurance and the Affordable Care Act gave them better benefits.”

Liberal House leader Rep. Ro Khanna (D-Calif.) said he views Pelosi’s remarks as a “challenge,” not a dismissal. He said Pelosi is “being pragmatic” and is right that Medicare needs to be improved to include dental, vision and long-term care coverage. OUCH: The president’s recent pledge that Republicans would vote on a health-care plan following the 2020 presidential election is a far departure from the promises he made on the campaign trail in 2016 that the ACA would be repealed “On Day One.”

That timeline has actually shifted a number of times, our Post colleague Philip Bump points out.

“On his first day as president, Trump didn’t receive a health-care replacement from Congress,” he writes. “He didn’t in his first week or his first month. By his 64th day in office, Trump was defensive, telling reporters that he’d never said he’d repeal and replace Obamacare during that initial period. Except, of course, he had.”

Trump's latest pledge, this week, was for a plan that would emerge “after the 2020 election and the inauguration of a new Congress.”

Philip has a great graphic, above, illustrating why the ACA isn't in serious jeopardy of being repealed by Congress anytime soon.

— New York state officials joined the Food and Drug Administration in announcing action this week to crack down on the burgeoning stem cell industry that critics warn is offering unapproved treatments that are harming some patients.

New York’s attorney general filed a lawsuit yesterday against Park Avenue Stem Cell, a clinic in Manhattan it accused of “fraudulent and illegal advertising regarding its stem cell procedures,” as our colleagues William Wan and Laurie McGinley report.

The lawsuit is calling for an injunction to stop the clinic from marketing its treatments, warning that such clinics are “misleading vulnerable consumers who are desperate to find a treatment for serious and painful medical conditions,” New York Attorney General Letitia James (D) said in a statement. James’s lawsuit comes one day after the FDA sent 20 letters to stem cell companies, warning them to stop selling unapproved products and violating federal law. “The new tools allow patients to use Alexa to access personalized information such as progress updates after surgery, prescription delivery notifications, and the locations of nearby urgent care centers,” Casey writes. “The move will embolden hospitals, insurers, and other health care firms to expose Alexa to more sensitive details of patients’ lives and medical conditions, and potentially embed the technology deeper into clinical settings.”

Six major health businesses, including insurance giant Cigna and Boston Children’s Hospital have already launched voice programs. Express Scripts, Cigna’s recently acquired pharmacy benefit manager, for example, launched a tool that will allow patients to check the status of prescriptions being delivered to their homes. And Boston Children’s Hospital’s tool allows patients and caregivers to provide doctors with post-surgery updates and lets them get information about post-operative appointments. — CVS Health announced it will expand its same-day prescription delivery service to now include a total of 36 states and Washington D.C.

For $8, the chain can deliver medications and other products within a few hours to homes or offices from 6,000 locations nationwide, the Associated Press’s Tom Murphy writes. The orders have to be placed a few hours before a store closes to get same-day delivery and a spokeswoman for the company said the delivery company, Shipt, will deliver prescriptions in secure packaging to ensure privacy.

“Drugstores have been dealing with competition from online giant Amazon.com, which offers its Prime customers same-day delivery for detergent, toothpaste and 3 million other products nationwide,” Tom writes. “Amazon also bought last year the online pharmacy PillPack, which provides home deliveries. But the retailer has yet to detail what it plans to do with that business.” 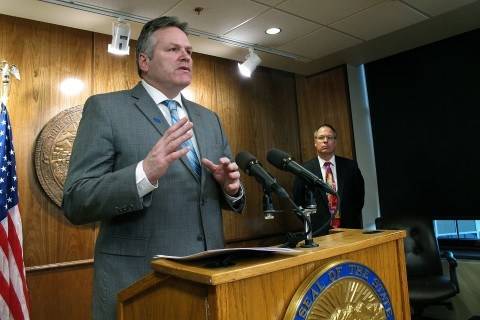 Alaska aims to be first state receiving federal Medicaid funding as a block grant
This means the state would receive a fixed amount of federal money instead of the open-ended commitment under the current approach. It would limit the amount of Medicaid funds coming to Alaska, but allow the state more flexibility in how it operates the program.
KTOO and Alaska Public Media 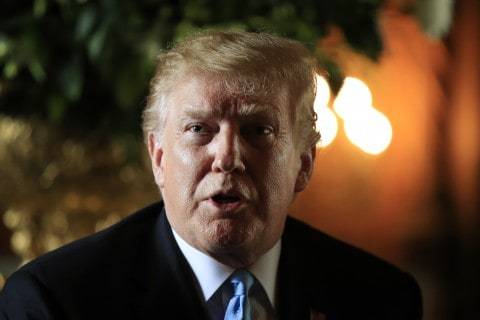 Trump Is Being Vague About What He Wants to Replace Obamacare. But There Are Clues.
The three leading G.O.P. health care proposals all involve block grants. Those plans are hard to square with the president’s promises to lower premiums and deductibles.
New York Times
HEALTH ON THE HILL 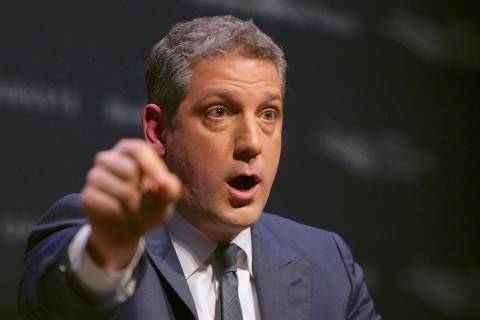 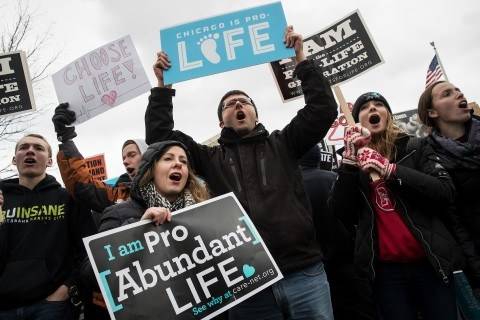 President Trump backed down from his threat to close the southern border immediately: