The Health 202: States aren't taking up the Trump administration's offer of Obamacare 'relief' Last fall, Centers for Medicare and Medicaid Services Administrator Seema Verma laid out new ways states could obtain “relief” from Obamacare. But states, who would have to take the first step, haven’t exactly jumped at the offer.

That’s not stopping Democrats from trying to capitalize politically on the whole thing.

So far, not one state has sought permission from CMS to shift its individual insurance marketplace away from Affordable Care Act requirements while prioritizing cheaper but leaner plans. The Trump administration assured states back in October it would allow such changes — and encouraged them to apply through a long-established waiver process — as part of its ongoing effort to loosen ACA regulations wherever possible.

Instead it’s Democrats focusing on these new waivers, dubbed “State Relief and Empowerment Waivers” by the administration. They see a fresh political opportunity, the next step in the health-care attacks they’ve been lobbing at Republicans.

The House is planning a vote — probably Thursday — on a measure to block the administration from granting such broad leeway to state marketplaces, saying it would result in “junk” insurance that could undermine care for people with preexisting conditions. The bill, from Reps. Ann Kuster (D-N.H.), Don Beyer (D-Va.) and Joe Courtney (D-Conn.), bans the Health and Human Services and the Treasury departments from implementing or enforcing the new kinds of waivers, should states ever try to use them.

“The…guidance the Administration issued further degrades the original intent of the ACA by creating a backdoor to provide Americans with coverage that doesn’t meet the law’s standards and weakens protections for people with pre-existing conditions,” Courtney said in a statement.

The House is expected to vote on a bill that would undo Trump administration rules on state ACA waivers that would allow federal subsidies to be redirected towards short-term plans that don’t cover pre-existing conditions. More information here: https://t.co/ma8cVsSVUG https://t.co/6RLtjD8H1V

The whole situation has put Republicans in yet another thorny spot on health care. Time and time again over the past few years, the GOP has put out its neck on the issue — most notably through House and Senate Obamacare replacement bills — only to fail miserably on the policy front while succumbing to Democratic attacks on the political one.

The Justice Department has worsened the situation for GOP rank and file with its refusal to defend Obamacare in a state-led challenge. In a brief filed Wednesday, the DOJ explained in detail for the first time why it’s advocating the entire law should be struck down. That sparked a fresh outcry from Democrats.

Sen. Kamala Harris (D-Calif.), who is running for president:

PAY ATTENTION: The Trump administration has just taken a major step to try and gut the entire Affordable Care Act. So much is on the line, including protections for preexisting conditions and coverage for nearly 20 million Americans. We need to fight this. https://t.co/ajg60Lgu4Y

Not showing for hearings.

Trying to gut #ACA and protections for preexisting conditions.

Unlawfully preventing a DOJ witness from testifying about the #Census citizenship Q.

The Trump administration has made much of how it’s trying to give states more flexibility in running their ACA insurance marketplaces. The method it’s using — “1332” waivers, named after a section of the law — have been used by multiple states, mostly to set up reinsurance programs that help insurers cover the most expensive patients (I wrote about reinsurance programs here).

But so far, states don’t appear as enthused about using 1332 waivers in the Obamacare-ducking ways CMS has suggested. North Dakota is the latest state to seek such a waiver, but it’s to create a reinsurance program, not to buck ACA requirements.

Under the new guidance, states could get permission for ACA subsidies to be used for short-term and association health plans, which often cost less but may also offer fewer benefits. States could also let residents with employer-based coverage set up accounts in which they mingle the subsidies with health-care funds from their job or tax-deferred savings accounts to use for premiums or other medical expenses.

If consumers can have access to a broader array of insurance options and enjoy more freedom in how to use federal subsidies, more of them will find affordable coverage and health care will get cheaper for everyone, Verma and HHS Secretary Alex Azar have argued.

“We are continuing our efforts to mitigate the damage caused by Obamacare,” Verma told reporters when issuing the guidance in October. “These waivers … allow states to get out from under the onerous rules under Obamacare.” Now Verma is trying to nudge states along. Last month, CMS held a meeting at HHS’s Humphrey Building with state officials and other stakeholders to discuss how states could use waivers under the new guidance to retool their marketplaces. And on Wednesday, the agency issued a request for information to collect additional ideas for how these waivers could be used, beyond the specific scenarios it has laid out.

In a blog post, Verma wrote that CMS has been “actively engaging with states and other stakeholders interested in pursuing a waiver,” including through forums in Atlanta and Chicago and an upcoming third forum in Denver.

But the states most likely to apply for the waivers — those led by Republicans critical of the ACA — generally aren’t running their own marketplaces, instead relying on Healthcare.gov. It could be more challenging for these states to design marketplace changes along the lines of what CMS has described, said Jennifer Tolbert, director of state health reform for the Kaiser Family Foundation.

“They will also take time for states to develop and may require states to assume more financial risk, which may explain why no state has yet submitted a waiver application under the new guidance,” Tolbert told me. AHH: The first major opioid trial will begin in Oklahoma later this month. In it, the state's Attorney General Mike Hunter (R) is hoping to highlight Johnson & Johnson's alleged role in the nationwide epidemic.

“In a trial that will be televised live, state lawyers will argue that, until 2016, two of the company’s subsidiaries grew, improved and provided the narcotic ingredients for much of the U.S. prescription opioid supply, failing to intervene as the drugs’ damage grew,” our Post colleague Lenny Bernstein reports.

After OxyContin manufacturer Purdue Pharma settled out of court in Oklahoma last month, Hunter has turned his focus to Johnson & Johnson and Teva Pharmaceuticals, two other companies he sued in 2017.

Johnson & Johnson says the state cannot show that the company had any connection to opioid overdose deaths in Oklahoma, while Teva contends it had no role in the state’s drug crisis at all.

In the survey, 69 percent of respondents said their state should continue to make payments to Planned Parenthood.

In this September 2018 photo, a health worker feeds a boy suspected of having the Ebola virus at an Ebola treatment center in Beni, Eastern Congo. (Al-hadji Kudra Maliro/AP)

OUCH: There have been more than 1,000 deaths from Ebola in eastern Congo since August, the country’s health officials announced.

Since the outbreak began, a worsening security situation in Congo as well as mistrust in the community have impeded efforts to address what's now the second deadlist outbreak of Ebola. At times, attacks on Ebola treatment centers have led aid groups to halt work, the Associated Press’s Saleh Mwanamilongo and Krista Larson report.

“WHO has said the most recent Ebola outbreak remained contained to eastern Congo even as the number of cases rises in a dense, highly mobile population near the border with Uganda and Rwanda,” they write. “Insecurity also has prevented vaccination teams from getting to some areas, further limiting the health response. Still, more than 109,000 people have received an experimental but effective Ebola vaccine.” — Tennessee may become the first to call on the Trump administration to approve Medicaid block grants. It’s part of a new approach by the administration that permit states to ask for federal Medicaid funding in a lump sum instead of the current system that pays states a percentage of total costs.

The Health 202 wrote earlier this year about how the strategy is something the administration has been working toward as a way to cut back on Medicaid spending. Critics say it would mean reduced coverage for low-income beneficiaries.

“However, it’s not clear whether the Trump administration could approve the plan upending how the program is financed,” she writes. “The administration for months has been studying whether it legally can allow states this leeway, and Democratic lawmakers have vowed to fight block grants if the administration approves them.”

— Illinois Gov. J.B. Pritzker announced a plan over the weekend that would join the state with 10 others that have made recreational marijuana legal.

The Democratic governor said he has worked out a plan with key state lawmakers to legalize recreational pot in the state starting next year, a measure that would also expunge marijuana-related convictions, the Associated Press’s Sara Burnett reports. The plan will be introduced today in the state where Democrats have control of both chambers of the state legislature.

“The legislation would allow adults 21 and older to legally buy cannabis for recreational use from licensed dispensaries. Illinois residents could possess up to about an ounce (30 grams) of marijuana, while non-residents could possess about half an ounce (15 grams),” Sara writes. “The measure includes a $20 million low-interest loan program to help defray the costs of starting a licensed cannabis business for ‘social equity applicants.’ Those applicants would include people who have lived in a ‘disproportionately impacted area’ — or communities with high rates of poverty and high rates of arrest and incarceration for marijuana offenses — or been arrested or convicted of offenses eligible for expungement."

— Health officials in Germany are considering a fine of 2,500 euros, or $2,790, for parents of school-age children who don’t get the measles vaccine, hoping to avoid reemergence of the highly contagious disease.

Health Minister Jens Spahn’s proposal comes as numerous cases of the disease have popped up in pockets around Europe. In Germany, there have been 203 reported cases of the measles in the first 10 weeks of the year, the Associated Press’s Frank Jordans reports. In Switzerland, there have been two adult deaths from measles this year. “Popular European tourist destinations such as France and Italy had more than 2,400 measles cases each from March 2018 to February 2019, according to the European Centre for Disease Prevention and Control, an E.U. agency. Greece had more than 1,400 measles cases and Britain reported over 900 during that time,” Frank writes.

The proposal hasn’t been considered by Germany’s cabinet, but it was endorsed by the head of the German Medical Association, who called it an “important step at the right time.” 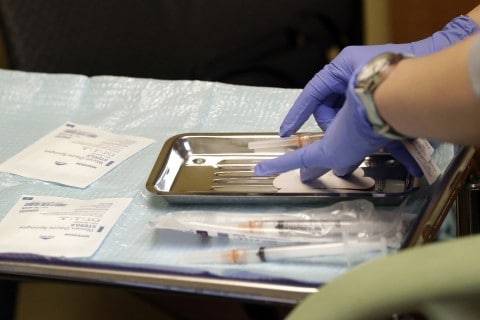 As measles cases spread, the tinder for more outbreaks is growing
U.S. health officials are putting all they have into extinguishing measles outbreaks, but the size of the population vulnerable to infection is growing.
Stat 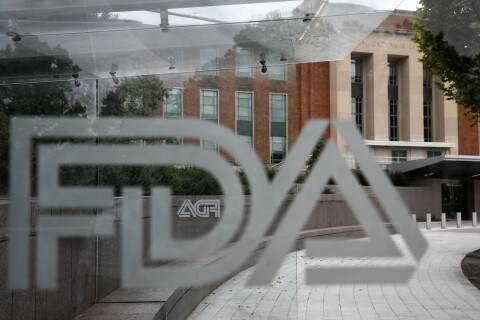 F.D.A. Approves the First Vaccine for Dengue Fever, but Limits Its Use
The agency placed restrictions on who can get the vaccine, Dengvaxia. Its use overseas has lagged amid concerns over rare safety risks.
New York Times
HEALTH ON THE HILL 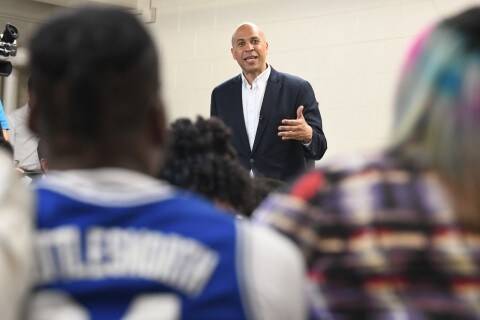 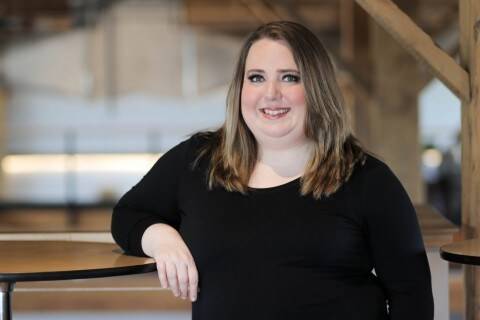 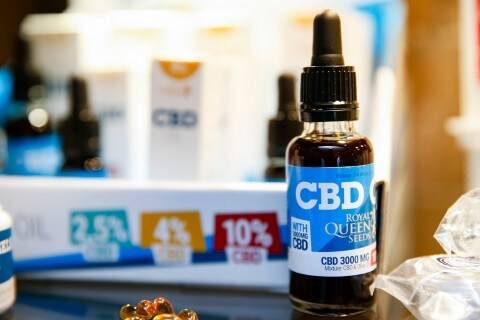 Pets are the hot new cannabis customer as owners use CBD to ease pain and thunderstorm anxiety
Dogs and cats are increasingly taking the non-intoxicating cannabis compound as their owners seek to provide relief to their four-legged friends for everything from anxiety to pain and seizures.
CNBC
DAYBOOK

Watch then-Border Patrol chief Mark Morgan, tapped by Trump to lead Immigration and Customs Enforcement, tell senators on Nov. 30, 2016, about the complications of unaccompanied children at the border: