But if you read the proposal out this morning, it’s actually a lot more about building on the Affordable Care Act — the approach preferred by the race’s moderates.

The South Bend, Ind., mayor — who came in third in a new Iowa primary poll — is a prime example of how most of the Democratic presidential contenders have distanced themselves from the dramatic overhaul envisioned by Sanders.

Sanders’s plan would upend the country’s system of employer-sponsored coverage by putting everyone on a cushy but expensive government-backed plan. Everyone else, except perhaps Sen. Elizabeth Warren (D-Mass.), has left open the door for some private coverage to remain — even those who originally sponsored Sanders’s Medicare-for-all (we’re looking at you, Sen. Kamala Harris).

Yet while Buttigieg said he favored Medicare-for-all early in his campaign, a set of proposals his campaign released this morning looks more like a public option approach than anything else.

In fact, when it comes to expanding coverage to the uninsured and making it more affordable for people, the Buttigieg “plan” is comparable to the public option plan from the race’s top moderate, former vice president Joe Biden. Buttigieg even struck a similar tone to Biden in a Post op-ed this morning, arguing that people should be able to choose their own coverage because health care is a personal issue. Biden often frames his health care beliefs in the context of losing his son to brain cancer; Buttigieg describes how he lost his father to cancer earlier this year but fortunately didn't have to worry about massive medical bills like many Americans do.

"Because he was covered by Medicare, we were free to focus on what mattered most," Buttigieg wrote. "I want every family to have that same freedom. But as anyone who has ever visited a doctor knows, health care in the United States remains too expensive, too complicated and too frustrating. The system seems almost designed to leave us feeling powerless and confused. As president, I will put Americans in charge of their own health care with affordable choices for all."

Here are ways the Buttigieg plan and the Biden plan would both expand insurance coverage to the roughly 30 million currently uninsured Americans and improve affordability for others:

Buttigieg has been clear that he thinks more needs to be done than just expanding the ACA. But he thinks bumping people from the plans they have now isn’t the way to do it. He envisions a more organic type of transition to more people on public insurance, by allowing them to choose between it or private options.

Buttigieg’s views on a range of topics puts him among the race’s more liberal candidates. He has defended Rep. Alexandria Ocasio-Cortez’s proposal for a 70 percent effective marginal tax rate. He wants to abolish the electoral college. But his stated approach to health care puts him closer to the Biden “pragmatist” camp than the Sanders “idealist” camp.

If you watched the last Democratic primary debate, Buttigieg gave some hints that he was ready to go down the public option pathway rather than the Medicare-for-all pathway. He told Sanders “the problem with the damn bill” is that it “doesn’t trust the American people.”

“I trust you to choose what makes the most sense for you,” Buttigieg told the audience at the ABC News debate last week. “Not my way or the highway.”

Of course, even the most detailed of proposals coming from the campaigns hardly provide the level of specificity that Congress would need to pass another major health-care reform. It’s best to think of these proposals as signals of how the candidate is thinking about the issue and what worries them the most.

He allegedly failed to stop the flow of narcotics to the black market during a period when McKesson was responsible for delivering 1.88 million doses of narcotics into Clay County, Ky. There were more than 21 million doses of oxycodone and hydrocodone distributed in the county overall between 2006 and 2012, according to government data.

A grand jury in Kentucky quietly indicted the McKesson compliance officer in March on one count of conspiracy. In a May filing, prosecutors noted the grand jury investigation is "ongoing."

“The court records reveal the charges against [David B. Gustin] stem from his responsibility to detect whether 13,000 pharmacy customers in 15 states were allowing drugs distributed by McKesson to be diverted to the black market,” they write. “Two other people have been told they are possible targets of the probe, and subpoenas for information have been issued to McKesson, the largest drug distributor in the United States, documents show.”

A McKesson spokeswoman said in a statement the company had received subpoenas about Gustin's tenure and that "the one-paragraph indictment of Mr. Gustin, who is a former employee, contains no specific allegations, and McKesson is not named. . . . We have been responsive to the government’s inquiries." OOF: Multiple lawsuits allege the Sackler family that owns Purdue Pharma transferred billions of dollars from the company to themselves starting in 2008, money that could now be the sticking point as Purdue looks to resolve thousands of lawsuits against it, our Post colleagues Renae Merle and Lenny Bernstein report.

"Now, as the maker of OxyContin heads to bankruptcy court, those billions represent a central sticking point in the company’s plan to resolve thousands of lawsuits against it. Purdue asked the bankruptcy judge, Robert D. Drain, on Wednesday to take the unusual step of temporarily halting lawsuits against the Sackler family," they write. "Without that protection, the Sackler family may back out of contributing to a settlement agreement Purdue reached with multiple states, which 'risks toppling' the deal, according to the drugmaker’s complaint."

State attorneys general, frustrated by that proposal, argue the family should be doing more to address the opioid crisis. North Carolina's attorney general Josh Stein,says the family should have to detail their wealth if they want special protection in bankruptcy court. Stein told our colleagues the family wants protection from the suits "so they can get on with their lives. I am fine with that as long as they meaningfully address the problem...They have billions and billions and billions of dollars that they have sucked out of Purdue Pharma.' Dummy Beto made it much harder to make a deal. Convinced many that Dems just want to take your guns away. Will continue forward! https://t.co/87jvaYUkyn

Trump was referencing the notable moment during last week’s Democratic presidential debate when O’Rourke called for an aggressive gun policy push following the recent spate of mass shootings. “Hell, yes, we’re going to take your AR-15, your AK-47,” he said, citing his support for mandatory buybacks of assault weapons.

O’Rourke responded to Trump on Twitter, and to Democrats who reportedly disagree with O’Rourke’s mandatory buyback proposal.

— Scissors to fight off a gunman, sneakers to run from gunshots, gym socks to use as a tourniquet: A new disturbing public service announcement from anti-gun violence nonprofit Sandy Hook Promise depicts students having to use their new back-to-school supplies in an active shooter situation.

“The ad reflects a grim reality for the network of survivors from the more than 228,000 students who have experienced a school shooting since the massacre at Columbine High School in 1999,” our Post colleague Kim Bellware reports.

Sandy Hook Promise co-founder Nicole Hockley appeared on NBC’s “Today” to talk about the new ad, which she said is part of a campaign of anti-violence PSAs meant to prevent gun violence by helping people understand the signs of troubling behavior.

“We don’t want people to turn away from it, so pretending it doesn’t exist is not going to solve it,” Hockley said of the latest ad.

— Today Rep. Bob Latta (R-Ohio) will introduce a bill dubbed the SAVE Moms & Babies Act to enact new restrictions on drugs used to induce abortions. The legislation would ban medical providers from dispensing such drugs remotely by mail or telemedicine, prevent the Food and Drug Administration from approving new abortion drugs and ban labeling changes to how already-approved drugs can be used. The measure has little chance of passing the Democratic-led House.

The antiabortion group Susan B. Anthony List, which is supporting the measure, says it is needed because there is a rise in medication abortions even as the overall abortion rate declines. Its research arm, the Charlotte Lozier Institute, says it has reviewed 4,000 adverse event reports resulting from medication abortions, including women who experienced incomplete abortions, infections, cases of severe bleeding and death.

The ads, which will target the 10 districts of those lawmakers, will point to lawmakers who voted to protect coverage for individuals with preexisting conditions and who have pushed back on the Trump administration’s lawsuit to undermine the ACA. The lawmakers are: Reps. Colin Allred (Tex.), Cindy Axne (Iowa), Abby Finkenauer (Iowa), Andy Kim (N.J.), Elissa Slotkin (Mich.), Abigail Spanberger (Va.), Haley Stevens (Mich.), Xochitl Torres Small (N.M.) and Lauren Underwood (Ill.).

“While President Trump and Congressional Republicans try to rip apart our health care laws and wreak havoc on Americans’ health care, House Democrats have worked nonstop to strengthen protections for people with pre-existing conditions, lower the cost of prescription drugs, and defend against the Trump administration’s reckless Texas lawsuit,” Protect Our Care chair Leslie Dach said in a statement. 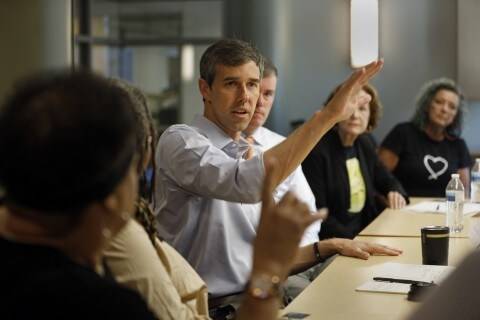 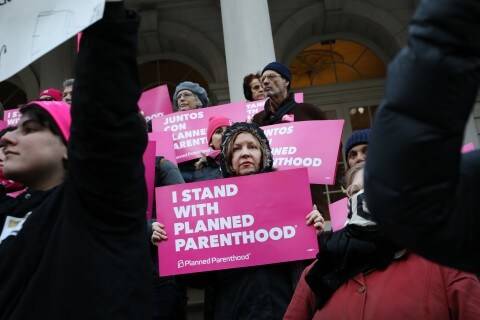 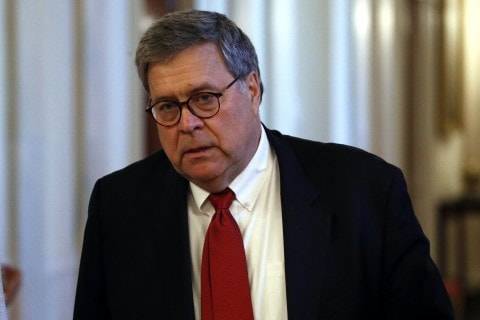 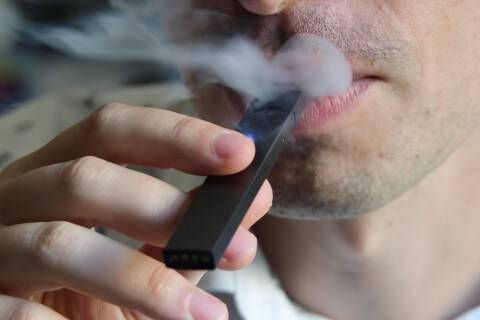 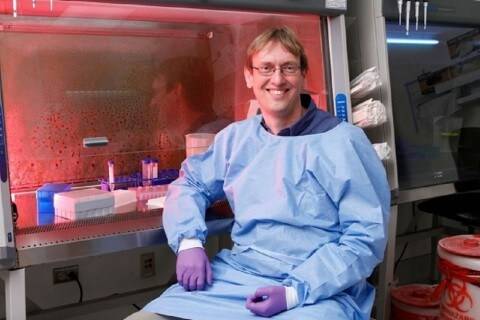 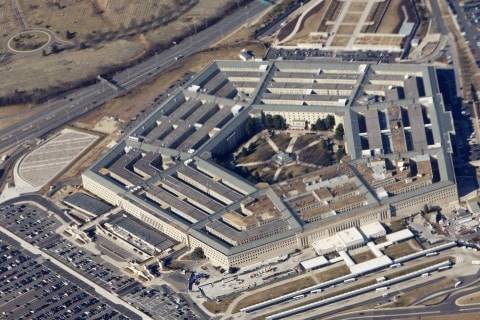 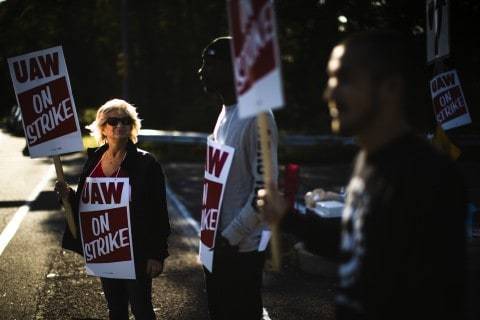 Business
GM drops workers’ health care during strike, a sign UAW impasse could drag on
"While on strike, some benefits shift to being funded by the union’s strike fund, and in this case hourly employees are eligible for union-paid COBRA so their health care benefits can continue,” GM said in a statement.
Eli Rosenberg 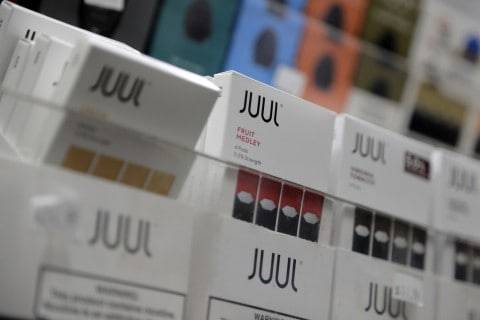 TV Networks Take Down Juul and Other E-Cigarette Ads
Teenage vaping keeps climbing, suggesting that campaigns to curb e-cigarette use among minors were not working.
New York Times 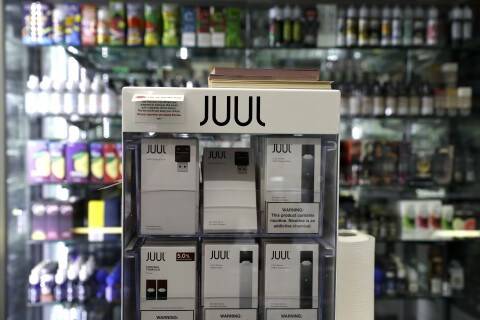