Now the question is whether the president, Pelosi and top Senate Republican Mitch McConnell can find enough common ground for a grand deal by the end of the year aimed at lowering the prices of prescription drugs. There's overlap among what the House, Senate and White House envision -- and that's where where lawmakers could reach a bipartisan agreement.

Because of my Administration, drug prices are down for the first time in almost 50 years — but the American people need Congress to help. I like Sen. Grassley’s drug pricing bill very much, and it’s great to see Speaker Pelosi’s bill today. Let’s get it done in a bipartisan way!

Capitol Hill was abuzz as lawmakers, patient advocates and the health-care industry responded to the speaker’s plan, which would allow the federal government to negotiate the prices of at least 25 and perhaps as many as 250 brand-name drugs in Medicare. Top House committees plan to hold hearings on the measure over the next few weeks, with a goal of an eventual vote in the whole Democratic-led House later this fall.

There are still big questions about the scope of Speaker Pelosi's drug plan, but what shouldn't get lost is how far-reaching the plan is.

Federal negotiation of drug prices for everyone, capped at what other countries pay.

(Pelosi and Democrats put out their drug-price plan two hours ago.) https://t.co/J7qvApUlVX

Speaker Pelosi's drug pricing package is finally out. If enacted, it would completely reform our drug pricing and reimbursement system. I will have lengthier thoughts later, but a few things for now. https://t.co/TNuQVy6QAw 1/6

Pelosi angered progressives by toning it down from an earlier draft, which would have made 250 drugs the floor instead of the ceiling. Rep. Mark Pocan (D-Wis.), co-chair of the Congressional Progressive Caucus, appeared critical of the limits set for how many drugs could be negotiated.

“We still are watching a few things,” Pocan told my Washington Post colleague Yasmeen Abutaleb. “You can have everything great in the world, but if you have a few handfuls of drugs negotiated then it’s not going to look the same to the public as something more substantive.”

Via The Hill's Peter Sullivan:

Pelosi says she's open to increasing the floor from 25 drugs being negotiated, calls it an "open point."

This is big issue for progressiveshttps://t.co/5Y0iGsZF0m

On the other end of the political spectrum, Pelosi’s plan was swiftly condemned by Republicans and pharmaceutical companies, who aired their usual message that such negotiations amount to government price-fixing. Even before Pelosi held a news conference announcing her plan, all two dozen of the House Energy and Commerce’s Republicans issued a joint statement criticizing it.

McConnell, who would play a key role in any final agreement, called the Pelosi bill a non-starter.

“Socialist price controls will do a lot of left-wing damage to the health-care system,” McConnell said yesterday afternoon. “And of course we're not going to be calling up a bill like that.”

Instead of working across the aisle, Speaker Pelosi's partisan prescription drug plan would lead to higher prices and fewer cures, all while laying the groundwork for their socialist health care agenda.

"We do not need to blow up the current system to make medicines more affordable. Instead, policymakers should pursue practical policy solutions..." full statement below pic.twitter.com/YjkOQvGoX1

AHIP has a very middle-ground comment on Pelosi's drug pricing bill. They call it "bold" and praise the out-of-pocket and targeting list prices, but hold back on endorsing. pic.twitter.com/BFtBVCca5B

But at this point the reactions are political kabuki, because the parties still share strong aspirations to reach a deal. And there’s reason to believe it could still happen.

If you look at the bipartisan Senate bill co-written by Grassley and Wyden, there’s plenty of overlap with the Pelosi proposal. Both measures would cap out-of-pocket costs for seniors in the traditional Medicare program and would require rebates from drug companies who raise drug prices faster than inflation.

Both the House plan and a proposal last fall from the Trump administration would draw from lower prescription drug prices in other developed countries. Pelosi is proposing to set a maximum price on negotiated drugs, based on an average of prices paid by six other countries. The administration says it’s working on a proposal to base the price of some Medicare drugs on an average of prices paid in 16 other countries.

As drug pricing policy goes, you can see the opportunity for policy agreement. Political agreement is a totally different conversation. pic.twitter.com/dQurI5fbwy

And while Trump says he backs the bill by Grassley and Wyden which notably wouldn’t allow the government to directly negotiate lower prices, the White House has privately told Democrats it’s open to the idea.

The administration held fire yesterday on Pelosi’s plan; a White House spokesman pointed to Trump's tweet when I asked for a response.

So the pieces are there for a year-end deal on drug pricing. The question is whether lawmakers will have enough political will to fit them all together. AHH: The Trump administration has formally reversed its plan to cancel a legal protection allowing migrants facing life-threatening illnesses to stay in the United States while they get treatment. The Department of Homeland Security sent a letter to the House Oversight Committee saying it would resume considering all so-called deferred action applications on a case-by-case basis.

The administration drew backlash when it said last month that it would eliminate protections for critically ill children and their families that allows them to avoid deportation while they receive treatment.

“If today’s statement is accurate, it appears that the Trump Administration is reversing its inhumane and disastrous decision to deport critically ill children and their families who are receiving life-saving medical treatment in the United States,” House Oversight Committee Chairman Elijah Cummings (D-Md.) said in a statement.

“Last week, the Oversight Committee held a hearing on the policy, where children suffering from cystic fibrosis and other illnesses testified they could die if sent back to their home countries,” NBC’s Heidi Przybyla reports. “The committee was scheduled to hold an additional hearing on the matter next week, with testimony from Ken Cuccinelli, acting director of the Citizenship and Immigration Services, and the acting ICE Director Matthew Albence.”

The Purdue Pharma logo is displayed at the drugmaker's offices in Stamford, Conn. (Douglas Healey/AP)

OOF: Purdue Pharma wants to pay “certain employees” more than $34 million in bonuses for their work over the last three years, citing “highly coveted” skills of some employees working at a company that is going through troubled times. The legal filing asking a judge to authorize the bonuses comes even as Purdue is facing thousands of lawsuits and days after the company filed bankruptcy, our Post colleague Peter Whoriskey reports.

“It is not clear from the company filings why employees would be eligible for bonuses, because, while the bonuses are supposed to be partly contingent on the company’s financial performance, the company has filed for bankruptcy,” Peter writes. "At a bankruptcy court hearing in White Plains, N.Y., on Tuesday, Paul K. Schwartzberg, an attorney for the U.S. Trustee, raised objections to some of the bonuses. While it is typical for companies in bankruptcy to try to pay employees as a firm seeks to regain its financial footing, the Purdue Pharma bonuses go 'way beyond' what is typical, he said."

Connecticut Attorney General William Tong said in a statement to The Post that the money should go to those affected by the opioid crisis.

“That $34 million is owed to the victims of the opioid epidemic, and every last cent should be spent on addiction science, treatment and recovery,” Tong said. “Purdue and the Sacklers still don’t seem to comprehend the pain and suffering they have caused. While I am sympathetic to the workers at Purdue, many of whom live in my hometown and state and had nothing to do with the egregious actions of their employer, this not business as usual.”

OUCH: The nationwide outbreak of vaping-related illnesses is growing. Federal officials announced there are now 530 individuals across 38 states that have been sickened by the disease, with all reported cases having a history of e-cigarette or vaping use, our Post colleague Lena H. Sun reports.

Officials are still not sure what’s been causing the illnesses, and health officials are warning anyone concerned to avoid using e-cigarette or vaping products.

“Initial data shows that most people had a history of using e-cigarette products containing THC, that many people said they used both nicotine and THC, and that some reported using only nicotine products. Many people have also said they used black market or illicit THC products. THC is the active ingredient in marijuana that produces the high,” Lena writes.

Nearly 25% of high schoolers are vaping regularly. This is unacceptable. @SenJeffMerkley & I are teaming up on legislation that:
✔️Bans e-cigarettes from containing non-tobacco flavors
✔️Requires cartridges to be tamper-proof
✔️Applies existing tobacco excise tax to e-cigarettes pic.twitter.com/EfLYRPjPDI

— A bipartisan pair of senators have introduced a draft bill that includes a ban on flavored e-cigarettes and that would apply existing tobacco taxes to e-cigarettes.

All flavored products, except tobacco, would be banned starting 90 days after the bill is enacted.

“Vaping companies have hooked millions of our children on nicotine using e-cigarette flavors like ‘gummy bear,’ ‘scooby snacks,’ and ‘strawberries and cream,’” Merkley said in a statement. “This means massive health consequences for the next generation, and we have to end this addiction crisis. We need to get these flavors off the market.”

"It's valid for Warren to want to refocus the issue on total costs rather than just taxes,” The Post’s Aaron Blake writes. "This is why Warren supporters hate this question. They view it as an unfair attempt to give Republicans a talking point that ‘Elizabeth Warren is going to raise middle-class taxes!’ when, in fact, people’s total costs would go down.” Aaron adds it’s important to note studies show that while most people would pay less in such a system, it’s not necessarily consistent for all people.

At the same time, why not just level with people about it, as Colbert suggests? Warren's responses are opening her up to criticism from Democratic rivals. South Bend, Ind., Mayor Pete Buttigieg said this on CNN: “Senator Warren is known for being straightforward and was extremely evasive when asked that question, and we’ve seen that repeatedly.” 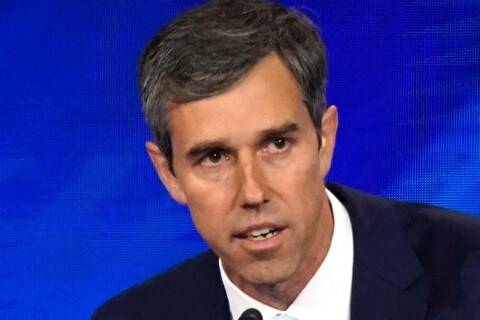 O'Rourke rips Schumer for doing 'absolutely nothing' on guns
“We still don’t have background checks. Didn’t have them when he was in the majority, either," O'Rourke said.
Politico 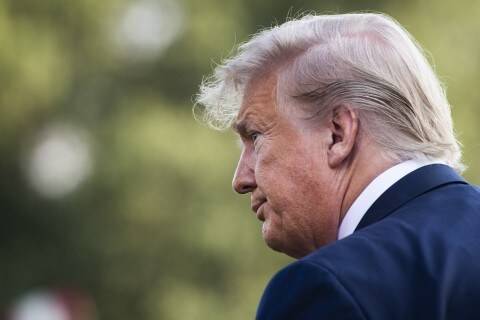 The Senate surrenders legislating on guns to Trump
“It’s a shame. We used to be a separate institution.”
Politico 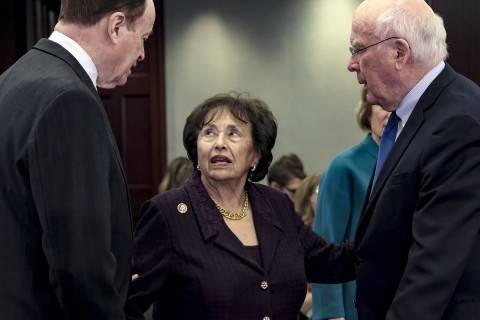 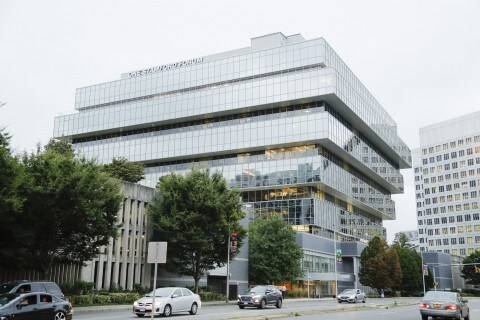 Purdue Led Its Opioid Rivals in Pills More Prone to Abuse
When taking into account the dosage strength of each pill, Purdue Pharma’s OxyContin represented a market-leading 27% of total oxycodone sold during a seven-year period reviewed by The Wall Street Journal.
WSJ
INDUSTRY RX 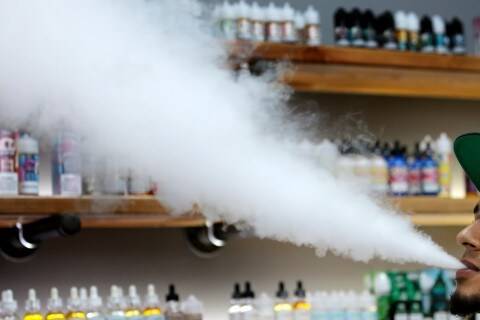 US vaping illnesses top 500, Missouri man is 8th death
The Centers for Disease Control and Prevention said 530 confirmed and probable cases have been reported in 38 states and one U.S. territory, up from 380 a week ago. Missouri joined the list later Thursday, announcing the death this week of a man in his mid-40s at a St. Louis hospital.
Associated Press 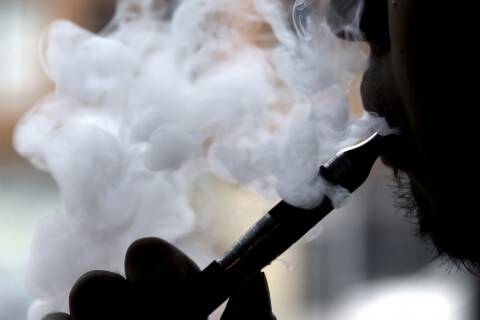 Sales of Illicit Vaping Products Find Home Online
As concerns about the health hazards of vaping mount, a market for cannabis-vaping products and the tools to create counterfeits is thriving online on big tech platforms like Amazon and Facebook.
WSJ
DAYBOOK

Can a Kennedy unseat an incumbent senator in Massachusetts?: