David Brown, 56, of Chesterfield, Mich., has his vitals checked by Dr. Pamela Berry Williams in Detroit, Mich. (Brittany Greeson/ for The Washington Post)

There’s a growing body of evidence that the Affordable Care Act has saved lives and made some Americans healthier since the sweeping health-care bill was passed nearly a decade ago.

This evidence largely comes from states that expanded Medicaid under the ACA, my Washington Post colleague Amy Goldstein reports. In some areas, such as parts of Detroit where poverty and illness are common, previously uninsured patients now have coverage under the expanded safety-net program. For some people, that means not only getting primary care -- but having thousands of dollars for medication and medical bills now paid for. In other areas, more prescriptions are getting filled and dialysis patients are living longer in places where coverage was expanded.

But many backers of the health-care law have not yet seized on this good news to galvanize public support, even as the fate of the ACA remains in question. The U.S. Court of Appeals for the 5th Circuit is expected to rule any day now on the high-stakes case, after a federal judge in Texas ruled late last year that the entire law is unconstitutional. No matter the outcome, the decision is expected to be appealed to the Supreme Court.

ACA supporters “have not taken political advantage of the signs that the ACA is translating into better health — at least, not yet,” Amy writes.

Instead, Democrats have centered their rallying cries on the effort from President Trump and the GOP to undermine the health-care law, attacking Republicans over the lawsuit filed by more than a dozen GOP-led states that seeks to overturn the ACA. Democrats have also pointed to the administration's push for skimpy, inexpensive health plans that eschew ACA requirements. Meanwhile, others in the party, including a number of 2020 Democratic presidential candidates, have called for even more sweeping changes to the nation’s health-care system, proposing Medicare-for-all.

It’s hard to conclusively say what difference the ACA has made in people’s lives, but research points to how the law has helped. “Compared with similar people who have stable coverage through their jobs, previously uninsured people who bought ACA health plans with federal subsidies had a big jump in detection of high blood pressure and in the number of prescriptions they had filled, according to a 2018 study in the journal Health Affairs," Amy writes.

“And after the law allowed young adults to stay longer on their parents’ insurance policies, fewer 19- to 25-year-olds with asthma failed to see a doctor because it cost too much, according to an analysis of survey results published earlier this year by researchers at the U.S. Centers for Disease Control and Prevention.”

Here are some other findings that show how the ACA has made some people healthier:

From the Senate Democrats' campaign arm:

“President Trump has dismantled as much of the law as his administration can.” So what are Senate Republicans doing about it? Nothing — and they continue to refuse to stand up to their party’s dangerous health care lawsuit. https://t.co/zKLKO6wnp0

Expanded coverage through the Affordable Care Act is saving lives. Imagine how many more we could save with single payer #MedicareForAll.https://t.co/6ARGv4seyJ

Yet some Democrats have pointed to the law's success as a reason to protect the ACA or to expand its reach, rather than overhaul the system:

We have two paths as a party.

When we’re protecting and building on the Affordable Care Act, we win. That’s the path we should choose—not taking away health care with Medicare for All. pic.twitter.com/J3nRI9OO5F

The #AffordableCareAct is saving lives and making people healthier, despite the Trump Administration's ongoing attempts to dismantle it.

I'll continue to fight to protect and strengthen the law. #ProtectOurCare

Despite ongoing attacks from Republicans in Congress & the Trump administration, the Affordable Care Act is working. Not only are millions more covered, but many people are healthier & are living longer. I'll keep fighting to #ProtectOurCare. https://t.co/LY96WTmaww

I've testified to this twice this year:

The Affordable Care Act has saved millions of lives and has given Millions access to insurance. The uninsured rate has plummeted! We must #ProtectPEC for 130M. https://t.co/RLPA6p6qv9

For all the fulminating over the individual mandate, it turns out the Medicaid expansion of the Affordable Care Act was the lasting public policy success. And it would be even greater if SCOTUS hadn't permitted states to opt out. https://t.co/vVqrxXH0vm

To be sure, ACA plans remain too costly for some Americans, especially for individuals who don't qualify for federal subsidies. That's something lawmakers have tried to address: It's why Democrats have looked for ways to make ACA plans more affordable and why the Trump administration and some Republicans have pushed for alternative insurance plans that skirt ACA rules and protections.

Meanwhile, a recent survey from the Kaiser Family Foundation found support among Democrats for the ACA is at an all-time high. It found that 84 percent of Democrats had favorable views of the law, the largest share for Democrats since KFF began tracking ACA favorabilty.

The survey also found 55 percent of Democrats and Democratic-leaning independents want to see a 2020 presidential candidate who wants to build on the law, expand coverage and lower costs, compared with 40 percent who said they would prefer replacing the ACA with a national Medicare-for-all system. 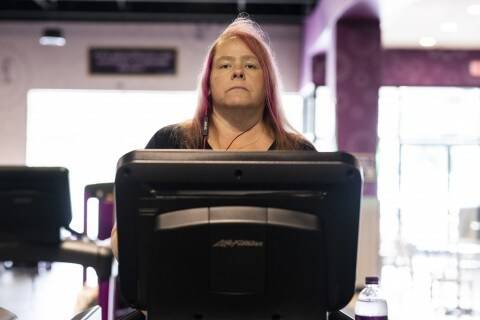 Health
With the Affordable Care Act’s future in doubt, evidence grows that it has saved lives
The law’s supporters have not yet taken political advantage of the evidence in the ACA’s favor.
Amy Goldstein Ed Garner is the only doctor for 11,000 square miles of territory in West Texas. (Michael S. Williamson/The Washington Post)

AHH: Almost 80 percent of rural America is designated as “medically underserved” by the federal government. Doctors are increasingly hard to fine. Rural areas are home to 20 percent of the nation’s populations but just 10 percent of its doctors — and that rate is worsening ever year, our Post colleague Eli Saslow reports in this deep dive.

Ed Garner is a 68-year-old physician in Texas who serves, along with nurses and physician assistants at Culberson Hospital, an area of 11,000 square miles.

"Thirty more counties are each forced to rely on just a single doctor, like Garner, a family physician by training who by necessity has become so much else: medical director of Culberson County. Head physician for a nearby immigration detention center. Director of a rural health clinic. Chief of staff for Culberson Hospital. And medical director for the hospital’s emergency room, where the latest patient was being wheeled in as Garner introduced himself," Eli writes. OOF: Rep. Chris Collins (R-N.Y.), the president’s first congressional supporter, is resigning from Congress and is set to plead guilty to charges of insider trading following allegations that he schemed with his son to avoid losses on an investment in a biotechnology company, Innate Immunotherapeutics.

Collins, who was on the board of the Australian company, allegedly tipped his son off to information that was used by numerous people to avoid more than $700,000 in losses.

Renae and Mike write: “Collins won reelection last year after initially suspending his campaign, then reversing that decision despite pressure from Republicans to step aside and allow another GOP candidate on the ballot. Collins was sworn in for a fourth term in January but was not seated on any House committees pending resolution of his indictment.”

OUCH: Drugstores, including the nation’s largest pharmacy chain, CVS, have pulled Zantac and generic versions of the heartburn drug from their shelves after concerns about a possible cancer risk. The products have small levels of nitrosodimethylamine, a probable carcinogen linked to liver damage, my Post colleagues Kim Bellware and Carolyn Y. Johnson report.

Meanwhile, the Food and Drug Administration is investigating the possible patient risk.

“The decision by the pharmacy giant adds to a flurry of worldwide concern about the drug,” they write. “Major manufacturers of the generic form, ranitidine, have announced recalls, and other countries have requested that companies halt distribution of the drug or issued recalls.”

The FDA has stopped short of asking the public to stop taking ranitidine that remains on the market.

“The agency is working with international regulators and industry partners to determine the source of this impurity in ranitidine. We are also working to understand what happens to NDMA levels in the body after administration of ranitidine,” FDA spokesman Jeremy Kahn said. “The FDA will take appropriate measures based on the results of the ongoing investigation.”

And Sanofi, the drug company that manufactures Zantac, has not recalled the product. “The FDA reported that the levels of N-nitrosodimethylamine (NDMA) in ranitidine in preliminary tests barely exceed amounts found in common foods,” Sanofi spokeswoman Ashleigh Koss told our colleagues. “We are working closely with the FDA and are conducting our own robust investigations to ensure we continue to meet the highest quality safety and quality standards.”

— Nearly all teenagers in Maryland will be prohibited from buying tobacco and e-cigarettes starting today thanks to a new law raising the buying age for tobacco to 21.

The new law takes effect as state and federal leaders nationwide have sought to crack down on vaping products amid an outbreak of vaping-related illnesses that have sickened more than 800 people and have been linked to 12 deaths.

— Meanwhile, state health officials in Wisconsin and Illinois revealed the strongest clues into what may be behind the mysterious illnesses: The majority of sickened patients reported using illicit vape cartridges containing THC, the psychoactive component of marijuana.

— And here are a few more good reads from The Post and beyond: 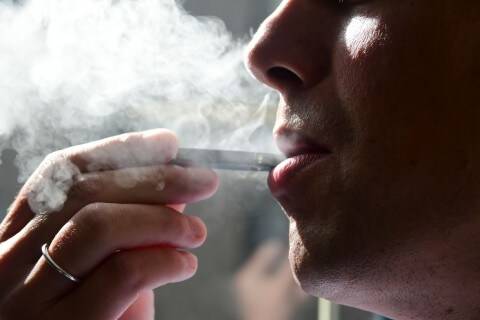 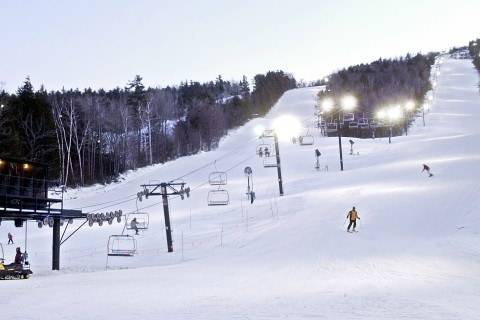 Business
Purdue Pharma family profits from sale of ski resorts in regions plagued by opioid addiction
The Richard Sackler branch of the family will reap about $60 million after the Peak Resorts deal, according to SEC disclosures.
Christopher Rowland 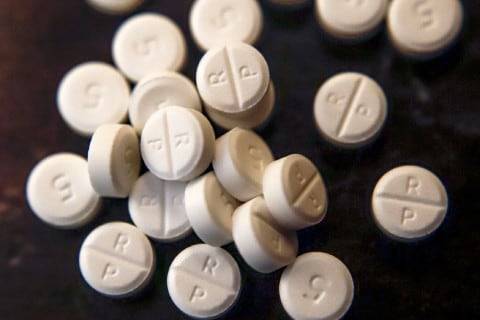 Novel Plan Aims to Settle Opioid Suits
Endo International, Johnson & Johnson and other drugmakers that face sprawling litigation over the opioid crisis are exploring an unusual way to settle the cases: by participating in Purdue Pharma’s bankruptcy, according to internal documents and a person familiar with the matter.
Wall Street Journal
REPRODUCTIVE WARS 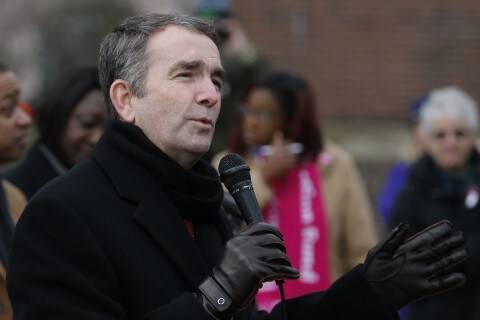 Judge delivers mixed ruling in abortion case, throwing out two Virginia laws but upholding others
A federal judge on Monday struck down two parts of Virginia’s abortion laws but upheld other abortion regulations that had been challenged.
Richmond Times-Dispatch 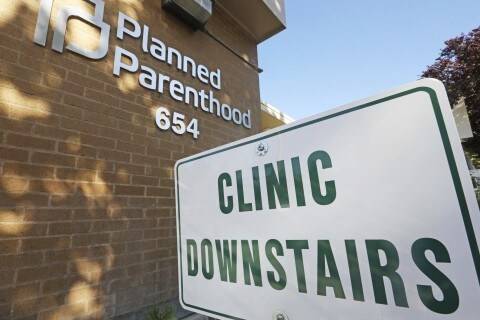 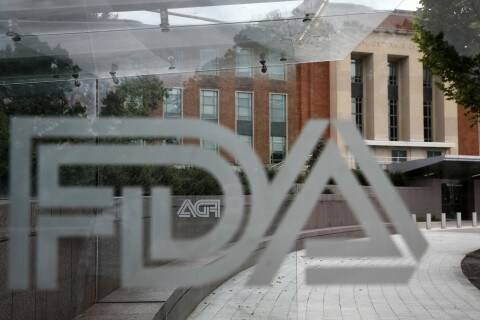 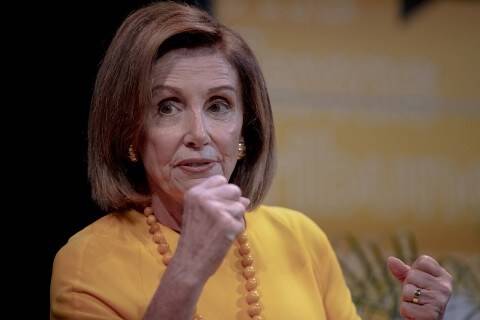 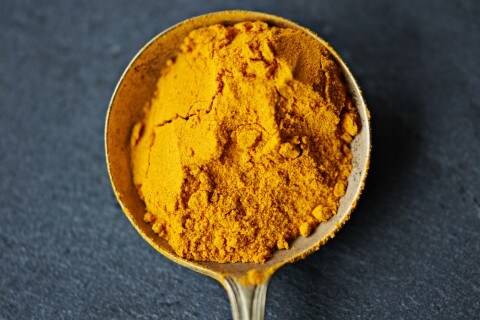 Business
Some turmeric, wellness potion of the moment, may owe its yellow color to lead contamination, a study says
It’s touted as a “superfood” and promoted as an anti-inflammatory and antioxidant, but ground turmeric may also contain lead.
Laura Reiley 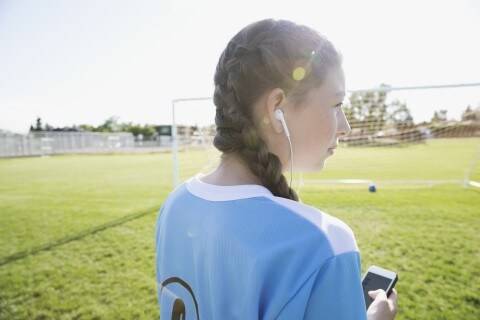 How California lawmakers are trying to allow college athletes to get paid: