The Technology 202: Bezos dilemma could spark Congress to act on graphic photos Amazon founder and Washington Post owner Jeffrey P. Bezos’s allegations the National Enquirer sought to extort and "blackmail" him could increase pressure on Congress to pass legislation to criminalize sharing graphic photos without the subject’s consent.

Rep. Jackie Speier (D-Calif.) tells me in the coming months, she plans to reintroduce legislation cracking down on nonconsensual pornography, which was co-sponsored in 2017 by Sen. Kamala D. Harris (D-Calif.), Sen. Amy Klobuchar (D-Minn.) and Sen. Richard Burr (R-N.C.).

“The more people that are impacted by this vicious conduct will hopefully give us the traction we need to get some laws on the books that create the criminality of this,” Speier said.

Though the distribution of nonconsensual pornography is an increasingly common issue, the circumstances surrounding Bezos are highly unusual. Last week, the Amazon chief accused the Enquirer of threatening to publish graphic photos, including one he said an executive at the tabloid’s parent company referred to as a “below the belt selfie,” unless Bezos halted an investigation into how the company obtained private messages between him and his girlfriend Lauren Sanchez.

Currently, 42 states and the District of Columbia have laws on the books criminalizing the distribution of nonconsensual pornography. But the current patchwork of laws varies dramatically state by state, and some states have very weak protections for victims, said Mary Anne Franks, the president of the Cyber Civil Rights Initiative, a non-profit focused on fighting online abuse. ​​​

Speier said comprehensive federal legislation is needed given the damage this issue can cause to victims’ lives.

There’s no question that Bezos is in a rare position to be able to fight the release of such graphic material given his wealth and notoriety. But regular folks don’t have those advantages — even as ubiquitous smartphones and web cameras make it easier than ever to snap and potentially abuse intimate photos.

“He’s not at anybody else’s mercy,” said Carrie Goldberg, a victims' rights attorney in Brooklyn, New York. “He had the privilege of being able to call out his blackmailer. But I have a lot of clients who can’t.”

In the defiant Medium post where he published alleged emails from executives at Enquirer parent company American Media Inc., Bezos acknowledged his advantages. “If in my position I can’t stand up to this kind of extortion, how many people can?” Bezos wrote in a Medium post outlining the allegations.

One in eight social media users have been the targets of nonconsensual pornography, according to a 2017 report from the nonprofit Cyber Civil Rights Initiative. They are more likely to be female than male, according to Franks.

Technology companies themselves say they have been cracking down on the practice in recent years, and advocates said they worked with the companies to develop legislation they would support. Both Twitter and Facebook supported the legislation Speier co-sponsored, called the “ENOUGH Act,” when it was introduced in 2017.

But the legislation stalled amid opposition from civil liberties groups that raised concerns the bill could have a chilling effect on free speech. And they have opposed bills across the country with broad language limiting nonconsensual pornography because of the impact it could have on images that might have news value or be of historical interest.

Speier is confident she is in a better position to pass legislation during this session of Congress, especially with Democrats in control of the House.

“We have strong values around privacy rights as a party,” she told me. BITS: The mother of a woman who has been in a vegetative state following a Lime electric scooter accident in December plans to sue the company on behalf of her daughter for negligence, The Washington Post's Peter Holley reported. Ashanti Jordan's accident occurred when she collided with a car at an intersection in Fort Lauderdale, Fla. Todd R. Falzone, a lawyer who represents Tracy Jordan, Ashanti Jordan's mother, said the Lime app tells riders not to ride on sidewalks. He said Jordan was injured because she abided by Lime's instructions and therefore didn't ride on the sidewalk.

“I’m worried about people around the country who are riding these things and not understanding whether they’re supposed to be riding them on the street or on the sidewalk,” Falzone said, according to my colleague. “You rely on the company to know the local rules.” Fort Lauderdale allows users to ride electric scooters on sidewalks but Florida law bans using motorized scooters on the street. “Falzone said his client is seeking compensatory damages that cover potential disabilities, mental anguish, hospital expenses, as well as long-term medical care and loss of income,” Peter reported. NIBBLES: Sen. Ron Wyden (D-Ore.) demanded that Apple and Google “immediately remove” an app from the Saudi government that can allow Saudi men to track Saudi women's travel and prevent them from leaving Saudi Arabia. Wyden made the request in a letter to Apple chief executive Tim Cook and Google chief executive Sundar Pichai after Business Insider's Bill Bostock reported that Google Play and Apple's iTunes are hosting the app, which is called Absher. The app offers general functionalities but can also send SMS alerts when women travel.

“By permitting the app in your respective stores, your companies are making it easier for Saudi men to control their family members from the convenience of their smartphones and restrict their movement,” Wyden said in the letter. “This flies in the face of the type of society you both claim to support and defend.”

Human rights activists have also slammed the companies for hosting the service. “Apple and Google have rules against apps that facilitate threats and harassment,” Rothna Begum, a Middle East researcher at Human Rights Watch, told Business Insider. “Apps like this one can facilitate human rights abuses, including discrimination against women.” You can read the full report on the Absher app here.

BYTES: More than 30 advocacy groups questioned Facebook's commitment to helping fight the spread of disinformation before the European Parliament election this year, the Hill's Emily Birnbaum reported. The groups, which include Mozilla, Access Now and the Center for Democracy and Technology, said in an open letter that the company's recent code changes have blocked ad transparency tools that allow users to see how advertisers are targeting them. For instance, ProPublica reported last month that the social network's move blocked the investigative news outlet's own tool.

“By restricting access to advertising transparency tools available to Facebook users, you are undermining transparency, eliminating the choice of your users to install tools that help them analyse political ads, and wielding control over good faith researchers who try to review data on the platform,” the letter said. Rob Leathern, director of product management at Facebook, told the Hill that the company plans to launch a political ad archive called Ad Archive API before the E.U.'s parliamentary election. “We’re committed to a new level of transparency to ads on Facebook and encourage others to do the same,” Leathern said. A rally on Sept. 5, 2017 in Denver after President Trump's decision to repeal a program protecting young immigrants known as “dreamers” from deportation. (Tatiana Flowers/AP)

— More than 100 business leaders, including the heads of Facebook, Twitter, Amazon, Apple and Google, urged Congress to pass legislation to protect immigrants brought to the United States illegally as children and known as “dreamers,” CNBC's Yun Li reported. “With the re-opening of the federal government and the presumptive restart of immigration and border security negotiations, now is the time for Congress to pass a law to provide Dreamers the certainty they need,” the business leaders' letter said. “These are our friends, neighbors, and coworkers, and they should not have to wait for court cases to be decided to determine their fate when Congress can act now.” The letter also ran in the New York Times as a full-page advertisement, CNBC reported.

Dreamers are our co-workers, friends and neighbors. They contribute to our economy and communities. Their dreams are our dreams. We’re calling on the new Congress to uphold American values and permanently protect the Dreamers.

— Google parent Alphabet and Microsoft have said in reports to the Securities and Exchange Commission that the use of artificial intelligence could create troubles for their business, Wired's Tom Simonite reported. Both companies warned about potential hurdles associated with artificial intelligence in the “Risk Factors” part of the reports. “Companies must use the risk factors portion of their annual filings to disclose foreseeable troubles to investors,” according to Wired. “That’s supposed to keep the free market operating. It also provides companies a way to defuse lawsuits claiming management hid potential problems.” 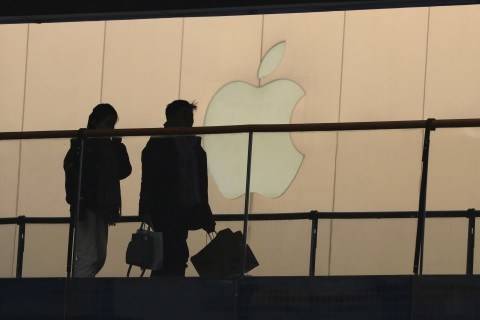 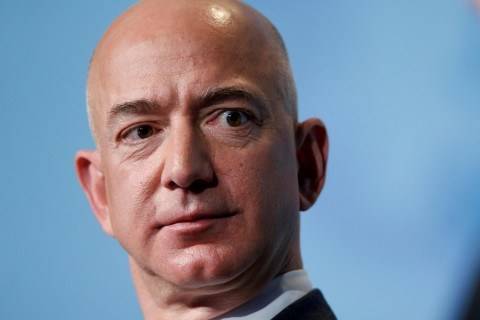 Former Amazon Executive Emerges as Foe of Jeff Bezos
Jon Fine, the National Enquirer attorney at the center of what Jeff Bezos is calling a blackmail attempt, used to have a much different relationship with the Amazon founder. For nine years, Mr. Bezos was his boss.
The Wall Street Journal 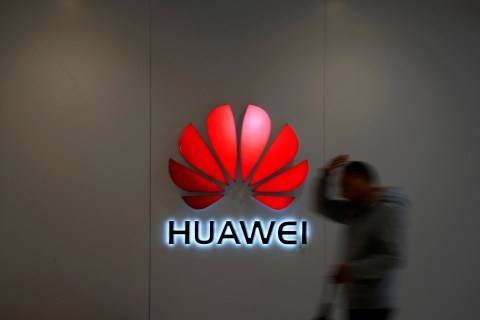 The Department of Veterans Affairs headquarters in Washington on May 28, 2014.  (Matt McClain/ The Washington Post)

— Apple said a partnership with the Department of Veterans Affairs will make it possible for veterans to view their health records in the Health Records apps on the iPhone, the Verge's Angela Chen reported. “The new collaboration would allow the 9 million veterans served by the VA, which is the largest medical system in the country, to see their aggregated medical records — including conditions, vaccinations, lab tests, medical procedures, and diagnoses — in one place,” according to the Verge.

— Lisa Sepanski, who works for a government agency tasked with overseeing recycling in King County, Wash., where Amazon is based, said the retail giant's plastic mailers hamper recycling efforts, Kristen Millares Young reported in The Washington Post. “That Amazon packaging suffers from the same problems as plastic bags, which are not sortable in our recycling system and get caught in the machinery,” said Sepanski, who is project manager for King County Solid Waste Division. “It takes labor to cut them out. They have to stop the machinery.” 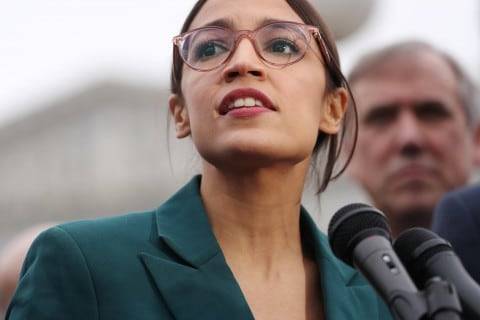 Technology
Rep. Alexandria Ocasio-Cortez takes aim at Equifax and credit scoring
She criticized credit reporting agencies for fueling what she described as a “dice game” and a “broken” system of credit scoring.
Hamza Shaban 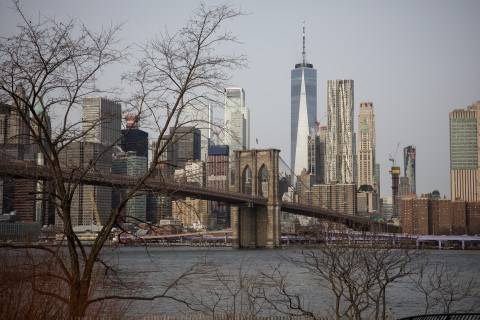 'This is a union town' — NYC councilman says Amazon's HQ2 is 'antithetical' to our values
New York City Councilman Jimmy Van Bramer also says he is against Amazon's plans for HQ2 in Queens because of the company's stances on immigration control.
CNBC 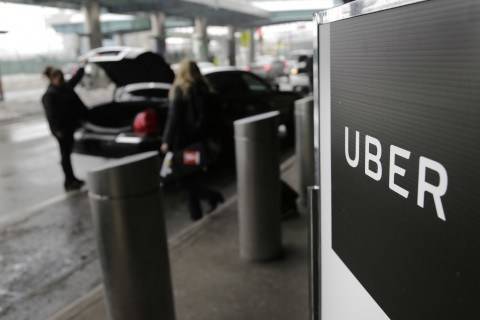 The Apple logo at an Apple store in New York on Jan. 3. (Mary Altaffer/AP)

— Contractors for Apex Systems, which does work for Apple, “operated under the constant threat of termination,” Bloomberg News's Joshua Brustein reported. Contractors based at a facility on Hammerwood Avenue in Sunnyvale, Calif., were told not to order a car ride to go home from the facility but walk several blocks away first. “Inside the building, say former workers, they came to expect the vending machines to be understocked, and to have to wait in line to use the men’s bathrooms,” Brustein wrote. “Architectural surprise and delight wasn’t a priority here; after all, the contract workers at Hammerwood almost all leave after their assignments of 12 to 15 months are up.” 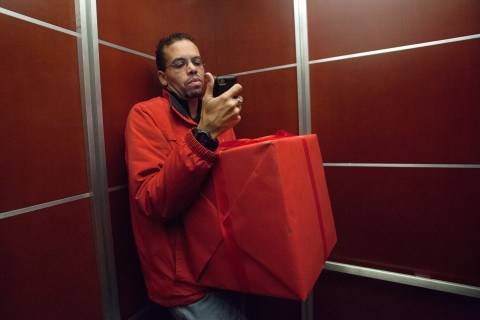 Revolt of the gig workers: How delivery rage reached a tipping point
Gig workers are fighting back.
San Francisco Chronicle 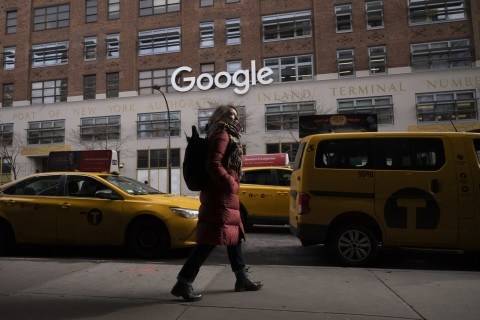 — News about tech incidents and blunders: 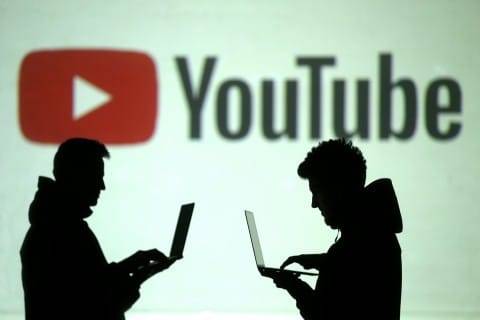 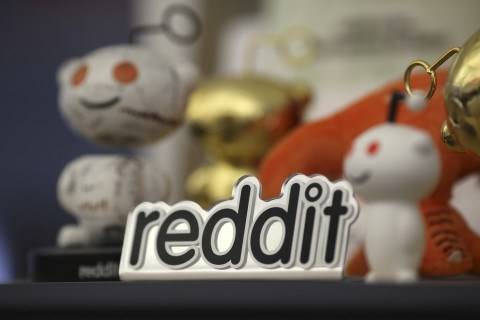 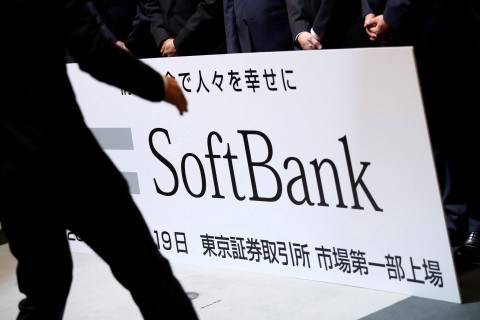 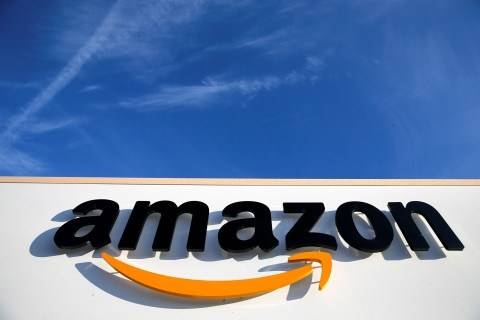 Amazon is buying mesh router company Eero
Eero kicked off a wave of "smart" router systems, and Amazon wants in.
The Verge
CHECK-INS

Why the government could be headed for another shutdown: