Prominent Republicans are taking aim at Silicon Valley’s most prized legal shield as they escalate their accusations that Big Tech is biased against conservatives.

The tech industry is growing concerned about recent proposals Sen. Josh Hawley (R-Mo.) and Donald Trump Jr. floated to change Section 230 of the Communications Decency Act — a decades-old legal provision that protects tech platforms from liability for content posted on them. Hawley says the law has also allowed the companies to make editorial decisions about who can post on their sites — with no recourse for objectors.

Hawley is pushing a change to Section 230 to prevent "viewpoint discrimination," which would bar tech companies from moderating content based on political ideology (something they already fiercely deny doing.) Donald Trump Jr. specifically called out Hawley's support for such a requirement in an op-ed slamming the tech giants that President Donald Trump promoted on Twitter.

“It’s a really sweet deal,” Hawley said in an interview with The Verge published this week, referring to the lack of responsibility born by tech companies for their content. “I think we need to consider what reforms need to be made there in order to prevent viewpoint discrimination.”

Tech industry lobbyists warn Hawley's proposal betrays a “fundamental misunderstanding” of how the law works and are worried any change could result in a chilling effect on free speech online. They say it also could leave start-ups vulnerable to costly lawsuits and further consolidate the power of large technology companies who have more legal resources.

Section 230 also protects companies from lawsuits for any action they take to restrict obscene, excessively violent or harassing content -- a key issue as companies are increasingly under pressure to crackdown on violent content or disinformation in the wake of incidents like the New Zealand mosque shooting.

“This law is what enables the companies to be Good Samaritans and police the platforms,” said Michael Beckerman, the president and chief executive of the Internet Association, a trade group representing companies like Google and Facebook. “What some people are asking for makes you scratch your head a little bit.”

But conservatives are framing the resurrected debate about how to police content on the Internet with their own concerns about what they see as politically biased moderation of information disseminated on big platforms like Google, Facebook and YouTube.

Hawley told The Verge it's time to consider reforms to Section 230 to ensure technology companies can’t “exert editorial control” over political ideology they disagree with. He said he's not talking about speech that advocates crime. When asked if such a change would result in more government censorship, the Missouri Republican said the top platforms "are engaging in censorship now."

"People say, 'Well, where would you draw the line?' Well, First Amendment law has drawn this line for a long time." Hawley said. "The law has developed clearly what’s the difference between speech that is illegal, and therefore protected, and then viewpoint speech."

Hawley, a freshman senator who is quickly becoming one of the tech industry’s top conservative critics, has been criticizing Section 230 for months. He was unavailable for an interview for this piece.

Hawley’s comments were published as President Trump renewed allegations the technology industry discriminates against conservatives. Industry heads have repeatedly denied  there is anti-conservative bias on their platforms.

But other conservatives may not be on board with Hawley’s proposal. It could be a particularly tough sell among Republicans who favor deregulation and government taking a hands-off approach to industry.

Jesse Blumenthal, who leads technology and innovation across the Koch network, said the charges that the tech industry is biased against conservatives are “politically motivated nonsense.” He warned that Section 230 already strikes the right balance.

Blumenthal warned that changing Section 230 is at odds with conservative values, comparing it to “creating a Fairness Doctrine for the Internet.” That doctrine required broadcasters airing programs on politics to include opposing views on those issues. A 1987 decision to revoke the doctrine is credited with the explosion in conservative talk radio.

Tech industry advocates said that the fact conservatives use tech platforms such as Facebook and Twitter to disseminate bias accusations proves the platforms aren’t systematically biased against them. Earlier this week, President Trump tweeted that Twitter, as well as Google and Facebook, were on the "side of the Radical Left Democrats."

An advocate for technology start-ups pointed out conservatives should be aware that changes to Section 230 would only make it harder to create new social networks as an alternative.

“If you think there are not enough pathways for certain speech to get out, you can create them,” said Evan Engstrom, the executive director of start-up advocacy organization Engine. “The idea that the Internet has limited ability of conservative voices to get to their audience is preposterous.” As YouTube grows larger and more influential, there are increasingly questions about whether the service should be able to operate outside of traditional rules governing advertising on television. Policymakers are increasingly growing wary of kids' programming -- and sponsored content could be a particularly contentious area.

"The problem with sponsored content is that it’s not always clear what’s an ad. Kids are particularly vulnerable to being manipulated by paid clips that masquerade as legitimate content," Bergen wrote. "On TV, the ground rules are clearer: Ads come when the show takes a break."

Industry watchdogs are sounding the alarm about this growing trend and worry it will be difficult to stop.

“The uptick in sponsored content and child influencers is very overwhelming,” said Dona Fraser, director of the Children’s Advertising Review Unit, an industry watchdog funded by companies including Google. “This has exploded in front of our eyes. How do you now wrangle every child influencer out there?”

NIBBLES: Online attacks against people who speak out in favor of vaccines have become increasingly common -- and social media websites are the preferred platform for the anti-vaccination movement's claims, reports my colleague Lena Sun. After a Pennsylvania pediatric practice's Facebook video became the target of such attacks, the practice took the rare step of investigating who was behind them.

The Pittsburgh Practice shared the hostile messages with researchers from the University of Pittsburgh Center for Research on Media, Technology, and Health. The researchers analyzed a sample of roughly 200 commenters -- annalyzing publicly available information on their profiles to determine their social networks.

"Like many who are vaccine-hesitant or opposed to vaccines, the majority of commenters to the Pittsburgh practice were mothers," my colleague wrote. "The top two political affiliations were on opposite ends of the political spectrum, with 56 percent expressing support for President Trump and 11 percent expressing support for Sen. Bernie Sanders, the researchers found." BYTES: Nunes filed a lawsuit Tuesday targeting the Twitter account "Devin Nunes' cow," the relatively obscure account had 1,000 or so followers. As of Thursday morning, it has more than 550,000, my colleague Herman Wong reports. Nunes' own account has 396,000.

"A fake cow that is the target of a lawsuit by a congressman is having its moment," Wong wrote.

The Twitter account claims to be "hanging out on the dairy in Iowa looking for the lil’ treasonous cowpoke." Nunes' lawsuit alleges the account, as well as another called @DevinNunesMom, "“repeatedly tweeted and retweeted abusive and hateful content."

The increasingly prominent cow account is inspiring jokes and parodies across the web, including  a new account from comedian Stephen Colbert.

From Ana Navarro-Cárdenas of CNN:

This is no bull. The cow won! @DevinCow, the parody account Nunes is annoyed by, now has more followers than @DevinNunes. It’s silly but also UDDER-ly enjoyable. MILK it for all it’s worth. You all butter keep on following #DevinCow 🐮 pic.twitter.com/tzkoOo4ys5 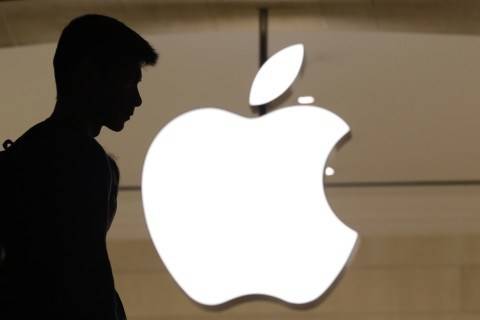 New Paid Apple News Service Said to Feature Wall Street Journal
The New York Times and The Washington Post are among the publishers that opted out of the subscription service because of its terms, two people familiar with the plans said.
New York Times 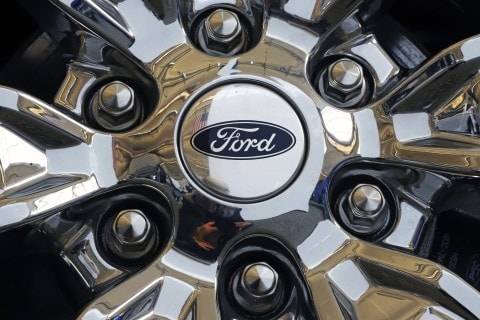 Technology
Ford will build its first driverless cars in Michigan in 2021
The plan is part of a $900 million investment to reshape Ford's manufacturing operations in its home state.
Hamza Shaban 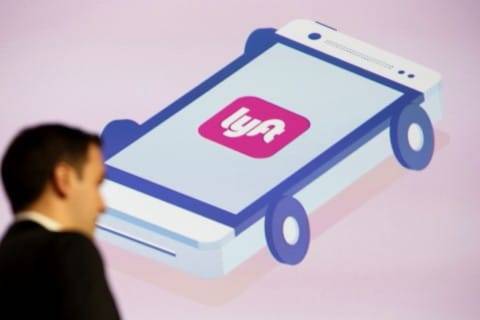 Technology
Lyft outlines all the reasons ridesharing could fail, in its IPO documents
Scooters and bikeshare, self-driving promises and lawsuits requiring better treatment of drivers could all stand in the way.
Faiz Siddiqui 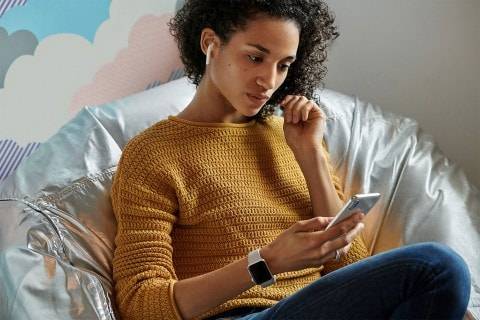 Consumer Tech
Apple’s big week of tiny product upgrades: Here’s what’s worth your money — and not
The iPad Mini is mighty once again, and updated AirPods give Siri a whole new way to misunderstand what you said.
Geoffrey Fowler
PUBLIC CLOUD 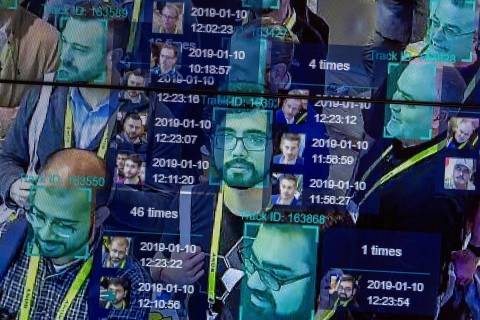 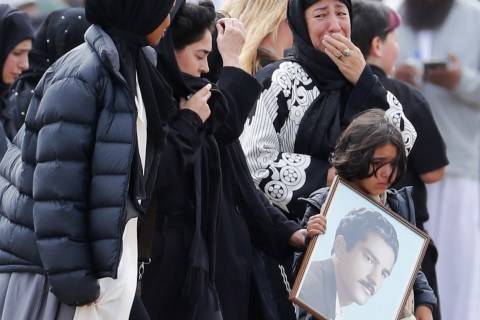 Lawmakers urge tech to root out extremism after New Zealand
Lawmakers are putting pressure on social media companies to take aggressive action against white supremacists in the wake of the New Zealand massacre.
The Hill 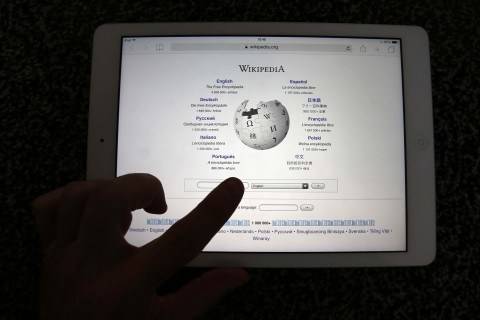