The Technology 202: Sen. Josh Hawley has a new bill to let consumers opt out of pervasive tracking Sen. Josh Hawley wants to make opting out of online tracking as easy as adding your number to the “Do Not Call” list.

Hawley, a Missouri Republican, will introduce legislation on Tuesday to create a “Do Not Track” program: It would require companies to limit data collection on Americans who check a setting in their web browsers or install a special app on their phones.

It would also impose hefty fines on companies that, after people opt out, continue the controversial but pervasive practice of collecting broad data about consumers' browsing activity or building highly customized profiles about them. Such profiles are commonly used to serve targeted advertisements.

Past initiatives to create “Do Not Track” options have failed to stop companies' tracking because they were voluntary, Hawley said, promising this bill would have teeth and finally give consumers more control over how business uses their data.

“We’ve tried the voluntary model,” Hawley said in an interview. “It’s time to stop this two-step.”

Hawley is pushing for this legislation as he aims to raise awareness on Capitol Hill about the shadowy ways companies follow consumers online — sometimes collecting data about consumers even after they think they've opted out. Hawley, a freshman, is making it his mission to fight Big Tech on Capitol Hill, and the fines he's proposing are the latest signal that Washington is seeking tougher penalties against Silicon Valley.

Hawley also thinks a Do Not Track initiative should be part of any federal privacy legislation. The senator made waves in Congress on this issue after a fiery exchange Google executive Will DeVries earlier this year, when Hawley slammed the company for collecting location data about Android users even when location history is turned off. His office says this bill also stems from concerns about Facebook's practice of collecting data from people online even if they don't have an account with the service, which is known in the industry as building “shadow profiles.”

Hawley's bill does not yet have any co-sponsors, but it's likely an issue that could earn support across the aisle. Rep. Jackie Speier (D-Calif.) introduced similar legislation in 2011 though the bill languished in Congress. The Obama administration's Federal Trade Commission also supported the creation of a Do Not Track setting — but it ultimately did not result in any requirements.

Hawley thinks that this bill will be able to succeed where the Obama-era initiative fell short. The FTC at the time created a working group to develop a Do Not Track button, but it leaned heavily on the tech industry to come up with the best way to implement Do Not Track. It turned acrimonious as there was infighting within the group about what “tracking” means.

Browser makers like Microsoft and Mozilla have also tried to implement Do Not Track buttons, which notify advertisers and websites that a person does not want to be tracked. But there’s currently no way to enforce it, and advertisers can continue to track people even with the setting enabled.

That’s why Hawley thinks there needs to be an actual law on the books. His bill would also restrict companies from transferring the data they collect about consumers to other companies if they activate Do Not Track. Companies would also have to let consumers know they have these privacy rights to opt out of such tracking.

To be sure, recent history shows that efforts to get companies to change their behavior are tricky. A model for this legislation — the Do Not Call registry — was created in 2003 to help consumers limit unwanted calls they are receiving from telemarketers. But it has proved ineffective in protecting them from an onslaught of robocalls in recent years.

Hawley says he's encouraged by the prospects of change as there's been a significant shift in attitudes toward the tech industry in Washington — and scrutiny of privacy issues in both parties.

“There is a dawning awareness these big tech companies pose a new but unique threat to consumer privacy, free speech and the future of our economy that we’re just beginning to get our hands and our heads around,” Hawley told me.

BITS: Google halted its business with Huawei that requires the transfer of hardware, software and technical services, except when available via open source, according to Angela Moon of Reuters. The move follows a decision by the Trump administration last week to add Huawei to the "entities list," which could effectively blacklist Huawei from working with U.S. suppliers.

“We are complying with the order and reviewing the implications,” a Google spokesperson told Reuters.

“For users of our services, Google Play and the security protections from Google Play Protect will continue to function on existing Huawei devices,” the spokesperson also told Reuters, without giving further details.

Current holders of Huawei smartphones with Google apps will still be able to download apps and updates, according to Reuters. But Huawei will immediately lose access to Google's Android operating system. Future versions of the phones running Android will also lose common Google-operated apps, such as YouTube and Gmail.

Chipmakers including Intel Corp., Qualcomm Inc. Xilinx Inc. and Broadcom Inc. have told their employees they will not supply Hawei until further notice, according to Bloomberg's Ian King, Mark Bergen and Ben Brody.

NIBBLES: U.S. intelligence officials have been briefing Silicon Valley technology executives about the risks of doing business in China, according to The Verge's James Vincent.

The briefings -- held with tech companies, universities and venture capitalists in California and Washington -- include warnings about the threat of cyber attacks and the theft of intellectual property. They're the latest signal of the tensions between the U.S. government and Beijing.

“The Chinese government and Communist party pose the greatest long-term threat to US economic and national security,” Sen. Marco Rubio (R-Fla.) told the Financial Times about the briefings, which he helped organize. “It’s important that US companies, universities, and trade organizations understand fully that threat.” BYTES: Uber's initial public offering proved to be a setback in its efforts to clean up its corporate culture, my colleague Faiz Siddiqui writes. The company had to shut down a party at a satellite California office, and at least one employee resigned, according to current and former employees.

The celebrations kicked off with company-provided mimosas, and employees said the event "made them feel uncomfortable and seemed immature," Faiz writes, especially as the company's stock price plunged. It also was a reminder of a more toxic company culture that Uber has been trying to fix.

“Old Uber hid themselves until today apparently,” one employee, who spoke on the condition of anonymity because that person was not authorized to speak publicly, told Faiz.

Uber has been trying to repair its image after female employees accused the company of failing to address allegations of sexual harassment over the last two years and supporting a "tech bro" culture. Uber hired a former U.S. attorney general to conduct a study of its workplace culture, among other remedies. That 13-page study recommended the company limit the availability of alcohol in the workplace and de-emphasizing alcohol as a component of work events. 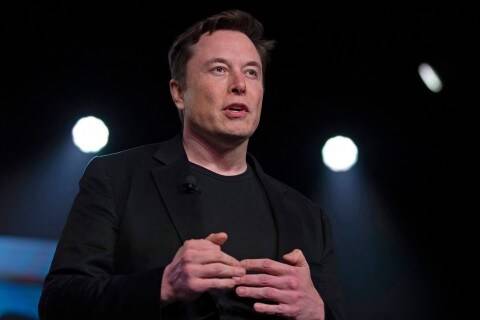 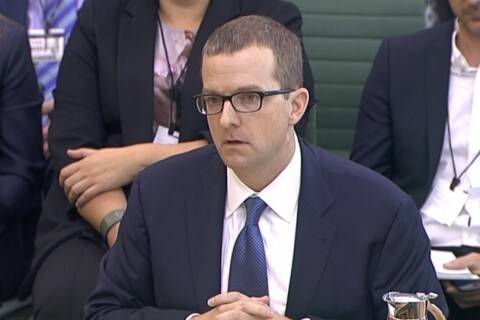 Facebook’s A.I. Whiz Now Faces the Task of Cleaning It Up. Sometimes That Brings Him to Tears.
Facebook has heralded artificial intelligence as a solution to its toxic content problems. Mike Schroepfer, its chief technology officer, says it won’t solve everything.
New York Times 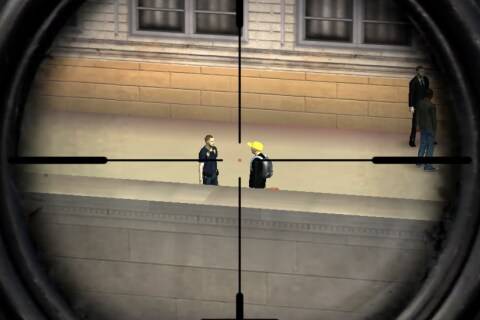 Technology
‘Make him famous in a different way’: In this popular mobile game, you kill a journalist
“Take your sniper, aim and start shooting your enemies,” the game description reads.
Angela Fritz
Tech Jobs Lead to the Middle Class. Just Not for the Masses.
The great hope for people without a bachelor’s degree hasn’t yet spread beyond small-scale success stories.
New York Times
PUBLIC CLOUD 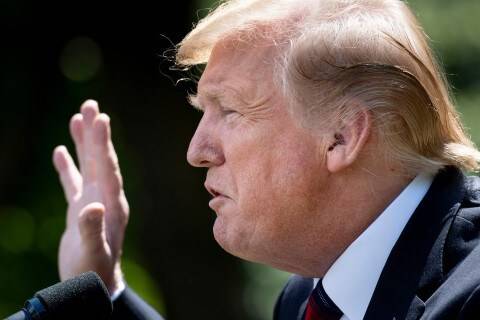 Social Media Pollution, a Huge Problem in the Last Election, Could Be Worse in 2020
As a candidate, Donald Trump promoted a mystery Twitter account that falsely portrayed a protester as an ISIS terrorist. Nothing stops him from doing it again.
New York Times 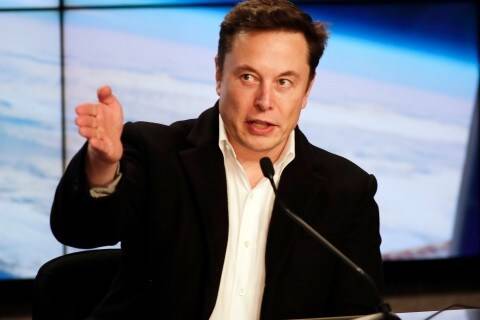 Technology
SpaceX is suing the government once again, but the reason is a secret
In a motion filed with the Court of Federal Claims Friday, the company said the privacy was necessary because the suit contains “confidential and proprietary information and source selection information not appropriate for release to the public.”
Christian Davenport 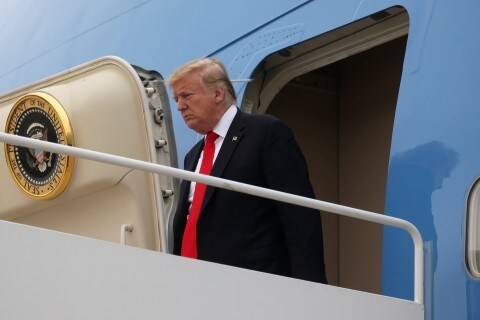 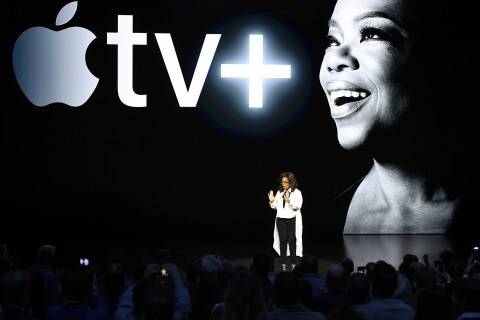 Not Even Apple Can Clean Up the Mess of Streaming TV
Apple has built a hub for all your content, no matter where it comes from or which app you use to watch it. It’s a very good idea, but the execution only serves to show how confusing and broken the TV landscape is.
Wall Street Journal 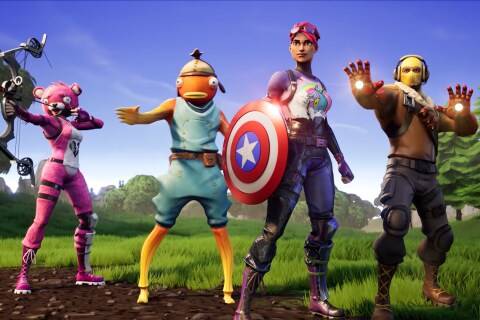 Top ‘Live-Streamers’ Get $50,000 an Hour to Play New Videogames Online
The world’s biggest videogame publishers are paying popular gamers tens of thousands of dollars to play their latest releases live over the internet, hoping to break through to buyers in a crowded industry where dominant games like “Fortnite” cast a large shadow.
Wall Street Journal 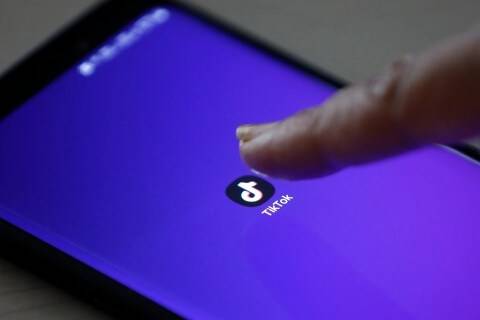 The Newest TikTok Celebrities: Security Guards Passing the Time
Millions of fans of the social-media app are fascinated with #securitylife, where guards’ videos are more popular than #lawyers, #dentists and #senators; ‘The Glamma’
Wall Street Journal
WIRED IN
Subscriber sign in