Democratic presidential candidates are criticizing the Federal Communications Commission chairman’s decision to greenlight the merger of T-Mobile and Sprint -- the latest sign that antitrust issues are core to many of their 2020 platforms.

Sen. Bernie Sanders (I-Vt.) and Sen. Amy Klobuchar (D-Minn.) say a merger of the telecommunications giants would leave consumers with fewer choices. “The merger between T-Mobile and Sprint will lead to higher prices and fewer choices for consumers and some 30,000 lost jobs,” said Sarah Ford, a spokeswoman for Sanders.

Klobuchar, who is expected to publish a book on antitrust issues later this year, said the deal could harm competition. “T-Mobile has long been a competitive disruptor in the market, bringing down prices and spurring innovation,” Klobuchar said in a statement. “I don’t think going from four to three major carriers will be good for competition in the long term.”

So far, the question of breaking up Facebook has been the primary focus of the antitrust debate among those seeking the Democratic nomination. But the recent pushback against the Sprint and T-Mobile merger underscores how their fight against corporate consolidation extends far beyond Silicon Valley.

Expect more of this: It could be a key way to rally their base and distinguish their economic message from President Trump’s -- especially if his administration allows the telecommunications giants to merge.

“When Bernie is in the White House, he will aggressively stand up to monopolies in all industries, including telecommunications, by breaking up existing monopolies and placing moratoriums on mergers in highly concentrated industries,” Ford told me in a statement. “We live in an era of unchecked corporate power. It’s time to take that power back for the people.”

Although Sanders and Klobuchar were the only ones to weigh in on Monday after FCC chairman Ajit Pai publicly voiced support for the $26 billion merger yesterday, other 2020 contenders are on record criticizing the deal. Earlier this year, Klobuchar, Sanders, Sens. Kirsten Gillibrand (D-N.Y.), Elizabeth Warren (D-Mass.) and Cory Booker (D-N.J.) were among the Democratic senators who sent a letter to Pai, calling on the agency to reject the deal. They also sent a similar letter to the Justice Department.

The merger is “likely to raise prices for consumers, harm workers, stifle competition, exacerbate the digital divide, and undermine innovation,” the senators wrote in their previous letter. Representatives for Gillibrand, Warren and Booker did not imemdiately respond to requests for comment.

Pai's decision was based on commitments the companies made to expand rural broadband service; build a 5G network; and sell off Boost Mobile, a product that sells prepaid phone services. Brendan Carr, another Republican commissioner, announced yesterday he also supported the deal.

Yet for the Sprint T-Mobile merger to emerge as the emblem of the Democrats’ resistance to Trump’s positions on corporate consolidation, it has to actually take place. While Pai gave the OK, the Justice Department could still move to block the deal. And yesterday, Bloomberg News reported that the agency is leaning against approving the merger because of competition concerns. The Commerce Department yesterday granted Huawei a license to buy U.S. goods until August 19 in order to maintain existing phone networks and provide software updates to Huawei firms. The move signals the department is temporarily easing a decision it made last week to blacklist the company from business with U.S. suppliers.

Huawei is still barred from buying American-made hardware and software to make new products without other licenses, which can be harder to get.

U.S. Secretary of Commerce Wilbur Ross said in a statement on Monday that the temporary license was intended to give telecom operators dependent on Huawei equiptment time to find altenratives.

After the announcement, Google reversed its earlier decision to cut ties with Huawei, CNBC's Sam Meredith reports. With the new exemption, Google can send software updates to Huawei phones for the next 90 days.

Intel has revealed another hardware security flaw that could affects millions of machines around the world. (AP Photo/Richard Drew, File)

NIBBLES: The U.S. has significantly slowed down approvals for semiconductor companies to hire Chinese nationals -- creating delays that are limiting the companies' access to key talent, the Wall Street Journal's Asa Fitch writes.

The slowdown began last year, and it's impacted hundreds of jobs at companies such as Intel, Qualcomm and Globalfoundries. These companies have seen limits in their abilities to hire Chinese employees, and they've also impeded their ability to move existing employees to the United States. Chinese nationals account for a large share of non-U.S. citizens hired for these technical roles.

For decades, people from China, Russia, Iran and other countries have had to get approval to work on essential technologies. The Commerce Department effectively considers these assignments an export because these workers could take their knowledge about a product home. These approvals used to take weeks, but now it's not unusual for it to take six to eight months, Asa reports.

“There have been longer delays that have led us to lose candidates we thought were critical,” one industry insider told Asa. Trump has spent $4.9 million on Facebook ads, while all 23 Democratic presidential candidates combined have spent $9.6 million. Warren currently leads the 2020 Dems in total Facebook ad spending, followed by Harris and former vice president Joe Biden. None of the Democrats have spent more than $1.5 million.

A bulk of Trump's spending came earlier in the year, when the 2020 Democratic field was much more narrow. There are signs that Democrats' Facebook spending could pick up. Biden has outspent Trump in the last several weeks on Facebook advertising, funneling hundreds of thousands of dollars into the ads.

“For a long time, Trump was running an intensive campaign that no one was paying attention to,” said Mike Schneider, a partner at Bully Pulpit Interactive, a Democratic political and brand communications firm that is tracking Facebook spending by the presidential candidates, told the Times. “And while Democrats have picked up their efforts, they’re fighting over the same group of supporters while he’s broadly expanding his base,” Mr. Schneider said. 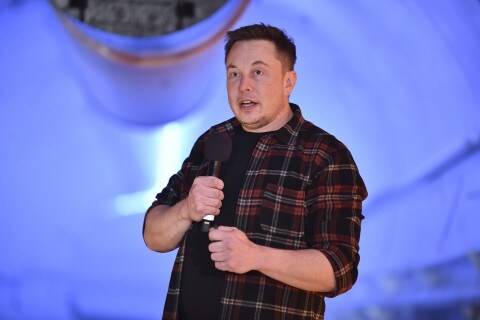 U.S. Stocks Dragged Down by Tech Sector
Shares of tech companies fell after some U.S. businesses moved to comply with the Trump administration’s decision to put Huawei Technologies on a trade blacklist, pushing the S&P 500 lower to start the week.
Wall Street Journal 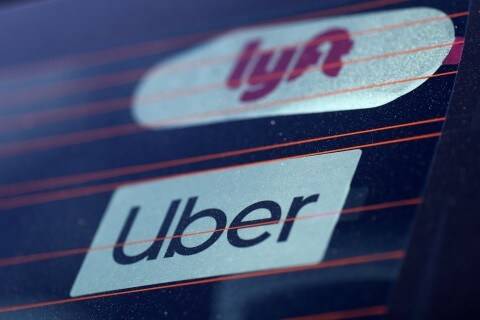 Uber, Lyft drivers manipulate fares at Reagan National causing artificial price surges
Every night, several times a night, Uber and Lyft drivers at Reagan National Airport simultaneously turn off their ride share apps for a minute or two to trick the app into thinking there are no drivers available---creating a price surge. When the fare goes high enough, the drivers turn their apps back on and lock into the higher fare. It's happening in the Uber and Lyft parking lot outside Reagan National airport.
WJLA 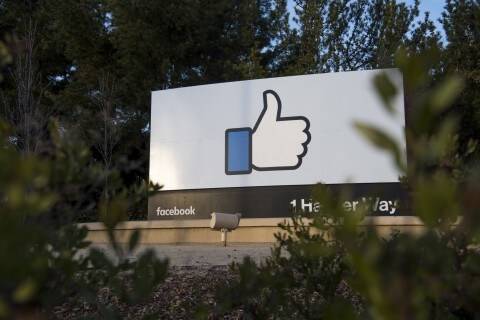 Inside Facebook's New Robotics Lab, Where AI and Machines Friend One Another
The social network has a plan to merge the worlds of artificial intelligence and real-world machines, so that both may grow more powerful.
Wired 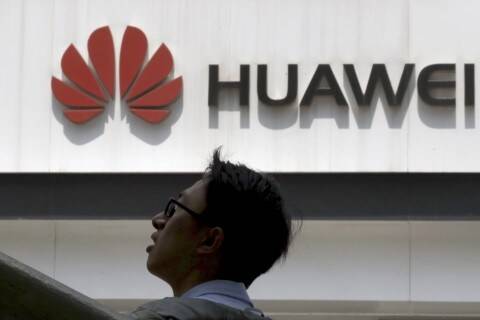 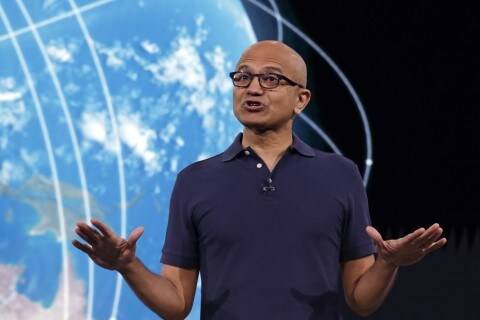 Microsoft wants a US privacy law that puts the burden on tech companies
Europe's privacy law went into effect nearly a year ago. It’s time for the US to catch up, the tech giant says.
CNET 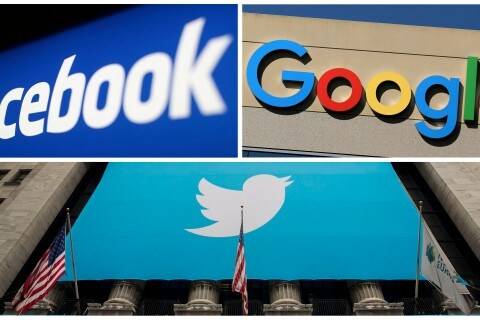 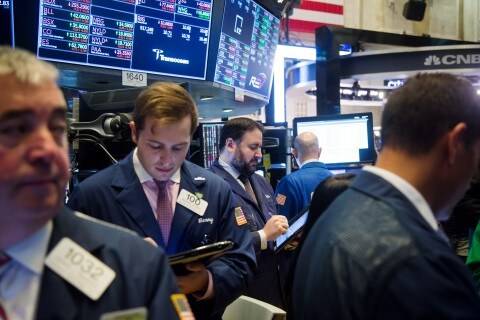 Broadcom Chip Unit Targeted in Widening U.S. Antitrust Probe
U.S. antitrust officials investigating Broadcom Inc. are significantly broadening their scrutiny to focus on whether the chipmaker abused its dominance to sell some of its most important semiconductor products, according to documents and a person familiar with the probe.
Bloomberg
#TRENDING 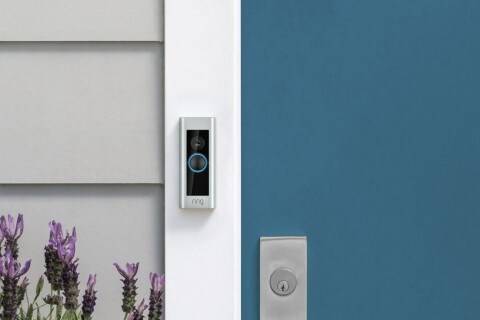 ‘Better Than TV’: Doorbell Camera Owners Obsess Over the Wildlife at Their Doors
Some people are using their smart doorbells as nature cameras, checking the video all day long to see the menagerie of lizards, raccoons, snakes and other creatures in their yards.
Wall Street Journal 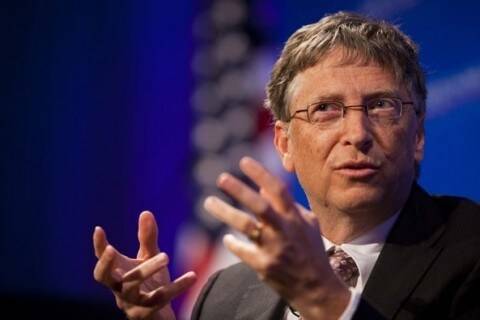 Looking for a summer read? Bill Gates recommends these five books.
I always like to pick out a bunch of books to bring with me whenever I get ready to go on vacation. More often than not, I end up taking more books than I could possibly read on one trip.
Bill Gates 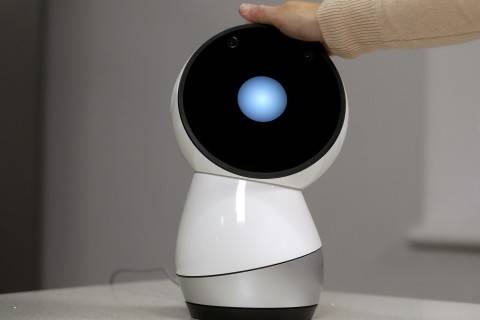 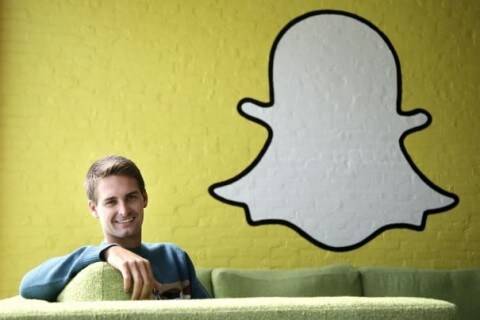