The viral spread last week of a crudely doctored video of House Speaker Nancy Pelosi highlighted the lack of preparation by the United States for the next frontier in disinformation.

The Pelosi footage wasn't a deepfake, or videos doctored with artificial intelligence to make it appear people are doing or saying things they never did. But the video -- altered to make Pelosi appear drunk through slowing down the footage and appearing to alter the speaker's pitch -- showed just how quickly even something supposedly less egregious could ricochet through all corners of the Internet.

And it is a cautionary tale about what's to come: If a doctored video could go viral and be shared by a top associate of the president, experts warn disinformation challenges may only intensify as deepfake technology advances and becomes more common.

Rep. Will Hurd (R-Texas), a former Central Intelligence Agency officer, warned on CBS;s "Face The Nation" that the country isn’t prepared for the coming onslaught.

“This wasn’t even a deepfake,” Hurd said on Sunday. “In this case, at least we had the original to compare the two and recognize that it was doctored in a former fashion. Soon -- I think within months -- we’re going to see this deepfake technology continue to grow, we’re going to see that more and we’re not prepared.”

There’s broad agreement in Washington that there will be a repeat of disinformation tactics ahead of the 2020 elections. But Hurd’s comments underscore that little effort has been made in Washington to get ahead of  new the tactics bad actors may use to sway public opinion.

“We have old laws to decide how you handle disinformation. You have leaders that don’t understand how this technology can be used in the future,” Hurd said. “This goes back into this whole conversation about disinformation and how are we dealing with it.”

There have been previous efforts on Capitol Hill to spotlight deepfakes. Last year, senators pressed executives from Facebook and Twitter about the technology in a hearing about election security.Sen. Marco Rubio (R-Fla.) and Sen. Mark Warner (D-Va.) in 2018 warned the technology could send the disinformation crisis into overdrive. Warner floated the idea of holding social media platforms liable for failure to take down deepfakes in a widely circulated policy paper last summer.

But recently, there's been less pressure on the issue on the Hill. Last week when the House held a hearing with technology company executives about election security, there was little curiosity from lawmakers on how disinformation threats are evolving. The panel instead focused its time on the issue of alleged anti-conservative bias on social media platforms.

On Sunday's show, Hurd made the case that government and social media companies -- as well as the media and academia -- are going to have to work together to address these new challenges. However, it's unclear what role the social media companies will play in policing deepfakes without intervention from lawmakers.

The Pelosi video also highlighted how the platforms have a wide range of different policies when it comes to removing false content. The Pelosi video gained much of it its audience from Facebook. However, the company refused to remove the video, acknowledging it was fake but saying it didn't violate the company's policies.

Meanwhile, YouTube removed the Pelosi videos because they violated “clear policies that outline what content is not acceptable to post.” Twitter declined to comment, but my colleague Drew Harwell noted sharing the video would likely not violate the company’s policies, which allow “inaccurate statements about an elected official” as long as they don’t include efforts of election manipulation or voter suppression.

The viral Pelosi incident could ramp up lawmakers' scrutiny of the diverging company policies on false information. Rep. David Cicilline (D-R.I.), one of Facebook's top critics in Washington, called the company out on Twitter for leaving the video up:

Hey @facebook, you are screwing up. Again. Fix this now! https://t.co/YyBQV2j6EI

And from Sen. Brian Schatz (D-Hawaii):

Facebook is very responsive to my office when I want to talk about federal legislation and suddenly get marbles in their mouths when we ask them about dealing with a fake video. It’s not that they cannot solve this; it’s that they refuse to do what is necessary. A man takes a photo next to a Huawei advertisement in a Huawei store in Shanghai on May 22, 2019. (Photo by Hector RETAMAL / AFP)HECTOR RETAMAL/AFP/Getty Images

BITS: Huawei's European customers are caught in the middle of a trade war between the U.S. and China. They're unsure how the Trump administration's order targeting the Chinese telecommunications company will impact Android support to popular phones made by Huawei, Amie Tsang and Adam Satariano report in the New York Times.

"The move by Google this week to cut off Android support to phones made by Huawei, the Chinese telecom giant, will hobble their European users and highlights how deeply the Continent relies on American and Chinese companies for gadgets, apps and internet services," the New York Times reports.

Google’s move is “potentially catastrophic” for Huawei’s ambitions in Europe, Ben Stanton, a senior analyst at Canalys, a research firm, told the Times.

The Trump administration issued an executive order earlier this month barring U.S. firms from using Chinese telecommunications equipment that could pose a threat to U.S. national security, which it has accused Huawei of doing. But the Times notes U.S. restrictions on Huawei's business will likely impact European customers more than Americans or Chinese citizens. That's because Huawei equipment isn't widely available in the U.S., and U.S. tech services are largely banned in China.

"But [Huawei phones] are best sellers in countries like Greece, Portugal and Spain," the Times notes. "Those phones, plus robust sales of telecommunications equipment, have made the market covering Europe, the Middle East and Africa into Huawei’s second biggest after China. It accounted for 28 percent of Huawei’s revenue in 2018, compared with 7 percent from the Americas." NIBBLES: Temps and contract workers now outnumber full-time employees at Google, underscoring how the tech company relies heavily on a shadow workforce around the world that does not enjoy the same benefits and pay as its full-time workers, Daisuke Wakabayashi writes in the New York Times.

"High-tech companies have long promoted the idea that they are egalitarian, idyllic workplaces. And Google, perhaps more than any other, has represented that image, with a reputation for enviable salaries and benefits and lavish perks," Daisuke writes. "But the company’s increasing reliance on temps and contractors has some Google employees wondering if management is undermining its carefully crafted culture."

As of March, Google had 102,000 full-time employees around the world. But it was working with roughly 121,000 contractors.

Contractors often work alongside full-time employees, but they make less, have different benefit plans and have no vacation time in the U.S. As Google employees become more engaged in activism, giving these workers better treatment has been a priority. Those benefits were included last year in employee demands when they staged a walkout related to the company's handling of sexual harassment last year.

“It’s time to end the two-tier system that treats some workers as expendable,” the walkout organizers wrote on Twitter in March.

BYTES: A top Apple executive pushed back on Google chief executive Sundar Pichai's stance that privacy shouldn't be a "luxury good" in an interview with The Independent's Andrew Griffin.

"On the one hand gratifying that other companies in space over the last few months, seemed to be making a lot of positive noises about caring about privacy. I think it's a deeper issue than then, what a couple of months and a couple of press releases would make. I think you've got to look fundamentally at company cultures and values and business model. And those don't change overnight."

"But we certainly seek to both set a great example for the world to show what's possible to raise people's expectations about what they should expect the products, whether they get them from us or from other people. And of course, we love, ultimately, to sell Apple products to everyone we possibly could certainly not just a luxury, we think a great product experience is something everyone should have. So we aspire to develop those."

In a recent New York Times op-ed about privacy, Pichai wrote, "privacy cannot be a luxury good offered only to people who can afford to buy premium products and services. Privacy must be equally available to everyone in the world."

Though the Google chief executive never directly mentioned Apple -- it was clear he was taking a jab at the smartphone maker, which has been positioning itself as the most privacy-focused of its industry peers. Apple charges a higher price point for its phones and services than other technology companies, but it says it does not engage in the same broad data collection practices of some of its peers who have similar offerings at lower price points. 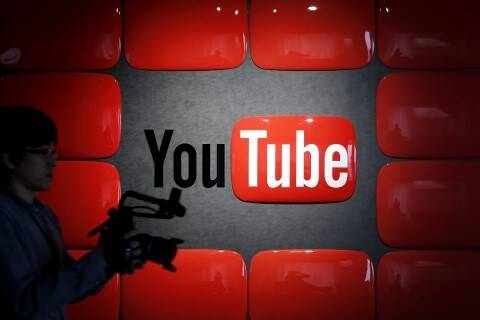 HobbyKidsTV, YouTube, and the New World of Child Stars
One family's video empire shows what it takes to shield young YouTube stars from the platform's dark side.
Bloomberg 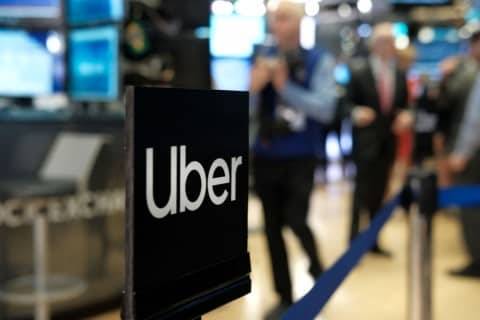 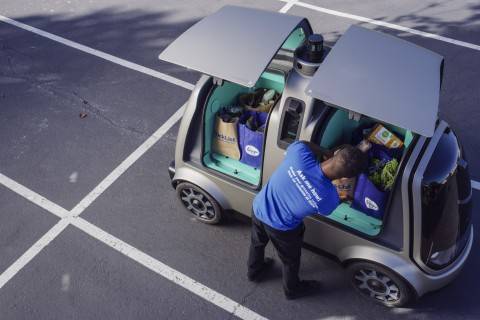 Driverless Delivery Vans Are Here as Production Begins in China
Forget drones. The future of deliveries may be robo-vans.
Bloomberg News 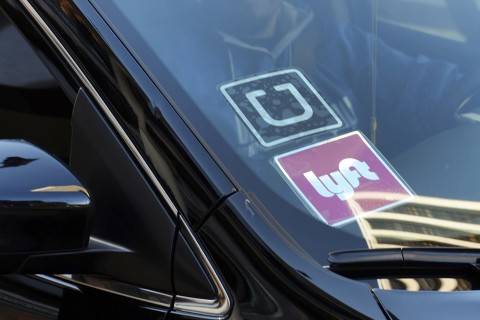 Silicon Valley Needs a Few Good CFOs
As more startups turn into large, complex firms, many are looking to hire a finance chief who can impose financial discipline and bring a new level of managerial expertise. Problem is, such talent is in short supply.
Wall Street Journal
PUBLIC CLOUD

Tech news from the public sector: 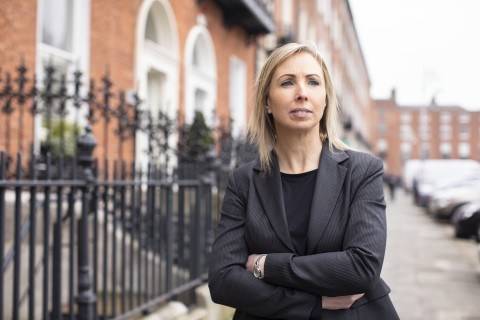 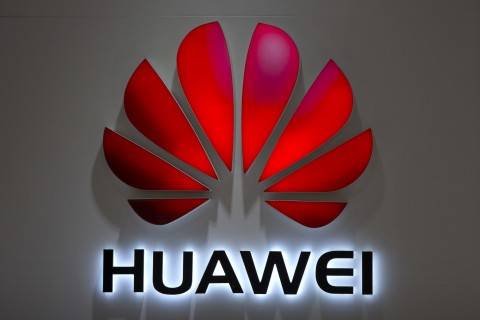 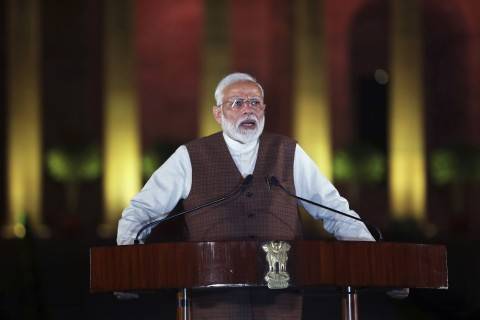 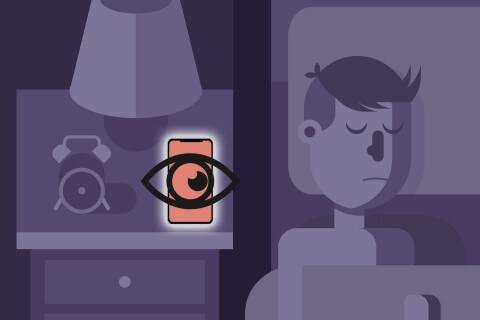 Consumer Tech
It’s the middle of the night. Do you know who your iPhone is talking to?
We ran a privacy experiment to see how many hidden trackers are running from the apps on our iPhone. The tally is astounding.
Geoffrey Fowler 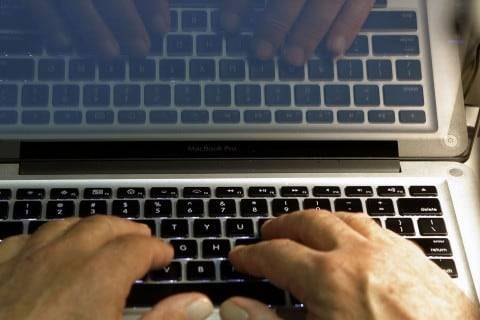 How Convicts Ordered to Stay Offline Try to Slip Their Digital Leashes
A hacker and a sex offender share what happened when they sought to trick the probation officers monitoring them.
New York Times 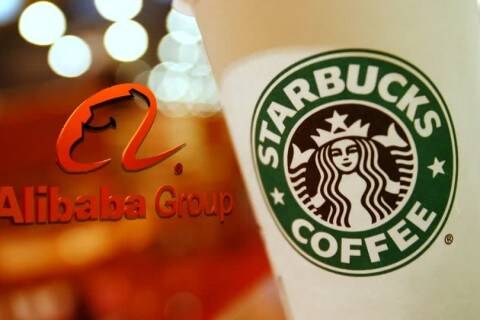 Food Delivery Apps Are Drowning China in Plastic
The noodles and barbecue arrive within 30 minutes. The containers they come in could be around for hundreds of years thereafter.
New York Times
Subscriber sign in