The Technology 202: Apple may not be able to escape political peril in Washington anymore Apple may not be able to dodge the oncoming wave of political peril in Washington facing its rivals.

Take the events of just the past 20 hours: House lawmakers announced a sweeping investigation of tech titans to determine whether they are stifling competition and harming consumers — which could include Apple. The Justice Department is reportedly now considering a probe of Apple as part of a broader antitrust review of the tech industry.

And now Sen. Josh Hawley (R-Mo.) is turning up the heat on Apple chief executive Tim Cook. Just a day after the company tried to position itself as the privacy-friendly tech titan at its developers’ conference, Hawley is sending a letter demanding the company “do better” after a Washington Post investigation found iPhone apps harvested vast swaths of data about customers without their explicit consent.

The smartphone giant has largely managed to stay above the fray as rivals like Facebook and Google took a political beating in recent years. But the drumbeat of pressure from regulators and Congress shows Apple is no longer immune to “techlash.”

Rep. David N. Cicilline (D-R.I.), the leader of the House’s top antitrust subcommittee, said it’s a “monopoly moment” for the tech industry. He likened “his committee’s investigation into Amazon, Apple, Facebook, Google and their tech peers to past congressional probes of airlines and phone providers, each of which resulted in a fine-tuning of the nation’s antitrust laws,” my colleagues Tony Romm and Elizabeth Dwoskin reported.

“It’s a top to bottom review of the tech sector,” Richard Luchette, a Cicilline spokesman, told me last night.

Politicians such as President Trump have previously focused on Facebook, Google and Amazon in their calls for greater oversight of antitrust in the tech industry. But as my colleague Reed Albergotti reported yesterday, concerns that Apple is stifling competition are mounting.

Some have challenged the way Apple runs its App Store -- because critics say the 30 percent cut Apple collects is unreasonably high and hurts developers. The Supreme Court recently ruled that consumers could sue the company for potential antitrust violations in the App Store.

The scrutiny isn't limited to the United States -- Spotify has brought forward a complaint to the European Commission claiming Apple is using its status as “a player and referee to deliberately disadvantage other app developers."

Apple has been on the defensive amid the increased scrutiny, especially as it increasingly invests in its own services that will compete with companies that rely on the App Store for distribution, such as Netflix or video game makers. The company recently launched a website touting the ways it welcomes competition and benefits third-party developers. The company did not respond to requests for comment for this article.

Apple has so far been able to escape Washington's glare as privacy scandals plagued social media companies since the fallout of the 2016 election. After the Russian operation to leverage social media sites to influence voters, other companies grappled with increased scrutiny of their data collection and privacy practices practices. Apple distanced itself from the fracas -- it's core business isn't advertising like other tech giants, so it touted a privacy-focused mission.

That strategy was on display Monday as Apple unveiled new privacy-focused features. It's launching a new sign-in tool to compete with Facebook and Google that is designed to authenticate apps while sharing a minimum of personal data. The company also unveiled a feature to allow users to track their location only once rather than anytime they use the app. The company also will block the ability for third parties to track iPhone users’ WiFi and Bluetooth signals.

But that might not be enough to satisfy lawmakers. Hawley praised the new privacy features in his letter to Cook, but he said the company can still use its position as manager of the App Store to force better privacy practices in the industry.

"Recent reports reveal that the App Store does not stop developers from hiding software in their apps designed to track users and harvest massive amounts of data unrelated to app functionality," Hawley wrote. "To use your own words, we 'never signed up for that.'"

Hawley wants Apple to overhaul its App Store policies and require third-party developers to promise that they will not collect data from customers who activate a "Limit Ad Tracking" feature.

Hawley said Apple is in a position to act before lawmakers do -- but congressional action is an option. He is currently trying to pass "Do Not Track" legislation in Congress that would mandate companies to not track users who opt out.

Presidential historians struggled to name a similar threat from a U.S. president -- even from presidents known to be antagonistic to the press like Richard Nixon. Past U.S. presidents have rarely taken swipes at owners of American news organizations -- but leaders in less democratic countries sometimes use regulatory action to punish news organizations for unflattering coverage.

“For a president to call for punitive action against a corporation in an effort to shape news coverage is, to say the least, highly unusual,” presidential biographer Jon Meacham told my colleagues. “It’s the kind of behavior more commonly associated with authoritarian regimes, not democratic ones.”

Trump’s tweets had no immediate impact on the value of AT&T. The company’s stock ended the trading day up nearly 1.7 percent -- even on a rocky day on Wall Street.

“AT&T’s stock would have swooned in response,” industry analyst Craig Moffett told my colleagues. “Now, investors, and just about everyone else, simply roll their eyes and go about their day. The stock market’s yawn in response to this morning’s tweet tells you everything you need to know.”

The President is on foreign soil advocating boycotting an American company because the press isn't covering him favorably. Un-be-lievable. https://t.co/IiK9MgBiFc NIBBLES: YouTube's algorithm has been sweeping up home videos of unwitting families into a catalog that experts say sexualizes children, the New York Times's Max Fisher and Amanda Taub write. In many cases, YouTube recommends these videos after people watch other sexually themed content on the website.

“It’s YouTube’s algorithm that connects these channels,” Jonas Kaiser, one of three researchers at Harvard’s Berkman Klein Center for Internet and Society who found the videos while studying YouTube, told the New York Times. “That’s the scary thing.”

The reporters detail the experience of Christine C., who uploaded what she called an "innocent" video of her daughter and a friend playing in the pool. But the video swifty attracted 400,000 views -- alarming the mother. YouTube's algorithms had been recommending the video to people who watched other videos of prepubescent, partially clothed children, the team of researchers found.

YouTube's systems recommended these videos even after other news outlets had reported the company has a pedophile problem. At the time, YouTube disabled comments on many videos with children in them. But its controversial recommendation engine remained.

It wasn't the company's intention to serve pedophiles, but ultimately, Kaiser told the New York Times its algorithms kept them watching with recommendations that he called “disturbingly on point.” BYTES: Russian officials have ordered the dating app Tinder to hand over user data and messages to the government and intelligece agencies, according to the Wall Street Journal's Georgi Kantchev. The move comes as the Kremlin is increasingly cracking down on online activity.

Roskomnadzor, Russia's communication censor, added the dating app to a list of services that are required to store communications and other data and hand them over to the government. The apps on this list are also required to hand over encryption keys in to the country's securtiy agencies, including the Federal Security Service.

"The move comes amid a spate of legislation Moscow has adopted recently aimed at strengthening its control over the internet, raising alarm among civil-rights and free-speech advocates," Kantchev writes. "Online services like Facebook, Twitter and Snapchat have recently been a subject to increasingly stringent requirements in Russia regarding their user data."

Russian officials say the broad requirements are aimed at thwarting terrorism and cyber attacks. In May, Russian President Vladimir Putin signed a law that would make it possible for the country to splinter from the global internet -- much like China.

“Authorities want to control everything that happens online, even dating,” Alexander Isavnin, representative of internet rights group Roskomsvoboda, told the Journal. “It’s like in Soviet times.” 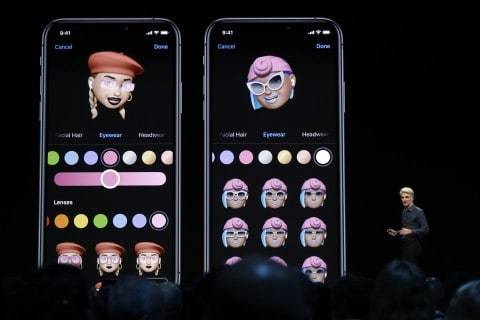 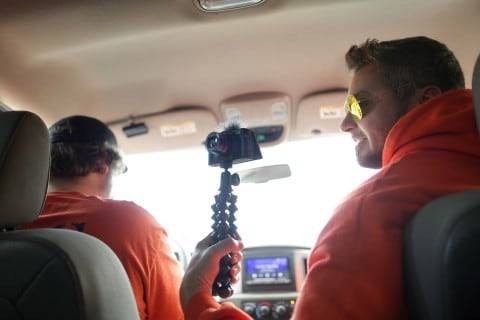 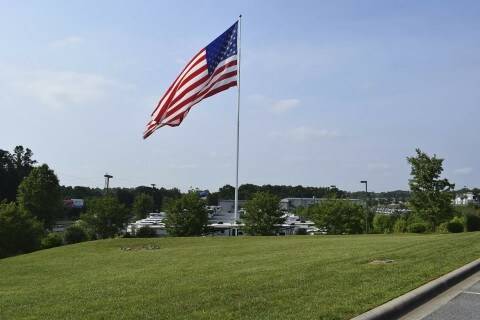 Does the U.S. Need a Cabinet-Level Department of Cybersecurity?
Two experts square off. One says a new department can coordinate the nation’s defenses. One says it would only weaken those defenses.
Wall Street Journal 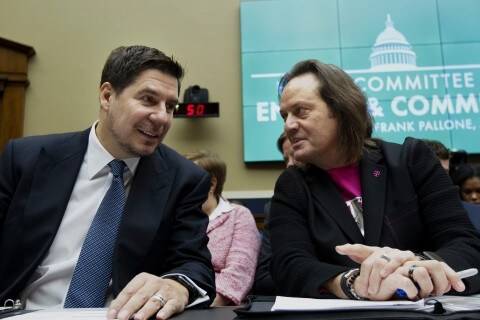