Publishers will tell Congress that Big Tech's dominance presents a “potentially existential” threat to the future of the news industry. The news industry's troubles are the first thing on House lawmakers' agenda as they begin to probe the tech industry's power with a series of hearings that kick off today.

David Chavern, the president and chief executive the News Media Alliance, will warn lawmakers that people getting their news from Google and Facebook instead of news publishers directly “threatens to bring to naught” the investments newspapers are making in digital news, according to prepared testimony reviewed by The Technology 202.

Chavern, whose organization represents about 2,000 publications including The Washington Post, objects to the idea that Google and Facebook make big advertising dollars from this arrangement — and that news publishers have little leverage to negotiate to try to get a piece of that pie.

“The digital news ecosystem doesn’t work for news publishing,” Chavern told me. “It’s not really about policies of any one tech platform. It’s about the fact that while they benefit from this content, they don’t value it.”

Publishers are seizing on an unprecedented wave of antitrust scrutiny in Washington to convince lawmakers to intervene and protect media businesses — especially local news. As politicians float heavy-handed proposals to bring down the hammer on the tech industry's power, they're pushing legislation they've long fought for — to give newspapers more power to negotiate with Big Tech.

The News Media Alliance is calling on Congress to give newspapers an exemption from antitrust laws to allow publications to band together and attempt to negotiate better revenue-sharing deals with Google and Facebook.

“The current antitrust laws protect Google and Facebook from us,” Chavern said in an interview. “No one individual publisher really has the power or capacity to successfully negotiate with the platforms.”

Providing media companies with a safe harbor has been a key issue for Rep. David Cicilline, the Rhode Island Democrat who chairs the House Judiciary antitrust subcommittee that is helming the congressional probe into the market power of the tech companies. He has introduced the bipartisan The Journalism Competition and Preservation Act with Rep. Douglas A. Collins (Ga.), the House Judiciary Committee’s top Republican, to grant publishers a four-year safe harbor from antitrust laws so they can get better content licensing or revenue sharing deals with the tech platforms.

“It grows out of a recognition that we need to do something to give local media, local news publishers the ability to survive,” Cicilline said of the legislation at a recent Post Live event.

The House panel's decision to focus on the tech industry's threat to local news in its first hearing about Silicon Valley's impact on competition signals that lawmakers are striking a bipartisan tone as they begin to probe Big Tech's power. Even at a time when large national media companies like CNN are under unprecedented attacks from the Trump administration, Republicans and Democrats are signaling they’re willing to work together to protect local news.

Kevin Riley, the editor of the Atlanta Journal-Constitution who will also testify today, says he has faith that lawmakers will realize the future of news shouldn’t be an issue divided by party lines.

“I’m really hoping what people can see that this is not a partisan issue,” Riley told me. “Politicians tend to complain about the media, but they tend to like their local media.”

But while lawmakers from both parties appear to be in agreement that it's time to protect local news, key stakeholders will not be at today's hearing. No tech companies are on the witness list. Other witnesses include Public Knowledge president Gene Kimmelman, Open Markets Institute director of enforcement strategy Sally Hubbard, Computer and Communications Industry Association vice president of law and policy Matthew Schruers and News Corp general counsel David Pitofsky.

Passengers boarding an SAS flight to Copenhagen use a new biometric facial recognition scanner instead of a boarding pass in September 2018. (Bill O'Leary/The Washington Post)

BITS: U.S. Customs and Border Protection says photos of travelers were compromised in a "malicious cyberattack," my colleagues Drew Harwell and Geoffrey A. Fowler reported yesterday. The images were exposed during an attack on a federal subcontractor.

The agency says the images included license plates and faces. CBP captures vehicle photos at border crossings and airports, and it is currently expanding a facial recognition program at airports that monitors the identities of people coming and going from the country. The agency says fewer than 100,000 people were impacted and that no other identifying information -- including passports or other travel documentation -- was impacted.

Lawmakers are demanding answers from the agency, especially as worries mount on Capitol Hill about the government's increasing use of facial recognition technology. “This data breach raises serious concerns about the Department of Homeland Security’s ability to effectively safeguard the sensitive information it is collecting,” said Sen. Edward J. Markey (D-Mass.), top Democrat on the security subcommittee of the Commerce, Science and Transportation Committee. “It only underscores the urgent need for the Department of Homeland Security to pause its deployment of facial recognition technology until it has instituted enforceable rules prioritizing cybersecurity and protecting travelers’ privacy.”

Top Democrats in the House shared his concerns. “Government use of biometric and personal identifiable information can be valuable tools only if utilized properly. Unfortunately, this is the second major privacy breach at DHS this year,” said Rep. Bennie G. Thompson (D-MS), chairman of the Committee on Homeland Security. Thompson said he intends to hold hearings on DHS's use of biometric information next month.

So far, none of the images in the database have shown up on the “dark web,” according to a CBP statement. CBP disclosed the breach just hours after Geoffrey wrote in a column detailing the growing use of facial recognition at U.S. airports -- and the privacy tradeoffs that arise when people opt to use their faces as their boarding passes.

NIBBLES: Facebook chief executive Mark Zuckerberg tried to reach out to House Speaker Nancy Pelosi (D-Calif.) to discuss how his company is responding to misinformation, but Pelosi hasn't returned his calls, my colleagues Robert Costa and Elizabeth Dwoskin report.

Pelosi's cold shoulder highlights how frustrated she is with Facebook's decision to not remove an altered video, which was manipulated to slow down Pelosi's speech to make her appear drunk, according to people familiar with the exchanges who were not authorized to speak publicly. "According to the people familiar the matter, Pelosi has not been eager to hear Zuckerberg’s explanation for the company’s actions," my colleagues wrote.

Pelosi signaled her frustration with the company last month as she stepped up her attacks on Facebook, calling the company "willing enablers" of the Russian operation to influence the 2016 election.

The tension between the country's top Democrat and one of the world's most powerful businessmen highlights the broader strain between Facebook and the Democratic party. Several prominent Democrats running for president, including Sen. Elizabeth Warren (D-Mass.), have been calling for a break-up of Facebook on the campaign trail. A spokesperson for Pelosi declined to comment. Facebook declined to comment.

BYTES: President Trump escalated his attacks on Silicon Valley during an interview with CNBC yesterday -- suggesting “there is something going on in terms of monopoly” when asked about the giants' concentrated power. The president did not specify how he thinks regulators in the U.S. should address that potential monopoly power -- but he did have plenty of criticism for European regulators who he suggested have been profiting off multibillion-dollar fines against American tech companies in recent years.

Trump criticized E.U. regulators for going after “easy money” by suing Apple and other tech giants. The bloc slapped Apple with a $15 billion fine related to illegal tax benefits in 2015, and it hit Google with several multibillion-dollar fines in relation to antitrust violations.

Trump did not elaborate on what complaints the U.S. might bring against American tech companies but suggested that U.S. Attorney General William P. Barr would “look at it differently” from E.U. regulators. 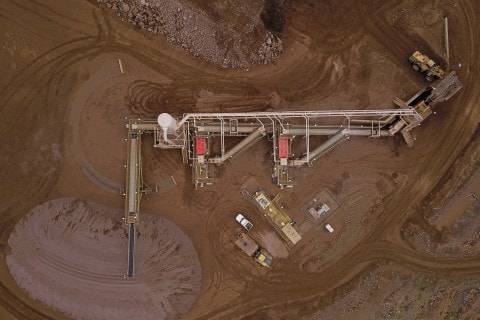 Business
China hints it will choke off U.S. ‘rare earths’ access. But it’s not that easy.
A California mine represents the United States’ hope of weathering any Chinese materials blockade.
David Lynch 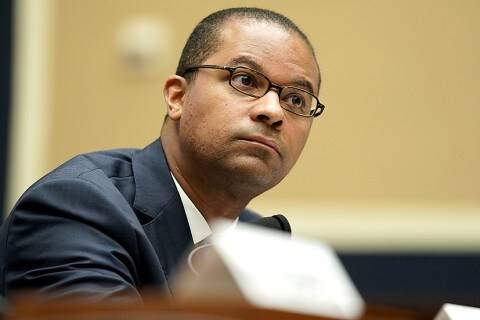 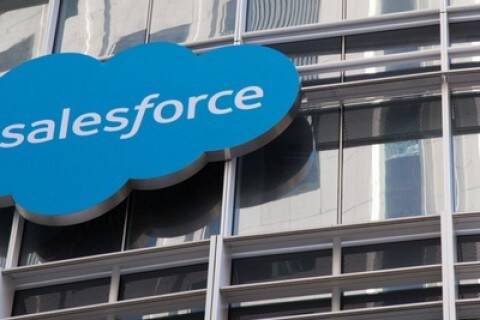 Why the Salesforce Acquisition of Tableau Matters to Government
Salesforce is positioning itself as more of a federal player with its purchase of Tableau.
NextGov 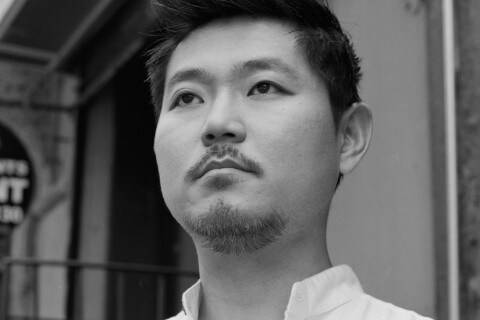 Anger at Big Tech Unites Noodle Pullers and Code Writers. Washington Is All Ears.
A wide range of companies are lining up to complain about Silicon Valley’s power as lawmakers and regulators step up their scrutiny of Big Tech.
The New York Times
PRIVATE CLOUD

-- Users searching for the “Mueller Report” yesterday morning found an information box calling the 448-page investigation “fiction,” my colleague Drew reports. The search error was fixed by 1 p.m., but Google did not offer an explanation as to why the result had appeared or how many users saw the result.

Google surfaced the “fiction” classification in an information box that is powered by the company’s “Knowledge Graph,” which pulls live information from a number of sources across the Web. It’s challenging to know how the error originated because the Knowledge Graph pulls from a variety of changing sources — including news reports and Wikipedia pages. The Wikipedia page for the Mueller document refers to it as an official report, Drew noted.

This isn't the first time that Google's Knowledge Graph has been criticized for surfacing false or misleading information to users. Google spokeswoman Lara Levin said in a statement to The Post: “The Knowledge Graph is our systems’ understanding of the people, places and things in the world. While we strive to always present accurate information, errors can occur. When we’re made aware of inaccuracies, we work to fix them quickly.”

It's fair to say that "When we’re made aware of inaccuracies, we work to fix them quickly" is unacceptable when misinformation reaches millions within minutes. https://t.co/ikvEPmUZgS From @washingtonpost "Google’s search tool falsely called Mueller report “fiction”" pic.twitter.com/ympK4RbxHp

Special counsel Robert S. Mueller III speaks on the investigation into Russian interference in the 2016 Presidential election on May 29. (Mandel Ngan/AFP/Getty Images) 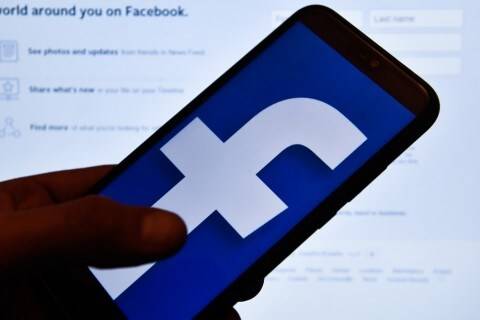 Facebook Quietly Changes Search Tool Used by Investigators, Abused By Companies
Facebook’s Graph Search allowed anyone to search a wealth of public data on Facebook in very specific ways, such as searching content for keywords in a particular point in time.
Vice 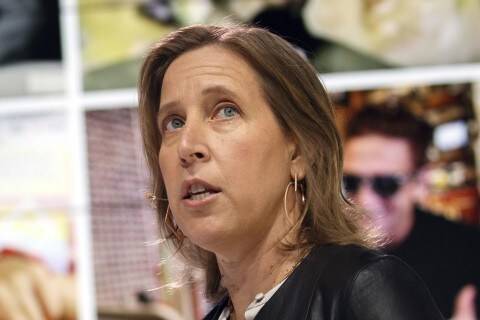 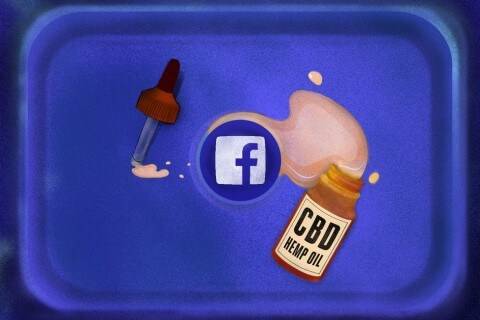 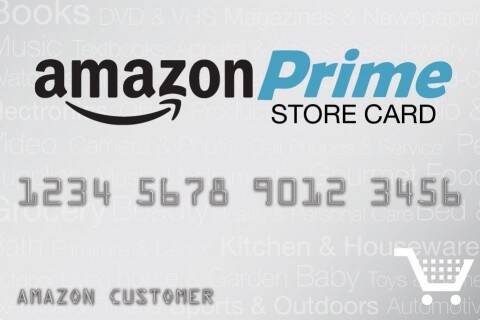 Amazon launches a credit card for the 'underbanked' with bad credit
Synchrony Bank and Amazon are partnering on a credit card for Prime members who might not have good enough credit to get one otherwise.
CNBC
#TRENDING 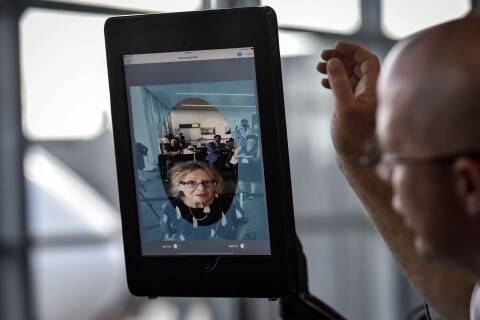 Consumer Tech
How to avoid facial recognition at the airport
U.S. citizens have the right to opt out of the growing use of face scans at the airport.
Geoffrey Fowler 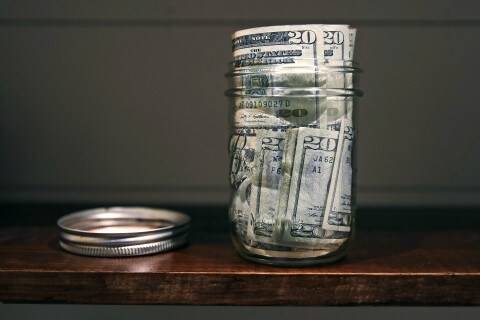 The Groups Where Thousands of Facebook Users Ask for Money
Peer-to-peer aid groups have become a lifeline for those who can’t cover small expenses.
The Atlantic 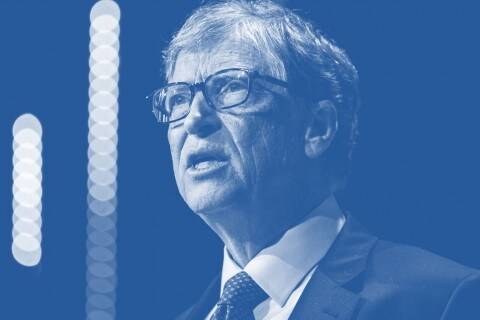