Silicon Valley’s congressman doesn’t think tech companies are working together enough to address disinformation. He wants to create a consortium to make that easier.

Just like banks work together to share data about common types of fraud, Rep. Ro Khanna (D-Calif.) says it’s time for Silicon Valley to have an equivalent alliance to share disinformation threats, as well as about hate speech and inflammatory content. Right now, he says a bad actor could be kicked off Facebook and just go open an account on Twitter. He wants to make sure the lines of communication are open among technology companies so they can have a more coordinated response to malicious actors.

Khanna tells me he's in the preliminary stages of drafting legislation to incentivize companies to participate in such an association. He says law enforcement would also participate and share declassified information with the companies.

“Social media companies were ill-equipped to detect a lot of the interference ahead of the 2016 election,” Khanna said. “They need more help from law enforcement agencies.”

Khanna is drafting this legislation as lawmakers from both parties are stepping up their oversight of Silicon Valley and regulating Big Tech is emerging as a rare bipartisan issue in Washington. While election security has become deeply partisan in the fallout of the 2016 election, lawmakers on both sides of the aisle are taking a closer look at the ways tech companies are addressing disinformation ahead of the 2020 elections.

Khanna says he’s engaged in “constructive” conversations about developing such an alliance with House Minority Leader Kevin McCarthy (R-Calif.), who Khanna says shares his concerns about disinformation on the platforms. A spokeswoman for McCarthy's office did not immediately respond to a request for comment.

Ensuring Silicon Valley companies have a more coordinated response to disinformation ahead of the 2020 election will be no easy task. The companies are very competitive with one another, have varied resources to address election security and have very different standards when it comes to handling disinformation on their platforms. That shifting standard was evident by the varied responses to a doctored video that made House Speaker Nancy Pelosi (D-Calif.) appear intoxicated. YouTube removed the video, while Facebook allowed the video to remain online with a prompt that notified viewers that there was additional reporting available.

Khanna says in addition to sharing threat information with each other, the consortium would allow tech companies to talk more directly about the big questions confronting the industry and develop norms together for dealing with thorny problems. He thinks that humanists, philosophers and legal scholars should also be part of that dialogue.

Many industries already have similar consortia where they share data about cybersecurity threats, and one already exists for information technology companies like Intel and Oracle. They're often industry-led initiatives, and other lawmakers, like Sen. Brian Schatz (D-Hawaii) have called for Internet platforms like Facebook and Google to create their own group.

Already, tech companies like Facebook, Twitter and Google do coordinate with each other when it comes to violent terrorist content, through the Global Internet Forum to Counter Terrorism. The companies recently coordinated their response to videos of the deadly shootings in New Zealand earlier this year through that group.

“One of the reasons we have seen so little in the way of accountability with the major social platforms is a lack of competition,” Warner wrote in a statement to the Technology 202. “One of the ways that Facebook has maintained the status quo is by closely monitoring user activity to spot trends and potential competitors, and moving to buy them out or adopt their innovative features for Facebook. It’s one of the reasons we need regulation, like interoperability legislation, that will encourage innovation, support competition, and actually give users more choices when it comes to social media.”

Warner’s comments followed a report from TechCrunch’s Josh Constine that revealed Facebook was reviving its paid market research program after shutting down similar programs earlier this year amid criticism. Facebook has previously come under scrutiny for using data from paid market research programs to quickly buy or mimic emerging competitors — so it was a bold move to revive it at the height of antitrust hand-wringing in Washington.

The new market research app, which can be used only by adults invited into the program, promises greater transparency from the company as to what data is being collected and how it's being used. But as Josh, TechCrunch’s editor-at-large, points out, the program is still a bit vague:

Facebook claims its new data snooping program is "transparent" yet it refused to say how much its will pay users for:
-What apps are on their phone
-What features they use
-How long they use themhttps://t.co/4VVQX8Faku
*tip @techmeme* pic.twitter.com/xd3Fjh75jT

Facebook's new app comes just four months after the company shut down its Research and Onavo programs following a TechCrunch report that revealed how the company was paying teens for their phone data. Lawmakers, including Warner, accused the company of spying on minors. Chinese President Xi Jinping is shown on a screen in front of logos of his country's leading Internet companies during the 2017 World Internet Conference in China. (Aly Song/Reuters)

NIBBLES: U.S. venture firms that once sought Chinese capital are now turning it down and asking investors to sell their stakes thanks to escalating U.S.-China tensions, reports Rolfe Winkler in the Wall Street Journal. The scare has pushed U.S. start-ups to try to divest Chinese investors and caused some major Chinese firms to decamp from Silicon Valley altogether.

Some China-backed venture capitalists have accused the Department of Defense of singling them out; others, like Chinese giant Baidu, have coped by restructuring their investments to avoid government scrutiny.

U.S. lawmakers and the FBI have raised red flags about the threat of Chinese venture firms stealing intellectual property from Silicon Valley start-ups and passing it back to the Chinese government.

“While many people in Washington understand the gravity of the threat, that’s not true across the country,” said Sen. Mark R. Warner (D-Va.), one of the members of the Senate Intelligence Committee who has been leading the charge in briefing American companies against intellectual-property theft.

Not all of Silicon Valley is buying it. Rolfe talked to venture investors who said the heavy-handed approach out of Washington is an overreaction that is cutting off the industry from important capital.

BYTES: The top antitrust regulator at the Justice Department has a warning for Big Tech: Having free or really cheap products won’t protect you from greater antitrust scrutiny, according to a report from Bloomberg’s Ben Brody.

“The antitrust division does not take a myopic view of competition,” Assistant Attorney General Makan Delrahim said in a speech today. “Price effects alone do not provide a complete picture of market dynamics, especially in digital markets in which the profit-maximizing price is zero.” Delrahim offered that antitrust laws should work to protect competition when evaluating mergers and that “harm to innovation” can hurt consumers.

Delrahim blasted the tech giants as “digital gatekeepers” and signaled that as his agency steps up its oversight of Google and Apple, it will be looking to the past for information. Delrahim told the crowd that he did not “pretend to have all of the answers today” but pointed to a few choice examples to demonstrate a “long history of trustbusting in emerging and technologically advanced markets” by the United States. Most notably, Delrahim employed the example of the 1998 Microsoft case that forced the firm to allow rival Internet browsers on its operating system. The action paved the way for companies like Google but ultimately left Microsoft intact. The examples of Standard Oil and AT&T offered more direct analogies for the potential Big Tech breakup called for by Democrats. 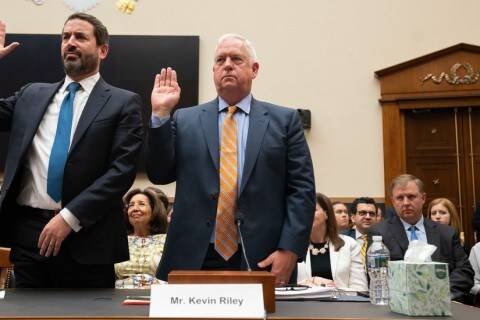 House Opens Tech Antitrust Inquiry With Look at Threat to News Media
Local journalism has been pushed “to the verge of extinction,” said a member of a committee that plans 18 months of hearings and other scrutiny of the big technology platforms.
The New York Times 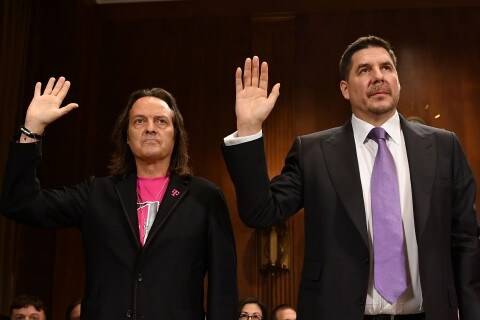 State attorneys general sue to block merger between Sprint and T-Mobile
Nine states and the District of Columbia filed a lawsuit Tuesday to block the proposed merger of T-Mobile and Sprint, saying that the combination of the country’s third- and fourth-largest wireless carriers would threaten competition and harm consumers.
Tony Romm 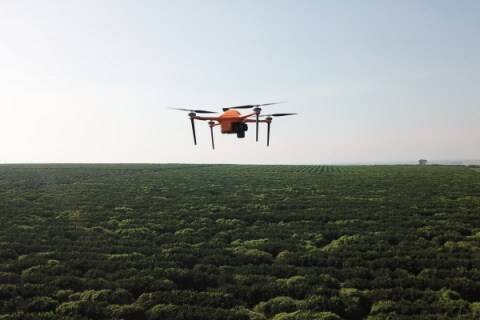 Europe publishes common drone rules, giving operators a year to prepare
Europe has today published common rules for the use of drones. The European Union Aviation Safety Agency (EASA) says the regulations, which will apply universally across the region, are intended to help drone operators of all stripes have a clear understanding of what is and is not allowed. Having …
TechCrunch
PRIVATE CLOUD 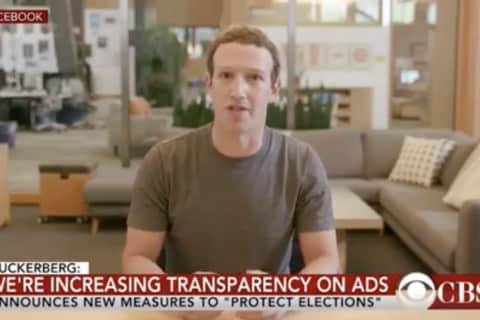 Morning Mix
Facebook wouldn’t delete an altered video of Nancy Pelosi. What about one of Mark Zuckerberg?
Instagram, which is owned by Facebook, said Tuesday it would not take down the fake Zuckerberg video.
Allyson Chiu 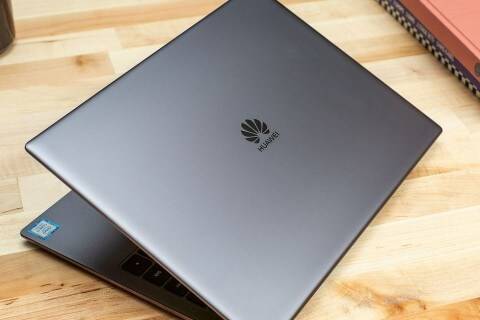 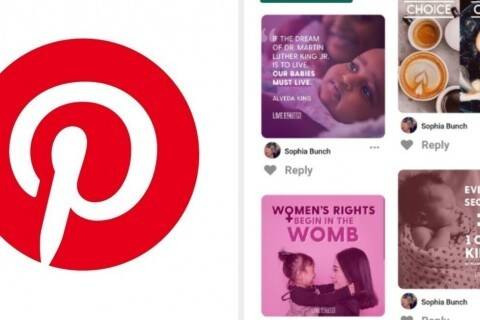 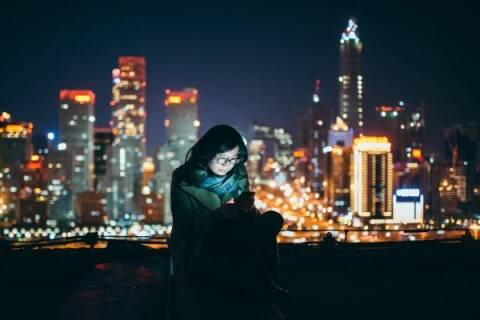 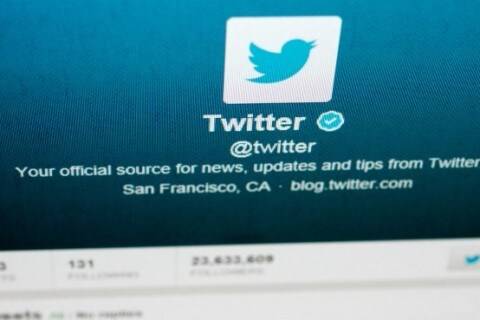 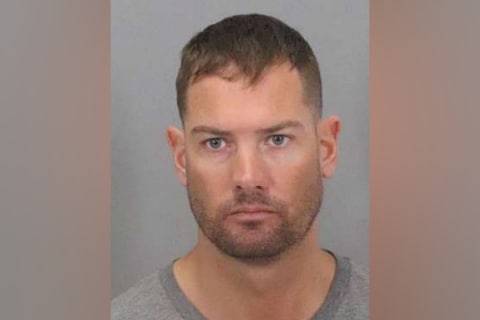 Morning Mix
‘I was just looking to get someone’: Snapchat’s gender-swap filter inspires a sting operation
“Whether or not the person is 16 is irrelevant,” San Jose Police Sgt. Enrique Garcia told KTVU. “If the suspect believes it’s a 16-year-old on the other end, the suspect should have terminated that conversation, specifically when it talks about engaging in sexual activity.”
Antonia Farzan 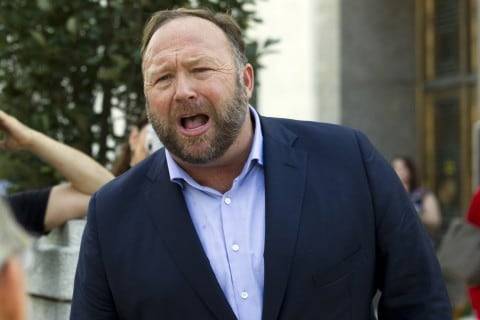 Pop Culture
Pepe the Frog’s creator just won a $15,000 copyright settlement against Infowars
Matt Furie has been enforcing his copyrights to stop right-wing figures from profiting off his creation.
Kayla Epstein 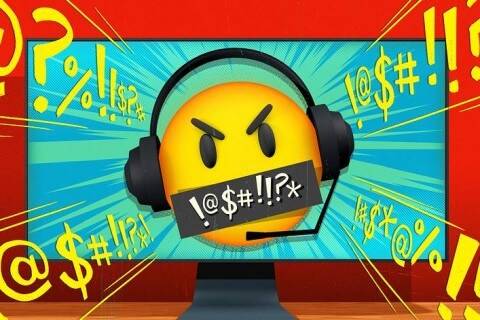 The Dark Side of Discord, Your Teen’s Favorite Chat App
With the rise of “Fortnite” and other popular online multiplayer games, the Discord chat service has exploded in popularity.
Wall Street Journal
CHECK-INS

The House Intelligence Committee on Thursday hosts a hearing on the "National Security Challenges of Artificial Intelligence, Manipulated Media, and Deepfakes."