The Technology 202: Amazon is clapping back at politicians on Twitter Amazon’s public relations Twitter account is starting to look a lot more like a political rapid response unit as the retailer increasingly becomes a punching bag for Democrats.

The company clapped back yesterday at Rep. Alexandria Ocasio-Cortez (D-N.Y.) and defended its $15 minimum wage for workers after she criticized Amazon chief executive and Washington Post owner Jeff Bezos for paying people “starvation wages” in an interview over the weekend:

.@AOC is just wrong. Amazon is a leader on pay at $15 min wage full benefits from day one. We also lobby to raise federal min wage. https://t.co/crWp5fPEzS

That's part of a broader pattern: The company has also sought to fact-check statements from 2020 hopefuls in between tweets promoting one-day shipping and its Kindle devices. It disputed former vice president Joe Biden's comments last week about how much it pays in taxes and pushed back in April on Sen. Elizabeth Warren's criticism of its treatment of competing sellers on its platform.

This is a marked change from the traditional tech industry strategy to keep an arms-length from the daily political debate and wait out 24-hour news cycles. But Amazon appears to be realizing that a quiet playbook doesn't work as the concentration of corporate power becomes a key 2020 issue for Democrats on the campaign trail -- who have no qualms with singling out specific companies.

“[Amazon] can’t afford to be passive about it,” said Larry Parnell, an associate professor of strategic public relations at George Washington University. “Corporate America is finding that engaging in the political process — like it or not — is part of doing business.”

Other tech giants such as Google and Facebook have also been in politicians' line of fire, but their Twitter accounts have not sought to take them to task on issues of the day. But Parnell says that makes them “easy prey” for politicians.

For Amazon, Twitter could be an avenue to quickly set the record straight when they feel prominent politicians are spreading false information about the company.

“Amazon is simply correcting the record when high-profile candidates or elected officials make statements about the company that are either incorrect or misleading,” said a person familiar with the company's thinking. “Errors and misunderstandings become accepted truths if they go uncorrected.”

But there is one person at which, notably, Amazon does not tweet. President Trump has repeatedly taken swipes at the company and Bezos — including to criticize his ownership of The Post — on Twitter since 2015. Amazon has never responded directly to those tweets, which like all of the president's tweets were widely fact-checked by journalists and other third-parties. Bezos himself responded once in 2015 before Trump took office, suggesting that he would send the president to space via his company Blue Origin.

Yet in the big picture, communications experts say as more of the political conversation moves to Twitter, more companies will likely follow Amazon's playbook and respond to politicians.

“It’s probably the new normal,” Parnell said. “Amazon is at the forefront of something here that we’ll see more of.” A call log displayed via an AT&T app on a cellphone in Orlando. (John Raoux/AP)

Tufts Medical Center in Boston received more than 4,000 calls in the span of two hours on one April day, the center’s chief information security officer told Tony. Windstream, the hospital’s telecom service, was unable to block the calls which appeared to be designed to scam the neighborhood’s Chinese population. A Tampa-based facility has been dealing with more than 6,000 robocalls a day, including calls that spoofed the hospital’s own phone number.

Advocates say these robocalls pose a “serious threat” to both consumers who may be duped into thinking a medical provider is calling them and emergency medical providers who lose precious seconds from the disruption.

“These calls to health-care institutions and patients are extremely dangerous to the public health and patient privacy,” Rep. Frank Pallone (D-N.J.) told Tony. “The FCC and [the] Justice Department need to go after these criminals with the seriousness and urgency this issue deserves.”

NIBBLES: Sen. Ted Cruz (R-Tex.) said he didn’t know whether Facebook should have taken down a doctored video of House Speaker Nancy Pelosi (D-Calif.), in a Washington Post Live interview with my colleague Tony Romm yesterday. “At the end of the day free speech is messy,” Cruz told Tony, before concluding that “if something is fraudulent, I think that’s a basis for taking something down.”

Cruz did not elaborate on whether he believed the video of Pelosi met that threshold, but said that there was a “difference between fraud and not liking what's being said.” Many other politicians said Facebook should have removed the video, which was edited to slow down Pelosi's speech and make her appear drunk.

Cruz pointed to the “subjective decision-making” at fault, citing a “lack of transparency” from Big Tech companies including Facebook, Google and Twitter. Cruz has long argued that these companies are biased against conservatives, and he contends that a handful of tech executives should not be making decisions about free speech. There is no evidence that the tech companies have been systematically biased against conservatives.

Cruz also explained why he has defended Infowars host Alex Jones -- who frequently spreads conspiracy theories online and was blocked by several major tech platforms. Cruz said he doesn't listen to what Jones says, but at the same time he came to his defense because he doesn’t “like that a handful of Silicon Valley Billionaires suddenly decided this voice should be silenced.” Twitch said that it has been unable to stop streamers “John and Jane Does 1 Through 100” from flooding the site with pornography, violent content including footage from the Christchurch, New Zealand shooting, and copyrighted materials in the lawsuit filed in California last week. The action seems to be driven by a network of bots, Burson reports. The trolls continued to post content from new accounts after individual bans.

“We worked with urgency to remove the offending content and suspend all accounts engaged in this behavior, and are taking measures to prevent this from happening on our service in the future,” a Twitch representative wrote in an email to Motherboard.

As Bloomberg News reporter Ben Brody points out, the suit could have implications for impending debate in Washington over Section 230 of the Communications Decency Act, which gives platforms broad legal immunity for content third parties post to their sites.

Very interesting! I wonder if the "when will tech take responsibility for content?"/230 cries get a little softer if you can get to the usually anonymous people posting the bad stuffhttps://t.co/wTUrskBhHF https://t.co/BKFFXH239R “I think we should have a debate in this area,” Warner said at an event at the Council on Foreign Relations yesterday. “If you can cause as much consternation by just slowing down a video of Nancy Pelosi . . . deepfakes are 10 times more challenging.” Warner, who points out that Facebook and Google provide more than half of Americans their news, said the tech companies have evolved dramatically since the protections were written in the 1990s, when lawmakers thought of the companies as "common carriers." 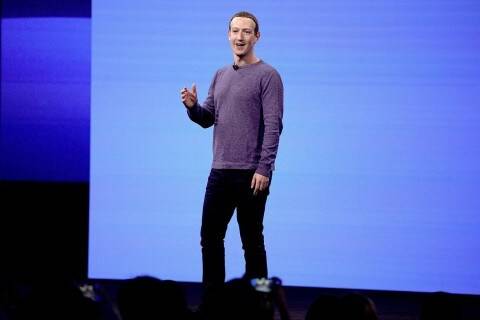 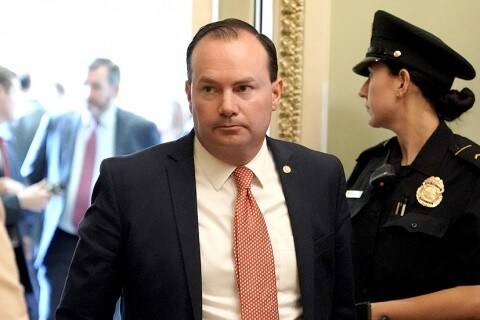 Top antitrust GOP senator criticizes division of tech probes
Sen. Mike Lee (R-Utah) on Monday penned an op-ed criticizing the federal agencies in charge of antitrust enforcement for divvying up their probes of the country's largest tech giants, saying only one agency should be in charge of investigating companies such as Facebook and Google.
The Hill 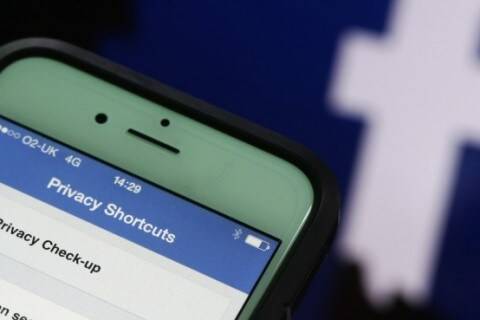 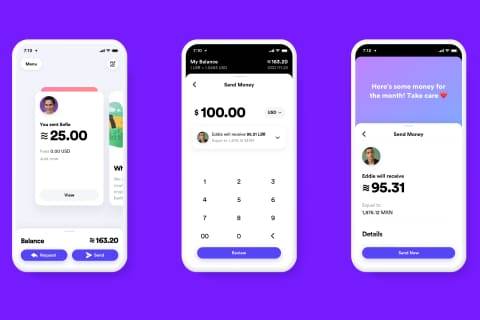 Innovations
Facebook launches Libra, its own cryptocurrency
The goal is to provide financial services to billions of people around the world who currently lack access to banking.
Peter Holley and Rachel Siegel 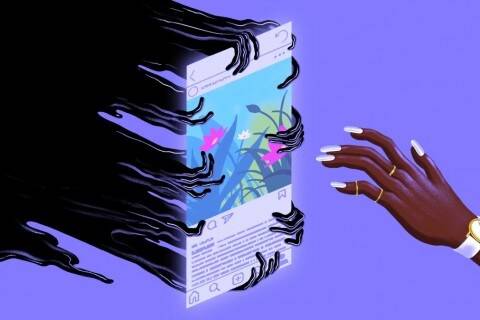 After Wave of Complaints, Instagram Tests New Methods to Recover Hacked Accounts
Motherboard previously reported how hackers were holding high-profile Instagram accounts for ransom, and how some influencers had to turn to white-hat hackers for help.
Vice 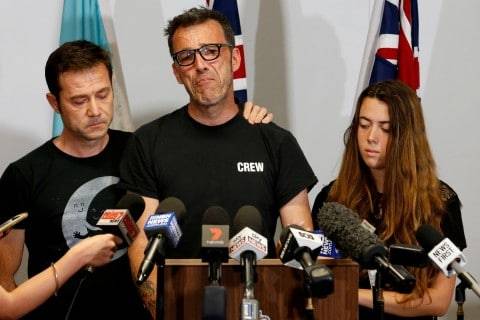 Technology
A missing backpacker’s father is begging WhatsApp for help
A backpacker in Australia went missing. His father asked WhatsApp to release his encrypted messages to help find him.
Liz Weber 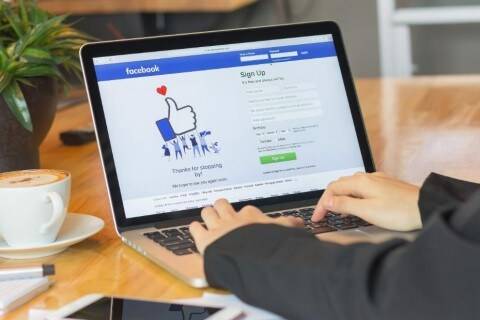 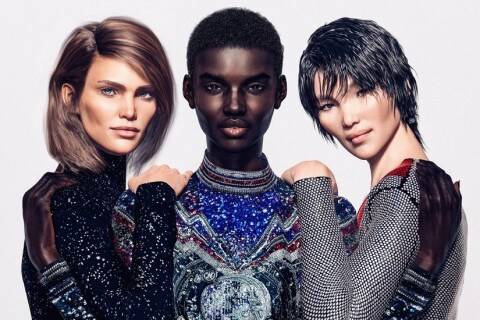 These Influencers Aren’t Flesh and Blood, Yet Millions Follow Them
From Calvin Klein to KFC, the rise of the computer-generated influencer on social media.
The New York Times 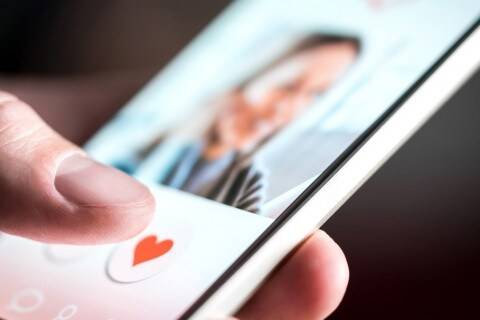 AI Could Usher in a New Generation of Catfishing
Deepfakes and AI-generated faces are making it harder than ever to tell who's real or not online, but there are some things you can do.
Vice 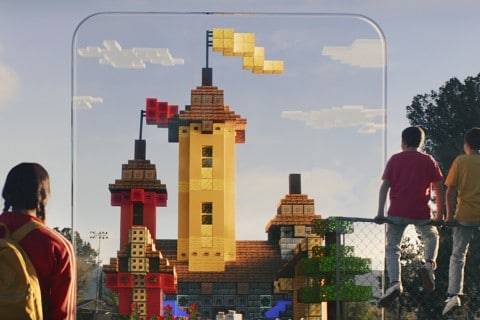 Video Gaming
Looking for a family-friendly video game? Give these new titles a look.
From 'Minecraft Earth' to 'Bee Simulator,' here are the best family-oriented titles from E3 2019.
Harold Goldberg
CHECK-INS

A video parodying Boston Dynamics might make you even more worried about an impending robot revolution.