The Technology 202: Amazon was the only tech giant called out on the debate stage

Amazon was the only technology company name-checked in last night’s debate, underscoring how the e-commerce giant is emerging as a bogeyman for 2020 Democratic presidential candidates eager to challenge corporate power.

Sen. Cory Booker (D-N.J.) called out the company -- as well as the party’s longtime target Halliburton -- for not paying corporate taxes after moderator Savannah Guthrie pressed him on whether he would single out companies like his rivals. Booker’s decision to lump the Seattle titan in with the global oil services company with deep ties to Dick Cheney underscores how Amazon’s political position has deteriorated on the left.

“I will single out companies like Halliburton or Amazon that pay nothing in taxes and our need to change that,” Booker said. (Amazon chief executive and founder Jeffrey P. Bezos owns The Washington Post).

Income inequality has emerged as one of the top issues for Democrats in 2020, and few examples illustrate the uneven playing field in the U.S. more aptly than profitable companies avoiding paying corporate taxes. Amazon emerged as the symbol of that issue after the company received a federal tax rebate of $129 million on income of $10.8 billion last year, according to a report compiled by the Institute on Taxation and Economic Policy.

Amazon and Halliburton were among 60 Fortune 500 companies that did not pay income taxes last year, according to the same report. The companies on the list represented a diverse range of businesses, including airlines and car-makers. Other tech companies cited by the report include IBM, Netflix and Activision Blizzard.

Facing an onslaught of criticism, Amazon has had to adopt a new playbook, often responding to criticism from individual candidates and other prominent Democrats like Rep. Alexandria Ocasio-Cortez (D-N.Y.) on Twitter. The company has not yet tweeted at Booker post-debate, but it did clap back at Biden recently when he levied a similar attack. Amazon said the candidate's issue was with the U.S. tax policy, not an individual company:

We’ve paid $2.6B in corporate taxes since 2016. We pay every penny we owe. Congress designed tax laws to encourage companies to reinvest in the American economy. We have. $200B in investments since 2011 & 300K US jobs. Assume VP Biden’s complaint is w/ the tax code, not Amazon. https://t.co/uPUv1Tzlma

Democrats aren’t just challenging Amazon on corporate tax issues. They’ve also slammed the company on its salaries for warehouse workers and Warren wants to break up the company.

The attacks on Amazon come as the Democratic Party’s relationship with the tech industry has rapidly grown icy. Tech companies have taken a beating during this primary -- in a sharp departure from the Obama era, when the industry was a key fundraising source for Democrats and many administration officials went on to take positions in Silicon Valley after leaving the White House.

Booker's Amazon name check was especially significant as he has raised significant sums from the tech industry and was a big early adopter of its platforms. The Stanford University graduate tried to persuade the company to move its second headquarters to Newark, N.J., after the company pulled its plans to move to New York last year. Booker was also among the candidates who received donations from former Obama press secretary Jay Carney, who now serves as vice president for worldwide corporate affairs at Amazon, according to a report by The Intercept. Carney also donated to Sen. Kamala Harris (D-Calif.), Beto O'Rourke and Mayor Pete Buttigieg.

Silicon Valley issues overall got less air time than the NBC moderators’ hot microphone snafu. Other tech companies under immense political pressure, including Google and Facebook, were notably not mentioned by the candidates. When Booker was asked about whether he would break up Facebook, Google and Amazon, he did not directly address competition and pivoted toward corporate consolidation, attacking both the pharmaceutical and agricultural industries. He later stated his position on antitrust law.

"And when it comes to antitrust law, what I will do is, number one, appoint judges that will enforce it, number two, have a DOJ and a Federal Trade Commission that will go through the processes necessary to check this kind of corporate concentration," Booker said. "At the end of the day, we have too much of a problem with corporate power growing."

BITS: Facebook chief executive Mark Zuckerberg didn't pull any punches when it came to criticizing the U.S. government for failing to take "counter-action" after the 2016 election, in a wide-ranging interview yesterday at the Aspen Ideas Festival with ex-Obama official Cass Sunstein. Zuckerberg said it signaled to the world "we're open for business" to foreign actors like Iran, who have increased their attacks on Facebook.

"As a private company, we don't have the tools to make the Russian government stop. We can defend as best as we can, but our government has the tools to apply pressure to Russia, not us." Zuckerberg said. "We've ramped up very massively on the security side but there's very little we can do to change the incentive for nation states. That's a little bit above our paygrade."

Facebook is "currently evolving" on its policy for videos manipulated with artificial intelligence, also know as deepfakes, and is consulting experts, Zuckerberg said.

"We’re passed the point where it makes sense for Facebook to unilaterally make decisions," said Zuckerberg. Facebook introduced an appeal process for its content decisions earlier this year and will soon be introducing an independent content oversight board. NIBBLES: President Trump said the U.S. government  “should be suing Google and Facebook and all that,” and then went on to say that “perhaps we will,” in an interview with Fox Business Network yesterday. The president added that legislation was also a possibility to address growing concerns in Washington about the industry. Though he didn’t dive into a basis for legal action, he took special aim at Google for “trying to rig the election,” and alleged that Twitter made it more difficult for users to follow him.

The president's comments came as the White House announced a July meeting for digital leaders to discuss the “opportunities and challenges of today’s online environment” following the remarks yesterday, my colleague Tony Romm reports. The Trump administration has for years rallied his base by alleging the tech industry is biased against conservatives, even though the companies vehemently deny these charges and there is no definitive evidence that the companies are systematically biased against one political group.

Both parties have expressed greater interest in regulating Big Tech in recent months but, as Tony points out, Trump’s reference to lawsuits could anger Democrats who are concerned about the executive office influencing decisions at the Department of Justice and Federal Trade Commission to punish his political enemies.

Antitrust fervor in D.C. and allegations of conservative bias hasn’t stopped Trump from using tech platforms; the Trump campaign took out prominent ad space on YouTube yesterday in advance of the Democratic debates. US President Donald Trump listens during a working lunch with governors on workforce freedom and mobility in the Cabinet Room of the White House in Washington, DC on June 13, 2019. (Photo by MANDEL NGAN / AFP)MANDEL NGAN/AFP/Getty Images

BYTES: Reddit’s gathering place for Trump supporters, “r/The_Donald” has been "quarantined" after the forum permitted calls for violence towards police and public officials involved in a legislative dispute in Oregon, my colleagues Drew Harwell and Craig Timberg report.  Today’s decision stands to inflame ongoing debates over tech’s role in censoring violence and hate speech and fuel allegations that tech companies are biased against conservatives.

Users looking to visit The_Donald, which has about 750,000 subscribers and describes itself as a “rally” in support of Trump, will now be met with a warning that the section violates Reddit's rules about content inciting violence. In the past  users on "The_Donald"  also encouraged participants to attend events like the deadly white nationalist rally in Charlottesville, Va., reports Will Sommer at The Daily Beast.  But this is the first time the forum has seen any sort of strict restriction from the site.

The White House did not respond to a request from comment from the Post, but Tim Murtaugh, a spokesman for Trump’s 2020 re-election campaign told Drew and Craig that “we remain concerned about practices of various social media platforms and their efforts to silence conservative voices and supporters of President Trump.”

The potential for fringe-platforms like Reddit to incite online violence has been the subject of Congressional inquiry as lawmakers try to address online extremism. 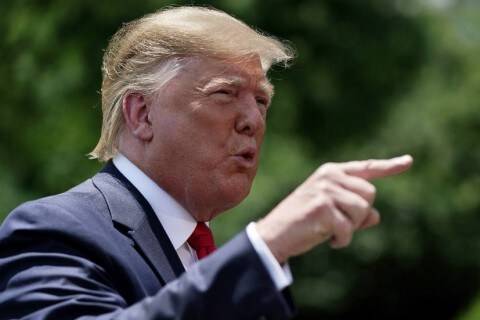 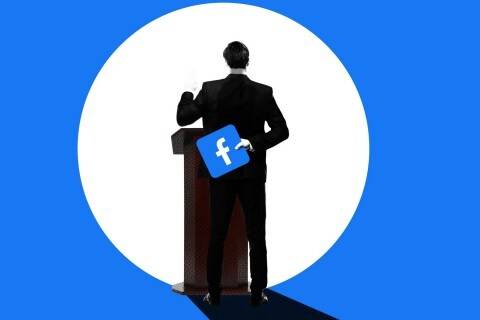 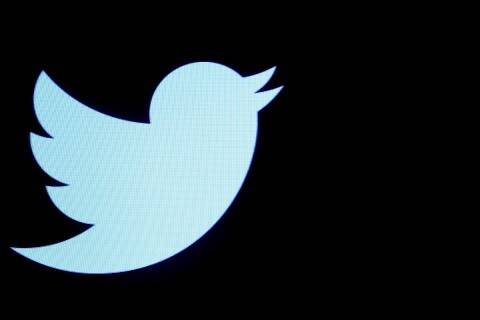 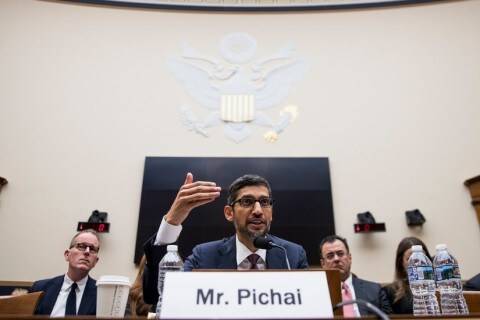 Google and the University of Chicago Are Sued Over Data Sharing
The lawsuit demonstrates the tension between building A.I. systems and protecting the privacy of patients.
The New York Times 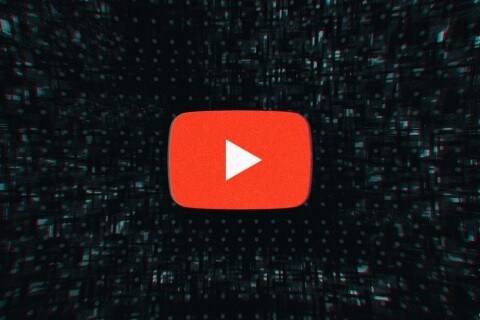 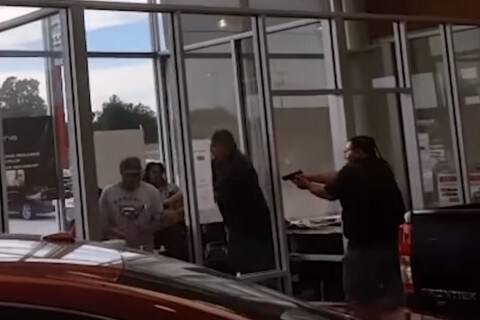 Black Market T-Mobile Location Data Tied to Spot of a Triple Murder
In 2017, two bounty hunters and a fugitive died in a chaotic shoot-out. Shortly after their deaths, someone started tracking one of the bounty hunter's phones.
Vice 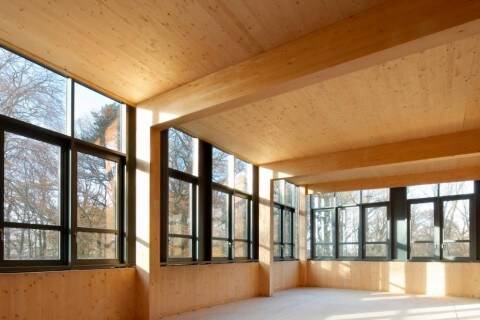 Tech companies are stepping back in time to fight climate crisis
Wood was thought to be ill-suited for constructing apartment buildings and office towers. But timber is enjoying a renaissance, thanks in part to climate change.
CNN
#TRENDING 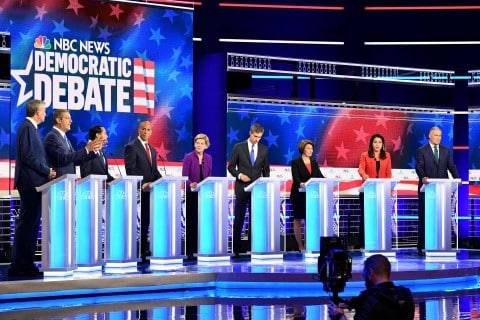 Politics
Who were viewers Googling during the first Democratic debate? Booker and Gabbard.
The biggest single spike, though, went to Bill de Blasio.
Philip Bump 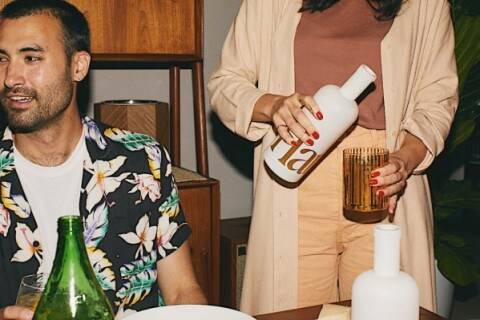 Millennials don’t want to get drunk. What do they want? Apéritifs
Haus launches today with $1 million in pre-seed funding.
TechCrunch
Subscriber sign in